Home > Web3: The Decentralized Internet Of The Future >

Web3: The Decentralized Internet Of The Future

The internet is one of the greatest inventions that helped usher in the prosperous era of globalization and interconnectivity, allowing people from all across the world to interact, socialize, trade, and collaborate.

However, the internet is also a huge business enterprise, and has thus evolved in negative ways where large corporations and tech companies have come in and created walled gardens by monopolizing certain products and apps such as search, advertising, entertainment, and software. As a result, the internet has become fragmented and not as open and democratic as originally planned.

In its early days, the internet was represented by static HTML pages and Internet Relay Chats akin to electronic walls of text that only allowed limited interactivity.

Today, however, we have dynamic social media websites and interactive applications — essentially read + write. But Web3 symbolizes the next iteration of the internet where users can read + write + own. This is what Web3 is all about, owning the content, data, and property that you have purchased in cyberspace. 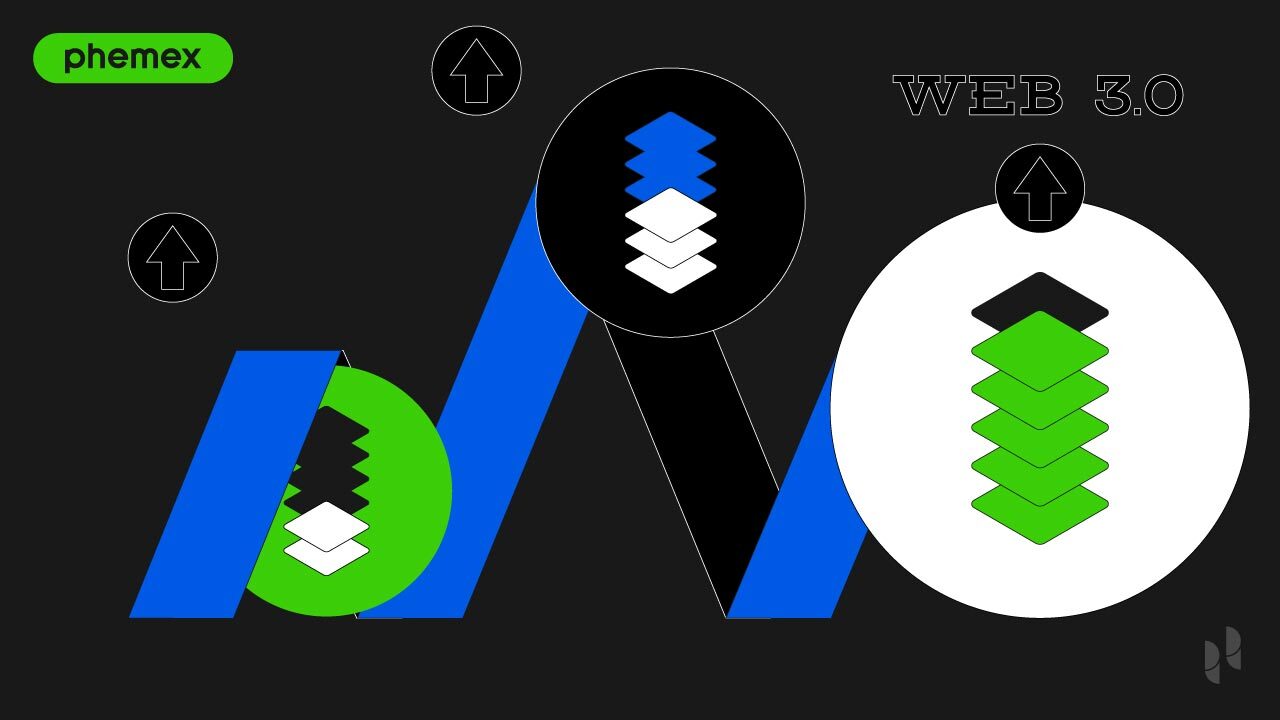 Web3 is the internet’s next iteration that grants people more power by giving them ownership over their personal data and online property. Web3 is powered and financed by blockchain technology, NFTs, and cryptocurrencies.

Data ownership is the first segment Web3 is aiming at. This is because Web3 fixes Web2 data ownership issues by incorporating emerging technologies such as cryptocurrencies, blockchain, NFTs, and decentralized data centers.

Although the current version of the internet (Web 2.0) boasts an active user base of over half of the world’s population, it’s subject to centralized control, heavy surveillance, and exploitative advertising by multinational corporations.

Web3 is the next generation of the Web2 internet that promises to bring back Sir Tim Berners’s original vision of an open, trustless, and permissionless network. Let’s take a brief look at the internet’s history to better understand the foundations for a new Web 3.0.

Evolution Of The Internet: A Brief History

At the very beginning, Web 1.0 was nothing more than a private network of connected computers sharing information. Early users of this internet had to ask for permission to connect or be online. However, Berners-Lee, the inventor of the World Wide Web, quickly realized that the internet’s full potential would be best achieved through a platform accessible by anyone.

Web 1.0 is best characterized as an internet user going to his or her desktop, opening Internet Explorer or AOL, visiting a static website, reading and sending an email, and leaving the internet. It was purely static content consumption and textual communication based.

On Web 2.0 (beginning around 2003-2004), instead of boring static HTML pages, suddenly, anyone could create interactive websites with any content they wished to upload. As speeds, servers, and developers’ skills improved, this gave birth to new types of online applications such as the social media or video game streaming sites that we’re accustomed to today.

Web 2.0 also gave rise to big tech companies such as MySpace, Facebook, Google, Youtube, Microsoft, Apple, Amazon, and internet providers such as Verizon, AT&T, and T-Mobile expanding their operations and client base to greater portions of the population.

However, the problem with Web 2.0 was that personal data and privacy protections were weak, and these companies began capitalizing on user data and employing advertising in their business models.

This is the biggest catalyst that led to the idea of Web 3.0, in particular, Facebook data scandals, as well as gaming and tech companies enacting walled gardens that frustrated users to the brink of leaving the ecosystem and creating public permissionless blockchains.

Web 3.0 & The Layers Of The New Internet

Because Web3 is trying to replace the entire tech stack, front-end, and back-end of the current internet, as well as disrupt the business models of the world’s largest tech companies, there are multiple segments and layers that it encompasses.

Below is a breakdown of the current Web3 tech stack as well as popular segments that have already started developing.

The current challenges to Web3 can be summarized as apps having poor user experiences, poor graphics and design, poor security protocols, lack of bad actor accountability, marketing, failure to deliver on promises of decentralization, scams, and lack of use cases.

However, it’s important to remember that Web3 has only been in the mainstream discussion for the past year and a half, so the industry is relatively young. During the current bear market we’re continuing to see plenty of development, so it won’t be until the next bull run and adoption wave happens where we’ll see the fruits of Web3’s recent improvements.

The first thing to do to access Web3 in 2022 is to download a blockchain/cryptocurrency wallet (MetaMask) and register an account on an exchange like Phemex. Once you do this you now have the ability to connect your wallets to various apps such as StepN and StepWatch, two Web3 exercise-to-earn apps, and metaverse platforms such as Decentraland and The Sandbox.

However, in order to use these Web3 apps and services, you’ll need to fund your blockchain wallet with specific cryptocurrencies that are native/compatible to the specific application.

For example, on StepN you’ll need Solana, and on Decentraland you’ll need Ethereum and MANA. Each application will require payments in their tokens or the native blockchain’s cryptocurrency. So that’s step 2.

Step 3 is after you’ve created a wallet, funded your wallet, and explored various apps that you’ll want to try, is just enjoy the experience and learn about improving your investment capabilities by using decentralized exchanges, lending and borrowing platforms, become a liquidity provider or a staker, and start participating in decentralized governance. Doing these things will truly make you an expert Web3 user.

The cryptocurrency market cap is around $1 trillion, but under the general market are segments of layer 1 blockchains, cryptocurrency coins that specialize only as currencies, and a whole host of gaming tokens, infrastructure services, data applications, smart contract platforms, stablecoins, and Web3.

The easiest way to invest in Web3 and the Web3 cryptocurrencies above are to purchase them on the spot and contract markets on exchanges like Phemex. Phemex has all the above mentioned pairs on its trading platform for users to buy and trade. Once you’ve purchases the coins and tokens, you can then freely transfer them around to the relevant blockchain ecosystems and DeFi applications.

What The Future Holds for Web 3.0

AI-driven services, decentralized data architectures, and an Edge Computing infrastructure are the cornerstones of Web 3.0. With the advent of blockchain technology, machine learning, and IoT, the world is ready to embrace an internet where machines interact and share data without a third party. With time, Web 3.0 will bring about a fairer internet. Users will not only get personalized information but will also get back control over their data. This will likely escort us away from the exploitative internet full of centralized profit-seeking entities that we have today. Though there are many challenges ahead, and it may take a considerable time to make substantial progress, it is encouraging to know that there are many experts working towards this goal.

Register on Phemex and begin your crypto journey today