What is Enjin Coin: Virtual Economies and Assets

Enjin Coin (ENJ), launched in 2017, is an ERC-20 token and smart contract platform developed for gaming and content delivery applications. At the time of writing, ENJ is trading at $2.75 with a circulating supply of 834 million coins for a total market cap of $2.293 billion. What is Enjin and Enjin Coin?

ENJ acts as a platform for the management, distribution, and trade of virtual goods. The coin serves as a digital backing of value for non-fungible tokens (NFTs) – primarily gaming assets such as weapons, armor, and crafting materials – on the Ethereum network.

Built around the concept of digital assets, ENJ positions itself within an ecosystem providing a low-fee payment gateway designed to facilitate microtransactions. ENJ’s smart wallet also includes a novel subscription feature, allowing users to set up automatic and recurring payments to trusted platforms and services.

You can Now Trade ENJ on Phemex!

When a digital asset is created, its corresponding value in ENJ is removed from the Enjin ecosystem. Owners of the digital asset can also destroy it at any time to retrieve at least half of its ENJ value through a process called “melting”. Enjin claims that this process increases user control and protects against inflation, as creating an asset reduces circulating supply.

What is enjin coin used for?

Enjin allows developers to create unique currencies specific to their own applications backed by ENJ. Because all assets are recorded on the same type of smart contract, they are all recognizable by any Enjin Wallet. Assets can even be transferred between developer platforms, unlocking strong potential for cross-functionality. ENJ aims to empower developers by offering a strong medium of gamification, platforms and SDKs to fully integrate their virtual economies. By cutting out middlemen payment processors such as PayPal or Stripe, the coin also offers improved profit models and chargeback protection.

Gamers themselves benefit through true ownership of their digital assets, as well as mechanisms that allow them to “cash-out” at any time. In addition, an escrow system and other guarantee mechanisms protect gamers from the digital fraud that plagues many other virtual economies.

ENJ is also piloted across community applications, where it has been used to create incentives for user participation and contribution. To help drive engagement and provide community rewards, platforms such as Microsoft Azure use Enjin to mint rare NFTs. The Team Behind ENJ

ENJ is developed and maintained by Enjin, a Singapore-based company that operates an ecosystem of gaming products built on the blockchain. Originally founded in 2009 as a multi-game platform by CEO Maxim Blagov and CTO Witek Radomski, Enjin pivoted heavily towards digital items and collectibles in 2017.

Blagov has experience in creative direction, software project management, marketing, and software design. Radomski is well known for his technical contributions to the crypto space, having written the code for one of the first-ever NFTs and co-written the ERC-1155 standard for ETH.

Unlike many other cryptocurrencies, ENJ was built into an existing platform and community ecosystem. When the coin was launched, Enjin already boasted 18.7 million users making millions of dollars of virtual asset trades per month on its platform.

The History of ENJ This rise is driven by various factors, including an increased interest in NFTs and the maturation of the Enjin platform. The recent release of the Enjin JumpNet and the announcement of a variety of novel game applications have also captured the market’s attention.

What Games use Enjin Coin?

Following the ENJ’s ICO of $18.9 million in late 2017, Enjin began developing a comprehensive ecosystem to facilitate the management, exploration, distribution, and integration of blockchain assets. The team has since managed to develop a variety of powerful NFT technologies and applications, including the following:

This open-world RPG integrates ENJ to provide a crafting system through which players collect recipes, gather resources, and create items on the blockchain. Players can also buy, sell, and trade any tokenized in-game item, creating a truly decentralized virtual economy.

The Six Dragons also features its own governance tokens, which Enjin describes as a mix between DeFi and NFTs. These tokens grant a new level of player control by allowing holders to vote on features for the developer team to implement. Players that hold these governance NFTs receive a portion of all fees generated from on-chain transactions, such as crafting, enchanting, and item tokenization.

This single-player adventure game includes a variety of innovative NFT integrations, which provide features ranging from special abilities to unlocked secret areas. The game operates as a story-driven treasure hunt backed by ENJ.

The game includes a hundred hours of crypto puzzles that require specific items from a blockchain-based inventory to solve, containing various BTC, ENJ, and NFT rewards. All these puzzles culminate in one massive treasure trove, creating a real-time, real-value virtual treasure hunt between players across the globe. 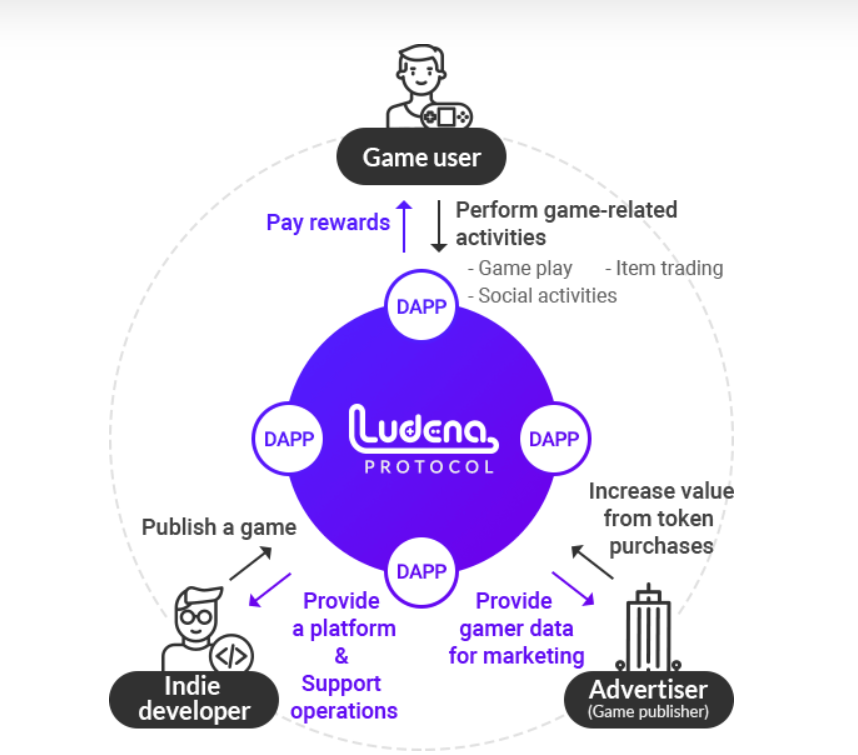 GameTalkTalk’s users earn LDN by completing hand-crafted challenges from games by companies such as Blizzard and Sega, participating in community events, and playing in-app minigames. These coins can then be redeemed for a variety of virtual assets in a sophisticated gamified system.

In addition to avatars that can be fully customized through NFT outfits, users can use LDN to buy NFT real estate, such as a canvas for personal expression. Users can fill their home with interactive NFT pets, and anyone can design and trade their own virtual content.

Is Enjin Coin a Good Investment?

Enjin is betting on two clearly defined applications — NFT and gaming. ENJ’s risks lie not in the games market itself, which surged following worldwide lockdowns, but rather in the challenge of attracting gamers and developers.

ENJ is of little value if there aren’t any successful games to spend it in. As such, the Enjin team is aggressively investing into expanding their platform ecosystem to improve integration.

One positive sign for ENJ is its recent success with regulatory authorities and new prestigious partnerships. On January 19, ENJ passed Japan’s strict regulatory guidelines to become the first cryptocurrency whitelisted for gaming applications in the country.

The prospect of further adoption in Japan, one of the world’s largest gaming markets, builds on the coin’s strong track record in Asia. For example, earlier in 2020, Enjin announced that ENJ was “certified and compliant” in China following state regulatory agencies’ approval.

ENJ has also established a strong partnership with Microsoft community applications. In addition to NFTs for the Azure community, ENJ is used to mint Minecraft-compatible NFTs for Azure Space Mystery, an interactive educational game developed by Microsoft.

Minecraft has long been one of the most active communities on Enjin, even before the company moved onto the blockchain. Enjin was able to implement further cross-game functionality with its longstanding EnjinCraft app, which was upgraded with support for NFTs.

More recently, Enjin has raised another $18.9 million from investors including the Digital Finance Group to fund the development of Efinity. Efinity is a “futuristic cross-chain NFT highway” built as a parachain on the Polkadot network. According to Enjin, the purpose of Efinity is to develop an NFT-focused blockchain that cuts down on transaction fees and time.

It should be noted that Efinity will not be using ENJ, but rather its own native currency called Efinity Token (EFI). While a move to focus on Efinity may be concerning for ENJ holders, the team plans to allow the staking of ENJ to earn EFI. Enjin has stated that 15% of EFI will be reserved for ENJ staking operations.

The Outlook for Enjin (ENJ)

Should ENJ manage to find its footing in gaming applications, it could drive vast player-based economies proven by games such as Eve Online. The prospect of real-world value is a proven incentive across both gaming and community applications and could serve as a key driver of ENJ’s future growth.

ENJ boasts a relatively mature ecosystem compared to most cryptocurrencies, built on an existing platform and supported by the team’s aggressive investment into further integration and growth. Enjin’s early adoption and technical contributions to NFT should serve it well as the demand for NFT applications continues to grow rapidly.

Enjin’s regulatory and operational success in Asia is significant and may be a key area of future growth. This success also gives Enjin’s core applications a significant advantage, given the large micro-transaction-heavy game industries in Korea, Japan, and China.