Scroll down to see more 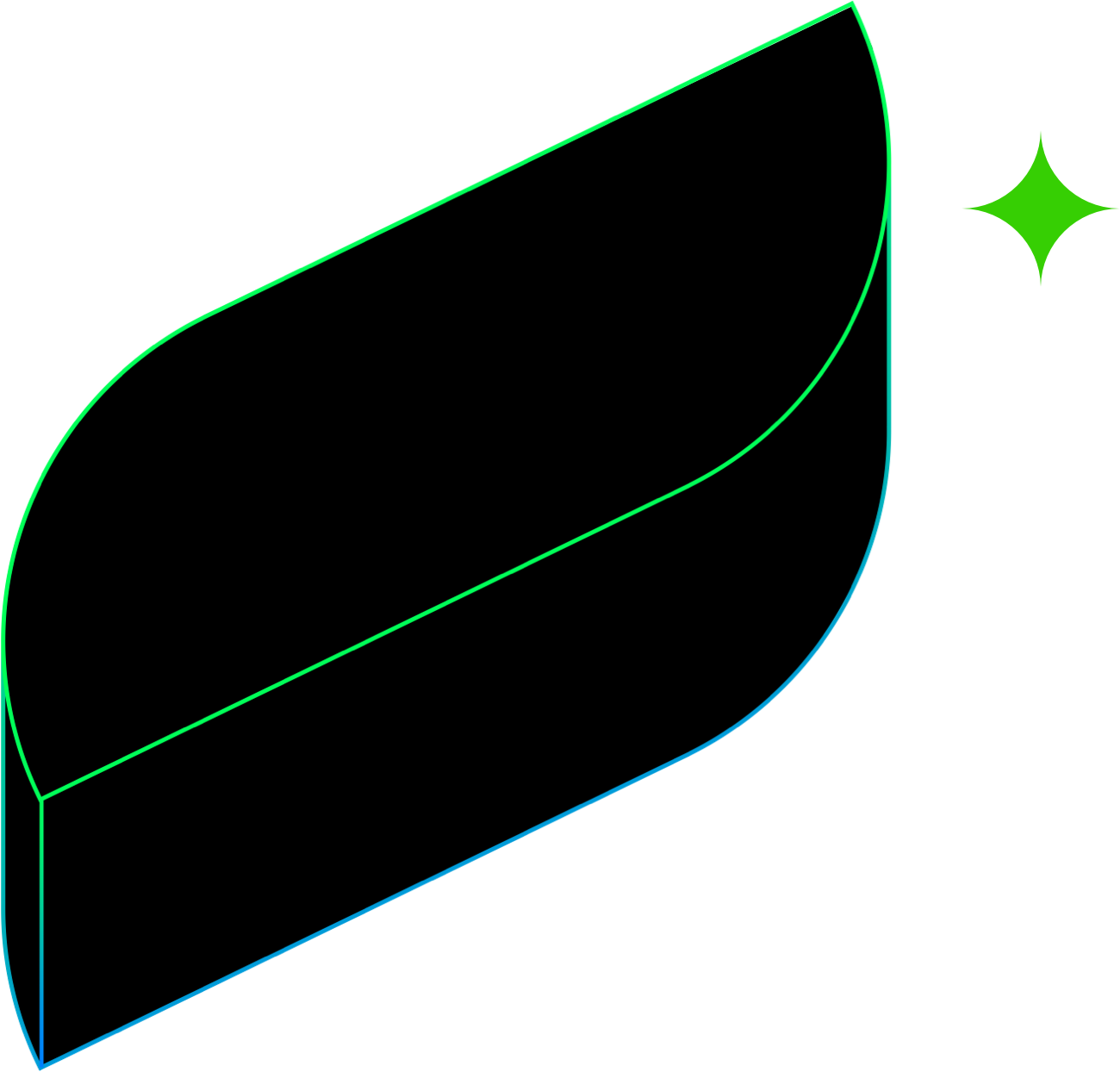 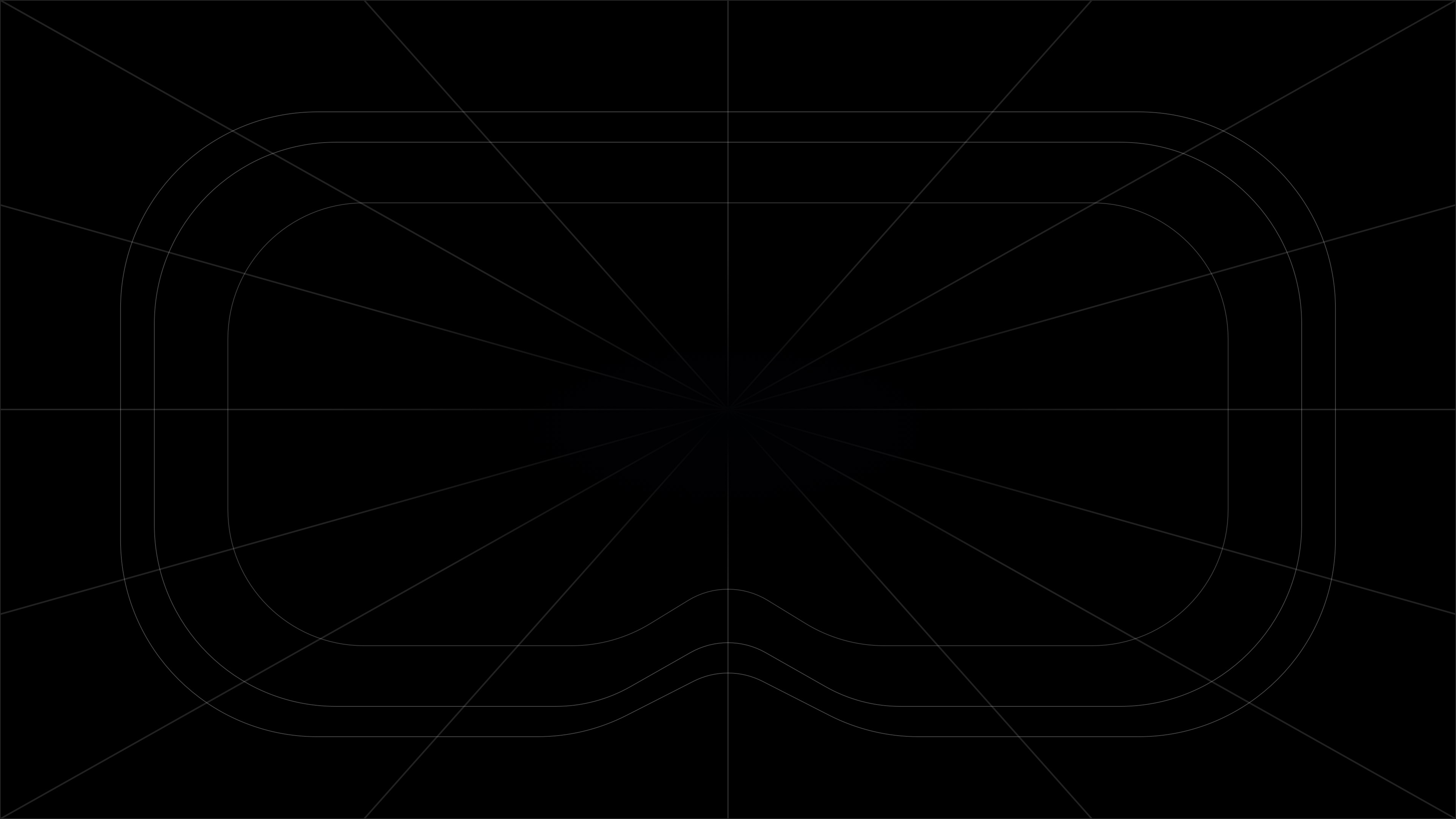 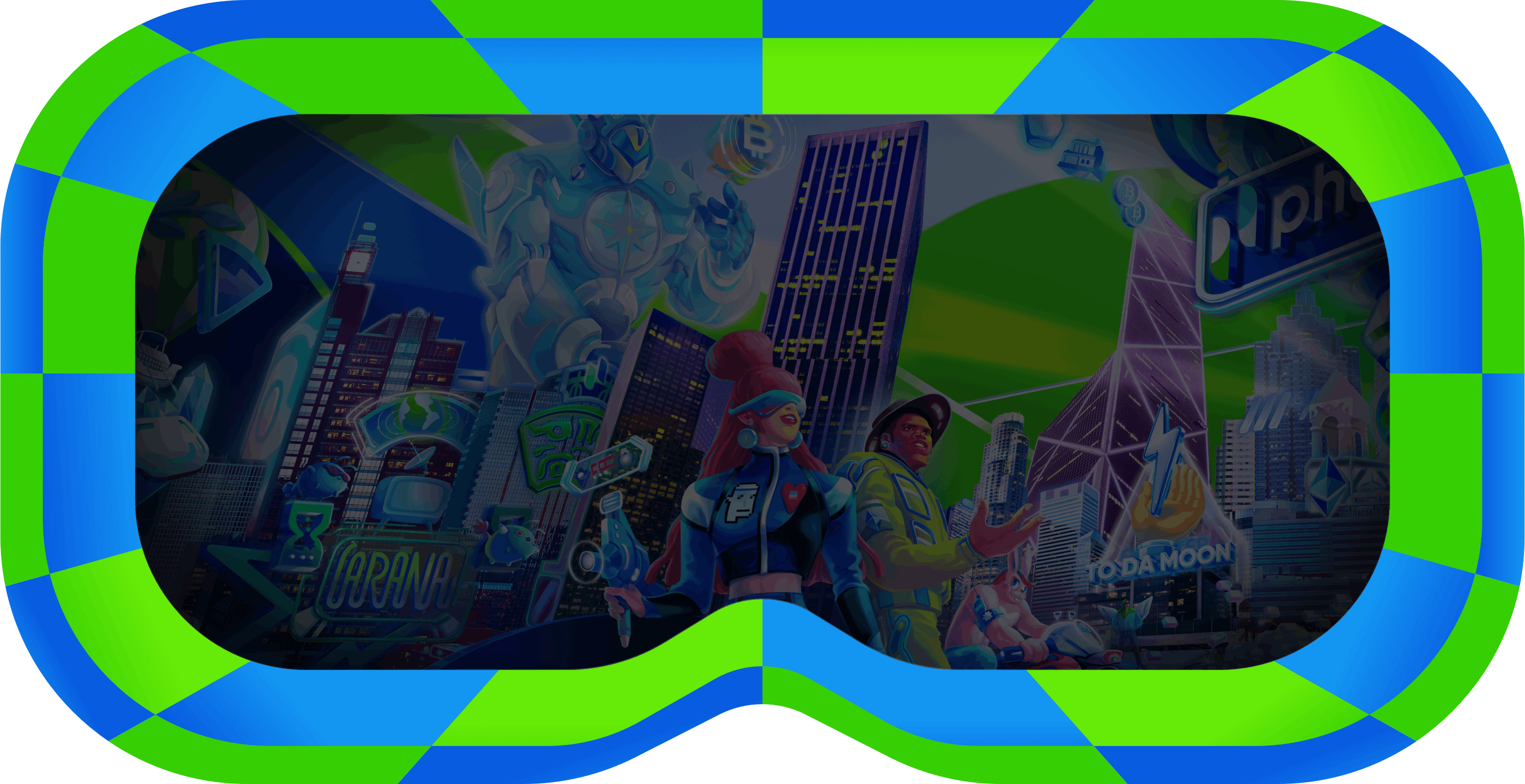 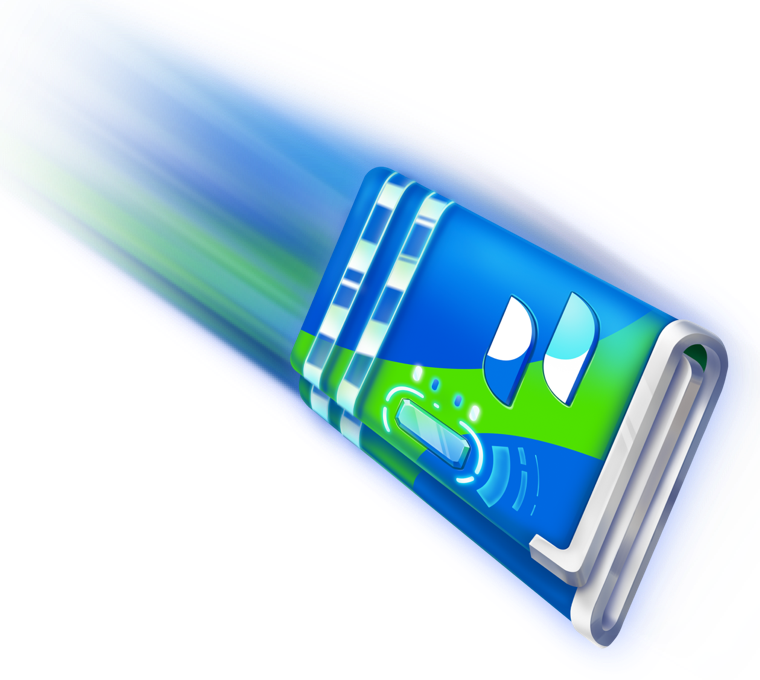 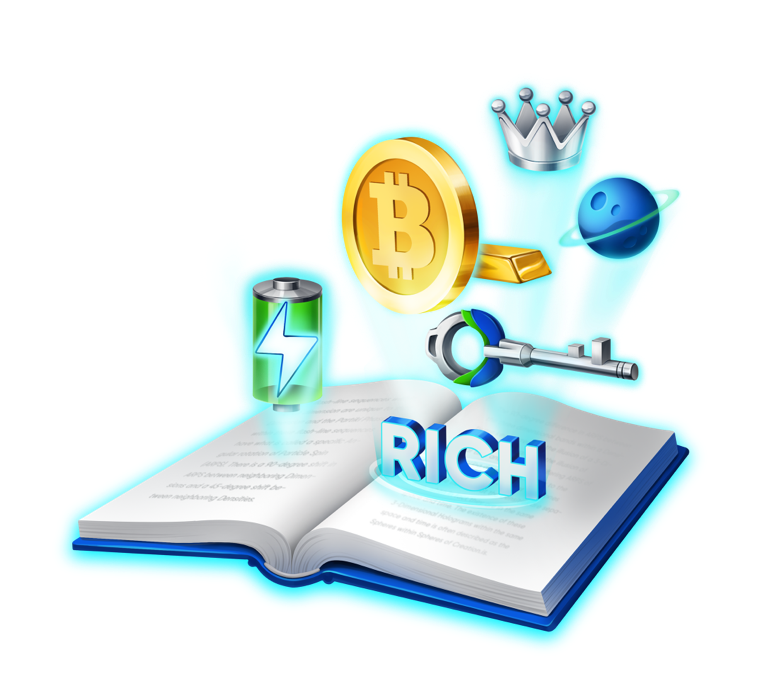 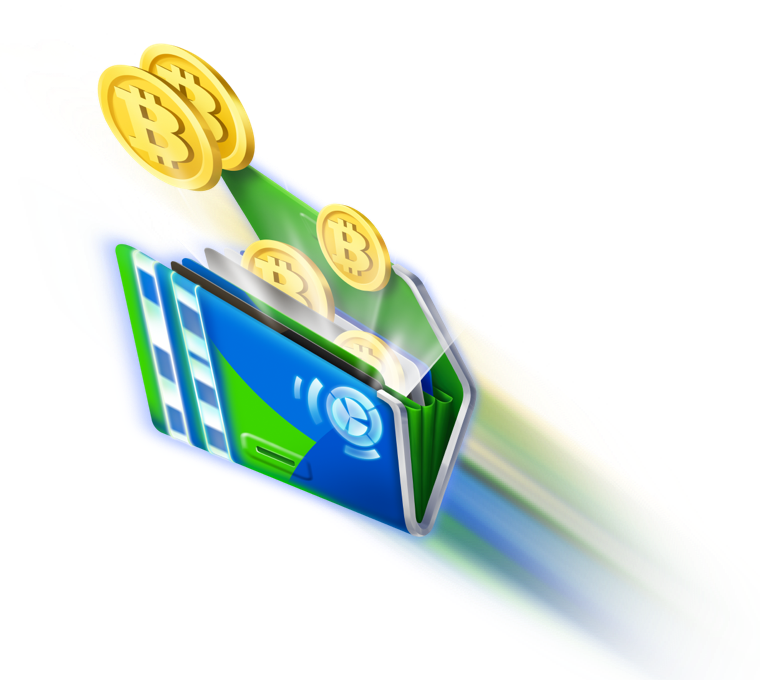 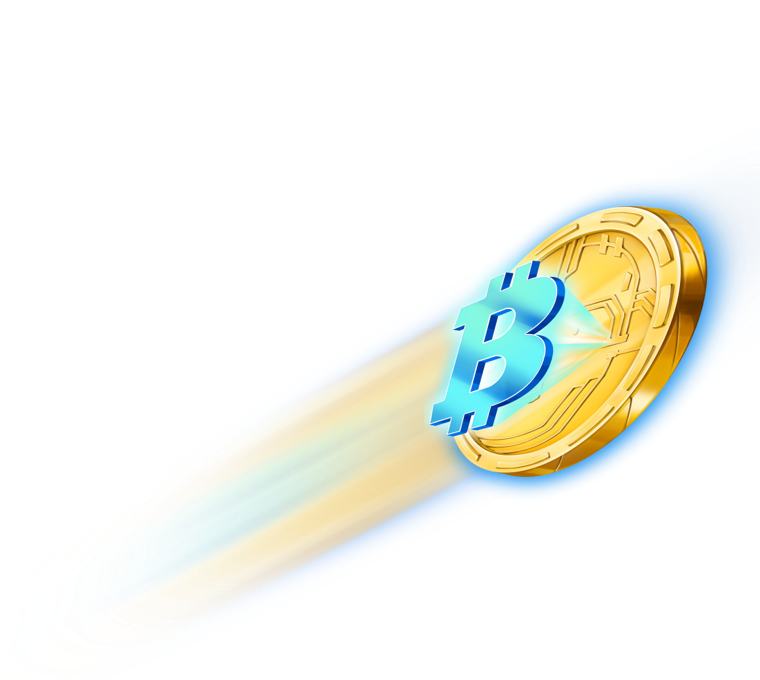 Our Vision
Universalize fair financial access beyond backgrounds, borders, and beliefs
We leverage cutting-edge technology in pursuit of equality and justice. The latest innovations and investment opportunities must be available to everyone. No matter who, no matter where, and no matter why…nobody is left behind. 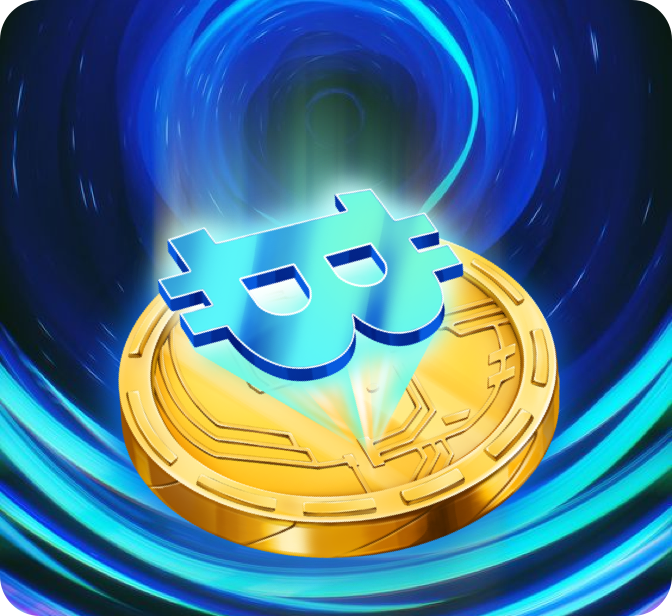 Our Slogan
Break Through Break Free
Phemex believes in giving every individual boundless opportunity and an equal foundation. Break through to a paradigm of limitless possibility, and break free to craft your own financial destiny. 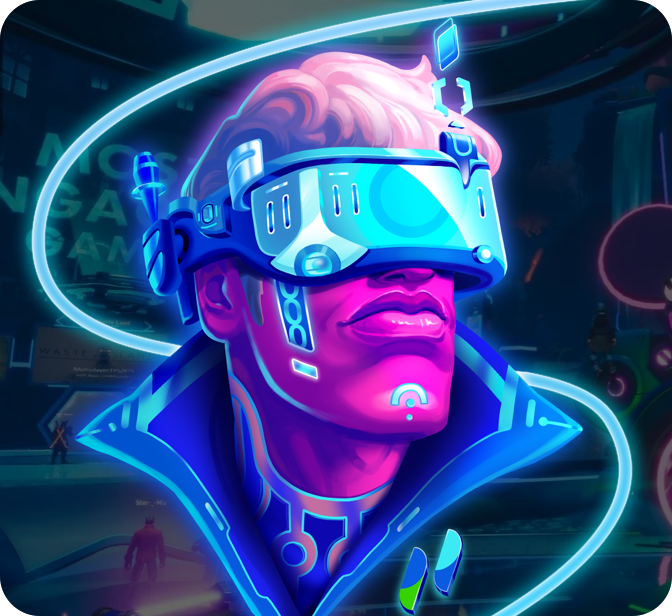 Our Mission
Provide excellent investment opportunities for all to leverage their full capacity
From day one, we’ve strived to empower the individual. We want to give everyone the access, tools, and know-how to maximize potential and achieve financial success. We sincerely believe this to be a fundamental right of every individual. 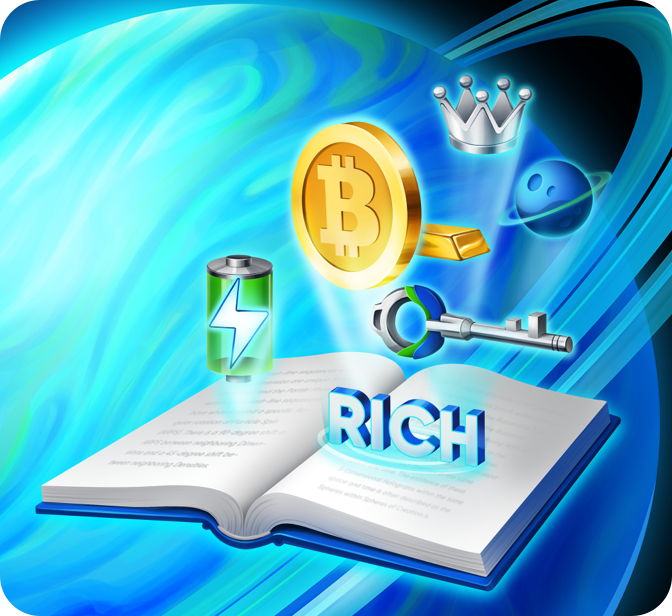 Our Logo
Phemex derives from the combination of Pheme and MEX.
The shape of our logo depicts a leaf from the laurel crown worn by Pheme, the Greek goddess of fame. The logo represents the feathers in her wings that embody “glory." They are signs of bravery, elegance, and wealth. 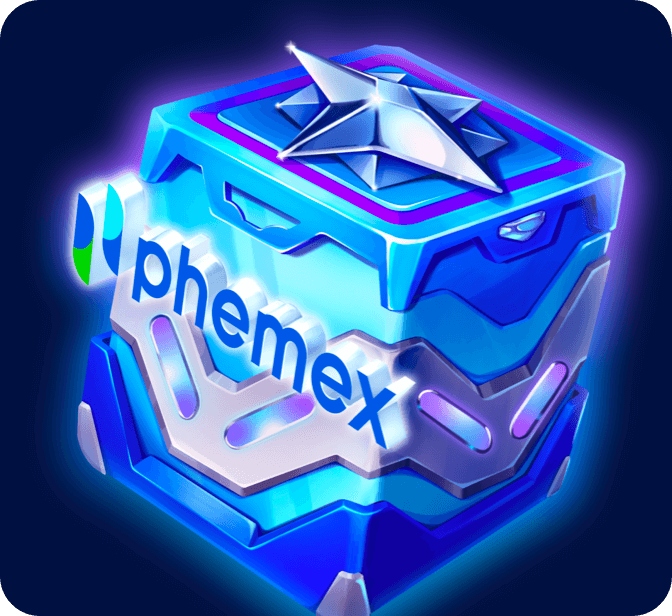 Our Value
1. Embrace Change
Unpredictability has become the new normal. Only by constantly adapting to new environments, can we emerge stronger from every major shift. We look to continuously optimize our services every single day. 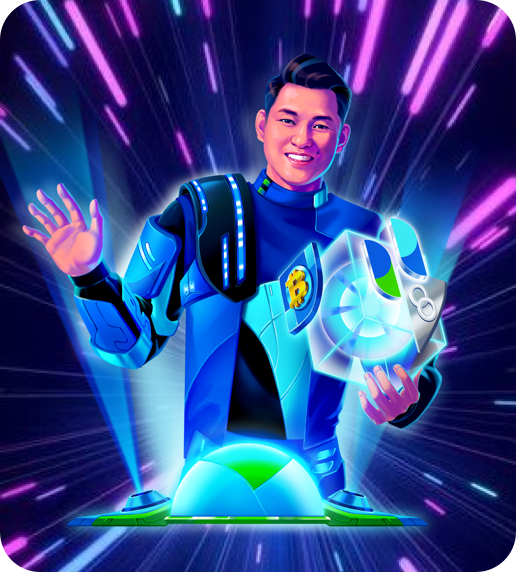 2. Act Swift
Our mission injects us with purpose, and our vision inspires us to relentlessly execute. In order to support you, we move forward with speed and daring, because your triumph is our ultimate motivation. 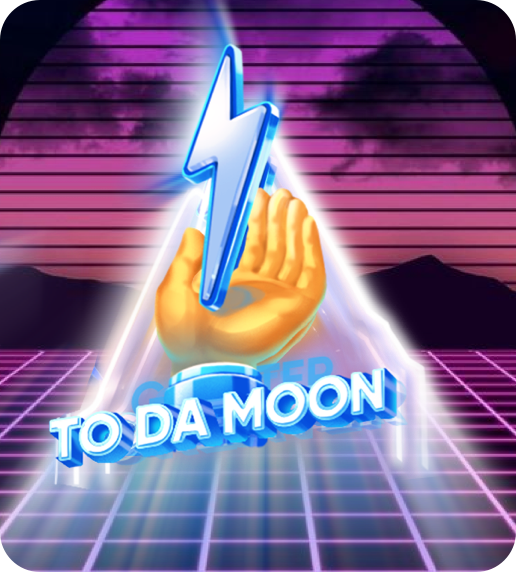 3. Empower individuals
By building a fair trading environment and providing superior asset management tools, we allow everyone to effectively manage their risk. We place value in every “individual,” and our success is reflected in their success. 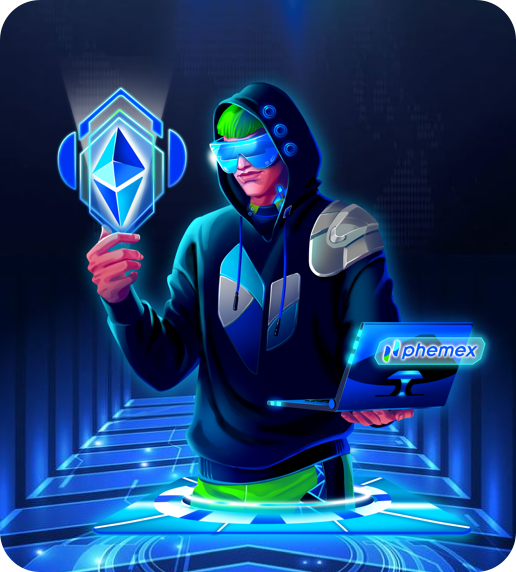 4. Stay Humble
We understand that past triumphs must be tempered by maintaining humility and listening to all perspectives. By constantly reevaluating and improving ourselves, we march forward step-by-step toward ultimate victory. 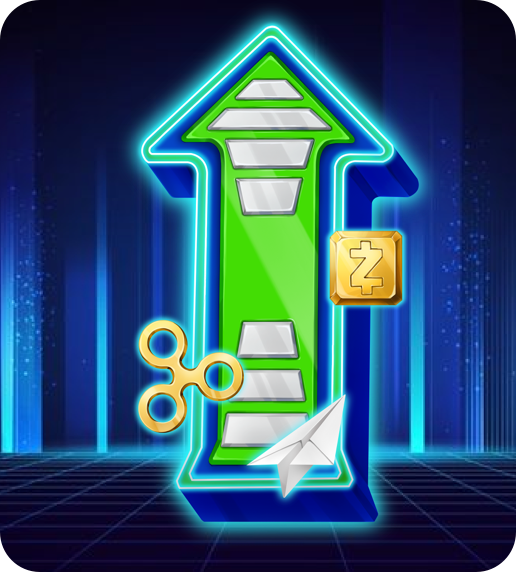 Brand Story
What is Phemex
CEO and Founder
Brand Story
In his past life, our founder Jack spent 11 years as a senior executive at Morgan Stanley. He learned how to build reliable and efficient systems, but over time also recognized fatal limitations of traditional finance. Unreasonable fees, exclusive dealings, inefficient systems...he realized that the current banking ecosystem was fundamentally skewed in favor of the privileged few. Jack envisioned a new financial paradigm where the slate is wiped clean and everyone can access the same opportunities and freedoms.

This outlook drove Jack to embrace blockchain technology. He started out as a Bitcoin miner, and also joined a reputable cryptocurrency exchange to begin investing. However, technical loopholes on that exchange caused the platform to malfunction and Jack lost a portion of his investments. The experience revealed that while cryptocurrency embodied ideals of free finance and individual sovereignty, existing platforms still lacked maturity. Jack was inspired to relinquish his old identity and, together with several other Morgan Stanley colleagues, began to devise a new crypto platform. By collectively leveraging their strong technical backgrounds and decades of Wall Street expertise, the founding team created Phemex.

Phemex facilitates a future powered by blockchain technology that provides us all with richer, more meaningful lives. We seek to empower users in a world with boundless opportunity, greater equality, and massive freedom. By handing people the ability to craft their own destiny, Phemex eliminates privilege and exclusivity. This new paradigm offers everyone the same starting point and limitless possibilities. Winners will be determined purely by their diligence, foresight, and capacity to rapidly adapt.

What is Phemex
Our name derives from the combination of Pheme and MEX.

Pheme is the Greek God of fame who represented the public’s voice. MEX stands for mercantile exchange. Together, they symbolize our vision for an enhanced financial future in which everyone’s voices are heard and old identities are cast away in favor of equal opportunities.

Our CEO Jack is an 11-year veteran executive from Morgan Stanley. He worked as the global development leader and was an expert in building high throughput, low latency, and large scale, algorithmic trading platforms. Jack came across blockchain technology in 2016 and was instantly gripped by its immense potential. He realized how cryptocurrencies could transform the global economy by making financial services permissionless and accessible to all. With that revolutionary idea in mind, he set out to co-found Phemex, a cryptocurrency exchange that brings intuitive trading tools to anybody with an internet connection. 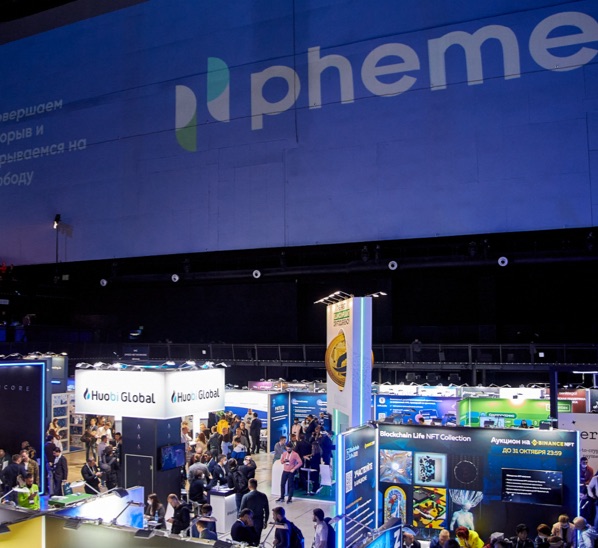 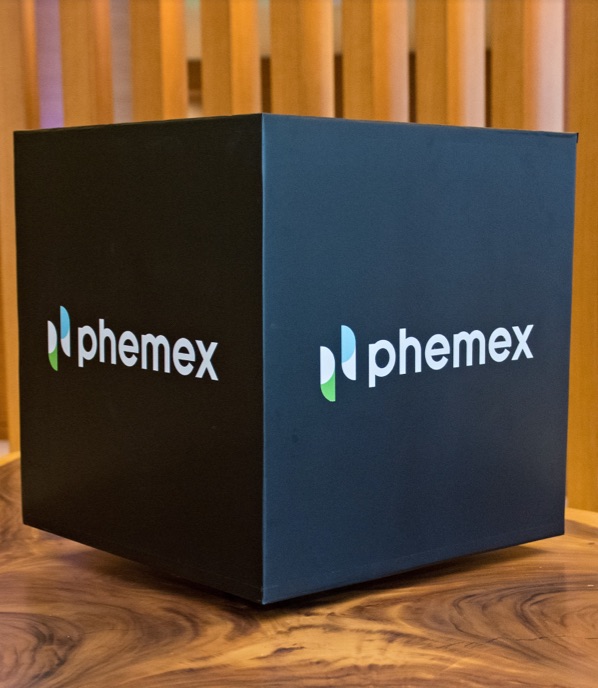 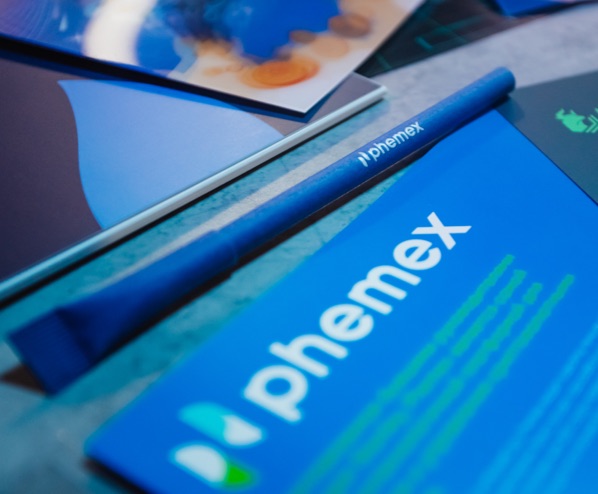 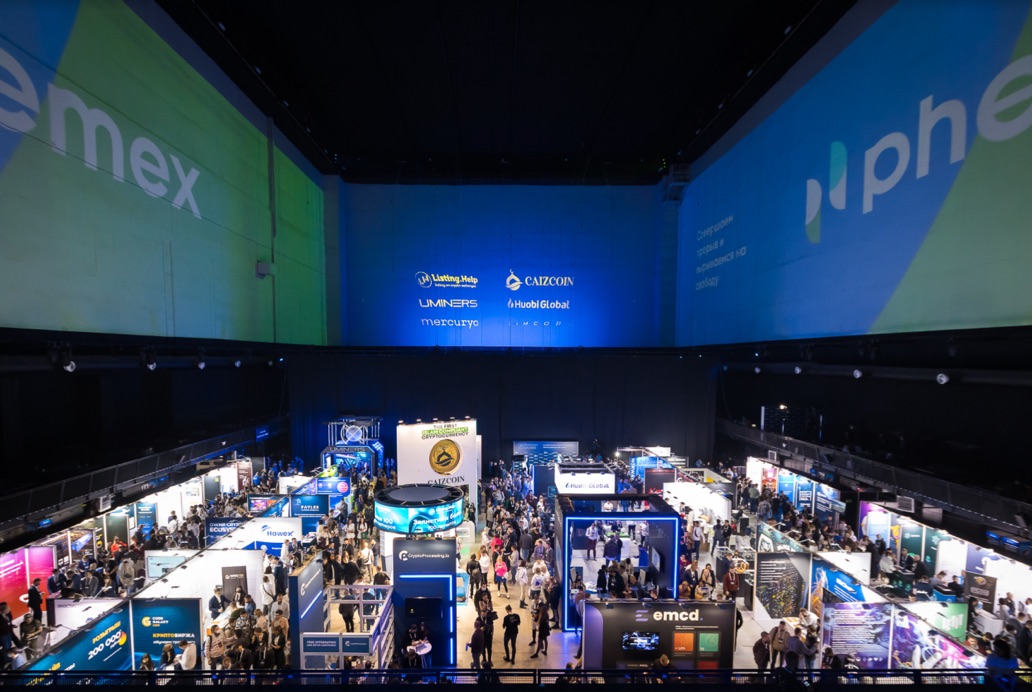 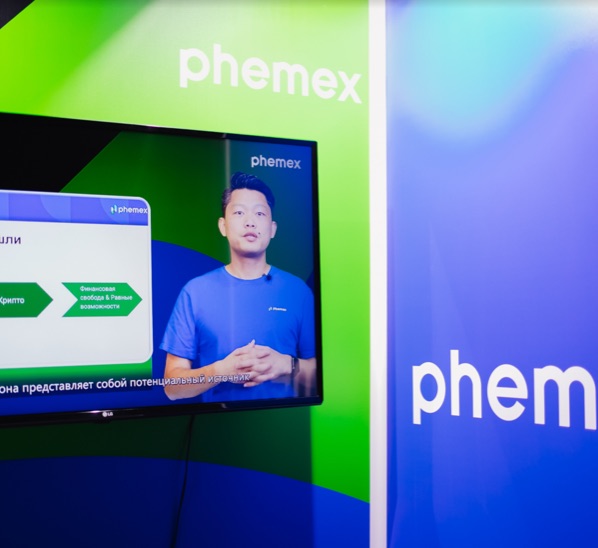 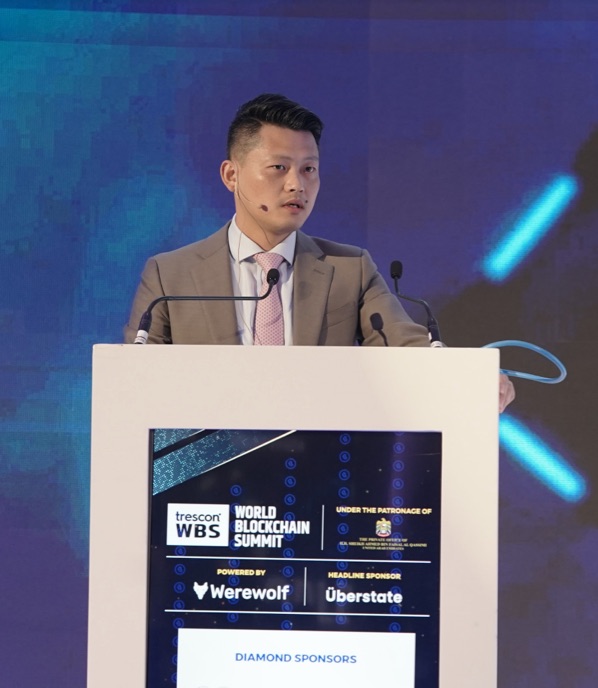 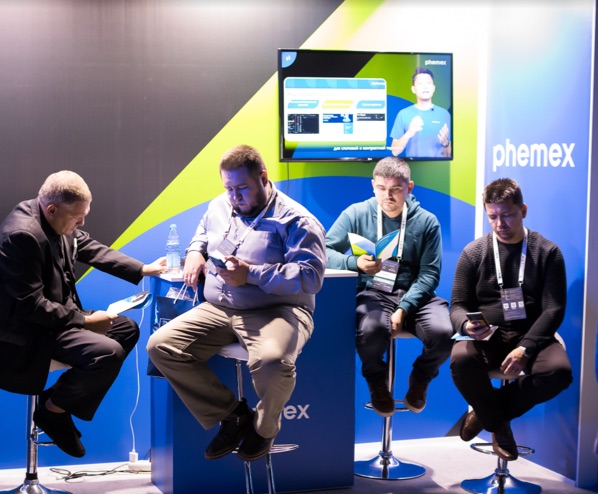 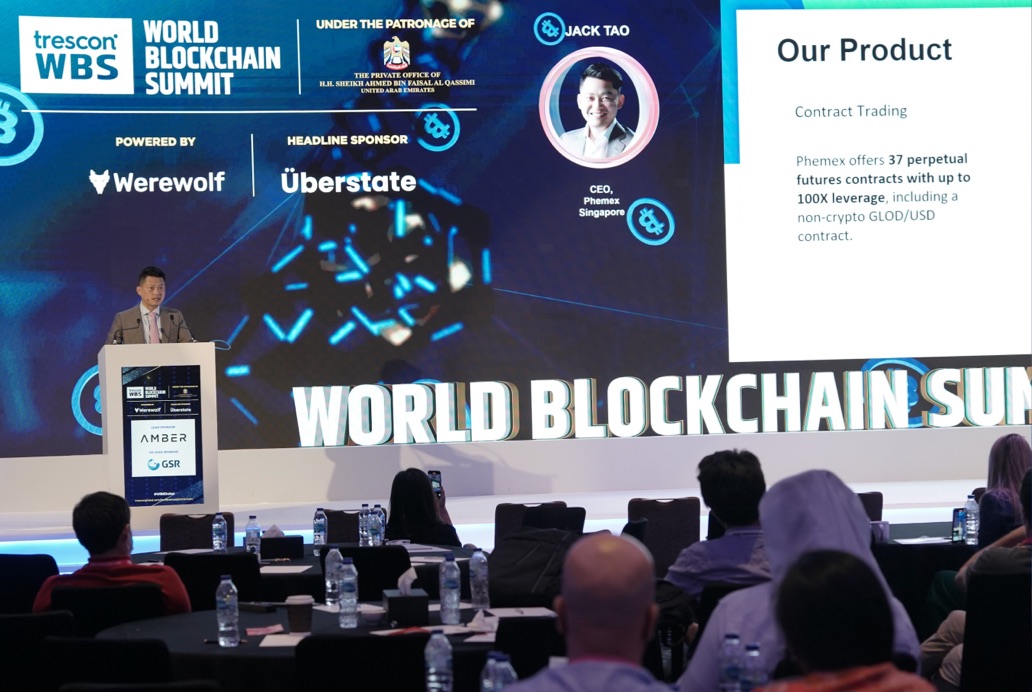 365 x 24 System
The transaction engine and cross engine are built on the raft protocol, providing high performance and 365 x 24 availability. The system design is protected by a patent.

Sub-accounts make trading easily
Compatible with institutional traders' FIX API and quantitative traders' sub-accounts. Whatever type of trader you are, we’ve got you covered.

365 x 24 System
The transaction engine and cross engine are built on the raft protocol, providing high performance and 365 x 24 availability. The system design is protected by a patent.

Sub-accounts make trading easily
Compatible with institutional traders' FIX API and quantitative traders' sub-accounts. Whatever type of trader you are, we’ve got you covered.

Note
Dear Phemex users,
We do not currently support the browser you use. We only support Chrome, Safari, Firefox browsers.
For a better experience, we recommend that you use the Chrome browser.