What is Cryptocurrency & How It Differs From Digital Cash

You’ve probably heard of Bitcoin, the most well-known cryptocurrency. But what exactly is cryptocurrency? Is it real money? Is it just a fad?

Why are so many people crazy about it? And why are there so many cryptocurrencies around all of a sudden–how is it possible that they all have value?

We hope to demystify things a bit by providing an overview of this new species of money. 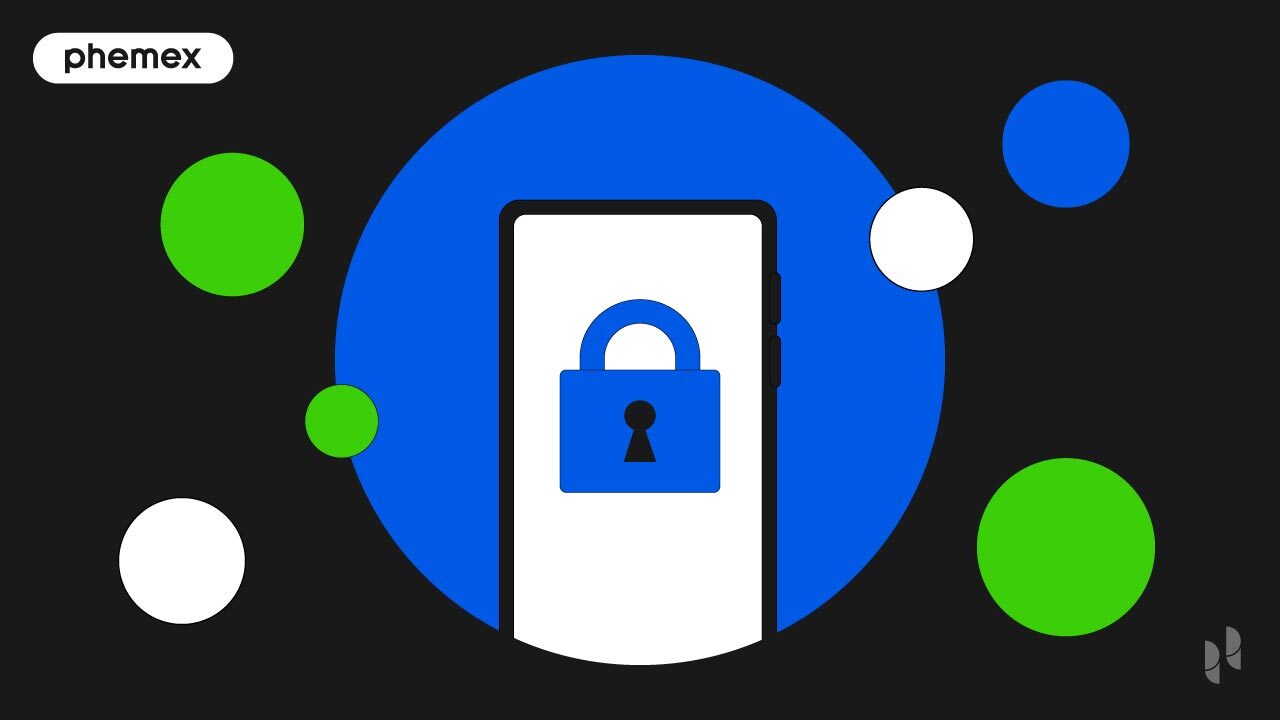 Cryptocurrency is a digital or virtual currency created and secured through cryptography and a peer-to-peer network of computers that is not managed by any one authority.

In contrast, our present money i.e. fiat currencies such as the US Dollar or Euro is created and secured by a confederation of centralized authorities–from governments to central banks and commercial banks.

Stumped? The more effective way to understand cryptocurrency, we feel, is to compare it with what we already know–digital cash.

Physical money is the dollar notes and coins we are all familiar with.

Digital money and cryptocurrency, on the other hand, may seem like interchangeable terms since both are digitized, but are in fact, completely different. Let’s play out a scenario to see how these two are different.

When you pay for a cup of Starbucks coffee with $6 in cash i.e. physical money, it’s a direct transfer of value from you to Starbucks.

Say you buy that same cup of coffee over a food delivery app. Obviously, you can’t pay for it with cash but with, for example, your Citibank Visa card. In this case, Starbucks does not get the entire $6. Here’s what actually happens under the hood:

This is digital money–it’s digitized and thus convenient, but centralized i.e. has to be verified by various central authorities e.g. banks and payment processors like Visa, because otherwise it’s just an electronic entry in the bank’s ledger book.

This does not happen with cash payment–the value of that dollar note is contained within its physicality. The cashier receives the dollar note from you on the spot, and that’s that.

There are no middlemen and no extra charges, and it cannot be hacked unless someone literally grabs it out of your hand. It’s the perfect arrangement, except for the fact that both parties have to be physically present at the same place at the same time–not feasible at all nowadays.

This is physical money–decentralized, because there is no centralized authority standing between you and Starbucks. But it’s not digitized, and as such, impractical.

Cryptocurrency–which is really just a piece of computer code programmed to denote a unit of value i.e. currency–fulfills the need for money to be both digitized and decentralized.

In other words, it can be instructed to act in a certain way based on predetermined criteria, which means it does not need to be verified or managed by any centralized authority.

This is how the best-known cryptocurrency, Bitcoin, moves literally millions of dollars across the world everyday, without a single bank or institution involved.

How did the concept of cryptocurrency come about?

The concept of “cryptocurrency” is not a new one. In fact, it was first described way back in 1998 by computer engineer Wei Dai on the Cypherpunks’ mailing list, suggesting the idea of a new form of money that uses cryptography to control its creation and transactions, rather than a central authority.

The Cypherpunks’ prime motivation–the protection of individual privacy and freedom in an increasingly digitized world where everything we do can be tracked and monitored by “Big Brother,” a term referring to a type of state police or entity that has the power to wield full control over individuals.

Multiple attempts at creating cryptocurrencies have been made by the Cypherpunks, but it wasn’t until the Bitcoin white paper was published in a cryptography mailing list in 2009 by a mysterious individual who called himself Satoshi Nakamoto presented a solution to a problem that had stumped the community for years–how does one ensure that a coin sent from person A to B had not already been spent elsewhere?

This is called the double spending problem which exists only in the digital world. Solving this problem meant that Bitcoin could be trusted as currency because nobody can counterfeit it, and is the reason Bitcoin has grown from “internet money” to, at its peak, a trillion-dollar asset by market cap in 12 short years.

So how does it do this?

How do cryptocurrencies work?

A financial system that runs on cryptocurrency is secured not by having a central entity e.g. bank verifying that everyone is only spending money they have, but by opening up the books and letting everybody carry out this verification work, via a network of computers.

This system of letting everybody verify the transactions is called blockchain, and the reason people would want to spend their computing resources to do this is because of the incentive structure baked into the blockchain system, called “mining.”

What is cryptocurrency mining?

As mentioned earlier, cryptocurrency mining is the process of verifying and adding transaction records to a public ledger otherwise known as a blockchain. Those who do this verification work are called “miners” and are rewarded for doing so with the cryptocurrency of the blockchain they secure.

This mining process, however, applies only to blockchains that use a cryptographic algorithm known as Proof-of-Work to verify transactions, such as Bitcoin. In order to mine successfully, miners need to have access to powerful computers and specialized software. They also incur significant electricity costs, as mining requires a great deal of processing power.

This appetite for energy is why Ethereum, the second largest cryptocurrency by market capitalization, recently switched to a different algorithm, called Proof-of-Stake.

The merits of Proof-of-Work against Proof-of-Stake is presently the biggest debate in the world of crypto right now; start following a few crypto influencers on Twitter and you will get an idea of just how fierce it is.

If you want to know more about how the mining process works, you can geek out here: What Is Blockchain: Explained For Non-Techies

The hype behind cryptocurrencies

To address the obvious first, much of the hype surrounding cryptocurrency is the promise of the hundredfold return. In fact, Bitcoin’s cumulative ROI since inception have exceeded 13,000%.

Think this is high? A cryptocurrency of a blockchain game called My Neighbor Alice (ALICE) grew 60,000% from $0.10 to $60 within a minute after being listed on a major crypto exchange.

The mania comes from the fact that these sort of gains are very hard to come by for retail investors like you and me in the existing financial systems. Venture capitalists and private investors normally get first dips on promising startups.

But crypto was never designed to be a get-rich scheme or an investing tool.

If you want to dig deep and understand why crypto has any value at all, you have to start with the one that started everything: Bitcoin, and why it was created.

The defining feature of cryptocurrencies, and arguably its biggest allure, is its decentralized nature–for the first time since 1934 when the US government confiscated its people’s gold, money cannot be controlled by the rich and powerful.

The irony is that the growth of crypto in the last two years, especially, has attracted an increasing number big names on Wall Street getting in on the action; some fear that this may threaten the vision of a truly “decentralized utopia.” We shall see.

What can cryptocurrency be used for?

Crypto is increasingly used as payment for goods and services at major retailers such as Overstock, Expedia, and Microsoft.

In the US, convenience stores and gas stations lead the charge in offering crypto as an in-store payment method as of March 2021, according to data from Statista.

Number of businesses in the United States that either have a cryptocurrency ATM or offer crypto as an in-store payment method as of March 9, 2021, by industry (Source: Statista)

Most interestingly, in a year which saw Bitcoin’s price tumbled by more than 70%, institutional adoption has never been stronger.

In October 2022, news broke that Google will start accepting crypto payments from clients for its cloud services from next year onwards.

McDonald’s has started accepting Bitcoin as payment in the Swiss city of Lugano.

ETH (the cryptocurrency of the world’s second largest blockchain, Ethereum) is also increasingly being accepted by merchants as a form of payment, although presently it is mostly used to pay for blockchain-related products and services in the growing Web3 ecosystem such as crypto borrowing and lending as well as buying and selling NFTs.

How to buy cryptocurrency?

Centralized exchanges offer a range of services tailored for customer convenience, but may be subject to hacking or other security risks.

This is why it is important to only trade on reputable exchanges such as Phemex which has robust security measures in place, and to take responsibility for personal safety, such as installing two-factor authentication for your account.

Decentralized exchanges (DEX) are peer-to-peer platforms that allow for the trading of cryptocurrencies without the need for a central authority such as a bank or third-party financial intermediaries like Visa or PayPal. Leading DEXes include UniSwap, PancakeSwap and SushiSwap and Curve.

Decentralized exchanges may be more secure, but may have less liquidity and offer fewer features. ATMs may be a convenient option for buying cryptocurrency, but typically have higher fees.

What Are The Top Cryptocurrencies?

As prices in the crypto market are typically far more volatile than the stock market, the list of top cryptocurrencies is constantly changing.

Mainstays however, include Bitcoin, which retains its position as the largest crypto on the market. Consistently trailing right behind is Ethereum, which powers many of the innovative crypto applications we see today 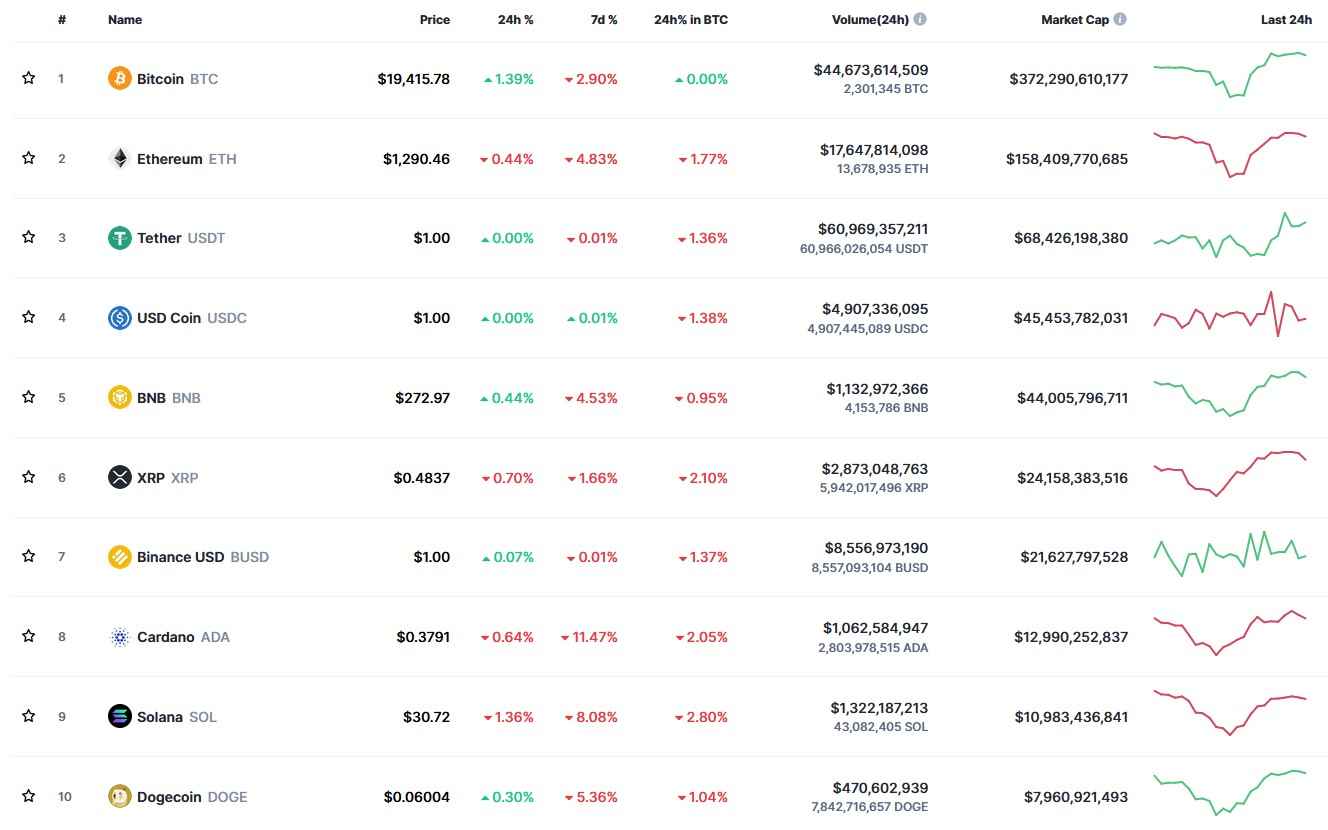 Despite numerous boom and bust cycles, the crypto space as a whole is still experiencing massive growth, driven by innovative projects and applications such as DeFi and NFTs. Analysts have compared the current stage of crypto development with that of the early Internet era.

The size of the global crypto industry was valued at $1.49 billion in 2020, and is projected to grow to $4.94 billion by the end of 2030, representing a compound annual growth rate (CAGR) of around 12.8%. According to Statista, the total cap of all crypto on the market currently stands at $2.2 trillion, up from just $15 billion at the start of 2017.

Coupled with the fact that institutional investors are now jumping on the bandwagon (a 2021 survey conducted among US, Asian and European institutional investors by Fidelity found that over 50% of them hold Bitcoin and other cryptos), it’s safe to say that cryptocurrencies are a growing asset class with the potential to not just revolutionize the way we interact with the digital world, but redefine the meaning of value itself.