What is Polygon (MATIC): Ethereum’s Internet of Blockchains Launched in 2017, Polygon (previously Matic Network) is an infrastructure solution designed for Ethereum scaling. Polygon trades at $0.849 per token with a circulating supply of 5.188 billion, for a total market cap of $4.43 billion.

What Is Polygon (Matic Network)?

In terms of both decentralized app (DApp) development and adoption, no blockchain has been more successful than Ethereum (ETH). But despite its relative success, the Ethereum network still contains several major bottlenecks hindering its scalability and usability.

While Ethereum does run faster than other proof-of-work blockchains such as Bitcoin (BTC), its overall transactions per second (TPS) remains low at around 15. This is a major issue that often spirals into other problems. For example, when hype pushes for a significant adoption of Ethereum built projects, the entire network can slow down and gas prices can soar.

In order to continue scaling, many projects are exploring Ethereum-compatible blockchains that mitigate Ethereum’s limitations without moving away from the network. A key issue is that no specialized framework exists to build such blockchains, nor is there a protocol that can connect them. This leads to a complicated development process and poses the risk of ecosystem fragmentation. 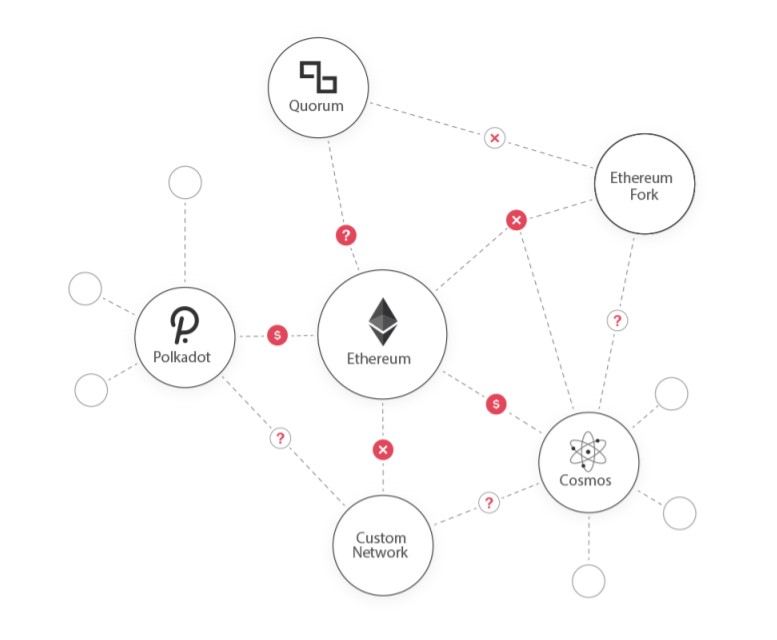 How Does Polygon (MATIC) Work?

Polygon (MATIC) is a layer-2 solution with sharding support that seeks to facilitate mass blockchain project adoption through sidechains that offer 65,000 TPS and two second block confirmation times. Polygon’s technology moves Ethereum DApps onto a system of connected blockchains (such as in Polkadot) that retain the Ethereum network’s security and ecosystem advantages.

In addition to scalability, Polygon aims to improve the developer experience with a permissionless design, full tech sovereignty, and modular security solutions. Normal users also benefit from low-gas and instant transactions, as well as full compatibility with Ethereum tools such as Metamask.

Polygon blockchains boast high levels of interoperability and can communicate both amongst themselves and with the Ethereum network. The solution’s tech stack is made up of two major types of blockchain networks: secured chains and standalone chains.

So far, secured chains have been implemented through Matic Plasma, a framework based on a proposal by Ethereum co-founder Vitalik Buterin. The framework allows for the simple execution of scalable autonomous smart contracts on the Ethereum Virtual Machine (EVM), but imposes a seven day withdrawal period on all token withdrawals from Matic networks.

Polygon’s native ERC-20 token, MATIC, is used to pay for services running on its networks, settle transactions between users in the ecosystem, and for transaction fees on Polygon sidechains.

What Does Polygon Do?

The rapid and low-fee nature of the Polygon ecosystem has attracted significant interest from developers that have suffered under Ethereum’s periodically high gas fees. In particular, Polygon has been adopted by a number of high-profile DeFi, decentralized exchange (DEX), and crypto gaming applications.

One of the most successful DApps built on Polygon technology is Polymarket. This non-custodial and decentralized prediction market allows users to speculate on the outcome of real-world events such as elections or football matches.

To bet on an event on Polymarket, users stake tokens on a binary result (“Yes” or “No”) against a counterparty on the Ethereum blockchain. To do so, users buy “outcome shares” priced according to the market expectation of any given result (always between $0.01 and $1). If the user bets on the correct outcome, their purchased shares are cashed out at $1 each. If the user bets on the wrong outcome, their shares become worthless.

Like many DEX applications, handling large volumes of transactions while avoiding congestion on the Ethereum network is a running concern for Polymarket. By building onto Polygon sidechains, the prediction market managed to offer users lower fees and faster settlement without compromising on security or decentralization.

Polygon also entered into a partnership with Aave, a leading DeFi protocol for lending and borrowing on the Ethereum blockchain, to address the congestion issues caused by increasing adoption. CEO and founder Stani Kulechov noted that the protocol’s availability was still largely limited to users with five-figure portfolios.

Aave is seeking to expand accessibility by offering lower gas fees through a smart contract bridge that will allow users to seamlessly move assets onto Polygon sidechains. According to the Aave team, Polygon was selected for its security and its modular nature, which allows for high interoperability with other DApps that integrate with Aave.

Another area of adoption has been crypto collectible games such as Aavegotchi, which integrates DeFi and non-fungible tokens (NFTs) in a unique way. The game allows users to stake their avatars (Aavegotchis), which are valued by factors such as attributes, collateral, wearables, and rarity, with interest-generating tokens on the game’s metaverse.

Players interact with the metaverse by participating in mini-games, governance events, and community meetups. Much like other crypto metaverses, Aavegotchi also features an integrated NFT marketplace from which users can buy, sell, and trade collectibles. 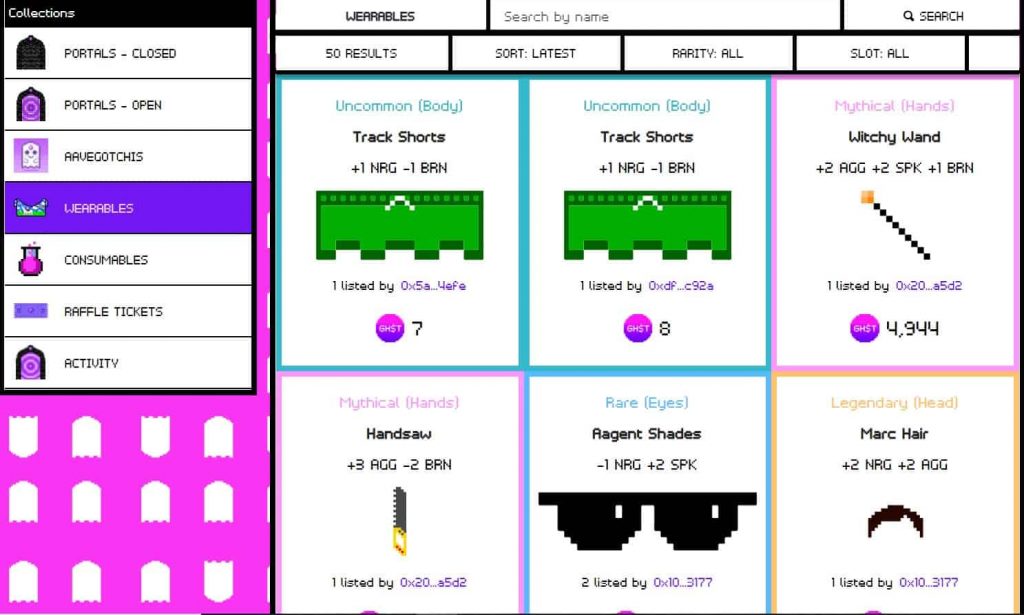 In addition to speculative value, Aavegotchi NFTs are backed by “real” financial value. The game’s staking mechanism generates native “aTokens” that can be converted into tokens such as DAI, Tether (UDST), Chainlink (LINK), or AAVE.

As such, one of the key concerns for the Aavegotchi team was selecting a scaling solution that offered sufficient decentralization, security, and EVM compatibility. Much like with DeFi applications, Aavegotchi noted Polygon’s high interoperability, which it hopes to take advantage of by integrating with other NFT DApps.

Other major players such as SushiSwap and Easyfit (a fork of the Compound AAM), and Decentraland (MANA) have also deployed their smart contracts onto Polygon sidechains. These deployments help them improve user experience and ensure sustainable operations on the Ethereum network.

Who Is Behind Polygon?

Polygon was founded in 2017 by Jaynti Kanani, Sandeep Nailwal, Anurag Arjun, and Mihailo Bjelic. Kanani and other core members of the team contributed significantly to the Ethereum ecosystem before they joined Polygon. Kanani has experience as both a full-stack developer and engineer, and played a major role in the implementation of Web3 on Ethereum. He currently serves as CEO of Polygon. Polygon’s success is built on the network’s partnerships, increasing adoption from high-profile projects, and high availability across traditional crypto exchanges and DEXs.

While Polygon is a leader in scalability solutions, it faces fierce competition from many projects such as Avalanche, Cosmos, Polkadot, and Skale. Polygon’s positioning towards Ethereum interoperability has served it well, but it may also limit its market share in the unlikely event that the Ethereum network falters.

Another key advantage for Polygon is the wealth of adoption it’s managed to attract from projects both big and small. Over 100+ applications have already been hosted on Polygon sidechains, and adoption has only accelerated as bigger players are drawn to its modular nature and low fees.

Polygon’s interoperability has been a major selling point for developers because utilizing Polygon sidechains allows them to provide value to users through other DApps. This creates a virtuous cycle that attracts applications through interoperability, which in turn creates greater incentives for other applications to join the ecosystem.

Polygon is well-positioned to ride the wave of growth that DeFi, DEX, and NFT DApps are experiencing. As volume increases and more Ethereum projects look towards low-gas and scalable solutions, Polygon has the potential to expand into an ecosystem worthy of Ethereum itself.