What is Cosmos (ATOM)? Tendermint & The Internet of Blockchains

Blockchain interoperability is becoming increasingly sought after as we move into the new era of Web3. This is because many different networks have difficulty communicating with one another, with some lacking this kind of functionality entirely. However, certain platforms are emerging that bridge the gap between these disparate networks, using them as building blocks to create the future of the very internet itself. One such platform is the Cosmos network, which features a resident cryptocurrency token, called ATOM.

But what exactly is the Cosmos crypto network, you might ask, and how does it work? Read on, and find out. 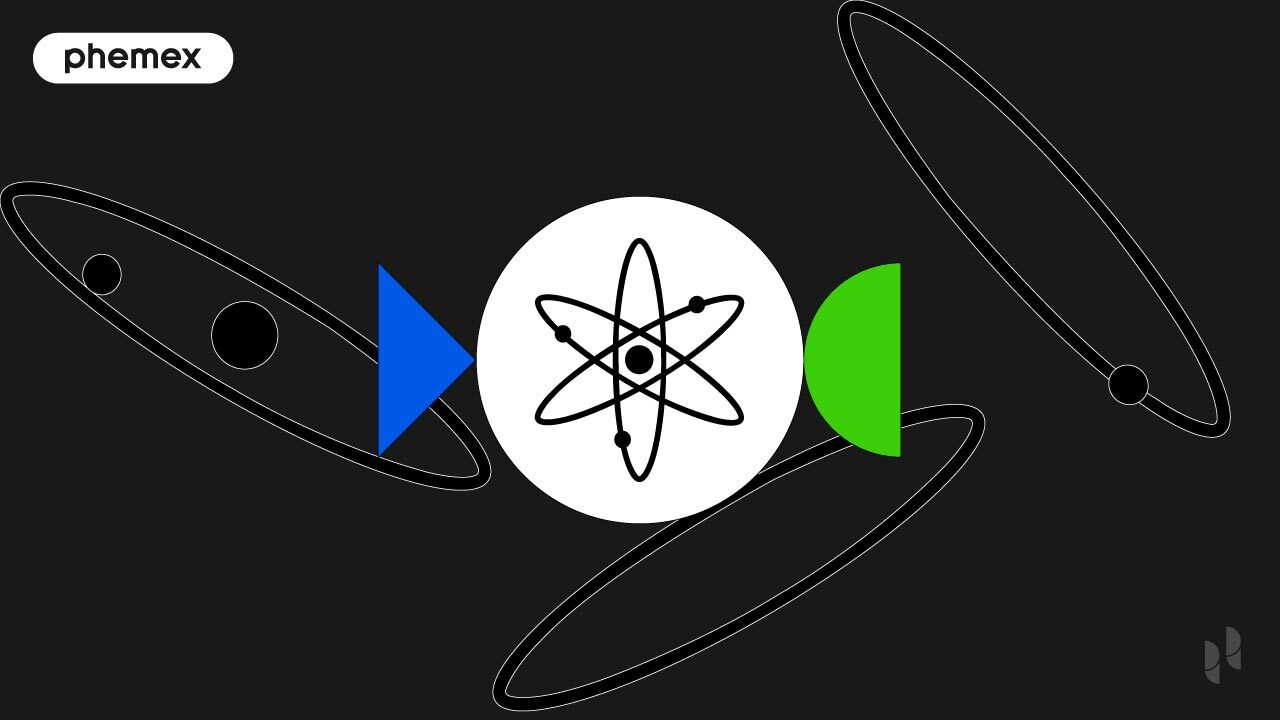 What Is Cosmos Crypto?

Cosmos (ATOM) crypto is an ecosystem of separate decentralized platforms that work together, essentially creating an “Internet of Blockchains.” These blockchains are all interconnected through the Cosmos Hub, which is a proof-of-stake (PoS) blockchain itself – managed and run by Cosmos, to create the Cosmos network.

Rather than prioritizing its own operability, it’s the goal of Cosmos’ founders to focus a large percentage of their time and energy into stabilizing an interoperable network of blockchains. Using this as a key concept, they hope to help usher in a new age of online co-existence, one that is given security by blockchain functionality while maintaining the all-inclusive model of the World Wide Web.

How Does the Cosmos Network Function?

The Cosmos crypto network works through various different technological building blocks, all working together simultaneously to achieve optimal function. These metaphorical blocks are as follows:

Cosmos has also tackled the problem of scalability — something that has plagued various leading blockchain projects — thanks to its use of Tendermint. This allows an ever-increasing number of zones to join the Cosmos network, as it always has the ability to scale.

What Is ATOM Crypto?

Cosmos uses an in-house staking token called Atom (which carries the ticker ATOM on cryptocurrency exchanges) that is additionally used to tokenize transactions. This means that the Atom crypto, or ATOM token, can be used on the Cosmos network both to earn a passive income through PoS validation, and to trade with other users.

With the funding secured, Cosmos’ Tendermint consensus mechanism was first tested in September 2017. The test uncovered a variety of flaws that significantly delayed further development by roughly one year. Cosmos mainnet eventually launched in April 2019, when its genesis block was mined, and investors received their ATOM.

What Sets Cosmos Apart From Other Networks?

While Cosmos does, of course, share some of its key features with other networks of the same type, it is where it differs from its competitors that is most intriguing. Each of these functions are basically unique to the Cosmos system:

These innovative elements have allowed the Cosmos network to flourish, much to the pride of its founders, whose ambitions are slowly being achieved through careful and diligent planning. However, this was not always a certain thing, as early problems in Cosmos’ development process threatened to derail the project during its infancy stages.

Who Is Behind Cosmos Crypto?

The original idea for the Cosmos blockchain came in 2014 from Jae Kwon, who teamed up with Ethan Buchman in 2015. Together, they created a software development kit (SDK) meant to make it easier than ever to develop with blockchain technology and allow individual chains to cross-communicate. Kwon created the Cosmos whitepaper in June 2016 — though the project was called Gnuclear at the time. Gnuclear was rebranded to Cosmos in August that same year.

As mentioned above, Cosmos’ Tendermint mechanism was first tested in September 2017. However, because of a series of systematic flaws that held up development, the mainnet for the Cosmos blockchain was not launched until April 2019. Fortunately, this has not stopped the network gaining substantial popularity, with the platform hosting over 250 projects built using the Cosmos SDK as of 2021. The Cosmos ecosystem saw a major upgrade in March that same year with the launch of the Inter-Blockchain Communication (IBC) protocol. This allows independent blockchains to connect to each other and exchange data and value, without the need for external permissions.

Peng Zhong, current CEO of Tendermint, has been a core contributor to the ongoing Cosmos network project and the IBC protocol. Highly involved even to this very day, Zhong said in a recent interview “We should see probably 30 chains with IBC enabled by the end of this year. I might predict over 200 by end of next year. That’s where innovation is going to be happening.”

What Is The Future of Cosmos Crypto and the ATOM Crypto Token?

The future for the Cosmos blockchain, and of its native ATOM cryptocurrency, is difficult to ascertain – in part due to the inherent volatility of cryptocurrency markets. In addition, there are a fair few other businesses that are attempting similar models and competing for dominance.

It is the hope of Cosmos’ founders that these issues can be solved amicably. Interoperability relies on distinct platforms communicating with one another in order to achieve maximum efficiency and stability. If this is to work in a functional manner, then it is hoped that the interoperable networks can, for lack of a better word, interoperate with one another. Eventually, increased communication between these networks will be key in establishing the secure blockchain-based internet. If that is to happen, Cosmos hopes to be at the forefront of that movement.

With all this being said, Cosmos have made strides in recent times to continue updating, upgrading their system, and increasing their core user-base. If they can continue to do as they have, there is little reason why the Cosmos network, and its founders, cannot achieve their ambitions.

ATOM’s token price has endured a bit of a roller-coaster ride since its inception. Starting out its trading life at a token price of $7.50, ATOM dropped almost immediately to just under six dollars, and continued to plummet until it reached $2.04 on the 4th of September 2019. While the price stabilized somewhat over the following months, it never reached above ATOM’s initial price until August 2020, and even then only very briefly. This slow uptake in adoption can be attributed, at least in part, to the difficulties that Cosmos endured during its start-up, with the Cosmos market cap taking a hit as a result. However, this was not to last.

The ATOM token price performed extremely well from early-2021 onwards. A steady stream of upgrades and platform partnerships saw the ATOM token price soar upwards, and continue soaring to this very day, barring a few, very minor hiccups. The ATOM token price climbed above its initial $7.50 price point in mid-January 2021, and has never dropped below again since, reaching a then-high of $25.19 just a month later. In fact, recent planned upgrades (codenamed “Theta”) to Cosmos’ platform, plus a cross-chain bridge formed with the Ethereum network, has led the price to achieve some extreme highs. While the current ATOM token price stands at around $29, it has seen highs of over $40 already multiple times this year, in 2022.

Many analysts predict that this trend will continue into the future, despite the unpredictability of the world of crypto. Cosmos and ATOM have built upon strong foundations, and with increased adoption looking possible in the future, it is likely only a matter of time before their name surfaces again in the cryptocurrency news.

Cosmos is a unique and particularly interesting blockchain project that has been explicitly designed to connect independent blockchains and create an “Internet of Blockchains.” This level of interoperability is rare in the blockchain and cryptocurrency industry. Though many blockchain projects are decentralized and use distributed ledgers, Cosmos takes decentralization a step further by allowing developers to test new cryptocurrency designs, upgrade existing projects, facilitate decentralized exchanges, and/or run scalable smart contracts. That said, the Cosmos Hub still acts as a sort of center for the entire Cosmos ecosystem.

If Cosmos can continue its recent trend of increased operability, as well as carry on updating its network – and all while maintaining an air of transparency – then the sky’s the limit for the platform. In fact, perhaps not even the sky – maybe the only limit for Cosmos will be the very heights of the cosmos itself.