My Neighbor Alice (MNA) is a Chromia and Ethereum-based gaming platform looking to take decentralized gaming to the next level. MNA players buy and own virtual islands, create virtual lands, collect items, interact with neighbors, and meet friends, all while employing blockchain technology and digital currency. The platform’s native token, ALICE, currently trades at $6.80 per token with a circulating supply of 31 million, for a market cap of $211 million. What Is My Neighbor Alice?

My Neighbor Alice is a multiplayer builder game with a blockchain twist. This decentralized finance (DeFi) gaming platform offers potential for earning a passive income through user-designed features, such as visitor fees on virtual land and property. This model is known as “pay-to-earn” within the crypto space.

This use of tokenized cryptocurrency helps bring MNA’s native currency, ALICE, to a more diverse community and so gain greater traction both inside and outside the crypto community. Moreover, MNA is easily accessible through Steam and the My Neighbor Alice website, requiring no crypto wallet or blockchain experience to play. 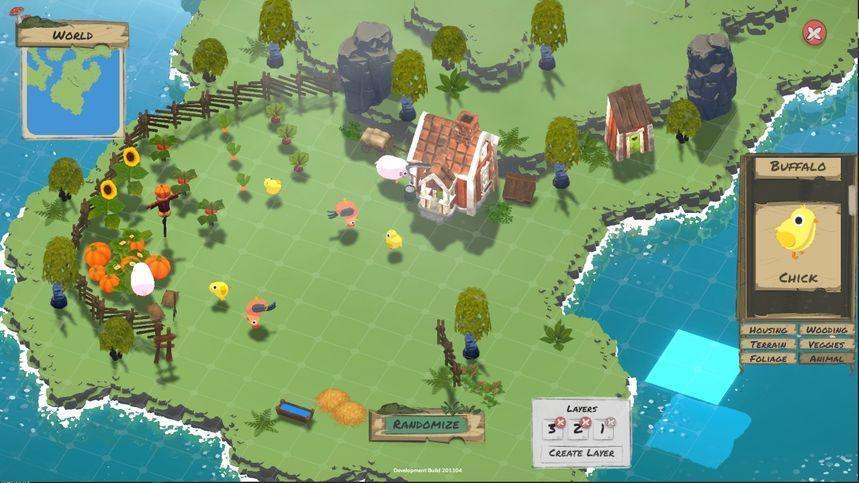 By providing this middle line between crypto and non-crypto users, MNA helps to familiarize people with this still new form of digital finance, thereby promoting blockchain technology and crypto to more people. My Neighbor Alice has been applauded for its encouragement of community interaction while allowing users to acquire unique, and sometimes rare and therefore valuable, digital assets in the form of NFTs.

How Is My Neighbor Alice Structured?

MNA is a gaming platform that uses blockchain technology to decentralize the game usage. It is run using a decentralized autonomous organization (DAO), which gives participants and investors a say in updates and changes to the platform. MNA uses ALICE tokens as its native currency, allowing its holders to play, invest in, and be a part of the game. The game’s components are further explained below:

My Neighbor Alice vs. The Sandbox vs. Animal Crossing

Comparison of My Neighbor Alice to other gaming platforms (Source: blockalive.com)

How Can ALICE Crypto Be Used?

The ALICE token allows its holders to participate in the game with multiple functions: ALICE’s ERC-20 compatibility is a huge advantage for users, as it allows ALICE tokens to be moved back and forth between the Chromia and Ethereum networks. This capability provides users with the benefit of exchange, which ensures liquidity and a quick, easy conversion from cryptocurrency into cash. Another way of utilizing ALICE tokens for investment is by staking the tokens. Holders can stake ALICE tokens to earn a percentage of the platform revenue from profits such as plot sales, asset sales, and transaction fees.

What Is a My Neighbor Alice NFT?

One of the most attractive aspects of My Neighbor Alice is the ownership of unique digital assets in the form of non-fungible tokens (NFTs). Thanks to the use of NFTs, each action and sale completed in the game is recorded on the blockchain, meaning that it is immutable and traceable. In addition, the digital assets earned and designed in the game are owned personally by the users, rather than by the game publishing company. This means that if the publisher chooses to no longer support the game, the assets will still belong to the user and hold their value. These NFTs can also be traded freely on a decentralized open market or exchanged between players within MNA’s own virtual marketplace.

What Can You Use MNA NFTS For?

MNA NFTs can be used in various ways:

Who Is Behind My Neighbor Alice?

MNA was founded by the immersive game development studio Antler Interactive, previously called SVRVIVE Studios. The Stockholm-based company is a subsidiary of Chromaway, the company that maintains the decentralized public blockchain Chromia.

Antler Interactive’s CEO Anna Norrevik led the company’s recent transition and rebranding. Across 8 years of experience within the gaming industry, Norrevik managed and produced various gaming projects, eventually governing a world-leading team with the launch of MNA on Steam in July 2021. Antler Interactive is known for being the first studio to combine alternative reality (AR) racing with blockchain assets.

At its launch in March 2021, the ALICE token had a strong start, rising from $17.76 to $28.95. However, it soon followed the general crypto trend by sinking during the crypto crash of 2021 to a low of $4.37 in late May of the same year. ALICE then remained around this mark, hitting its all-time low of $4.26 in late July 2021, but soon it followed Bitcoin (BTC) into recovery, reaching a value of $23.28 in late August. Today, ALICE is trading at $6.80, a value far from its initial launch or its various peaks throughout 2021. The token has clearly been influenced by the market’s extreme volatility, but it may recover yet.

ALICE’s market dominance only stands at 0.01%. However, as there is a fixed supply of only 100 million ALICE tokens, and only 31% of them are currently in circulation, there is plenty of room for growth. Another potential influence for growth is the fact the token is marketed to non-crypto users. This brings a more diverse community to the blockchain and crypto space and allows ALICE to gain greater traction by encouraging users to buy the token for in-game uses.

Despite its recent decrease in value, as a whole, ALICE seems to be attracting attention. The potential for passive income, the encouragement of community interaction, and the ability to partake in MNA’s decentralized governance system have aided this. Moreover, as NFTs are gaining popularity, ALICE’s offering is one that will pique interest among traders and non-crypto users alike.

The potential for growth is even greater considering that the vast community of MNA players will buy ALICE for in-game purchases, increasing the token’s value even without directly investing in it. This expansion of cryptocurrency usage to non-crypto users may allow the ALICE token to grow in correlation with the recent boom in virtual real estate by attracting more players and investors.

Overall, despite its current low value, ALICE token does have some promising aspects that could lead to future growth. The prominent use of NFTs within the game platform could drive its popularity, and therefore value, into further growth in the future as more of its crypto becomes circulated worldwide.