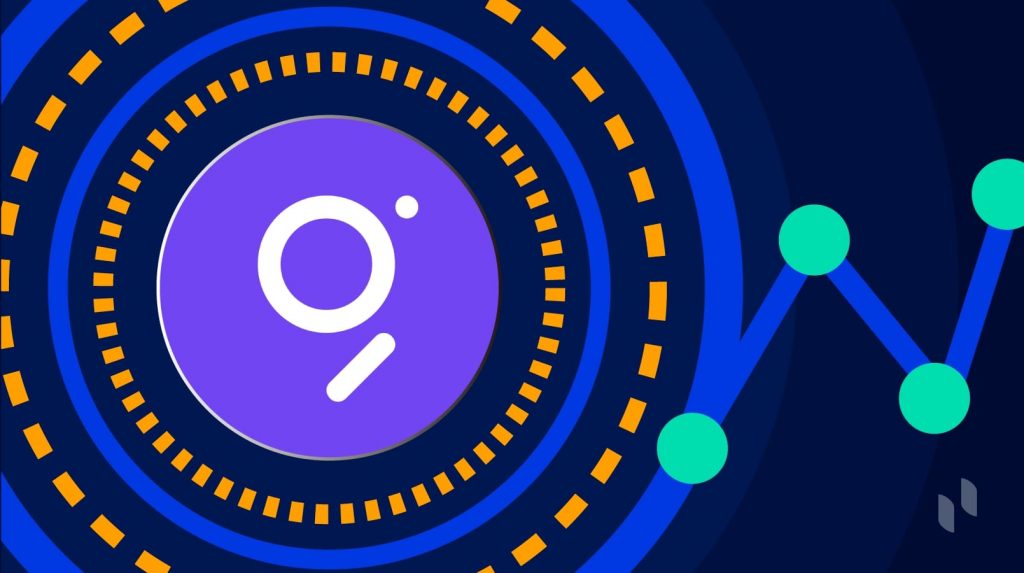 Building decentralized applications (dApps) on Ethereum or any other blockchain network requires a lot of blockchain data. Even though Ethereum has a lot of publicly accessible data, it is extremely difficult to combine it for use. Developers have to spend a tremendous amount of time, effort, and money to collect all the needed data for their applications.

This is the exact problem that renowned blockchain developers Yaniv Tal, Jannis Pohlmann, and Brandon Ramirez faced while trying to develop dApps on the Ethereum network. However, in order to solve this issue they came up with the idea to create a protocol that could organize blockchain data and make it readily accessible to developers. This is where the idea of Graph came about.

What is The Graph (GRT)?

The Graph is popularly referred to as the “Google of Blockchains.” It is a decentralized indexing protocol for blockchains. This means the protocol stores and organizes blockchain data in a way that makes it readily available for users when they query for it. The Graph makes it extremely easy for developers to build dApps on Ethereum and other networks like InterPlanetary File System (IPFS).

How Does The Graph Protocol Work?

To organize and store blockchain data, Graph uses a technique called Subgraph Manifesto. Anyone who uses the network is free to build and publish their own API. These APIs are then grouped into subgraphs. The subgraphs contain data about blockchain events and smart contracts on the network. There are over 3000 sub-graphs deployed on Graph to date. Developers who need data can request it by raising a query. This kickstarts the cycle of querying and indexing.

Key Players on The Graph Network

There are essentially six key players who are responsible for running the protocol.

The first is consumers: Developers who request data from the network are called consumers. They can use Graph Explorer to browse through all the existing subgraphs and request the one they need by raising a query. Consumers are required to pay a transaction fee to the network to get their query cleared.

Second, are indexers: Indexers are essentially responsible for processing these queries. They search the entire database of the blockchain, collect new data, and filter out those subgraphs that match with users’ queries. Indexers stake their GRT tokens to contribute to the network. In return, they are incentivized with a portion of the transaction fee paid by consumers. If an indexer acts badly or provides wrong data to the consumers their stake is slashed.

Third, are curators: Curators are responsible for developing subgraphs and also assessing their quality. If curators think a particular subgraph is of high quality, they can stake their GRT tokens to signal the subgraph. The subgraphs with the most number of signals are picked by indexers. If a graph they signal gets picked by the indexers, they get a part of the transaction fee as a reward. Unlike indexers, curators are not penalized for bad behavior. However, they are taxed for making poor decisions regarding a subgraph’s quality.

Fourth, are delegators: Delegators play no part in decision-making. Instead, they stake their GRT tokens to support an indexer of their choice. In return, they share a part of the rewards earned by the chosen indexer.

Fifth, are fishermen: Fishermen are responsible for verifying the response to queries. In other words, they ensure that the consumers’ queries are answered correctly.

Sixth, are arbitrators: Arbitrators are responsible for checking the behavior of indexers. They are tasked with identifying malicious indexers.

This is how queries are raised and addressed on The Graph protocol.

GraphQL is an open-source query language created by Facebook. On the Graph network, it acts as a link between the blockchain data and the application that requires this data. GraphQL is used to raise and deliver a query. It can deliver all the data requested by a user in a single query and the users get only what they requested. This solves the problem of over-fetching, inefficiency, and lack of flexibility that is seen in traditional APIs.

What is the GRT Token?

GRT is the native utility token of The Graph Network and there are 10 billion of these tokens that fuel the entire ecosystem. It acts as a payments and rewards mechanism within the network and the network rewards all key players in GRT. The token was launched alongside The Graph mainnet and was immediately listed on major exchanges. As a result of this, the market cap of Graph reached $1B in just three days.

The network burns a part of GRT collected as fees from consumers and tax from curators, making GRT a deflationary asset. As of April 2021, GRT is priced at $1.99.

As DeFi starts to get mainstream adoption, the demand for high-quality, useful dApps is only expected to increase. In a time like this, a protocol that indexes blockchain data is a major boon for developers. The Graph provides an easy and cost-effective way of acquiring data that saves developers’ time, money, and effort. As of now, it is only meant for Ethereum and IPFS, but in the near future, we could see this protocol being deployed on all major blockchain networks.

← What is Crypto Market Cap and How To Calculate It?
What is Kusama? How Polkadot’s playground accommodates blockchain developers →
About