Introduction to Blockchain Technology: The Basics of Blockchain

In recent years, cryptocurrencies have emerged as alternatives to fiat currencies. The fundamental technology behind this monetary innovation is blockchain. 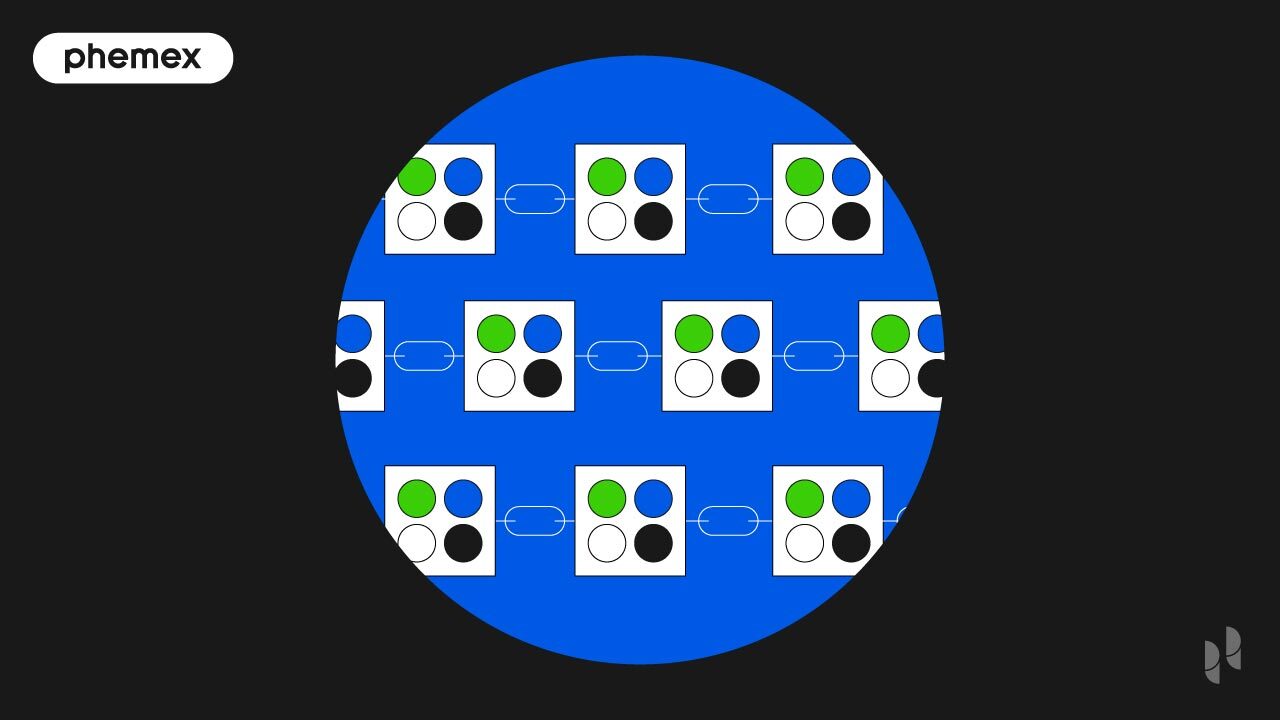 A blockchain is a distributed database, an integrated collection of databases that is physically spread across different locations. It’s also a public ledger that stores information digitally and is maintained by a network of computers or nodes. Most cryptocurrencies rely heavily on blockchain technology for two core purposes:

Distributed ledger technology (DLT) is considered the parent technology of blockchain. The infrastructure and protocols that form DLT allow for a digital system where users and systems can record, access, and validate information securely and immutably (unchangeably). A digital system built with DLT is decentralized, as the information is stored by multiple entities in different locations.

The security and immutability of the system are achieved via private and public keys and cryptographic signatures. The private and public keys are strings of randomized numbers and letters. The public key is derived from the private key and serves as the public address that others can see and utilize to send crypto to the user. The private key (also called a secret key) works like a password used for decrypting and encrypting the wallet, as well as signing transactions and proving wallet ownership.

How Many Blockchains Are There?

No one knows for sure how many blockchains exist around the world, but it’s safe to say the number is growing as blockchain technology is increasingly adopted. All blockchains can be categorized depending on their restrictions. The main types are as follows:

For more information, check out our guide to the different types of blockchains.

Who Invented Blockchain and When Was It Invented?

Many of the technologies that make up the blockchain were in development long before cryptocurrency was born. A preliminary version of blockchain was first described in 1991 by Stuart Haber and W. Scott Stornetta. The two scientists were developing a cryptographically secured chain of blocks.

The person (or people) who invented blockchain in its current form is only known by a pseudonym, Satoshi Nakamoto. In 2008, Nakamoto released a whitepaper detailing the principles behind blockchain and the first cryptocurrency, Bitcoin (BTC). The paper conceptualized blockchain as a public ledger that would facilitate Bitcoin transactions without the need for intermediaries. A few years later, Nakamoto exited the scene and passed leadership to other developers.

However, Bitcoin did not come without flaws. Many developers felt that Bitcoin could not fully leverage the full strength of blockchain technology. Among these developers was Vitalik Buterin, one of the founders of a new public blockchain launched in 2015 called Ethereum (ETH).

The Ethereum team’s biggest innovation was incorporating programs called smart contracts into the blockchain. Smart contracts automatically perform certain functions when a set of predetermined conditions are met, eliminating the need for a third party to ensure enforcement. The implementation of smart contracts allowed blockchain technology to expand beyond currency applications and into financial applications, giving rise to decentralized finance (DeFi).

What Can Blockchain Be Used For?

A blockchain’s primary functions are to store information digitally and secure the data using cryptographic encryption. Many companies are developing and incorporating blockchain-based solutions into their products and services. Here are two major examples of real-world applications of blockchain technology:

For more information about blockchain applications, please check out this article.

How Does Blockchain Work and Remain Secure?

In a blockchain, the information is grouped into blocks, which are data structures that have specific storage capacities. Once a block is filled, it is closed and linked back to the previously filled and closed block. New information is loaded into the next block, and the cycle repeats, forming a chain of blocks called a blockchain. This process of creating and adding new blocks to the blockchain is called mining.

Each block consists of the following components: 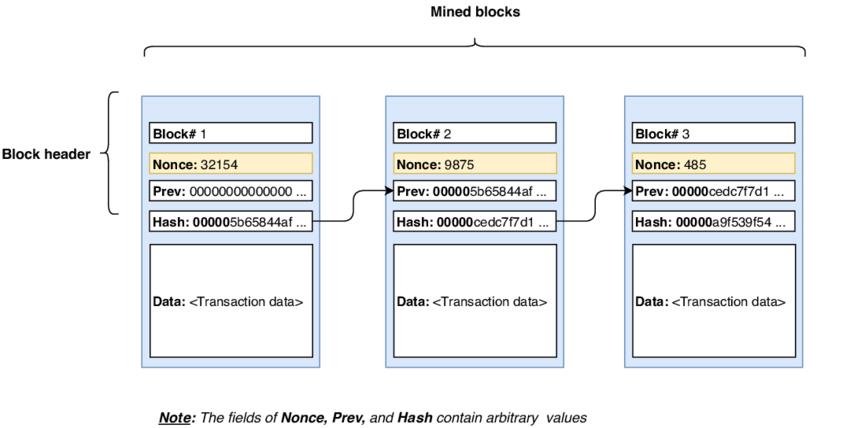 Characteristics of mined blocks in a blockchain (Source: ResearchGate)

The most common consensus mechanism is proof of work (PoW), which slows down the creation of new blocks. In simple terms, PoW requires miners to use specialized computers and expend effort to solve a mathematical puzzle for each block. The miners continuously guess the solution to the puzzle until the correct one is found. The miner who guessed the right solution can then add their block to the chain and will receive a reward for their work. If an attacker tampers with one block, they will need to solve mathematical puzzles for all the following blocks, which will require a significant amount of computational resources.

Other more energy-efficient mechanisms, such as the proof of stake (PoS) model, have also been introduced as alternatives to PoW.

With the implementation of a consensus mechanism, even if an attacker successfully adds a malicious block, the block will need to pass verification. A blockchain is a peer-to-peer network where the nodes will need to verify the block’s validity before it gets appended to the chain. If the nodes discover a block is invalid, they can reject the block, and it will not be added to the blockchain.

The process flow of a blockchain network (Source: ResearchGate)

The cryptographically encrypted transaction records in a blockchain make it extremely difficult for attackers to alter the data. However, many users still wonder whether blockchains are immune to all malicious attacks. In reality, there are indeed some vulnerabilities, attacks, and mistakes that may affect a blockchain or cause a loss of assets:

All in all, is blockchain safe? The answer is the blockchain can be regarded as safe, but only to an extent. Users still need to properly care for their electronic devices and practice due diligence to avoid common pitfalls. Here are a few tips to keep in mind:

How To Invest In Blockchain?

Blockchain technology has garnered much attention in the past decade due to the increasing popularity of cryptocurrency. Many big companies, from Walmart to JP Morgan, are incorporating blockchain systems to improve and secure existing products and services. Nonetheless, blockchain is not entirely safe from malicious attacks, and the technology is still relatively new. Thus, any investor or company interested in making blockchain-related investments should discern whether the potential rewards outweigh the current risks.