Curve Finance is a decentralized exchange that uses automated market-making protocols. It focuses on stable assets or assets that trade for a similar value. In doing so, it can offer trading with less slippage than a user may experience on other decentralized exchanges such as Uniswap or SushiSwap. 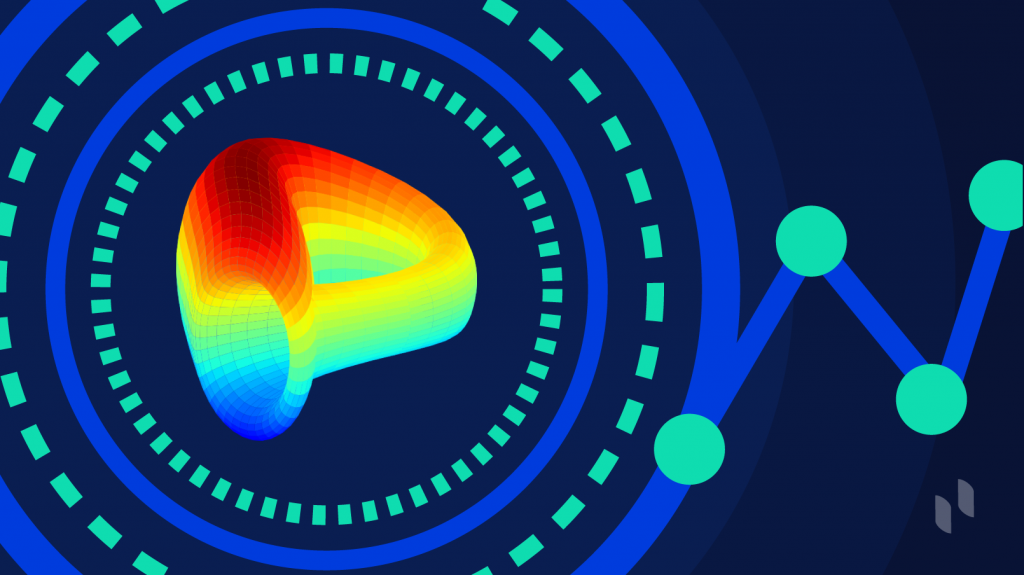 Curve Finance launched in early 2020 and has proved to be a hit application among DeFi enthusiasts. At the time of writing, it’s ranked #4 of DeFi apps with over $4 billion locked. This also marks the first time that Curve has overtaken Uniswap in the DeFi rankings.

What is Curve Finance?

Curve Finance is a DEX that operates in a similar way to Uniswap. It emerged before Uniswap V2 was launched and was designed to overcome a critical challenge for trading between stablecoins on Uniswap V1. The original version of Uniswap used ETH as an intermediary token whenever someone wanted to trade between two ERC-20 tokens. So a trade that swapped USDT for DAI comprised two underlying transactions – USDT to ETH and then ETH to DAI. This invariably resulted in some slippage, which made stablecoin arbitrage on Uniswap less attractive.

Curve Finance pools are designed to allow traders to swap one stablecoin for another without the need for an intermediary token. This results in less slippage and makes for a better trading experience.

There are other similarities and some critical differences between Curve and Uniswap.

In terms of the similarities, both Curve Finance and Uniswap operate on the Ethereum blockchain and allow users to aggregate liquidity in pools, applying an automated market maker algorithm instead of a traditional order book.

Curve Finance vs. Uniswap: A Pool Within a Pool

A key difference is that on Uniswap, liquidity pools always comprise a token pairing, whereas on Curve Finance, there may be multiple assets in a pool, or a pool itself may be used as an asset inside another pool.

Another liquidity pool on Curve is GUSD and 3pool, which allows users to trade the value of the 3pool token against GUSD.

Along with stablecoins, users can also trade mirrored assets. For instance, wBTC and renBTC are both Ethereum-based assets that track the price of BTC. Because their prices are comparable, they’re suitable for pooling together and trading using the Curve Finance algorithm.

Whereas liquidity tokens on Uniswap represent an equal value of the two tokens in the pool, in Curve, the reserve balances in pools do not necessarily need to be equally balanced.

One of the reasons that Ethereum continues to attract such a buzzing system of DeFi development, even despite its ongoing issues with scalability and high fees, is its composability. Composability refers to the fact that DeFi applications can work together seamlessly, often called “money Lego.” Curve Finance demonstrates this feature perfectly with its pools comprising DeFi tokens.

For instance, one of the first pools on Curve Finance was a pool for Compound tokens. When users deposit funds into Compound pools to lend to borrowers, they receive a token representing their stake, called a cToken, which earns interest. They can earn even more income from their initial stake by depositing their stablecoin-based cTokens, namely cDAI and cUSDC, into Curve Finance pools as a liquidity provider.

The same is also true of other DeFi protocols that issue tokens, such as Yearn Finance’s yTokens and Synthetix sTokens.

At the time of writing, there are 30 different pools in which Curve Finance users can trade.

Risks and Complexities of Providing Liquidity

It may be tempting to think that providing liquidity on Curve Finance has a lower risk due to the fact that stablecoins aren’t likely to suffer the kind of volatility that results in impermanent loss on platforms like Uniswap. Impermanent loss occurs when the value of one token in a pair fluctuates compared to the other token, resulting in losses.

However, there are still several considerations in becoming a liquidity provider to Curve pools. If you’re using DeFi tokens as a stake in a Curve pool, then you’ll need to monitor the associated DeFi app to ensure that your funds aren’t at risk. Furthermore, the fact that Curve Finance spreads liquidity over multiple pools as described above can magnify the costs of gas and risks of slippage. This also means that continually switching pools to chase the best yields can end up being prohibitively costly.

Curve Finance has been audited by Trail of Bits. However, all DeFi protocols are dependent on code that can display hidden vulnerabilities, so they should never be considered risk-free.

The combined effect of these risks means that supplying liquidity on Curve Finance can be complicated and isn’t necessarily advisable for beginners.

What is the CRV Token?

Curve Finance operates as a DAO, with the CRV token bestowing voting rights to token holders. Liquidity providers can earn CRV tokens based on the value of their stake and the length of time it stays in a pool.

The CRV token has seen considerable success over recent months, boosted by collaborations with various other DeFi projects. In January, Yearn Finance creator Andre Cronje confirmed that the two applications were working together on permissionless pool creation. More recently, news reports emerged that Curve functionality would soon be available on the Polkadot blockchain thanks to a partnership with Equilibrium, which is developing a DeFi ecosystem on Polkadot.

As a result of these partnerships in 2021, the value of CRV has increased over 350% from $0.65 in early January to over $3 in early February. Nevertheless, it currently ranks around #75 by market cap – far away from competitors like Aave and Uniswap that are in the top 20.

Overall, Curve Finance stands out as one of the most popular, liquid, and more reliable DeFi protocols. With the recent spate of collaborations, it looks set to continue occupying a central position on the DeFi landscape in the future.