What is GameFi: The Start of Virtual Reality Through Cryptocurrency?

Today, gaming is a $175 billion industry and is on course to surpass $200 billion by 2023. The cryptocurrency industry, meanwhile, is ever-evolving, growing, and expanding. With such a huge market available mixed with crypto’s flexibility, it’s only natural that the two begin to merge. This union has brought finance and the economy further into the digital realm to create a real-world market within gaming. Where before a player would pay to play a game, or perhaps gamble in the hopes of winning, they can now actively engage in real commerce with digital assets. With GameFi and its incorporation of cryptocurrency and blockchain technology, these assets have real value. 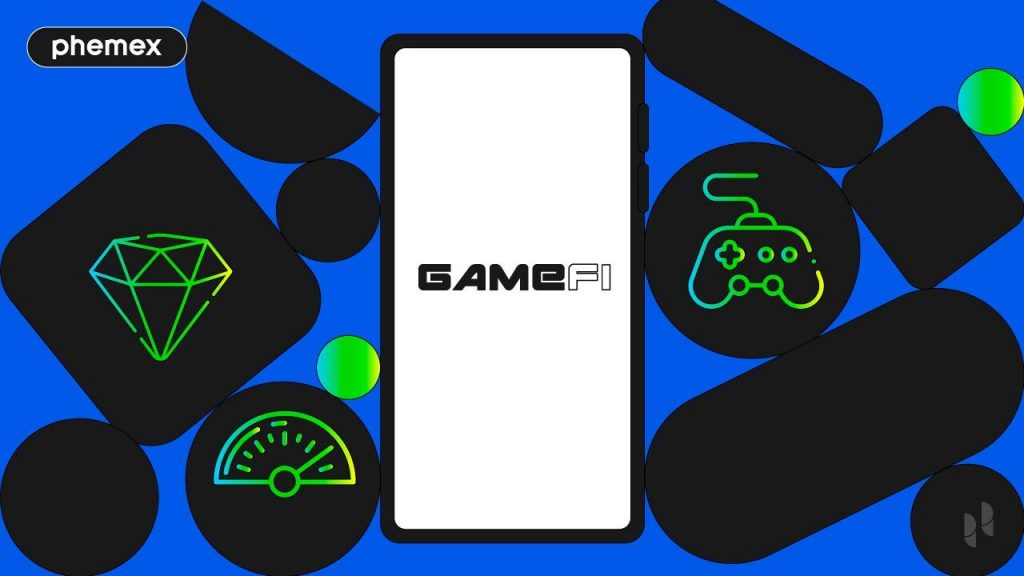 Put simply, GameFi is the incorporation of “games” into “finance.” It is platform-agnostic, as there are many different games, rules, and structures, so it is not limited to any specific technology or platform.

GameFi games are structured to allow players to earn money, though players must first have assets in their wallet in the form of a game’s native cryptocurrency, or that of a partner. Players can then begin to play the games and receive profits from various actions, such as completing tasks or generating revenue from their assets within the game (property or virtual casinos, for example). Additionally, they can earn a passive income through DeFi offerings.

How is GameFi Structured?

GameFi applications are very varied, but there are several common building blocks they typically rely on:

How Centralized is GameFi?

Due to the need to develop and design characters, write a narrative and rules, and generally structure a gaming universe, GameFi cannot escape some form of centralization. However, many games are now making the move to try to incorporate more participation from the players themselves. For example, this means voting on potential character plots, new NFTs, or rules. As this happens, those players with more tokens will have more voting power than others, which though not democratic, does go some way to creating a more decentralized gaming experience.

The idea of giving different options in a narrative is also very on-trend in the entertainment industry. Many television series, for example, have successfully incorporated stories with multiple endings into their shows — the television series Black Mirror has seen particular success with this in its special Bandersnatch. Although there may not be multiple options for GameFi players in the end, the active participation in choosing which story will be followed is bound to entice more players to the platforms.

There is much potential for digital economies to become viable and self-sustaining. There are a few reasons that make this a possibility:

Who Is Behind GameFi.org?

The team behind the official yield guild for GameFi is led by Hai Duong, a Vietnamese cyber security innovator at the top of his field. The “official” platform is sold as the meeting spot for all GameFi games and all their needs.

In order to fully benefit its players and investors, GameFi created an ecosystem where players can work across games:

Concepts similar to GameFi have been around for years, with World of Warcraft, SIMS, and FIFA all having incorporated buying in-game tokens, and CryptoKitties was using blockchain technology back in 2017. However, the term GameFi became popularized in 2020 by the founder of Yearn.finance, Andre Cronje, and the cryptocurrency sector ran with it. The concept evolved from mere in-game tokens to full incorporation of DeFi. With its progression and major gains in popularity, GameFi is proving that DeFi offers more than simply rebranding existing financial projects as crypto, showing that it has the versatility to be applied in different sectors.

What is the Future of GameFi?

GameFi offers a way to profit within the crypto space while also offering enjoyment, which is a selling point in itself. Add to that gaming addictiveness, as shown by studies on the release of dopamine during gaming, as well as by the sheer volume of online gamers, it looks likely to continue growing. Moreover, by adopting other fast-growing sectors, such as DeFi and NFTs, it places itself in a good position to benefit from successes within those fields as well. NFTs, in particular, as visual collectibles, are meant to be seen. So if a player can incorporate a rare NFT within a game, thereby gaining exposure, profit, and kudos, they are also likely to join.

Another element that might point to further growth is its more decentralized future, where individuals will actually be able to contribute to how games are played out, thereby encouraging further participation.

Finally, an interesting idea is future professions on GameFi. With the world having recently experienced a more insular and digital lifestyle due to Covid, something like visiting a doctor in virtual reality has become more plausible. Other potential applications could cover anything from legal advice to fashion shows. The likes of Mark Zuckerberg have expressed their support for a metaverse, or digital reality, which could incorporate such concepts. This could also appeal to people with anxiety, agoraphobia, or who simply would prefer to stay at home for a given activity.

We will undoubtedly see a lot of movement and evolution within GameFi. With its ability to diversify according to trends and adopt new DeFi and DAO programs, it is well-placed to evolve in a profitable way.

GameFi as a concept has a lot to offer and is integrating with many trending and profitable sectors within cryptocurrency, such as DeFi and NFTs. With so many people interested in gaming and willing to spend so much time and money on it, it seems like a great money-making concept, both for users and developers. It is also a sector that could see increased investment from major technological corporations, in addition to innovations such as the introduction of professional uses and metaverse-like applications.

GameFi is still a long way off that stage at present, but nonetheless, if Silicon Valley is looking toward those possibilities for the future, it will be interesting to see how quickly such developments take place. Partially moving one’s finances into gaming, as in GameFi, seems like a logical first step in that direction. In the near future, in any case, GameFi looks set to stay.