In the previous article of this series, “What is Bitcoin?” we covered the king of all cryptocurrencies. Bitcoin’s dominance is so prevalent, that all other cryptocurrencies are simply known as altcoins. Some of these attempt to fix perceived weaknesses in the Bitcoin protocol, while others pursue entirely different goals and objectives. This piece will briefly introduce a selection of popular altcoins, should you invest in altcoins, and how they differ from Bitcoin. Although these are not the first alternatives to appear chronologically, logically, they’re the best place to start. Bitcoin forks are roughly defined as changes made or rules added to the main protocol. Sometimes, the entire community is in agreement with the changes and fully transitions into the improved version. Other times, opinions are split, dividing the community into multiple fragments. In these cases, new versions of Bitcoin are formed. The process can be imagined as a family tree. While each branch represents a unique individual or a different version of Bitcoin, the trunk represents the original base protocol or ancestor from which they all originate. To reiterate, any time a portion of the community chooses to follow a new set of rules that others do not, a fork is created. As we will see, forking is a process that can happen to any unique cryptocurrency or even to other forks. 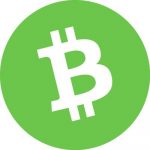 Though there are over 100 Bitcoin fork projects, Bitcoin Cash is by far the most successful. BCH falls under the category of altcoins that attempt to improve on Bitcoin’s limitations. One of the primary challenges facing the verification system described in previous articles about Bitcoin and Blockchain is the amount of and the speed at which transactions get verified. Bitcoin’s current theoretical block size is 4 megabytes, in practice, it is closer to 2 megabytes. Recall that transactions are grouped into blocks. Therefore, the size of a block directly correlates to the number of transactions that can be verified and added to the blockchain in a given period of time. Currently, Bitcoin processes about 7 transactions per second (tps). This is a minuscule number when compared to Visa’s average of 24,000 tps. As Bitcoin’s user base grows, time and congestion issues become more pronounced.

Concerned with Bitcoin’s ability to scale, some developers forked and created BCH in August of 2017. The primary improvement added to this new currency was an increased block size of 8MB. This resulted in much faster transaction speeds and lower transaction fees. Where BTC is today more commonly used as a form of digital gold (an investment asset or store of value), BCH positions itself as an effective payment system. In other words, as its name implies, it is meant to be used as easily as cash. Nevertheless, BCH also comes with its own set of challenges and disadvantages. Perhaps the most troubling of these is its low levels of adoption and investor faith. Though those within the crypto community may be familiar with BCH, those outside of it are not. With a relatively small number of users, average block sizes mined on its blockchain are actually smaller than Bitcoin’s. This means that its sole purpose of allowing more transactions through larger blocks has not even been truly tested. Besides this, other altcoins have sprung up to challenge BCH’s ambitions of becoming a ubiquitous medium for daily transactions. Finally, just as disagreements with the direction of Bitcoin’s future resulted in BCH, disagreements with the direction BCH have yielded yet another fork, Bitcoin SV. The amount of competition coupled with other security and safety concerns will likely limit BCH’s success for quite some time.

Unlike Bitcoin forks, these variations of altcoins have their own independent blockchains. However, these are still largely inspired and based on Bitcoin’s original protocol. Principally, they still maintain a system that generates new coins through mining or solving complex mathematical puzzles. 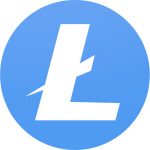 LTC was the first successful non-Bitcoin alternative that has survived to this day. In fact, at one point it was widely accepted as the second-best cryptocurrency after BTC. However, as of the time of writing this article, it has fallen to a still respectable 12th place in terms of market cap. Just like BCH, LTC also prioritizes speed. Litecoin transactions are verified about 4x faster than Bitcoin’s. Another fundamental difference comes in terms of its proof of work mechanism. It employs a much simpler algorithm known as Scrypt. Because of the increased complexity of Bitcoin’s algorithm, miners must use highly specialized tools or devices that are out-of-reach for everyday users. Much of Litecoin’s mining, on the other hand, can and is still being done through standard CPUs and GPUs. This distinction renders LTC a much more accessible project. In most respects, it is truly a lighter version of Bitcoin. Many have remarked that Bitcoin and Litecoin are the gold and silver of cryptocurrencies.

To learn the technology behind Litecoin, please read , “What is Litecoin”. 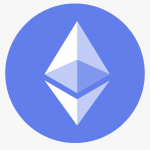 Ethereum is a giant leap in the evolution of mining-based altcoins. Unlike LTC and countless other alternatives that will not be covered here, Ethereum introduces some radically new concepts and objectives that truly distinguish it from Bitcoin. In fact, Ethereum’s impact on the cryptocurrency space is so substantial that it warrants its own article. However, as a basic overview for this piece, Ethereum is a cryptocurrency platform or blockchain that features a smart contract functionality. These contracts are essentially sets of conditions that when met, automatically trigger the execution of certain actions. They allow developers to create unique decentralized applications that run on this network. For example, financial services such as lending and borrowing can be recreated and automated through smart contracts that eliminate the need for third-party intermediaries. For these programs to run, they must pay the network a computational power fee in the form of ether (ETH). Ether is the Ethereum network’s cryptocurrency and the fuel that powers contracts. Ethereum’s goal is not to create yet another version of a digital currency like Bitcoin, but rather to leverage blockchain technology for a variety of decentralized and tamper-proof applications.

To learn more, please read our next article, “What is Ethereum”.

These cryptocurrencies are designed to minimize price volatility and reduce financial risks. Bitcoin and a vast majority of altcoins are both highly volatile and highly correlated. The price of Bitcoin is often prone to large fluctuations that can happen within minutes or even seconds. When Bitcoin experiences such drastic changes, many altcoins follow suit. Stablecoins offer investors refuge from these price falls by providing alternatives that are not subject to the same risks. These altcoins are backed by less volatile assets such as commodities, fiat currencies, or carefully selected baskets of other cryptocurrencies.

The value of commodity-backed stablecoins is both fixed to and redeemable for target commodities such as gold, silver, and other precious metals. Digix Gold Tokens (DGX) for example, are backed by gold. At any point, a holder of this token should be able to redeem it for an equivalent value in gold. Commodity-backed stablecoins are also the least prone to inflation given that it is much harder to mine and increase the supply of a metal than it is for a central bank to print more money.

TrueUSD (TUSD), USD Tether (USDT), and USD Coin (USDC) are all examples of stablecoins that are pegged to the United States Dollar. As such, the value of one of these coins should always be as close as possible to one US Dollar. For more of these tokens to be issued, companies must first deposit the same amount in USD into their reserves. However, USDT for example has faced criticism as they have been unable or unwilling to provide audit reports proving the true value of their reserves.

As expected, these are stablecoins that are generally backed by a portfolio of other cryptocurrencies. The implementation of this system is much more complex than its fiat and commodity counterparts. This is because unlike these two options, the collateralization of this stablecoin happens on the blockchain with the use of smart contracts. For price stability to be achieved, it must employ additional instruments and incentives beyond collateral. We will take a closer look at these stablecoins later in this series.

Because over 5000 altcoins currently exist, it is impossible to cover them all. The purpose of this article is not to provide a comprehensive guide for every Bitcoin alternative, but rather a summary of some of the more prominent projects in the history of altcoins. Many of the current top 10 cryptocurrencies that were not mentioned here will likely be covered in future articles. However, the basic knowledge and snapshot offered by this article should provide you a good starting point to study and research any other rising alternatives or coins of interest. Make sure you read our next article as we explore how Ethereum has dramatically reshaped the cryptocurrency field.