The last six months were a wild ride for traders and investors, especially as we saw meme coins generate 100x returns. However, with Bitcoin and altcoins nosediving back down to prices last seen in February, the month of May proved again the fact that the crypto market is indeed volatile.

A series of Elon Musk’s tweets against Bitcoin triggered the crypto market shake-off, and FUDs like Chinese authorities cracking down on cryptos further pushed it down. Over $1 trillion was wiped off the market, but the strong fundamentals kept the institutions, who did not react in panic and sell. This is why most cryptocurrencies have again started to make green candles on their charts.

Let’s go through and take a look at the events that defined the crypto market in May. 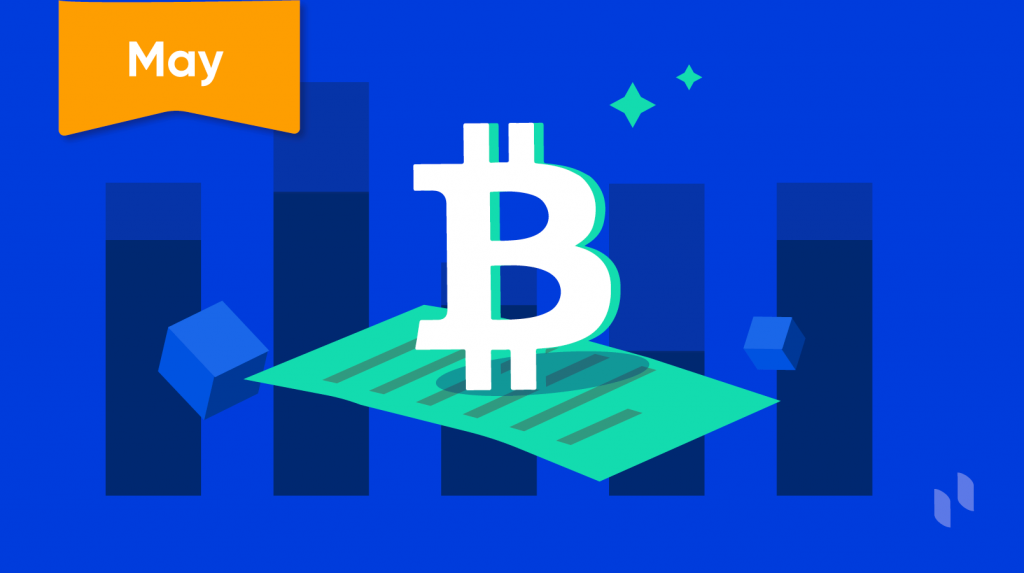 Right before the crash, Ether (ETH), the second-largest cryptocurrency by market cap, broke through $4000 for the first time in its history, climbing to a new peak of $4330 on May 12. 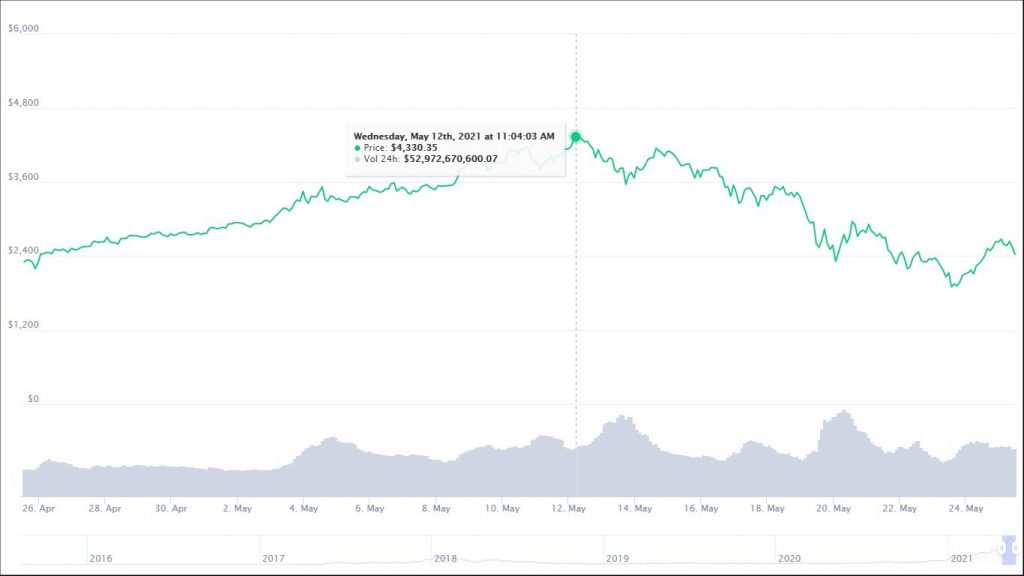 ETH soaring to this new all-time high also made Vitalik Buterin one of the youngest self-made crypto billionaires. While the crypto community admired ETH’s new high, JP Morgan said the asset’s increasing valuation isn’t underpinned by data for how widely it is used.

Bitcoin succumbed to the pressure put on by Elon Musk’s tweets, mainly his reversal on Tesla accepting the digital asset as payment. 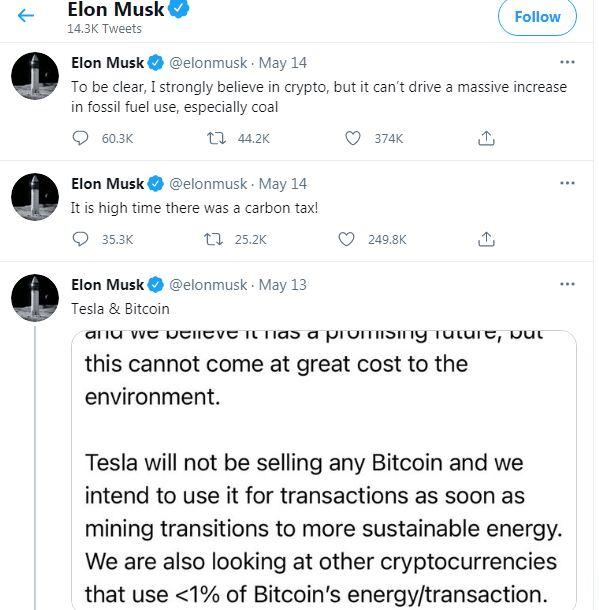 On top of that, China cracked down on trading and mining Bitcoin to prevent financial and speculative risk. The Chinese campaign against cryptos, which is essentially a reiterated FUD, came after the U.S Treasury Department called for a new proposal on cryptocurrencies, which would require exchanges and users to report the cryptocurrency transfer of over $10,000 to the Internal Revenue Service.

All these factors left Bitcoin down almost 50% from its $64,600 all-time high. Ethereum followed Bitcoin’s lead and plunged below $2000. The bloodbath continued for all other altcoins as the crypto market observed a major sell-off.

As reported by Financial Times, Citibank, the fourth largest bank in the U.S., could be the next in line to enter the crypto space after surging client interest.

Microstrategy has again made the most from Bitcoin’s downturn as it bought another 229 BTC for $10 million in cash. The company now holds 92,079 BTC purchased for an average price of $24,450/ per BTC. 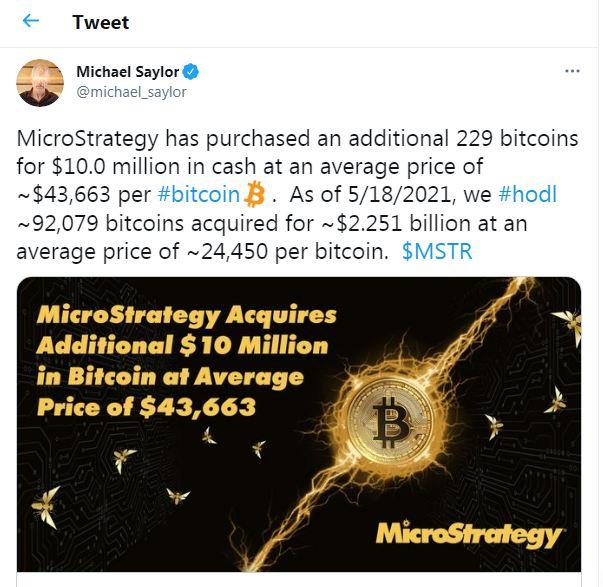 Billionaire Ray Dalio also admitted to owning Bitcoin and shared that “he will prefer a Bitcoin over a bond.” Former World Bank Chief Economist sang to the tunes of Ray Dalio and said, “crypto is here to stay as a kind of Digital Gold.”

The second richest person in Norway, Kjell Inge Rokke, is also betting big on Bitcoin and hinted that his company might consider buying.

FUDs Continues to Hover Around The Crypto Space

Cryptocurrencies have long been a victim of Fear, Uncertainty, and Doubt (FUD). This month saw many fake headlines trying to discourage new investors. First was the news that Binance is under investigation by officials from the Internal Revenue Service and the Department of Justice. Changpeng Zhao cleared the FUD through a tweet: 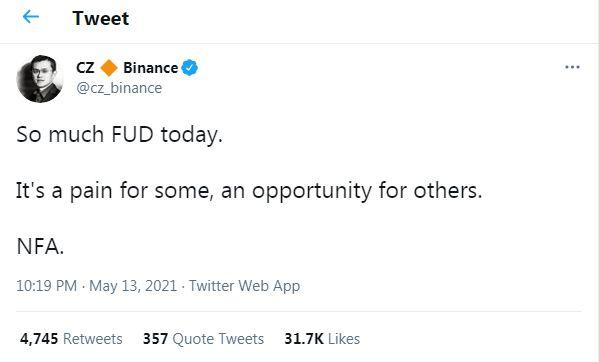 NFT Market is Back on Track After a Slow April

After a frenzied first quarter for non-fungible tokens, the market slowed down in April. However, NFTs were back on track in May, with total sales crossing new all-time highs. 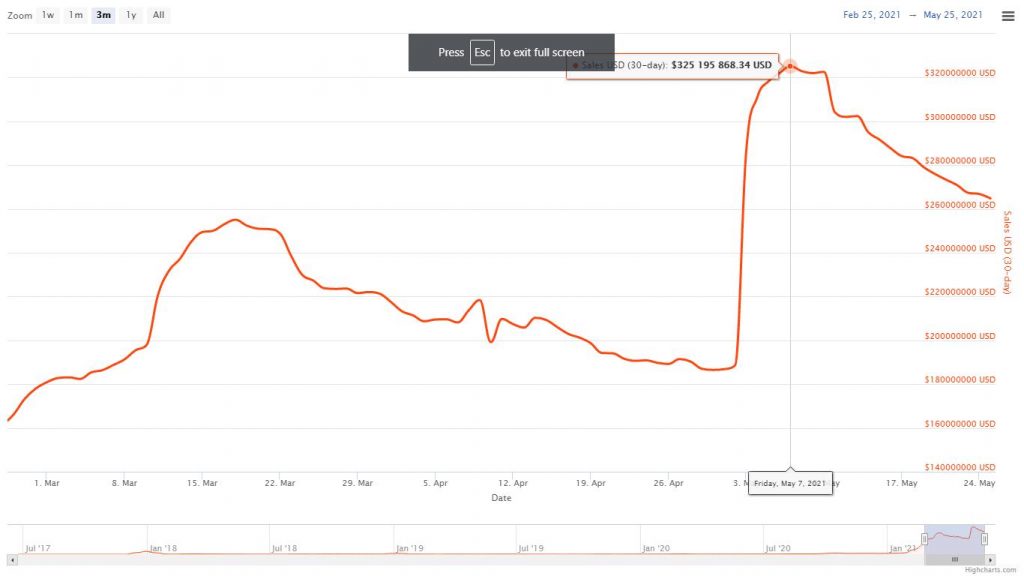 Neal Adams, a well-known comic artist, is planning to join the NFT bandwagon, which will further spur interest in digital collectibles on the blockchain. Furthermore, eBay, a popular e-commerce marketplace, recently entered into the blockchain realm by launching NFTs for verified users.

Some Positive Sentiment Across the World Against Cryptos

The National Payments Corporation of India (NPCI) refused to ban payment transactions related to cryptocurrencies. The authority left it to the banks to decide whether they want to facilitate such transactions or not.

The Bank of Korea also shared it is moving forward with new plans to launch a central bank digital currency (CBDC) as it seeks tech partners to help build the CBDC.

New Digital Investment Group (NDIG) is entering into a partnership with Fidelity National Information Services to develop a framework for US banks to start allowing their customers to trade crypto directly from their accounts.

Despite May’s crypto market crash, there’s still significant positivity in the market and cryptos will continue to make their way into more people’s portfolios.