“Writing a description for this thing for general audiences is bloody hard. There’s nothing to relate it to.” – Satoshi Nakamoto, July 5, 2010 (Bitcoin Forum) 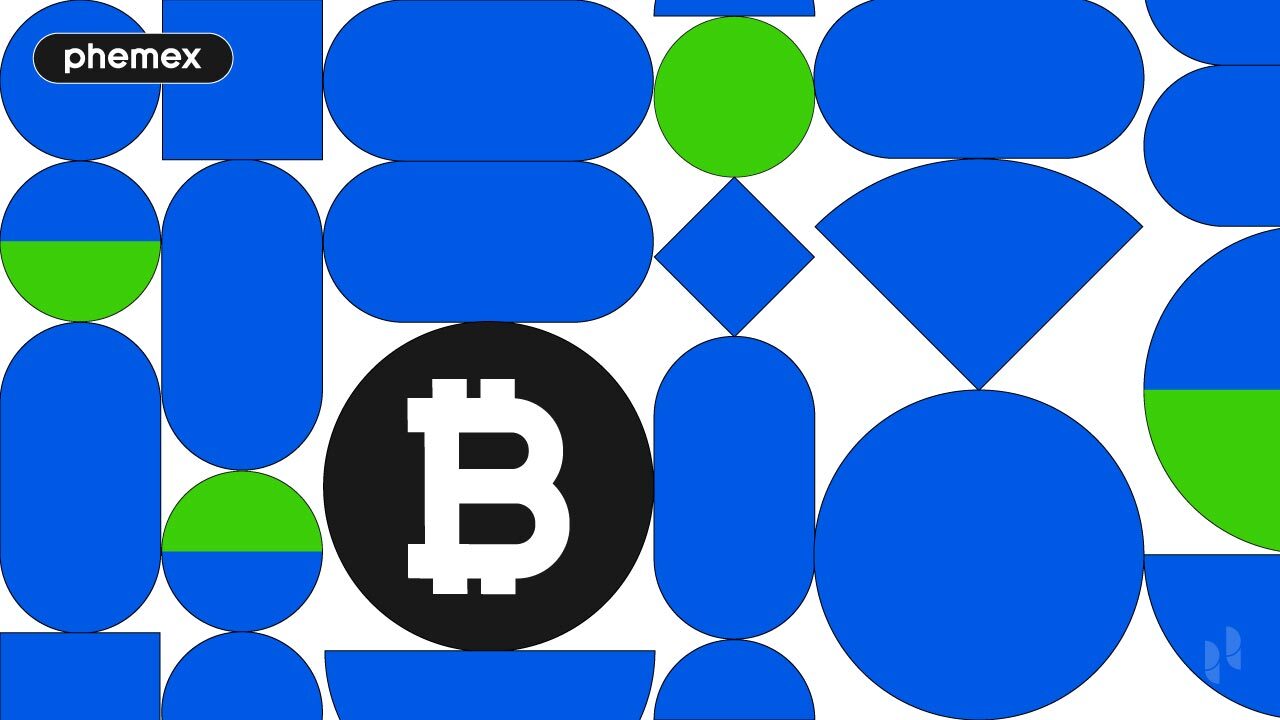 Bitcoin is a first-of-its-kind digital currency that can be used without a bank or any other third party. It is also not issued or endorsed by any government but “mined” into existence by a network of computers around the world. Because of this, some see it as the ultimate freedom money; others see it as the biggest scam in history.

At time of writing, Bitcoin is trading at $23,000, with a circulating supply of 19 million coins for a market cap of just under half a trillion dollars.

Bitcoin was created by a person/group named Satoshi Nakamoto, whose real identity remains the biggest mystery in the world of cryptocurrency. Two years after he launched Bitcoin in January 2009, he disappeared forever with a very cryptic farewell email to the circle of programmers he had been corresponding with, stating, “I’ve moved on to other things. It’s in good hands with Gavin [Andresen] and everyone.” What is not a mystery is his motivation for creating Bitcoin.

In an online forum, he pointed out the root problem with our existing monetary system–that we have to trust our banks to manage our money, even if they have historically demonstrated a breach of that trust and acted in ways that were not in the best interest of the general public.

In other words, the existing banking system was the financial equivalent of trusting the fox to guard the hen house. Satoshi Nakamoto created a decentralized, peer-to-peer digital cash system so that people could transact with one another without the banks. 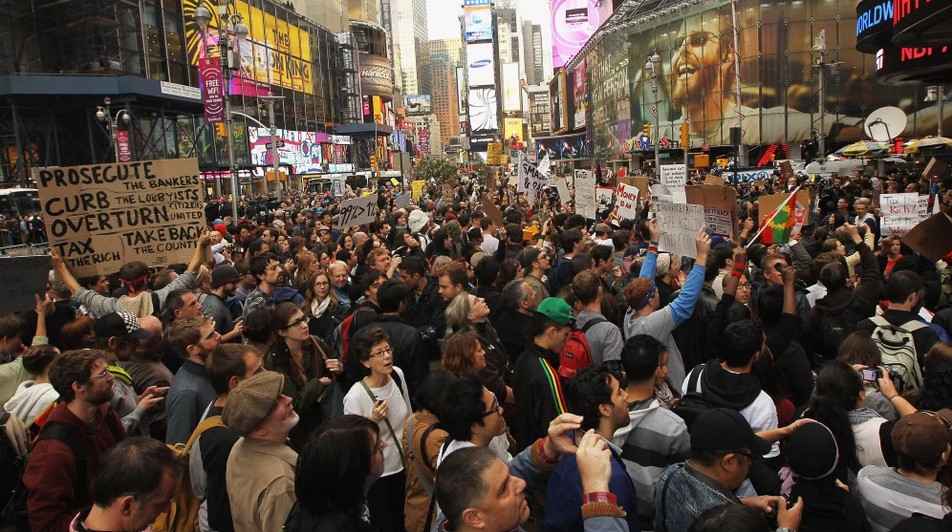 If its creator has disappeared, who is controlling and managing Bitcoin? Nobody and everybody. Bitcoin’s decentralized system differs from a centralized one in several key aspects:

Before we get into the technicalities, read this first if you haven’t: Why Does Bitcoin Have Value?

How do I use Bitcoin?

Bitcoin actually works in a similar way to the e-cash we use nowadays (to pay a vendor on Amazon or subscribe to Spotify), but instead of downloading a mobile banking or payment app, we download a crypto wallet app instead.

And instead of connecting it to a bank account and using PIN codes, we use a different set of numbers–public and private keys. These keys are strings of letters and numbers that perform the same function of ensuring that only the rightful owner can access and spend the money.

1) Download a crypto wallet. A crypto wallet is a software that will randomly generate the public and private keys for us to access and spend our bitcoins.

2) Save your seed phrase. When you first start using a crypto wallet, it will give you a seed phrase i.e. a randomly generated list of 12-24 words that nobody else in the world has ever seen. This seed phrase is used to back up, restore and retrieve all your keys and your bitcoins–if you lose it, you lose all your bitcoins, and there is no “customer support” to help you.

3) Send bitcoins: This seed creates a private key i.e. a random large number that acts as the wallet’s password to spend bitcoins. Anytime you want to send bitcoins to someone, you have to prove your ownership of those bitcoins by using this key to create a one-time-only digital signature matching that particular transaction. Obviously, this key should never be disclosed to anyone.

Example of a Bitcoin private key:

4) Receive bitcoins: The public key is cryptographically derived from the private key, and shortened to serve as your address (like an email address) that you can share with others for them to send bitcoins to you. 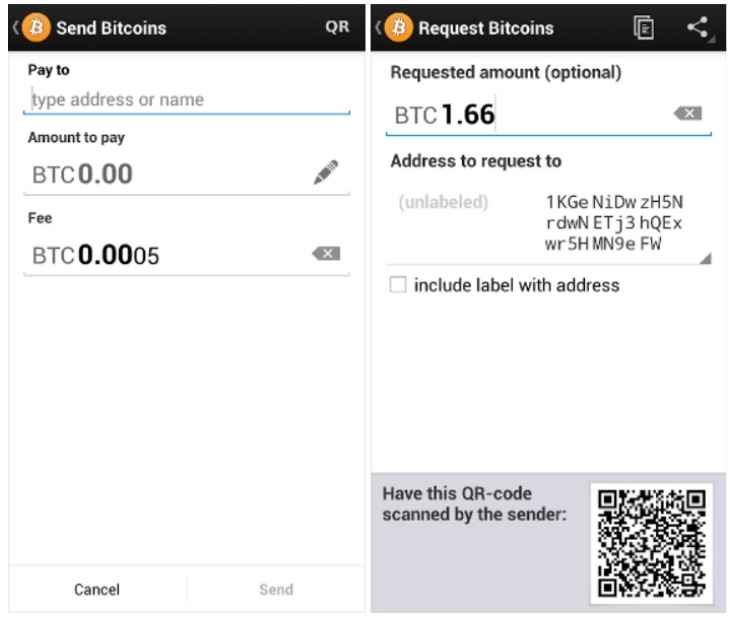 A screengrab of the Bitcoin Wallet user interface (Source: Bitcoin.org)

While there is no fee charged to receive bitcoins, sending bitcoins incurs a default transaction fee set by your wallet. The transaction typically usually takes minutes to an hour plus for completion (longer if there is a high volume of transactions). There is also the option of not paying a transaction fee, in which case it might take much longer (even weeks) for your transaction to clear.

Nowadays, a small but increasing number of businesses are accepting bitcoins as payment, from restaurants, cinemas and airlines to online media outlets and even an entire country.

The best way to learn about Bitcoin is really just to get some sats and try it out yourself.

But while cryptographic signatures prevent other people from spending our bitcoins, how do the recipients know that those bitcoins they are receiving from you have not already been used to pay someone else?

This is where Bitcoin mining comes in.

How are Bitcoin transactions processed?

While the user experience of sending and receiving bitcoins may be similar to how you would interact with your mobile banking or payment app, it’s a completely different beast on the backend.

With or without banks, transactions need to be validated. And when people talk about bitcoin mining, they are really referring to the process of validating and confirming transactions in exchange for bitcoin rewards. The following sequence does not capture every technical intricacy of this process. Instead, it aims to provide a high-level, conceptual understanding of how Bitcoin transactions are processed.

Let’s break it down.

If you’re still with us up till this point, congratulations, you have just learned how blockchain works. In essence, it is really about securing the transactional data on the Bitcoin network so that people can rely on it to trade with one another. The bitcoin cryptocurrency is just the reward for doing this all-important job. 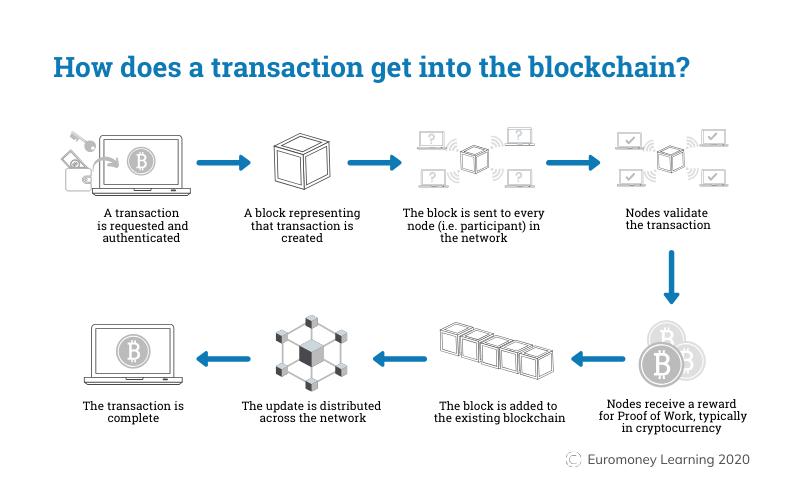 At the heart of it is how Satoshi overcame the seemingly unsolvable dilemma that has stumped cypherpunks for years–maintaining a single record of truth among complete strangers without any single authority in charge. Using cryptography, computer code and a reward system, Satoshi enabled the creation of a common record of truth that everybody can trust, because it requires no trust at all.

(The Cypherpunk movement began in the 1970s in the San Francisco Bay Area when a group of computer programmers started exploring ways of using cryptography to safeguard what they considered to be a core tenet for an open society in a digital age–privacy.)

If you go to Blockchain.com, you will see, in real time, all the bitcoin transactions in queue, waiting to be confirmed before being added to the blockchain. In a world where people once had to cart heavy gold coins around at risk of robbery, to the present day burden of expensive bank charges, conversion fees and time delay, to see this flurry of value exchange happening without a single third party, is, to put it mildly, remarkable.

Here’s a screenshot of the action:

Bitcoin transactions awaiting confirmation before being added to the blockchain (Source: Blockchain.com)

How do I buy Bitcoin?

The easiest way to buy some bitcoins today is through cryptocurrency exchanges like Phemex. While Phemex offers both spot and contract trading for investors to choose from, spot trading is the recommended avenue for beginner crypto buyers. To buy Bitcoin on Phemex, simply follow the instructions below.

Go to the Phemex homepage, register for an account, and select Markets.

On the Markets tab enter BTC into the search bar on the top right, immediately after, the BTC/USDT trading pair will appear below – select Trade to move on to the next step.

You will then be redirected to the Phemex trading platform for the BTC/USDT pair. To do a simple spot trade we recommend doing a market order where you can buy BTC at the market price. To do so, select Market, enter the amount of USDT you want to buy of BTC, and click Buy BTC.

Yes, you absolutely can. You do not have to buy a whole bitcoin at once.

Hot tip: Websites like earncarrot.com will give you free sats for reading articles about Bitcoin.

Scalability: As Bitcoin slowly gained popularity and adoption over the years, its greatest strength became its greatest weakness. The security measures put in place have safeguarded the network from hacks but it also kept it from scaling i.e. it simply cannot be used by too many people at the same time. While credit card networks like Visa process anything from 1,700 transactions per second (TPS), Bitcoin can only do three to five TPS.

Smart contract processing: Presently, the Bitcoin software can only be used to store and transfer value, instead of more complex functions such as borrowing, lending and trading.

Energy consumption: There has been much controversy about the high energy consumption of Bitcoin’s Proof-of-Work process. However, the latest Q2 2022 report from the Bitcoin Mining Council (BMC) has stated that almost 60% of the electricity used to power Bitcoin (BTC) mining machines comes from sustainable sources.

Even though it’s the first and oldest cryptocurrency around, the Bitcoin software is still in beta phase, and every now and then security flaws are found and fixed. In November 2021, Bitcoin got its first upgrade in four years called “Taproot,” aimed at increasing transaction processing efficiency and privacy. Notably, it will also enable the Bitcoin blockchain to perform more complicated transactions instead of merely value transfer, potentially bringing it a step closer to Ethereum (the second largest cryptocurrency) in terms of smart contract processing.

Outside of Bitcoin, other innovations are extending Bitcoin’s capabilities. The Lightning Network, for example, enables multiple transactions to be relayed between parties on a secondary channel, thus freeing up processing capacity on the main Bitcoin network.

Is Bitcoin a good investment [Updated 2022]?

As Bitcoin is still a young asset, its price is heavily influenced by supply and demand as well as market sentiment and speculation, thus the volatility. The quick answer to the question of whether Bitcoin is a good investment, therefore, is equally varied:

Notably, however, Bitcoin has been the best-performing asset over the last decade, surpassing gold and S&P 500. At the end of the day, individual risk appetite and investment horizon are critical factors that determine the returns one stands to gain from investing in Bitcoin. 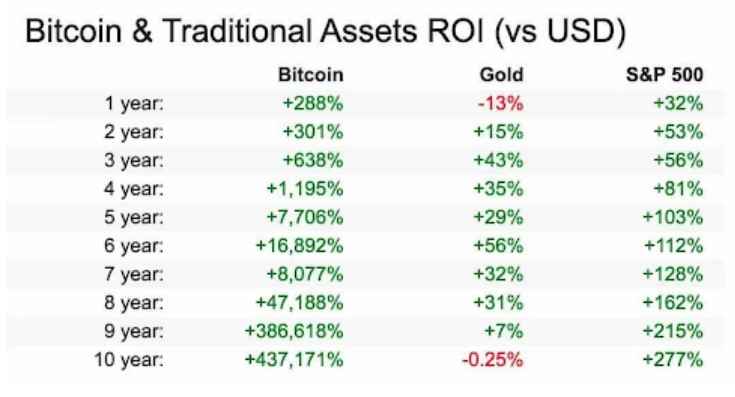 What should I know before investing in Bitcoin?

The most important thing to know before investing in Bitcoin is that as with all investment, there is a risk and Bitcoin, being an extremely volatile asset, is especially risky. In fact, Bitcoin has lost about 70% of its peak value, trading at around $23,000 at time of writing. However, drastic price crashes like this are common especially in the crypto markets and experienced investors and traders see these as money-making opportunities–”buy low, sell high.”

Ultimately, Bitcoin is a high-risk, high-reward asset and should be treated the same as any other risky investment. In fact, the golden rule in investing applies to Bitcoin: do not invest what you cannot afford to lose. If you do, you will be much more prone to panic-selling when Bitcoin’s price plunges, which will result in you losing out on potential gains when the price appreciates again.

Before Bitcoin, the idea of money being beyond the remit of banks was completely inconceivable, at least for the man on the street. Today, there are more than 19,000 cryptocurrencies in the market, many of which are trying to beat Bitcoin at its own game.

At the same time, while it is too early to say that it has “arrived” as a global P2P currency, Bitcoin has the advantage of a head start, an active, passionate development ecosystem and most importantly, an unblemished security track record till date. If it succeeds in gaining mass adoption one day, it will transform modern trade in ways we cannot imagine today.