What is ApeCoin: The NFT Cryptocurrency to Unify DeFi?

The world of decentralized finance (DeFi), from decentralized applications (DApps) to the whole decentralized community, is expanding at an incredibly rapid rate. These developments can be seen in the Metaverse, blockchain gaming, digital art, and other decentralized spaces. Each of these new platforms needs tradeable assets and governance tokens to run and expand, and DeFi provides the solution. One blockchain company that sees potential in every aspect of this market is Yuga Labs and its Bored Ape Yacht Club (BAYC) platform. To accomplish this expansion, Yuga Labs and BAYC have launched a revolutionary cryptocurrency — ApeCoin (APE). At the time of writing, ApeCoin is valued at $12.88 with a circulating supply of 277.5 million APE for a market cap of $3.6 billion. 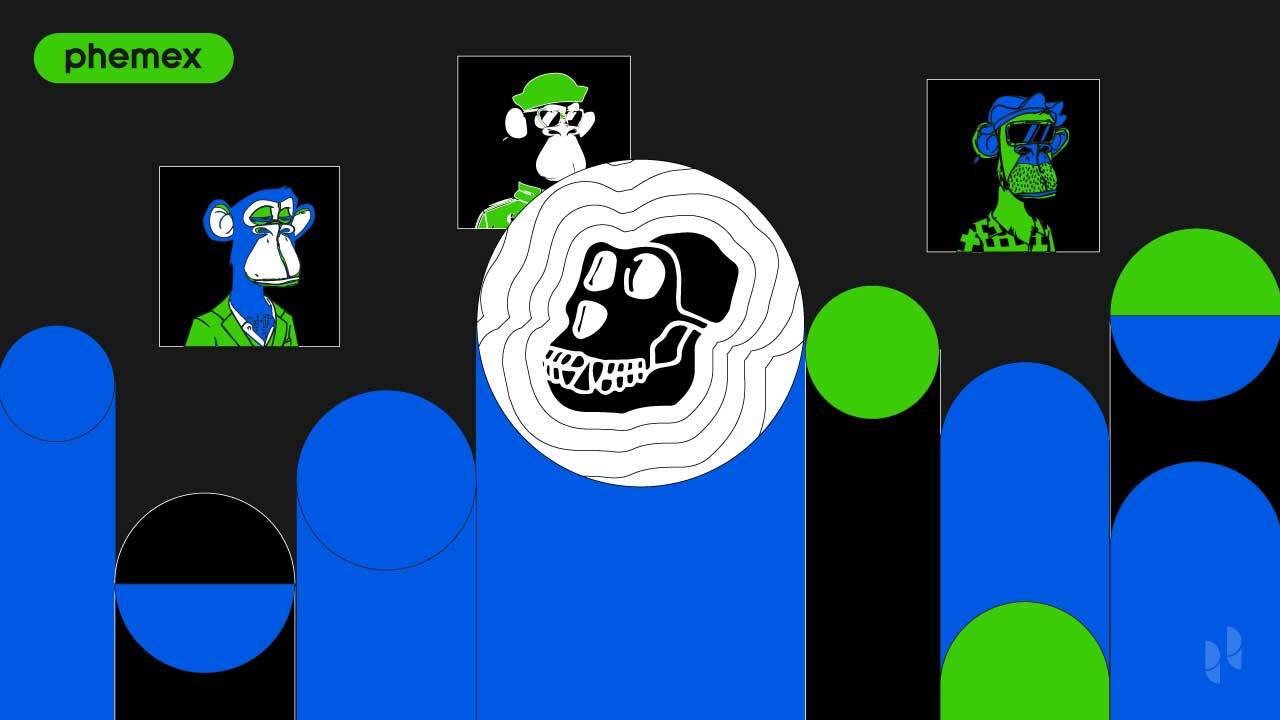 ApeCoin (APE) was launched in March 2022 as an ERC20 token, meaning it runs on the Ethereum network. This means ApeCoin users benefit from Ethereum’s security and technology and that ApeCoin has the ability to be used on any Ethereum DApp in the future. ApeCoin is many things, but primarily it’s the result of a vision to link many different decentralized projects together. This is shown by its creators, Yuga Labs, stating that ApeCoin will be the coin and token (APE token) for all new products and services launched by their company — from in-game currency to governance tokens. Thus, as both an ApeCoin cryptocurrency and an APE token for utility, ApeCoin has been built to launch all Yuga Lab’s future plans in the crypto space.

ApeCoin is already being used in the blockchain-based game Benji Bananas, while big plans are in store for its use in Yuga Labs’ soon to be launched Metaverse blockchain game, MetaRPG, as well as in other games and platforms created by other developers on other networks. 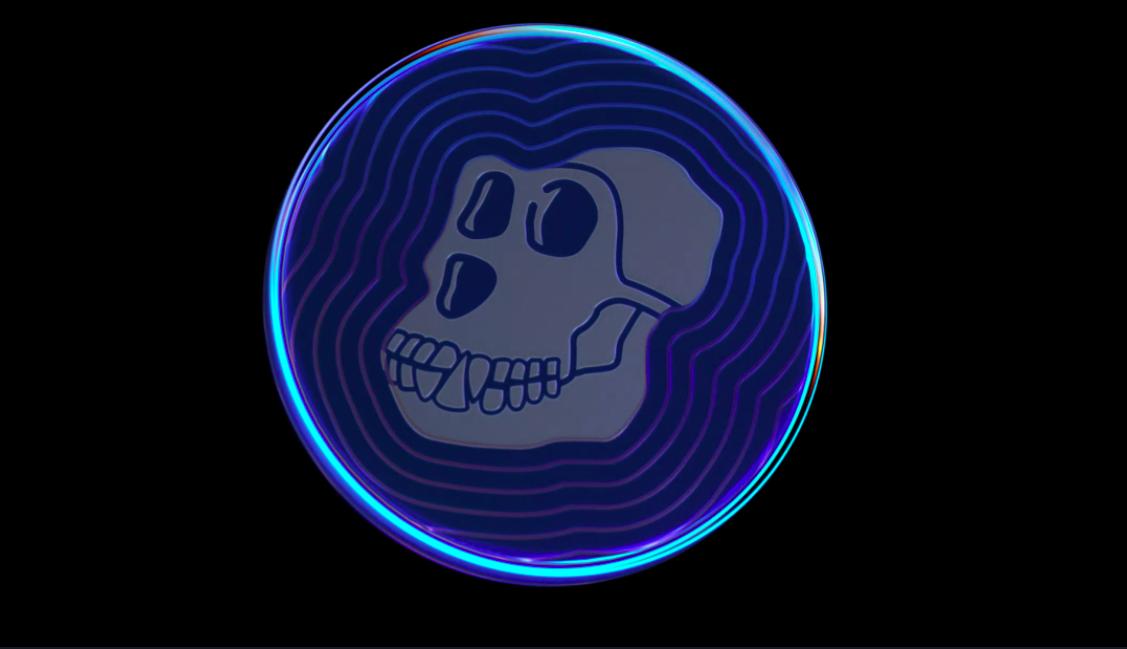 What is The ApeCoin DAO and Its Decentralized Community

You can now trade APE on Phemex

ApeCoin DAO members hold a percentage of the available ApeCoin, meaning they will hold a stake in ApeCoin, which they can then use to vote on ApeCoin projects (1 ApeCoin = 1 vote). In this way, the coin becomes a token — the APE token. However, despite the founders not being on the DAO board, they do retain an amount of stake for themselves. Yuga Labs, the company behind BAYC, will retain 15% of ApeCoin, the BAYC founders will retain 8%, DAO launch contributors will retain 14%, and Bored Ape NFT holders will hold a further 15%. This means that less than 50% of ApeCoin will be publicly available — meaning that ApeCoin and the ApeCoin DAO are more centralized than many cryptocurrencies, albeit the centralization is distributed among many parties. This could be seen as a negative, however, it should be noted that the ecosystem is already decentralized by the number of individuals on the ApeCoin DAO, in BAYC, and in Yuga Labs. Moreover, it is hoped that by distributing the coins in this way, the platform can ensure that the majority of holders will be active participants and invested in the coin performing well.

The ApeCoin’s parent platform, the Bored Ape Yacht Club (BAYC), has had a strong start from the beginning and all the way into 2022. This will certainly benefit the value of ApeCoin, as the BAYC’s already successful non-fungible token (NFT) collection and community platform is helping raise its profile and investment and partnership opportunities. 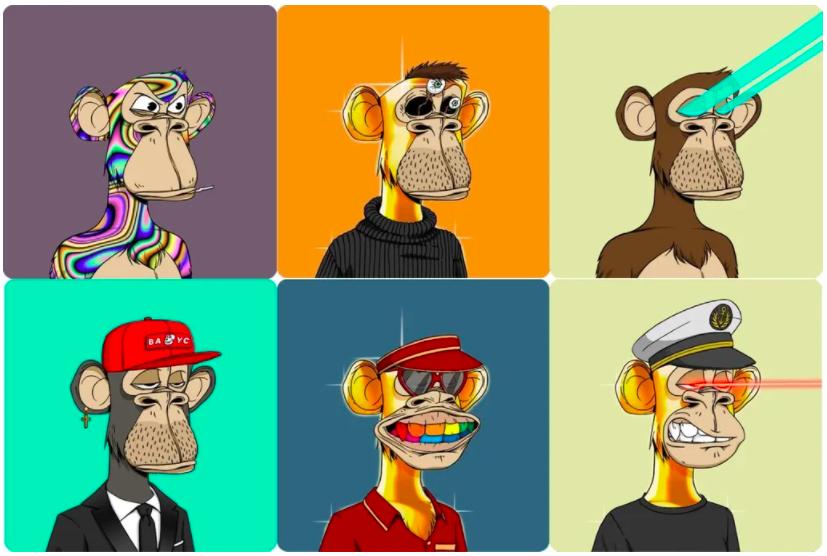 Some of the most expensive bored Ape NFTs to date — with a combined value of over $11.6 million. (Source: nftsstreet.com)

The BAYC was able to launch itself into the limelight in May 2021, when the NFT platform gifted billionaire investor Marc Cuban a Bored Ape NFT. This subsequently led to a huge boost to their popularity and a whole trail of celebrity investors:

The hype surrounding the BAYC community, platform, and Ape NFTs adds huge value to the community and all its applications. As the Ape ecosystem expands, bringing with it increased functionality for the Ape cryptocurrency and APE token, it will also help launch ApeCoin’s value.

ApeCoin was listed on March 17, 2022, for a price of $20.45 per APE. Despite its launch coming days after Yuga Labs had expanded their NFT collection, with the purchase of CryptoPunks and Meebits, ApeCoin’s value failed to take off, instead dropping to $6.50 that same day. Once more people heard about ApeCoin, however, the token began to regain its value. By March 18, 2022, ApeCoin had reached $17.75, later falling to $10 before stabilizing at $12- $13, where it remains today. 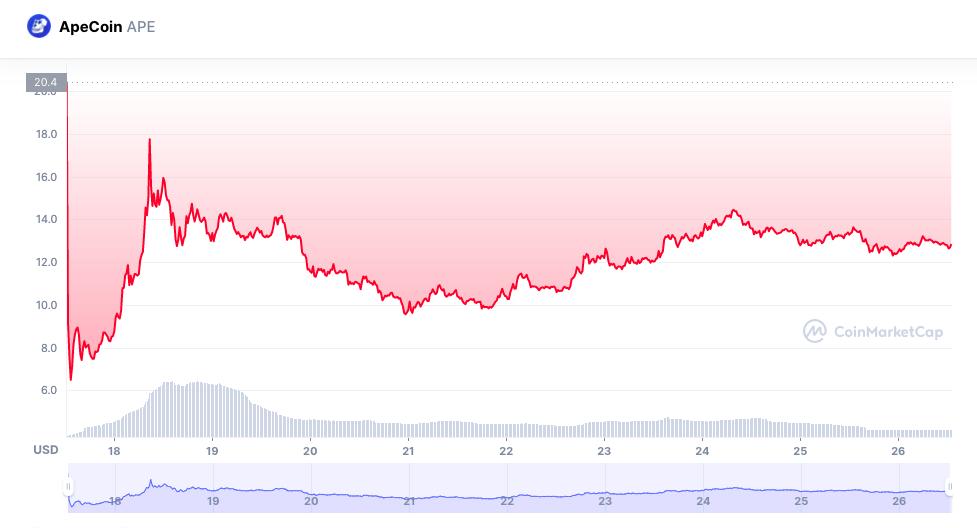 ApeCoin seems to have stabilized but it’s still very early days in the token’s life. With huge financial might in the shape of celebrity investors, a $3 billion dollar parent platform, and a very successful parent company, it seems very likely that ApeCoin will have the backing it needs to grow through its initial growing pains. Add this to the fact that Yuga Labs intends to launch a vast Metaverse play-to-earn gaming platform with ApeCoin as its native currency, and it certainly seems to paint a positive future for the cryptocurrency. Additionally, as ApeCoin becomes more of a known currency, developers across the DeFi space may begin to adopt it for their DApps — an option which forms part of Yuga Labs’ vision and would add value to ApeCoin.

ApeCoin is a very recent cryptocurrency with a lot of its features and functionality still to come. Despite that, the token is already doing well and has significant backing through its parent companies and platforms — both financial and socially, with many backers in the form of household celebrity names. ApeCoin is set to be used across the DeFi space, as a utility token in the decentralized community, as in-game crypto for Yuga Labs’ games as well as those from other developers, and more. Thanks to its adaptability, ApeCoin could become a crypto used across many blockchains and platforms, potentially bringing more unity to the space and more value to itself and its ecosystem. This may be a very new cryptocurrency, but it’s undeniably one to watch.