What is A DAO: Decentralizing Organizational Governance

A decentralized autonomous organization, or DAO, is — as the name implies — an organization that is governed by transparent code and mostly free from centralized influence. As a blockchain-based organization, the governing rules are encoded as a computer program and available for all to see, while financial transactions are recorded on a blockchain. Because DAOs are open source, their code may be viewed, verified, and audited by anyone.

In many ways, Bitcoin is considered the first true DAO because it has a programmed and transparent set of rules that execute in a decentralized fashion and has a distributed consensus protocol. It wasn’t until after the creation of smart contracts on the Ethereum protocol, however, that DAOs began to gain traction in the wider blockchain and cryptocurrency space. 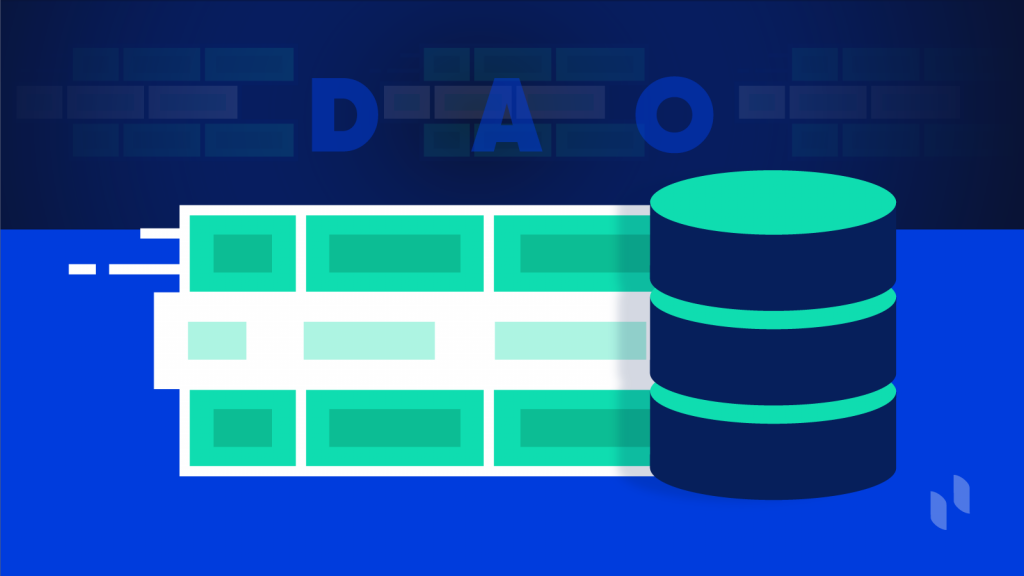 How Do DAOs Work?

For a DAO to work, a set of operational rules must be established and encoded as a smart contract on a blockchain, such as Ethereum. This smart contract will exist in an autonomous fashion on the Internet. However, humans still need to be involved in order to develop and maintain a DAO.

After the establishment of a decentralized autonomous organization’s rules, a DAO will usually enter a funding phase — a critical step, given that a DAO requires some form of spendable and rewardable capital. Additionally, a DAO needs investors in order to have entities able to vote on governance proposals.

A DAO will generally be deployed after it has completed its funding period. Once deployed, the organization becomes — to match its name — decentralized and autonomous, as the rules are permanently recorded on a blockchain. At this stage, a DAO takes advantage of all the hallmarks of blockchain technology — namely, its transparency and immutability.

After deployment, DAO related decisions are reached via consensus. Stakeholders in the DAO may propose governance changes, new rules, reward adjustments, or other ideas — usually by way of making a deposit. Stakeholders may then vote on these proposals, with the participation and approval-percentage requirements varying from DAO to DAO.

Once fully-functioning and deployed, DAOs allow for the decentralized and borderless exchange of funds between individuals or entities via investment, donation, funding, borrowing, or various other means of conducting financial transactions.

The Advantages of A DAO

The most obvious advantage of a DAO is the fact that it removes centralization from organizations. While the vast majority of organizations in the world are governed and controlled by centralized parties, DAOs put an organization’s governance truly into the hands of those who have a stake in it. Every investor, in theory and practice, should have the opportunity to help govern a DAO.

Another advantage is that the rules are pre-defined, transparent, verifiable, and distributed. Nobody may argue that they didn’t understand a DAO’s rules prior to joining, as the rules were always publicly verifiable. Additionally, proposals and decisions must usually be carefully considered before being put forth, as they often require a certain amount of spend.

Furthermore, a DAOs rules and transactions are always recorded on a blockchain, ensuring full transparency and accountability of every financial decision and movement. While centralized organizations may maintain opaque records, a DAO’s records are always available for all to see.

The Disadvantages of A DAO

One problem with a DAOs decentralized nature and voting mechanisms is that a post-launch security flaw may not be corrected until a majority of its stakeholders vote to approve a fix. This leaves open the door for hackers and wrongdoers to potentially drain a DAO of all its funds.

DAOs are also unable to develop themselves. In order for a DAO to develop on its core foundation, a contractor must be hired — which requires a decentralized vote. Some might say that this has the potential to slow down a DAOs development, though many might argue that the pros of a decentralized governance model outweigh the cons.

One additional concern shared by those who are not natural proponents of blockchain technology and cryptocurrencies involves the belief that the masses are unlikely to make the best governance decisions over an organization — though this is largely up to personal belief.

Finally, a prime concern for DAOs involves the lack of a clear regulatory framework. Most governments around the world do not have clearly defined legal stances in regards to DAOs, which may hamstring the rapid development of such organizations.

Decentralized autonomous organizations are prevalent in today’s blockchain and cryptocurrency space, though the average retail user might not necessarily realize it.

Specifically, the world of decentralized finance, or DeFi, is rife with DAOs. Maker DAO, a decentralized collateral financing platform, is perhaps the most famous DAO. Leading decentralized exchanges Uniswap, Compound and SushiSwap are also all governed in a decentralized fashion and rely on governance tokens — UNI, COMP and SUSHI, in these cases — for the putting forth of and voting on proposals. Other DeFi platforms, such as Yearn, Aave, Curve Finance and Badger DAO, are also all DAOs.

Outside of the world of DeFi, older digital currencies are also decentralized autonomous organizations. Dash, for instance, is a DAO, because of its decentralized governance model and budgeting system.

However, with decentralized finance proving to be one of the most prevalent sectors of the entire blockchain space, the importance of DAOs may continue to increase dramatically going forward as the early promises of “decentralizing everything” made by so many early projects come to fruition.