What is Hathor Network (HTR): An Alternative Scalable Cryptocurrency 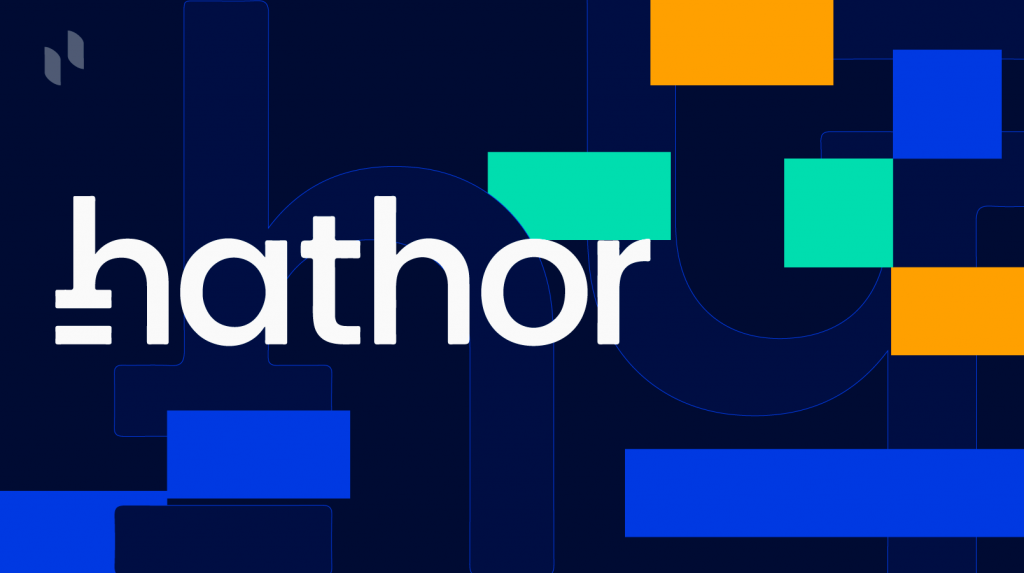 Launched in 2020, Hathor (HTR) is a proof-of-work blockchain network designed for lightweight financial transactions and contracts. HTR trades at $1.41 per token with a circulating supply of 180 million, for a total market cap of $254.8 million.

Cryptocurrencies have come a long way since Satoshi Nakamoto first released Bitcoin (BTC) in early 2009. As crypto pioneers sought to expand the token beyond Nakamoto’s vision, they found that much of Bitcoin’s base design limited both scalability and applications.

Crypto development largely splintered into three directions. Some sought to resolve major issues by creating a hard fork of Bitcoin, such as with Bitcoin Cash (BCH). Meanwhile, Bitcoin’s passionate community sought to improve scalability despite the token’s limitations, such as with the Lightning Network. Other developers like Vitalik Buterin moved to introduce new technologies, such as Ethereum (ETH) smart contracts and the ERC-20 token standard.

As blockchain technologies become more sophisticated, tokens are becoming more complex. While many tokens have improved on scalability, most solutions come at the cost of Bitcoin’s original vision. The complexity of Ethereum’s technology has led to numerous security breaches across the project’s history, including one that led to a contentious hard fork.

Bitcoin itself has suffered from increasing centralization as mining falls out of the reach of all but the most sophisticated miners. In July 2014, the mining pool gHash.IO caused concerns of a 51% attack when it exceeded half the network’s hash power. Some of Bitcoin’s hard forks have fared worse. In May 2018, Bitcoin Gold (BTG) suffered a 51% attack that resulted in roughly $18 million being stolen through forced double spending.

What is a Nano Contract?

Hathor also aims to reduce complexity by eliminating transaction fees and providing built-in atomic swaps and so-called nano contracts. Hathor’s nano contracts are still under development, and they aim to be a more secure and lightweight variant of smart contract functionality.

What does Hathor Coin do?

Hathor also lets holders create their own tokens without worrying about ERC-20, gas fees, or other arcane concepts. These tokens inherit the same properties as HTR and are capable of the same functionality as ERC-20 tokens.

Unlike the ERC-20 standard, custom Hathor tokens also support minting and burning. Any custom token created on the network requires a 1% HTR deposit for all minting operations, which is refunded when the corresponding custom tokens are burned.

Who Is Using Hathor?

Hathor’s ease-of-use design, higher scalability, and gas-less nature make it an ideal candidate for non-experts at the cost of more complex functionality. Though the project is still in its early stages, Hathor has managed to attract a level of developer attention as well as a few partnerships.

One of Hathor’s first adopters has been HTRFDT, a development team based in Montreal that is working to build layer-2 infrastructure on top of the network. In an effort to solve the rising gas prices plaguing decentralized finance (DeFi) applications, the team is currently working on a project called HathorSwap. According to the team, this will be the first no-gas decentralized exchange (DEX).

In February 2021, Hathor announced it was partnering with HOPR, a completely decentralized token designed to provide solutions for private data exchange. HOPR CEO Sebastian Bürgel noted that Ethereum’s slow transaction speeds and high gas fees were limiting the network’s potential. Hathor helped alleviate these issues with its scalable architecture and lack of fees.

In early April, Hathor entered into a partnership with Ankr, a platform that allows users to deploy and manage nodes across 30+ blockchains. The Ankr platform will provide essential tools for ecosystem development and assist decentralized application (DApp) developers seeking to build on the Hathor network.

Who Is Behind Hathor?

Hathor originated from the novel architecture solution proposed by Marcelo Brogliato in his PhD thesis at FGV, a Brazilian university and think tank. The paper outlined a method in which the blockchain would guarantee security and handle low-volume transactions, while DAG would be used to scale the system.

The Hathor project has strong ties to academia. Most of the project’s leads graduated from or worked at FGV or the IME, an engineering institute run by the Brazilian military. The project team also includes Eric Nichols, a Stanford graduate with experience at Google and Microsoft, and other advisors from the Brazilian crypto industry.

The project is currently run by Hathor Labs, a company incorporated by Hathor’s founders in the Cayman Islands. The company’s stated goals are to manage the project during its early stages, raise capital to support development, and safeguard pre-mined HTR set aside for the planned Hathor Foundation.

The team plans to incorporate the Hathor Foundation in Switzerland. Much like its counterparts (such as the Ethereum Foundation), the foundation will be a non-profit organization in charge of project development. It will be governed by Hathor Labs, strategic investors, and “community leaders.”

Hathor’s price has increased at a steady rate since the start of the year. The token rose from $0.25 on January 22 to $1.41 on April 21, representing an increase of roughly 403% over 3 months. The token’s price has experienced a gradual correction over the past month, decreasing by around 19% from its all-time highs in March.

Hathor is currently ranked #221 by market cap. While HTR has no max supply, the block reward issued to miners is set to halve once per year. The block reward for HTR is currently 64, and is expected to decrease to 8 by 2023. Hathor Labs pre-mined 1 billion HTR during the creation of the genesis block on Jan 3, 2020. According to their tokenomics paper, most pre-mined tokens will be allocated for development. 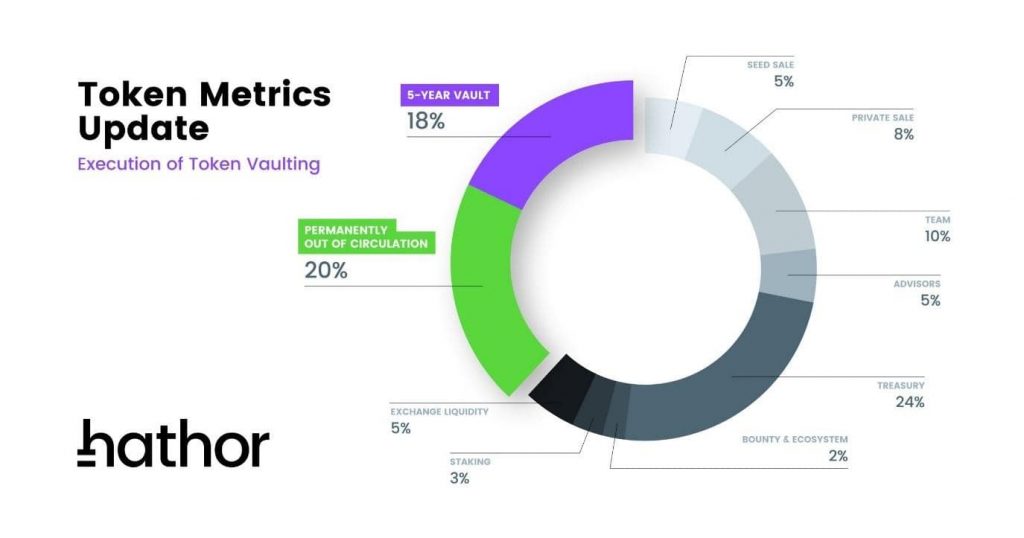 Can I stake HTR?

As Hathor is a proof-of-work token, it does not utilize validators to secure transactions. Hence, staking is unavailable. HTR is mined in the same manner as Bitcoin, and supports a merged mining mechanism. This allows miners to solve on multiple chains at the same time, without needing to spend additional computing power. Currently, HTR supports merged mining with Bitcoin and Litecoin (LTC).

What Is the future for Hathor?

Much of the network is still under development and most applications remain unexplored. Should HathorSwap prove successful, the DEX will serve as a solid foundation for the token’s potential in the DeFi space. The performance of Hathor’s initial partnerships may also set the tone for future development.

Unlike many newer projects that are heavily oriented towards certain applications (as with UniSwap (UNI) and DeFi, or Zilliqa (ZIL) and shard-based scalability), Hathor has chosen a more generalist approach. Hathor’s value proposition is more modest in nature, promising only to deliver better scalability than Bitcoin and improved accessibility over Ethereum.

Hathor’s promise of 200 transactions per second (TPS) may seem low compared to other projects, some of which claim the potential to reach tens of thousands of TPS. However,, Hathor’s team has expressed some skepticism over such promises in a recent technical paper.

While many other new tokens seek to differentiate themselves with grand promises of cutting-edge innovation, Hathor offers a more reserved, iterative path towards scalability.

The major challenge for 2021 will be to finalize the implementation of nano contracts and accelerate the development of meaningful use cases on the network. Given the gas-less nature of Hathor, DeFi and NFTs may be the way forward, so long as the network holds up in comparison to its competitors with more ambitious claims.

Perhaps owing to its early stage of development, Hathor has yet to launch an ICO. Development of the token is largely being funded by private investment from the team’s friends and family, along with the initial pre-mine of the genesis block. Hathor Labs has made it known they are seeking institutional investment, though nothing has materialized yet.

Also, while Hathor’s price run seems to be over for the near future, the token may experience another upturn if it finds itself listed on a major exchange. At the moment, it remains fairly difficult for most laymen to acquire the token. This may be a major barrier for further adoption, especially given the token’s positioning towards more user-friendly and lightweight Ethereum functionality.