What is High-Frequency Trading and How does HFT work? 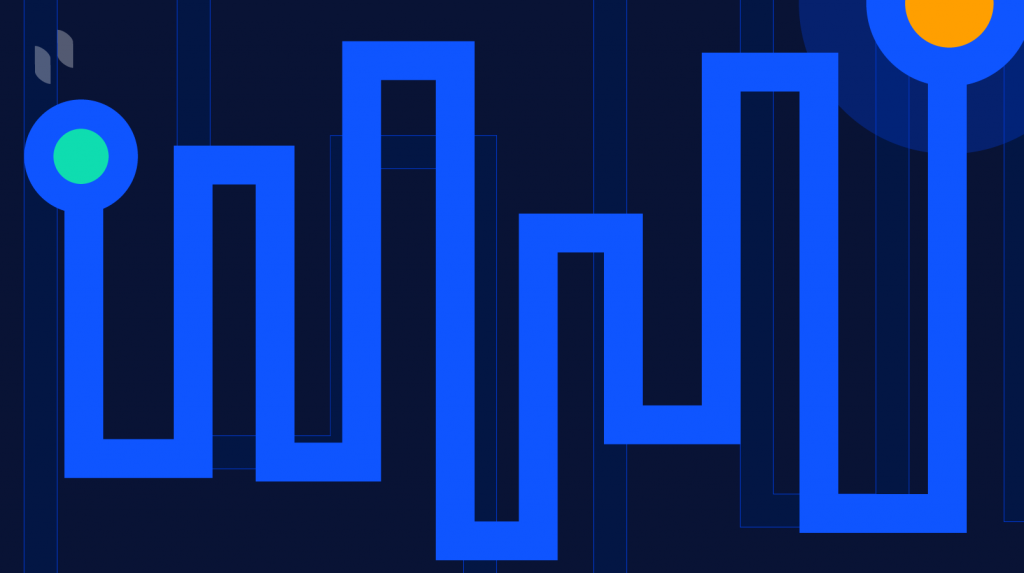 The stock market is not a place for the easygoing. It demands focus and the ability to react calmly to all kinds of situations. With trillions of dollars worth of shares being exchanged across the world every day, there’s little room for error.

An inherent characteristic of healthy financial markets is liquidity. An asset is worthless if no one is willing to buy it. Middlemen called ‘market makers’ profit from providing this liquidity, offering trades at all kinds of price levels for a fee. While the percentage cut has become smaller as markets became larger and more tech-savvy, these intermediaries have evolved too.

What is High-Frequency Trading?

Computers are far from intelligent enough to replace humans altogether, but they can still perform many tasks better than any human on the planet. High-Frequency Traders (HFTs) use computer algorithms called ‘algobots’ for arbitrage profits from minuscule price variations across near-instant time intervals.

How does high-frequency trading work?

In less time than it takes to blink, HFTs can place orders and generate profits by reducing the inefficiencies of manual market makers. Though high-frequency trading algobots are generally used at hedge funds and other institutional investment firms, the use of bots in trading appears to have helped retail investors too.

Bid-ask spreads are dramatically lower than they were twenty years ago, though this is partly due to the shift in stock trading from fractions to pennies in 2001. Still, electronic trading has improved market liquidity, and a study found that bid-ask spreads increased by 9% in Canada after the government introduced fees limiting HFTs in 2012.

However, high-frequency trading isn’t all positives and profits. The long-term effects of large-scale algorithmic trading on both markets and retail investors are still a little ambiguous. While bid-ask spreads are lowering, there could be diminishing returns for liquidity beyond a certain threshold.

HFT has a faster execution speed

High-frequency trading is an approach to trading that utilizes computer programs to make vast quantities of trades in fractions of a second. Using complex programming, HFTs can even analyze multiple markets at once, executing orders based on triggers placed for certain market conditions. In most cases, a faster execution speed leads to higher profits.

Besides its incredible speeds, high turnover rates and order-to-trade ratios are also characteristic of high-frequency trading. This form of trading became popular after exchanges began offering incentives to companies for creating liquidity following the collapse of Lehman Brothers in 2008.

The New York Stock Exchange (NYSE) employed Supplemental Liquidity Providers (SLPs) to add competition to existing liquidity quotes on the exchange. The average SLP rebate is much less than a cent, but with millions of transactions per day, this can still be quite lucrative.

The Securities and Exchange Commission authorized automated trading in 1998, and high-frequency trading began around a year later. At the time, trade execution was still at a few seconds, reduced to mere milliseconds by 2010. Today, HFTs make decisions at hundredths of a microsecond, and as computing power continues to increase, automated trading is only getting faster.

HFTs also have massive growth potential overseas, with stock exchanges worldwide becoming more open to the concept and some even offering support. However, lawsuits have been filed against exchanges for providing HFTs an unfair time-advantage, and the opposition is slowly rising.

In 2012, France became the first nation to announce a separate tax on HFTs, followed quickly by Italy. A study assessing the impact of HFTs on the Treasury market’s bout of volatility in 2014 yielded inconclusive results, claiming no single cause for the turbulence. The study did not abandon the idea that HFTs could pose risks to financial markets in the future but couldn’t conclude on how or in what capacity.

Over the last decade, both algorithmic and high-frequency trading have wholly dominated the trading world. Between 2009 and 2010, over 60% of trading in the U.S. was attributed to HFTs, though this percentage has declined since. High-frequency trading comes under algorithmic trading, which splits larger orders into many trades placed at different times and manages orders even after their submission.

How the algorithms used in High-Frequency Trading work?

Large orders placed by pension funds or insurance companies can significantly affect stock prices, and algorithmic trading hopes to reduce this impact by separating these orders into multiple trades. Because HFTs are based on a large number of orders, they help both in price discovery and in the price formation process.

Additionally, the algorithms used in these systems are used for adaptive control of the order sending schedule, reading real-time data feeds, recording trade signals, and identifying arbitrage opportunities. In fact, these algobots can now even place trades based on trend speculation and market news.

HFT algorithms use two-sided orders to benefit from bid-ask spreads. They also attempt to predict potential large-scale orders through tracking smaller orders and analyzing patterns and trade times. In these cases, the HFT algorithm will capitalize on the large pending orders, adjusting prices to fill them up.

High-frequency trading is usually reserved for specialized firms, and its use by traders and retail investors is practically irrelevant. HFTs require the fastest computers, including regular and expensive hardware upgrades. Additionally, these units require high-cost facilities to be placed as close to the exchange’s servers as possible.

They also need access to real-time data feeds to avoid even the slightest delay and computer algorithms that are competing for efficiency against other HFTs.

Ideally, high-frequency trading requires minimum latency and maximum automation. This means that HFT firms are far more likely to trade in markets with high automation levels. According to a 2011 report from Deutsche Bank, HFT participants primarily consisted of proprietary trading firms and their associated trading desks, with a small fraction attributed to hedge funds.

Greater liquidity and lower bid-ask spreads are great for markets, but there is a cost to high-frequency trading, and it isn’t always evident to investors. When an exchange employs an HFT firm to create markets, they provide them with access to their incoming orders. This allows them to see trade volumes just before it impacts the market.

If a large buy volume for a stock comes through on one exchange, HFTs can race to accumulate shares from other exchanges to sell at a higher price. Some consider this akin to paying for a trading advantage and claim that it doesn’t really help improve liquidity in stock markets. Barnard professor Rajiv Sethi called it a ‘superfluous financial intermediation,’ jumping in between buyers and sellers instead of making markets more efficient.

High-frequency traders often scare off other market participants because no one wants to compete with a robot that can trade faster than you can say ‘money.’

Economists call this ‘adverse selection,’ which affects other HFTs as much as it affects retail investors. Competing HFTs lead to fake quotes or ‘spoofing,’ where they create trades to draw the other algobots out.

Some critics believe HFTs don’t create markets as much as they make directional bets on stocks, resulting in lower liquidity and higher intra-day volatility. Others also point out that while HFTs are profitable, they don’t add value to financial markets, and competing is expensive. In 2012, Knight Capital accidentally bought and sold $7 billion worth of stocks at a loss due to a recently installed software upgrade.

The error cost them $440 million, and while Getco eventually acquired them to form KCG Holdings, the firm continues to struggle. The biggest bottlenecks for the growth of HFTs are its declining profit potential, high operational costs, regulatory issues, and marginal room for error.

Spread Networks famously spent $300 million to improve trading speeds by drilling a fiber optic cable in a line from Chicago to New York. There are no silver medals in an HFT war, and competing strategies depend on being faster than regular investors and other algobots as well. This means as soon as one HFT improves, the others must spend the money required to catch up or risk losing money to competitors.

HFTs don’t just rely on fast data-transfer speeds but also the time it takes for the algorithms to process the information and decide what action to take. More efficient algorithms can marginally help improve times, but tasking some of the world’s most intelligent minds with this complex job may not be the best use of human resources. Experts also point out that while HFTs have reduced arbitrage opportunity durations from 97ms to 7ms, profitability has largely remained the same.

The rate of technological innovation has enabled seemingly endless possibilities for trading, but regulatory regimes have been too slow to keep pace with it. With how quickly algorithmic and high-frequency traders place orders, a handful of firms were allowed a massive advantage when these systems initially emerged. Though HFTs may reduce opportunities for traders in established markets, emerging markets could still benefit through high-stakes HFT ventures.

What is the future of High-frequency trading?

High-frequency trading is a controversial topic, and over the years, it has received its fair share of criticism. Replacing broker-dealers with algorithms, the decisions HFTs make in milliseconds could have more extended effects on the market.

In 2010, the Dow Jones Industrial Average suffered its largest intraday drop of a thousand points, plummeting 10% in twenty minutes before correcting upward. Following a government investigation into the incident, they reported that a massive HFT order had triggered a sell-off, leading to the crash.

Though HFTs are generally employed to improve liquidity, the speed they trade at often means that the liquidity they provide vanishes too quickly. This ‘ghost liquidity’ prevents traders from placing orders, flushing out smaller players from the market. For example, exchanges could delay the speed at which information is transmitted to HFTs, or use periodic batch auctions instead of a stream of continuous orders.

This allows for more control over the trading window instead of leaving bids to be filled in milliseconds. The actual effects of HFTs on financial markets are hard to quantify, and while its effects aren’t avoidable, creating better market structures could make them irrelevant and improve trading as a whole.