What is Zilliqa (ZIL): The World’s First Sharded Blockchain

Launched in 2017, Zilliqa (ZIL) is a high-throughput blockchain designed to support linear scaling. At the time of this writing, ZIL trades at $0.2083 per token with a circulating supply of 11.155 billion, for a total market cap of $2.323 billion. 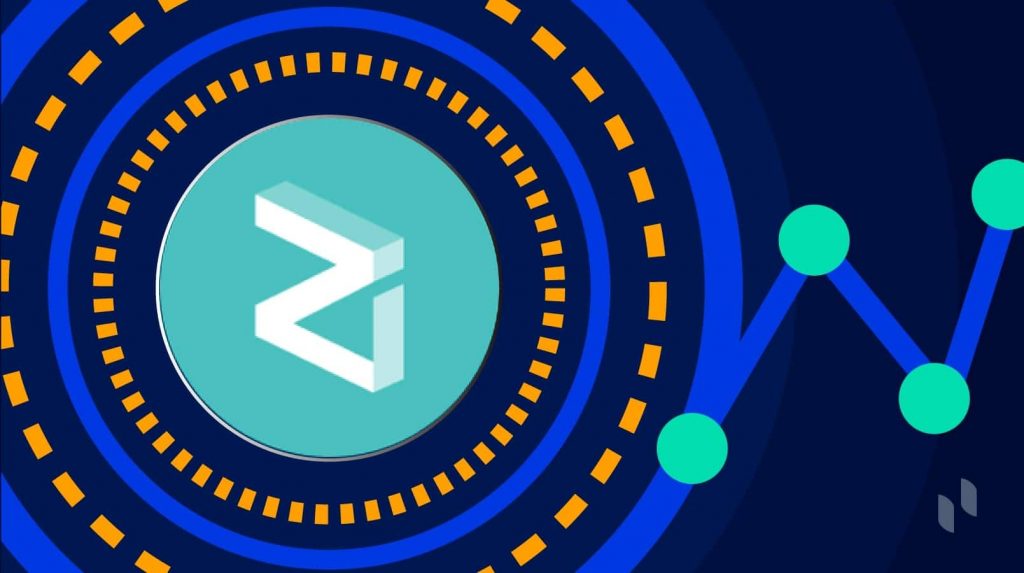 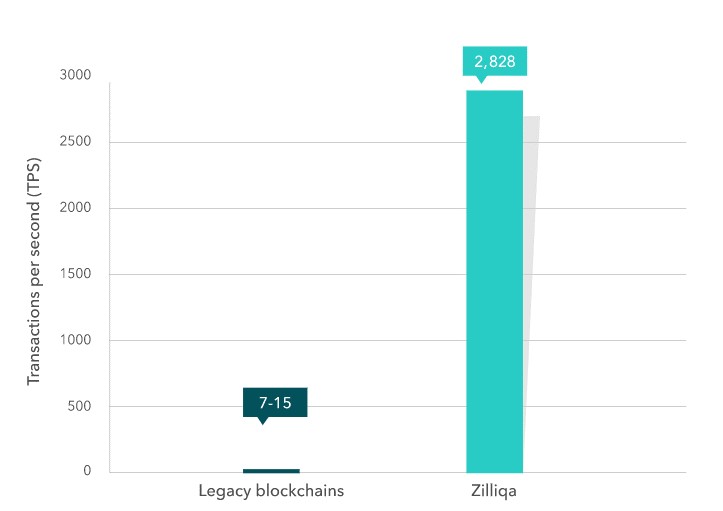 In a report published in 2018, Deloitte noted that “because of its relatively poor performance, many observers do not consider blockchain technology to be viable for large-scale applications.” The Bitcoin community has attempted to solve this problem with projects such as the Lightning Network, while Ethereum is moving towards Ethereum 2.0.

Scalability is a significant issue for the Ethereum network, which is under increasing stress from the explosion of DeFi applications. Crypto’s “Black Thursday” in 2020 was largely caused by a clogged Ethereum network driving gas prices through the roof, temporarily rendering most DeFi services unusable.

Zilliqa aims to provide a public and permissionless blockchain solution that can support thousands of transactions per second at low costs. Because it is built on a unique sharded architecture second-layer scaling solution, Zilliqa claims its high security and transaction processing capabilities make it more suitable for enterprise-scale demands.

To ensure security, Zilliqa relies on a Byzantine Fault Tolerance protocol, and its contracts are written in Scilla (Smart Contract Intermediate-Level Language). Zilliqa claims Scilla is the world’s first peer-reviewed and safe-by-design smart contract language. Smart contracts written in Scilla have a cleaner separation between communication and computation, along with more developer-side safeguards for added security.

What Does Zilliqa Do?

Zilliqa’s platform is used to host a variety of decentralized applications (DApps). More recently, it has also enabled a staking and yield farming service. Zilliqa has positioned itself as a blockchain of choice for large-scale enterprise applications, especially in the advertising, gaming, and financial services industries.

One core DApp on the Zilliqa ecosystem is Unstoppable Domains, a service that aims to make wallet ownership more accessible and unique. By paying a one-time registration fee, a user can purchase and store a domain directly in their wallet. The purchased domain name can then be used in lieu of a long hexadecimal account address, making wallet-to-wallet transactions much easier.

Unstoppable Domains also offers domain extensions deployed on the Zilliqa chain (.zil). The service claims that because domains are deployed on the wallet, they cannot be accessed, seized, or censored by any third party.

In terms of crypto-gaming applications, Zilliqa has been used as the platform of choice for Krypton, a Chinese developer backed by major funds such as Danhua Capital and Tsinghua Blockchain Capital. Krypton developed SuperPlayer, the world’s first blockchain competitive shooter, and more recently, Zilliqa Planet.

The Zilliqa Planet DApp integrates fast-paced pixel gameplay with a built-in mainnet wallet and Zilliqa’s first non-fungible token (NFT) marketplace. In addition to buying and selling NFTs in the game, players can stake their ZIL for returns of up to 25% per year.

Zilliqa has also partnered with a variety of financial and security blockchain services, including Hg Exchange and ChainSecurity.

One of Zilliqa’s first enterprise-ready projects, HGX uses safe-by-design smart contracts to represent digital assets. In other words, the shares of companies like Uber and SpaceX are tokenized on HGX, and can then be easily traded, settled, and verified through the blockchain layer. HGX claims to have tokenized currencies, dentistry, whisky, and even pandas through this process.

Zilliqa first began collaborating with ChainSecurity in 2017, when they performed a security audit for Zilliqa’s platform during its initial development. Zilliqa claims that the partnership helps its community with security and to better identify vulnerability patterns.

Who Is Behind Zilliqa?

Zilliqa’s origins lie in a paper published in 2016 by Prateek Saxena, an Assistant Professor at the National University of Singapore (NUS), and several of his students. The paper outlined how the development of a sharding-oriented blockchain could enhance efficiency and speed.

In 2017, the company founded Zilliqa Research and brought on a team of research fellows from the NUS School of Computing to begin developing the Zilliqa Network. Amrit Kumar was added as a co-founder and currently serves as Zilliqa’s President and Chief Scientific Officer. 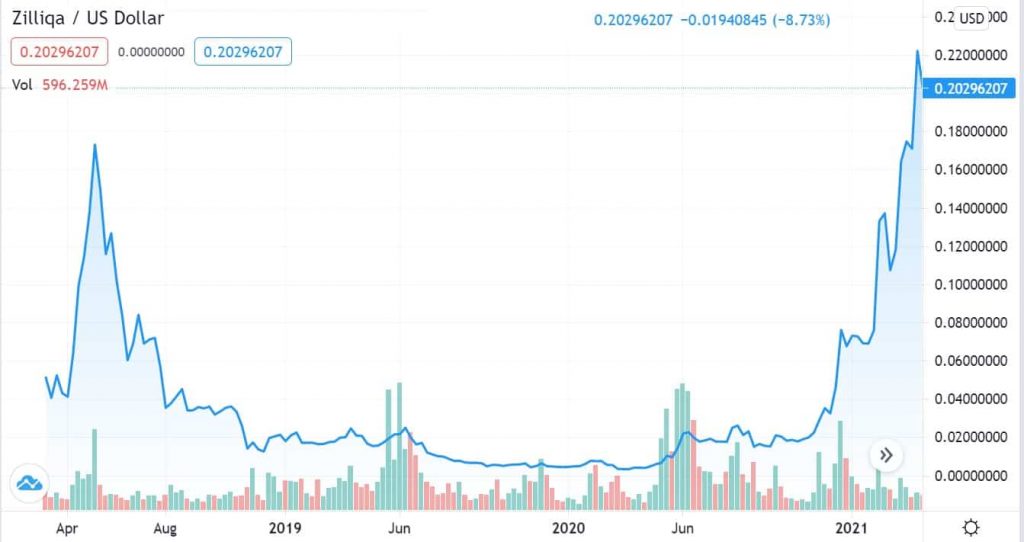 Much of this increase can be attributed to the continued hype surrounding DeFi, for which Zilliqa’s scalability is uniquely positioned, and the token’s presence in the NFT space. Along with Ethereum, Zilliqa serves as a blockchain backbone for Mintable – an NFT marketplace that has received funding from the token’s ZILHive accelerator and celebrity investors such as Mark Cuban.

Zilliqa raised around $20 million in private funding during its initial platform development. In its late-2017 ICO, it managed to sell out its 30% token offering, raising another $22 million.

In late 2020, the Zilliqa network added a burning mechanism with the aim of gradually reducing the total circulating supply. The most common way to burn ZIL is to send the tokens to an unretrievable address. ZIL’s implementation “recycles” the gas fee normally required for each transaction, sending the funds to a special address containing the token’s mining rewards. According to Amrit Kummer, over 3 million ZIL has been removed from circulation through this method.

Zilliqa is currently ranked #56 by market cap, with a maximum supply of 21 million ZIL. The Zilliqa mainnet was launched in 2019. According to the Zilliqa whitepaper, roughly 80% of ZIL will be minted within the first four years, while the remaining 20% will be minted in the following six. At the time of this writing, around 66% of ZIL has been minted.

What Is the Future for Zilliqa?

Non-secure smart contracts have plagued the cryptocurrency space from the very start. For instance, in 2017 hackers exploited smart contract vulnerabilities on Parity Wallet, which resulted in a $34 million loss. A paper published by Capital Technology University estimated that approximately $2 billion has been stolen through such attacks since 2017.

In traditional software, bugs are easily patchable, but smart contracts work differently. The fact that transactions on the blockchain can never be undone still serves as a major red flag for many potential enterprise users. Should Scilla prove as secure as Zilliqa claims, it may be a decisive factor driving continued adoption by the large-scale applications that Zilliqa targets.

Nevertheless, despite Zilliqa’s orientation towards large-scale enterprise applications, it has yet to achieve much success in terms of widespread adoption in the market. ZIL applications have so far come only from projects funded by the token’s own ZILHive accelerator, and most of them are still at the beginning stages, with little information available.

Zilliqa is supported by a competent technical team with a wealth of research experience and strong ties to the NUS. The token also benefits from being based in Singapore – one of the world’s most crypto-friendly environments and a consistent backer of blockchain research and applications.

Though the ZIL token is built on a strong technical base, it is somewhat lacking in terms of partnerships and institutional backing. Publications such as BitDegree have noted that while “Zilliqa tech is ahead of the market, their business isn’t.” In terms of real-world ties, other platforms are a step ahead.

The Zilliqa team has much more work to do before it can reach its goal of “rivaling traditional centralized payment methods such as VISA and MasterCard.” If the Zilliqa team manages to create a large-scale enterprise application, they will do much to prove the token’s value proposition.