Vitalik Buterin: All you need to know about the ETH inventor

Vitaly Dmitriyevich “Vitalik” Buterin is one of the most well-known names in the crypto space, perhaps second only to Satoshi Nakamoto himself. Buterin’s fame originated from his invention of Ethereum, which is now the world’s second-largest cryptocurrency by market cap. 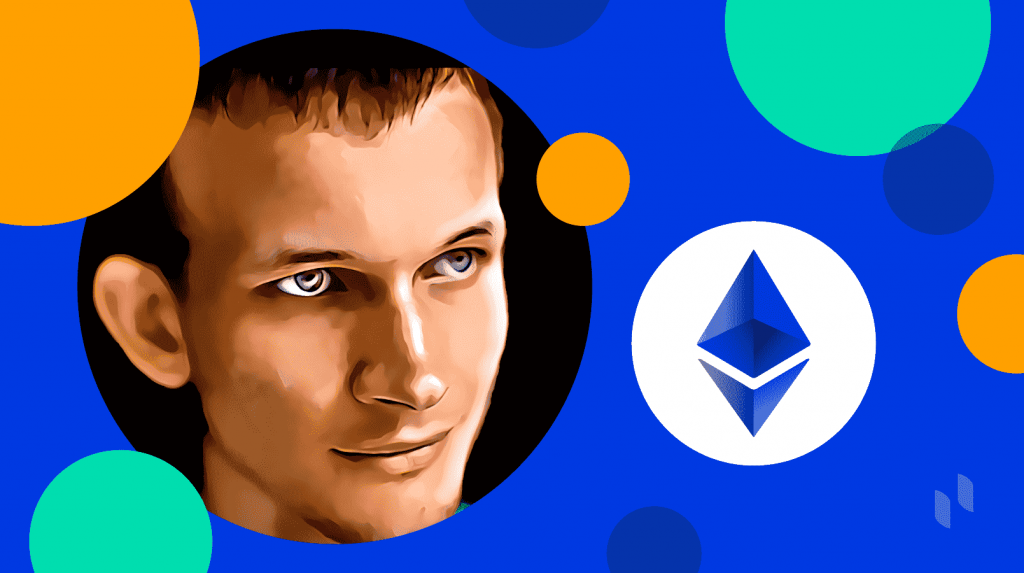 Buterin was born on Jan 31, 1994, in the city of Kolomna, Russia, but moved to Canada at the age of six. Buterin excelled in school from a young age and was placed in a class for gifted children when he was in the third grade, where he took to mathematics, programming, and economics.

The young Buterin was always a bit of an outcast. In recalling his childhood he once said that he knew he was “kind of abnormal in some sense.” Buterin considers himself a child of the Internet, which nurtured his interest in Bitcoin and helped him connect to people in ways he couldn’t in the physical world. Online is where he would forge a majority of his future relationships.

According to his profile on CypherHunter, Buterin was an avid World of Warcraft player from 2007 to 2010. One of his earliest frustrations came when the developers nerfed (i.e., intentionally weakened) one of his favorite abilities on the game. He cried himself to sleep that day and soon after decided to quit.

Buterin was first introduced to Bitcoin by his father in 2011. Buterin notes that while he initially dismissed cryptocurrency as lacking intrinsic value and doomed to fail, he eventually developed an interest in it as he heard it brought up repeatedly. He says one factor that eventually drew him to Bitcoin was his view that centralized powers were at fault for many of the world’s problems.

Buterin’s fascination with Bitcoin’s technology grew and so he wanted to try it out for himself. This is where he ran into a problem. He did not have the money to buy Bitcoin nor the computing power to mine it. Buterin began trawling various Bitcoin forums for another solution, where he eventually found work writing for a blog called Bitcoin Weekly for just $1.5 in BTC per hour. The blog shut down just a few months later because of financial issues. However, Buterin caught a break when he was approached by Mihai Alisie to co-found a new print publication called Bitcoin Magazine.

In 2012, Buterin began attending the University of Waterloo, where he served as an assistant to cryptographic expert Ian Goldberg. Buterin’s spark was truly ignited at a Bitcoin conference held in San Jose during May 2013, which he attended as Lead Writer of Bitcoin Magazine. It was there while surrounded by tech-savvy entrepreneurs and proselytizers that he realized something truly special was coming alive.

By the end of the semester, Buterin decided to drop out of school. He realized he was already spending 30 hours a week working on crypto projects and contributing to the greater crypto movement. One of his earliest ideas was to apply for an internship at Ripple (XRP) and to reach out to then-CTO Jed McCaleb. Although his application was accepted, the opportunity fell through when Ripple discovered they couldn’t support him with a U.S. visa.

Supported by his Bitcoin earnings, Buterin opted to explore the many crypto projects being developed worldwide in cities such as Los Angeles, San Francisco, London, and Amsterdam. A critical moment came when he visited Israel in October 2013 and met with the team behind MasterCoin (now Omni). Here he realized that instead of building something new everyone was simply trying to add layers of functionality to Bitcoin. Many implementations amounted to “hacks” that tried to work around the coin’s core design (e.g., Bitcoin Cash), while projects were far too concerned with specific applications.

Buterin believed a more general solution was required. When he returned home in late 2013 he set out to work on a whitepaper for what he called “Ethereum.” After it was done he sent it out to a few people in his inner circle, and word quickly spread. Soon enough roughly 30 people had contacted Buterin to discuss his ideas in more detail.

Buterin thought he would receive harsh feedback. He was convinced that experts would pick apart his grand concept of an all-encompassing blockchain ecosystem. However, that did not happen. This assured Buterin of the soundness of his ideas and strengthened his determination.

A few months later many of the project’s core members (including Buterin, Mihai Alisie, Anthony Di Iorio, Charles Hoskinson, Joe Lubin, and Gavin Wood) flew out to a Bitcoin conference in Miami to present Ethereum. This was the first time many of them had ever met in “real life.” Buterin was then awarded $100,000 through the prestigious Thiel Fellowship, which allowed him to work on the project full-time.

Buterin’s position as Ethereum’s spiritual leader has not always been easy for him. Even though he is comfortable with the technology aspect, he occasionally struggles with the politics involved in overseeing such a large project. The awkwardness from his youth has stuck with him, and as a result, business and compromise have not come easily.

More importantly, since the inception of Bitcoin no project has had as much of an impact on cryptocurrency than Ethereum. The Ethereum network (like Bitcoin) is home to a huge community of developers and believers. Many of the project’s technologies such as smart contracts, ERC-20 tokens, and sharding continue to play key roles in the crypto ecosystem.

While Buterin continues to contribute to and write about the Ethereum project, his father noted in an interview with the New Yorker that “[Vitalik is] not too excited that the community assigns so much importance to him. He wants the community to be more resilient.”

Most of Buterin’s wealth comes from his involvement in Ethereum. Like others who have built their fortunes on crypto, his net worth fluctuates rapidly with the price of his holdings. An article published by Forbes in mid-2018 estimated that his wealth was between $100 and $200 million. Currently, Buterin’s primary wallet contains over $810 million worth of ETH, along with around $2 million in other tokens.

Buterin has been very transparent about his personal wealth. In 2016, he publicly commented that he earns an annual salary of roughly $154,000 from the Ethereum Foundation. In 2019, Buterin disclosed holdings in BCH, BTC, DOGE, ZEC, KNC, MKR, OMG, and REP, along with “significant corporate shareholdings” in Clearmatics and Starkware.

In addition to the Thiel Fellowship, Buterin has earned a variety of other honors including:

Buterin’s philanthropic contributions started in 2017 when he donated $763,970 in ETH to the Machine Intelligence Research Institute (MIRI), which promotes the development of friendly AI to benefit humanity. In 2018, he donated $2.4 million in ETH to the SENSE Research Foundation, which researches and develops technology related to the prevention of aging. In the same year, he also donated $1 million to helping Ugandan refugees through the GiveDirectly charity.

Despite his young age Buterin has played an enormous role by contributing not just to Ethereum, but to the entire crypto industry. Buterin’s earnest yet awkward personality has earned him both many fans and many detractors.

In addition to his active research in blockchain technologies, Buterin also published Liberation Through Radical Decentralization with economist Glen Weyl. This publication aimed to outline the common ground between cryptocurrencies and market-based solutions to social problems. In 2019, he published a paper titled Flexible Design for Funding Public Goods with Harvard PhD student Zoe Hitzig, which defines a method for the distribution of public goods through quadratic voting.

Buterin has largely taken a back seat from the day-to-day management of Ethereum to focus on Ethereum 2.0 and his own research. He maintains a website where he frequently posts about developments in crypto technologies and applications, along with occasional comments about politics and his general philosophy. He has expressed a particular interest in blockchain prediction markets such as Augur, and their ability to contribute to society through consensus-building.