What is SushiSwap: One of The Most Popular DEXs

SushiSwap is a decentralized exchange that uses liquidity pools and automated market makers to create liquid markets for token swaps. It emerged amid the DeFi euphoria of summer 2020 and instantly whipped up a storm in the cryptocurrency community, thanks to an audacious means of entering the DEX market dubbed a “vampire attack” and the subsequent antics of its pseudonymous founder, Chef Nomi.

You can Now Trade SUSHI on Phemex!

However, the initial furor doesn’t appear to have impacted SushiSwap’s popularity or the SUSHI token price. It’s currently one of the most popular DEXs, with over $2 billion locked at the time of writing. 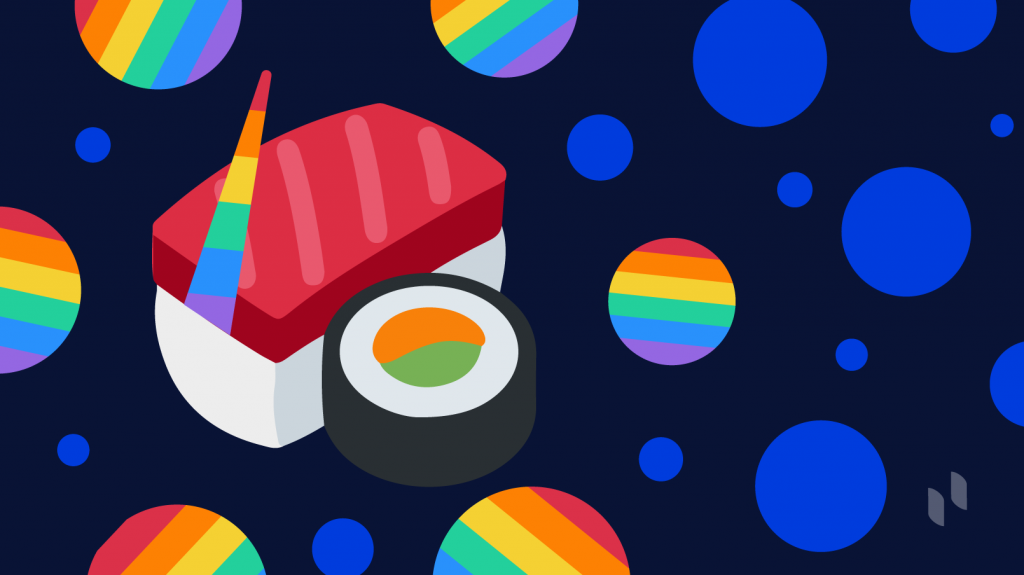 How Does SushiSwap Work?

SushiSwap works similarly to Uniswap. In a centralized exchange model, there’s an order book that matches buyers and sellers. The exchange employs market makers to ensure that there is always a counterparty to the order, keeping liquidity flowing through markets.

However, this model doesn’t work on a decentralized exchange. Ethereum‘s gas fees make it prohibitively expensive for market makers, and slow block times can result in price slippage.

Liquidity pools have become the most common way to overcome this problem on a decentralized exchange. On SushiSwap, anyone can contribute liquidity to a pool that contains two evenly distributed tokens. So for an ETH-USDT pair, a liquidity provider contributing 1 ETH at a value of $1000 would also have to put in 1000 USDT.

When they deposit their funds, the protocol will return a “pool token” to their wallet, representing their stake. They’re then eligible for a share of 0.25% of transaction fees for everyone who swaps tokens using that pool.

When someone does use the pool to make a token swap, the existing liquidity ensures that their order can always be fulfilled instantly. A smart contract determines the price of the asset based on the balance of tokens in the pool. If the prices on SushiSwap deviate significantly enough from the market price, arbitrageurs move into to start profiting from the difference and bring the price back to its market level.

When someone wants to withdraw their stake from the liquidity pool, they burn their pool tokens, and their original tokens are returned to them. However, this is where liquidity providers incur some risk. If one token’s value has changed relative to the other, it may be that they get less back than they put in. This is known as “impermanent loss.” The term itself can be misleading, as the losses are permanent once the user withdraws their tokens.

SushiSwap offers a feature called the Sushi Bar, where users can stake SUSHI tokens for a share of even more SUSHI in rewards. Each transaction on the exchange incurs a 0.3% trading fee, where 0.25% goes to liquidity providers. The remaining 0.05% goes into the Sushi Bar in the form of pool tokens. Each day, all of these Sushi Bar pool tokens are liquidated and used to purchase SUSHI tokens, which are then distributed to everyone staking SUSHI in the Sushi Bar.

Like many other decentralized exchanges, SushiSwap started as a fork of Uniswap, which firmly occupied the number one DEX slot before SushiSwap arrived on the scene. However, unlike a straightforward fork, SushiSwap took a few extra steps. The fork happened before Uniswap had its own token. SushiSwap took the basic code behind the Uniswap version 2 protocol, and amended it to include its own token, SUSHI, that could be farmed by anyone providing liquidity to the SushiSwap exchange. At the time, yield farming was still relatively new but gaining huge popularity. Owning SUSHI bestows holders with governance voting rights over the SushiSwap exchange but also entitles them to a share of transaction fees paid by the exchange.

Even before the SushiSwap exchange had launched, the exchange founders used Uniswap’s liquidity pools to bootstrap liquidity for the SUSHI token using existing Uniswap pools. Once the exchange went live, the liquidity was migrated from Uniswap to SushiSwap.

The way that SushiSwap launched simply drained liquidity out of the Uniswap exchange, resulting in their tactics being dubbed a “vampire attack.” By itself, this provoked much debate in the crypto community. However, over the coming weeks, SushiSwap’s co-founder, Chef Nomi, had caused the project to dominate headlines by siphoning a portion of SUSHI tokens and then selling them for 38,000 ETH, worth around $14 million at the time, causing the price of SUSHI to crash. They later returned the tokens and made an apology via Twitter.

To learn about the similarities and differences between the two popular DEXs,

FTX exchange founder Sam Bankman-Fried stepped into the fray and took the reins of SushiSwap. Since then, SushiSwap’s multi-signature wallets have been distributed between a team of people, including co-founder 0xMaki, who remains with the project.

SushiSwap has recently merged with Yearn Finance, in a series of mergers involving the latter project. Teams merging with Yearn generally combine development resources, and in the case of SushiSwap, they will also integrate liquidity pools.

SushiSwap also recently published an extensive roadmap for 2021, which includes ambitious plans for a cross-chain DEX using Moonbeam, which is a bridge parachain to the Polkadot ecosystem, and the introduction of algorithmic stablecoins.

The value of the SUSHI token has largely followed the rollercoaster ride of the SushiSwap platform. It skyrocketed immediately upon being released, only to nosedive when Chef Nomi sold his share of SUSHI tokens amid fears it was a pump-and-dump scheme.

Since December 2020, as demand for DEXs has increased, the value of SUSHI has been steadily increasing. News of the Yearn merger and now the roadmap seems to be pushing prices even higher. SUSHI tripled in value in January 2021.

SushiSwap has been on a wild ride, and it seems certain that there’s plenty more to come from this project. However, a word of caution. Currently, the returns on the platform are generous enough to lure many people into investing. It seems likely that these returns are unsustainable in the longer term. Furthermore, those behind the project are mostly anonymous. DeFi remains one of the riskier corners of the cryptocurrency ecosystem, so always make sure that you do your research.