What are Parachains: Parallel Computing on The Blockchain

Parallelizable chains (parachains) are lightweight, project-specific, and independent blockchains that are secured by and run in parallel with a central “relay chain” running on the Polkadot (DOT) or Kusama (KSM) networks. By providing a layer of built-in infrastructure, parachains help enhance the security, flexibility, and scalability of blockchain projects. 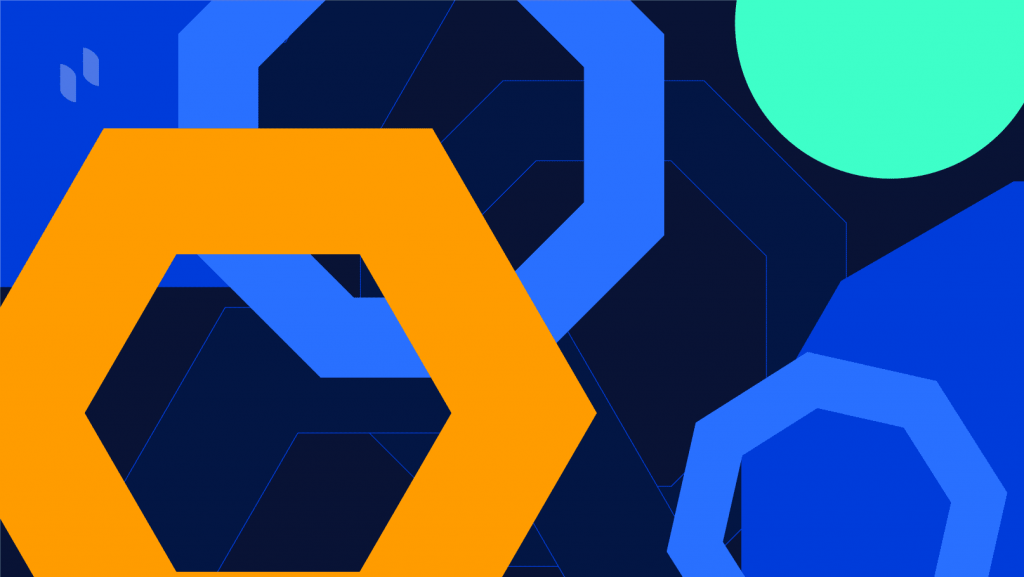 Parachains were designed to provide a model in which independent blockchains can more easily work together to deliver different services. In the same manner that the Internet is used to serve a large variety of needs, so too can blockchains be specialized for decentralized finance (DeFi), media delivery, file storage, and other application scenarios.

To this end, parachains are highly customizable, with the only design requirement being that the parachain must be able to communicate with validators in a secure manner. Parachains can be public or private and can be tailored to their project’s specific needs in terms of governance, smart contract logic, functionality, and tokens.

Parachains operate through a connection to the relay chain, which is intentionally designed in a minimalistic manner. The relay chain is primarily responsible for coordinating the network as a whole with shared security, consensus, and cross-chain interoperability mechanisms. Specific tasks are delegated to the parachains and handled in accordance with their own specific implementations.

The relay chain can support a limited number of execution slots (around 100), which operate like cores on a computer processor. Each of these slots is capable of running a single parachain at a time, which is then only required to generate a proof that can be validated by its assigned validator nodes. Parachains are able to interact with the relay chain at any time, without the need to pay any gas or transaction fees.

What Solutions Do Parachains Offer?

Operating on the same principle as parallel computing, parachains deliver enhanced scalability and speed without the need for layer-2 scaling solutions. Parachains eliminate a common bottleneck of single blockchains by spreading out and processing transactions over multiple layer-1 blockchains in a parallel manner, which is expected to support tens of thousands of transactions per second.

All parachains connected to the relay chain share in the same security state, which means that the trust assumptions made by the parachains only need to rely on the validator set of the relay chain. As the relay chain is secured with a significant stake of DOT or KSM, this architecture allows parachain projects to realize high security without the need to design their own systems from scratch.

Parachains are capable of communicating and transacting with every other parachain connected to the same relay chain, along with certain external networks. This unlocks powerful interoperability in terms of not just tokens, but also other data types such as Ethereum (ETH) smart contracts, verifiable credentials such as Ontology (ONT), and oracle networks such as Chainlink (LINK). Through interoperability, parachains guard against the siloing of blockchains and creates new opportunities for innovative integrated services.

Parachain projects also gain access to the modular nature and on-chain governance mechanisms of Polkadot and Kusama. This enables greater flexibility in terms of parachain governance, significantly reducing the threat of hard forks during development.

What Are Parachain Consensus Roles?

Similar to proof-of-stake networks, Kusama and Polkadot rely on a series of roles to secure the relay chain and maintain consensus throughout the parachains. Roles are incentivized through rewards in KSM or DOT and penalized for bad behavior through the slashing of their staked assets. 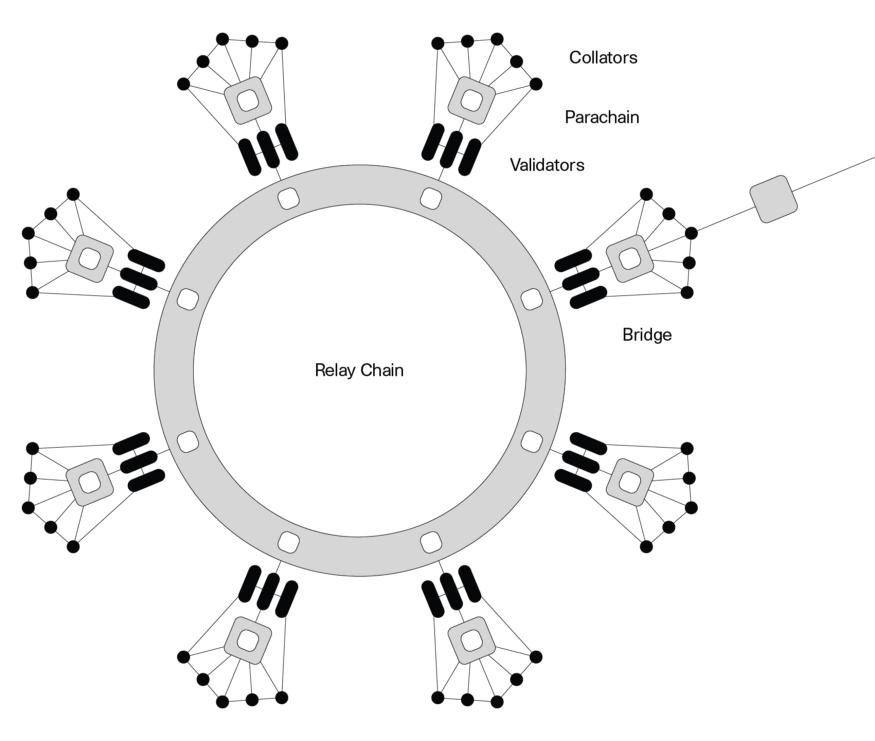 What Is a Parachain Auction?

As the relay chain only supports a limited amount of slots, any project that wishes to become a parachain must first win the lease to a parachain slot through auction. Projects can fund their bids by raising their own KSM/DOT or through crowdloans, in which “investors” are incentivized to contribute their KSM/DOT to the bid, typically with a corresponding amount of the project’s native token.

To protect investors, tokens raised through crowdloans are never held by the project itself. Instead, the relay chain holds the tokens during the auction and lease process, then returns them directly to the investors during the end of the lease (or failed auction).

Only one parachain slot can be auctioned off at a time, with each auction lasting seven days on Kusama and two weeks on Polkadot. To protect against strategies such as auction snipping, both networks use a modified version of the candle auction. The auction starts and ends at a specified public time, but the lease is awarded to the project with the highest bid during the retroactive end time, a hidden time decided by a randomization function in advance. 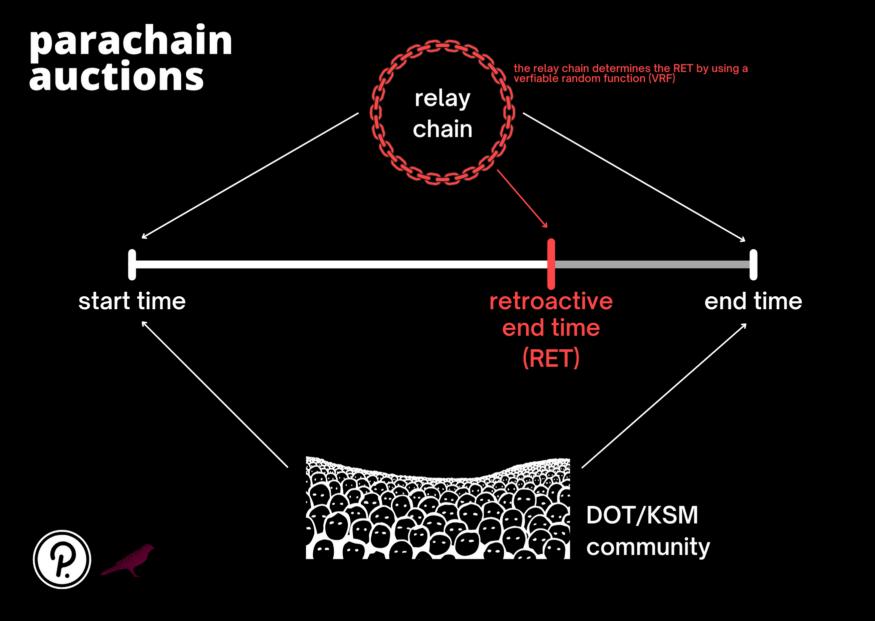 The winning bid is awarded a parachain lease, an agreement to lock the bid KSM or DOT for a specific period (six to 48 weeks on Kusama or three to 24 months on Polkadot). Projects are only allowed to bid for leases within specific (six week or three month) trenches, meaning a project can never bid for a seven month Polkadot lease. Once the parachain lease expires, all locked KSM/DOT is returned to the project and/or its crowdfund investors.

Projects that fail or find it uneconomical to acquire a parachain lease can run as parathreads instead. Parathreads gain access to all the same shared benefits as parachains, with the only difference being that they run on a pay-as-you-go model. Parathreads are useful for projects that do not require continuous connection to the relay chain and can serve as an off-ramp for those that no longer require a dedicated parachain slot.

What Is an Example of a Parachain?

Karuna (KAR), the sister network for the Polkadot project Acala (ACA), is the first project to have won a parachain auction. Karuna positions itself as an all-in-one DeFi platform for the Kusama network. The project offers users a suite of DeFi applications such as trustless staking, a multi-chain collateralized stablecoin, and an automated market maker (AMM) DEX.

The parachain provides Karuna with a shared security model, forkless upgradability, and cross-chain compatibility with Ethereum. As parachains do not pay fees for interacting with the relay chain, Kusama allows Karuna to provide users with much lower fees than typical Ethereum projects. Gas fees are only required when withdrawing to the Ethereum network, meaning that the parachain also protects Karuna from sudden spikes in fees, a problem that has long plagued DeFi applications.

Parachains provide projects the ability to scale without the need for layer-2 solutions and allow for further specialization of the blockchain by saving on the time and effort required to design individual systems. By providing interoperability across parachains, Polkadot and Kusama unlock the potential for powerful blockchain integrations and services that could not be realized through siloed networks.

With the long-awaited Ethereum 2.0 update still on the horizon, parachains offer a desperately needed solution to the high gas fees plaguing ERC-20 and other smart contract projects. Demand for the technology is high, especially in the DeFi space, whose growth has been severely bottlenecked by slow transaction times and high gas fees.

Given that the first parachain migration was only completed late into June with Karuna, it’s safe to say that the technology is still in its early days. Polkadot is expected to follow in Kusama’s footsteps and begin parachain rollout once a full external rollout is completed. The performance of the first fully-fledged parachains over the next few months will likely tell us just how ready this technology really is.