As the number of blockchain projects increases, the issue of their governance mechanisms comes to the fore. Some platforms have enacted on-chain governance rules to be built into the platform’s core programming code, while others rely largely on off-chain processes and discussions for their governance.

There are pros and cons to both models of governance. So far, the world’s two largest blockchains, Bitcoin and Ethereum, have relied on the off-chain model. 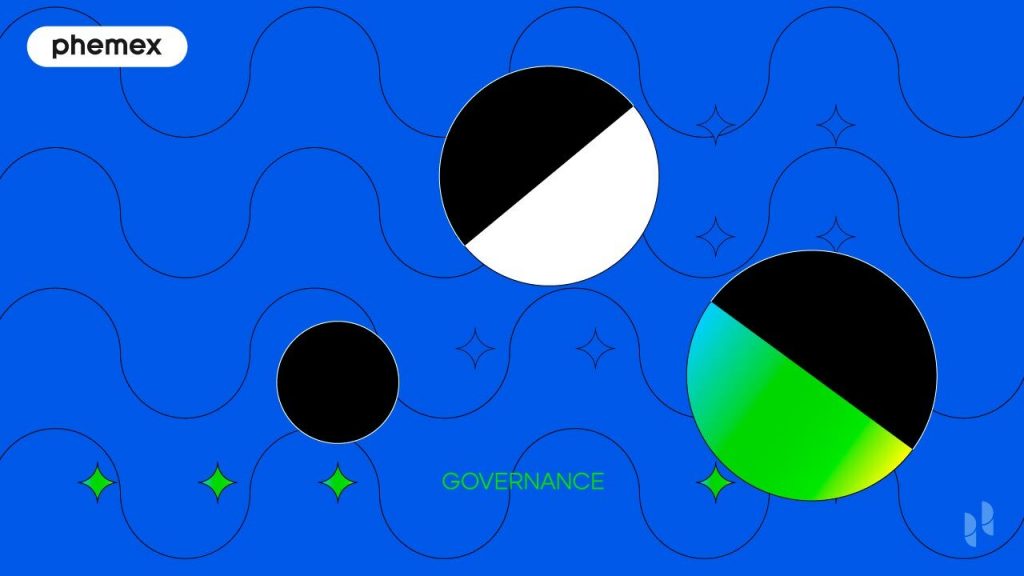 What is Blockchain Governance?

Blockchain governance refers to the entire set of processes and rules enacted on the platform that regulate its core functionality, ownership, consensus mechanism, potential changes, and future direction.

Governance rules are among the fundamental properties of blockchains and protocols built on these blockchains. They are usually described in the blockchain’s or protocol’s white paper.

Some protocols have introduced governance tokens to separate transactional and governance activities on them. These tokens exist on the protocol along with the main transactional or utility token, and are used during the formal on-chain voting process.

Off-chain governance involves all the governance-related processes, formal as well as, very often, informal, that happen outside of the platform. Examples of off-chain governance processes on public blockchains are discussions on social media, online forums, conferences, and other events.

On private blockchains, off-chain governance rules are usually described in the documents of the corporate entity or non-profit organization that controls the blockchain.

Tezos (XTZ) is one well-known example of a platform with purely on-chain governance. Launched in 2018, Tezos is a smart contract-oriented blockchain. Tezos uses a variation of the Proof of Stake (PoS) verification model called Liquid Proof of Stake (LPoS).

All the governance at Tezos must happen on-chain using the rules already coded into the platform. Holders of the XTZ tokens can delegate their block verification, or “baking” using the platform’s terminology, and governance rights to other nodes. There are about 500 of these baking nodes, called delegates, with the voting power.

The delegates propose a change to Tezos, and the voting process involves five stages in total. The proposed change must meet a rather stringent pass mark of 80% of the delegated voting power to be implemented.

Another example of the on-chain governance model is EOS. Described as a blockchain capable of conducting millions of transactions per second, EOS implements another variation of PoS, Distributed Proof of Stake (DPoS).

EOS token holders elect 21 block validators who get the right to validate all the network transactions. No off-chain mechanism for discussion of or voting on potential changes is specified by EOS. Similarly to Tezos, on EOS, all the governance happens on the blockchain and any accepted change is automatically implemented, no further questions asked.

Many public blockchains, including Bitcoin (BTC) and Ethereum (ETH), have a largely off-chain governance model. For example, all the major changes proposed to Bitcoin are thoroughly discussed online by key stakeholders.

On closer inspection, there is virtually no on-chain governance mechanism on Bitcoin. The platform does not have a governance token, and holding BTC coins, while giving you a say during the off-chain discussions, does not grant you any specific voting rights. Thus, all the discussion and voting happens off-chain.

Some people confuse the mining/hash power held by large mining pools on Bitcoin with governance power. Miners on Bitcoin, no matter how powerful, do not have any specific governance privileges. Their role is confined to verifying or rejecting transaction blocks.

These miners cannot enact changes to Bitcoin’s code by gaining even 100% share of the block verification activity. By gaining an undue share of the total mining, they, theoretically, can hold the network to ransom for a short period of time, but they will not be able to gain the majority of the voting power to dictate changes to the code.

In short, on Bitcoin, your share of the mining power does not give you the equivalent share of the governance rights.

Ethereum’s governance model is quite similar to Bitcoin’s. There is a core development team managed by, now canonized in the community, Vitalik Buterin, as well as researchers, advisers, miners, platform users, and token holders. All the proposed changes are actively discussed off-chain on discussion forums, boards, and Social Media.

On-Chain vs. Off-Chain: The Pros and Cons of the Two Governance Models

There are proponents of both main governance models. Those in favor of the on-chain mode argue that on-chain governance is the purest form of maintaining community consensus from the technical point of view.

On-chain governance has the advantage of being completely transparent to all network participants. The rules are explicitly specified in the blockchain code and are completely free from subjective opinion or interpretation.

On-chain governance aficionados also point out that off-chain governance might give some external actors without a significant stake on the platform an undue influence on the network’s key developments.

The critics of on-chain governance state that blindly subjecting a network to the “rule of the software” may result in usurpation of power on the platform by a small group of actors. Their view is that off-chain governance helps keep the blockchain free from such a rule-based takeover.

The off-chain camp also argues that on-chain governance on some PoS platforms, especially those with some form of delegated voting, creates a form of plutocracy, where large stakers “buy votes” from the smaller users and influence the platform using their deep pockets.

What are Governance Tokens

Many blockchain protocols have implemented governance tokens starting from around 2017. Governance tokens give their holders the rights to a formal vote on changes to the protocol. In many cases, the governance token is separate from the transactional token of the platform.

A major driver for this dual-token model was the US government’s scrutiny of the Initial Coin Offerings (ICOs) that gained popularity in 2017. The government’s position was that the tokens offered at these ICOs met the definition of securities.

As such, their issuers held specific obligations to investors of these projects. Using transactional tokens in ICOs exposed many project owners to legal risks, and governance tokens were seen as an eloquent way to avoid such risks.

The introduction of the governance tokens brought structured on-chain governance rules to many platforms that had been, otherwise, governed off-chain.

Blockchain governance is an area that continues evolving. It will be interesting to see if the second largest network, Ethereum, introduces formal on-chain voting processes as it upgrades to a PoS model by early 2022. Since PoS blockchains are better equipped to handle such voting, this might be on the cards of the development team.

So far, the largest blockchains, Bitcoin and Ethereum, have done well using the off-chain format. They have a large thriving community discussing all governance issues online, and the trust in such a model has not been compromised.

Platforms using a mixed on-chain/off-chain format, such as Maker or Uniswap, have, so far, also handled their governance processes effectively.

Purely on-chain governed platforms, such as Tezos and EOS, have seen limited adoption and, therefore, are yet to be thoroughly tested against the key danger of the strictly on-chain format – power usurpation by a limited group of users. If these networks gain wider use, their governance models will have a chance to either silence the critics or admit their shortcomings.