What Are Blockchain Whitepapers: 8 Key Considerations Before Investing

A whitepaper is a formal document written to explain the purpose and technologies behind a project. Blockchain whitepapers can be considered a manifesto of the project, and typically contain detailed technical explanations and an outline for the future to convince prospective investors of its value. 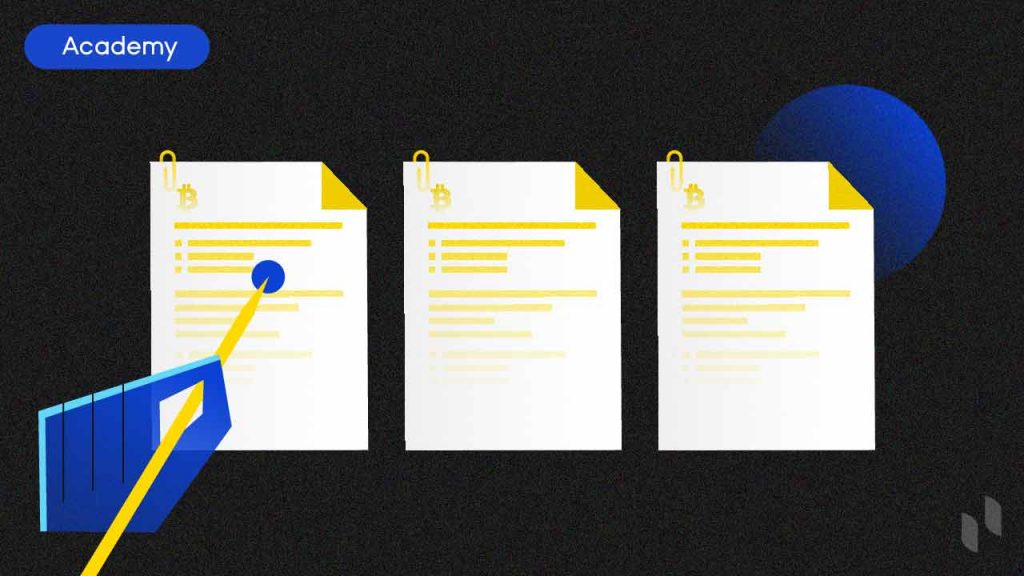 What is The Importance of Blockchain Whitepapers

1 To understand the vision and purpose of the Blockchain Project

As blockchain technology is a highly complex area of expertise, whitepapers are one of the most effective ways for developers to communicate the value of their projects. Whitepapers are necessary for new projects, especially those seeking to launch an initial coin offering (ICO) as they can be used to explain new technologies, solutions, or other existing information that may not be readily available. For example, the Bitcoin (BTC) whitepaper provides both an outline of Satoshi Nakamoto’s vision for the project, along with a detailed history and explainer for proof of work and incentive mechanisms.

2 Provide trustworthiness of the Blockchain Project to investors

How to Read a Whitepaper?

It should be noted that not all whitepapers are written equally, and may assume a baseline of understanding from the readers depending on the project. Most decentralized finance (DeFi) projects, especially those that take advantage of the Ethereum (ETH) network’s composability, will only provide basic information on how other projects interact with their own. Most whitepapers tend to be written in highly technical language, with complex descriptions and figures of the technologies described. 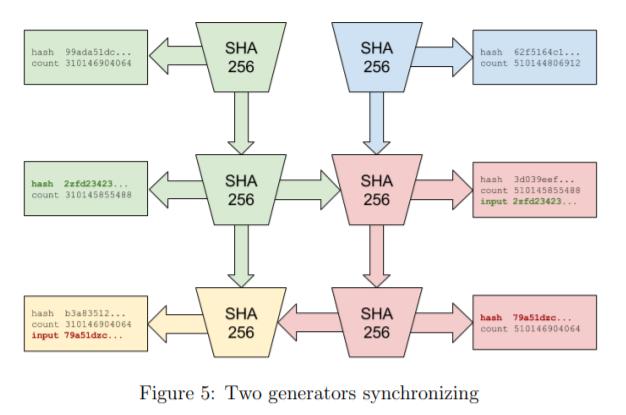 Investors may have to read several whitepapers to gain a holistic understanding of how various projects stack on top of one another. For example, one must first understand the ERC-20 standard before they can understand the inner workings of stablecoins such as Tether (USDT) and DAI. Whitepapers are also far less necessary for other types of blockchain projects such as non-fungible tokens (NFTs), as they represent collectible assets that are differentiated largely by style and aesthetics rather than technology or concepts.

As whitepapers are ultimately tools used to pitch the value of a particular token or solution to potential investors, they should be read and analyzed in a critical manner. Prospective investors should consider if the content of the whitepaper makes sense and should compare them against articles, analyst sentiment, similar projects, and other sources of information. When reading a whitepaper, be on the lookout for the following considerations:

What problem does the project solve?

The whitepaper should provide a clear outline of the problems the project aims to solve, the essence of its goals, and its long-term vision. While the explosion of interest in blockchain technologies has created plenty of room for innovation, many applications have questionable use cases. Prospective investors should assess if the project’s vision is capable of addressing the issues outlined in the whitepaper, as this will serve as a key foundation for its inherent value. For example, Ethereum was the first project to unlock smart contracts through the Ethereum Virtual Machine (EVM), addressing Bitcoin’s lack of programmability. In the same vein, rising gas prices caused by congestion on the Ethereum network has spurred on a wide range of scalability-oriented projects, such as Solana (SOL), Zilliqa (ZIL), and Polkadot (DOT).

How does the project function?

Prospective investors should consider the technologies and concepts explained in the whitepaper, along with how each component interacts with each other on the blockchain. DeFi projects such as yEarn Finance (YFI) should be able to clearly explain how liquidity is provided to the protocol and the methods in which yields are generated. On the other hand, utility token projects such as Filecoin (FIL) should describe their specific use case, the incentive mechanisms in place, and how they intend to change traditional solutions. By obtaining a clear understanding of a project’s functionality, prospective investors can better identify possible competitors, along with the project’s unique value propositions (if any).

Why is the project on the blockchain?

Certain projects may simply be attempting to replicate existing products or solutions on the blockchain to take advantage of market interest or worse, the lack of regulation. Whitepapers that do not clearly define a use case or a reason why the project benefits from blockchain technology may indicate that the team has a lack of experience or even credibility. An example of projects that must exist on the blockchain are privacy tokens such as Monero (XMR) and Pirate Chain (ARRR), as they use cryptographic technologies to offer higher privacy than traditional banking and digital finance solutions. This is primarily a consideration for utility tokens, as DeFi decentralized apps (DApps) and decentralized exchanges (DEXs) by their own nature would not be able to exist outside of the blockchain.

What are the tokenomics of the project?

As most crypto projects also introduce a token, the whitepaper should contain information about factors such as the max supply, rate of inflation, and how the token is mined. This section should also include a general outline of how fees are calculated, along with the mechanisms in which various parties are incentivized to contribute their resources to the network. Prospective investors should consider the proposed function of the token, as the value derived from governance and various utility tokens differ For example, as the Ren token is only used for collateralization of darknodes, the actual utility of the project will have less of an effect on the token’s price.

What are the project’s finances?

Whitepapers should include a section that provides clear information on aspects such as pre-mining, pre-sales, and total supply held by team members. In the case of a pre-sale or ICO, this section should also outline how the raised funds will be used to contribute to the project. Assessing if the project has access to adequate funding or if the project team controls a disproportionate amount of the token’s supply can help prospective investors avoid sketchy projects.

Is the project run by a credible team?

Consider the background, past experience, and crypto expertise of the project’s team and advisors. Has the team worked on other crypto projects before, and if so, are those projects still running? Is the team primarily made up of blockchain experts or marketers? While anonymous teams do not necessarily imply that the project is not credible, the fact that investors cannot gauge their credentials should be considered a risk factor. Anonymous teams are also far less accountable in the event of a project failure or scam, which isa common feature of DeFi rug pulls.

How is the project governed?

Whitepapers should also provide an outline explaining how the project is governed, whether centrally by the team or through governance tokens and a decentralized autonomous organization (DAO). While both models have their advantages, it is important to consider the level of control the team has over the project. Prospective investors should be suspicious of projects that claim to be far more decentralized than they actually are.

Does the whitepaper have any substance?

Ensuring that a whitepaper contains substantive and factual information goes a long way towards judging the credibility of a A whitepaper that is filled with advertising language, buzzwords, or otherwise lacks substantive information may present a bear case for the project it’s attached to. The white papers of meme coins such as Safemoon and Shiba Inu (SHIB) are standout examples. Prospective investors should ensure that they understand the base technologies and that the project has a value proposition that is not merely tied to speculation.

While the technical language and complexity of whitepapers may seem hard to follow, a great deal of information about a project can be extracted by focusing and critically analyzing the core concepts. Credible teams should be able to outline the problems they intend to solve, a clear set of blockchain solutions to address these problems, a transparent explanation of the project’s tokenomics, and a breakdown of how funds will be spent.

It should be noted that whitepapers tend to represent the vision and plans for a project during its launch state. While the foundational technology tends to remain the same, other details such as tokenomics, team members, and the general vision for the project can change with time and may not be reflected in the whitepaper. Prospective investors should supplement their research with other sources such as the project’s official website and news feed, along with crypto news sites and centralized exchange (CEX) listings.

Many newer crypto projects derive functionality by building upon the foundations of key projects such as Bitcoin, Ethereum, and Tether. As such, their respective whitepapers can provide prospective investors with a greater deal of understanding regarding core crypto concepts such as stablecoins, proof of work, staking, and much more. While whitepapers do not represent the be-all and end-all of a blockchain project, reading through them helps ground an investment decision and acts as a solid foundation for decision making in the future.