What is Pirate Chain ARRR: Sailing the Sea of Anonymity

Launched in 2018, Pirate Chain (ARRR) is a private-send token that aims to provide 100% transaction anonymity. ARR trades at $7.34 per token with a circulating supply of 177 million, for a total market cap of $1.26 billion. 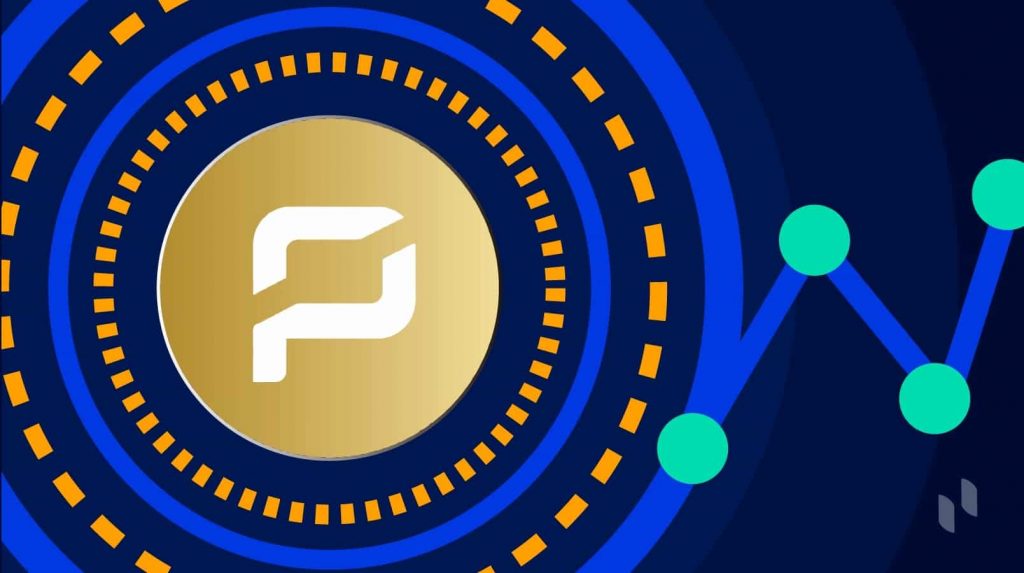 What Is Pirate Chain?

One of Bitcoin’s (BTC) main objectives was to serve as an alternative to government-backed fiat. While privacy-minded individuals flocked to the token in its early days, many found that it didn’t sufficiently protect user and transaction privacy. This is in part due to several core principles built into the token’s development.

As a result, a transaction participant’s identity can often be gleaned from analyzing transaction histories and cross-referencing deposits and withdrawals. An example of how easy it is to track transactions is Whale Alert, a Twitter bot that regularly alerts the public of large movements across a variety of tokens.

Pirate Chain claims that it will improve the functionality of other privacy-oriented tokens. For example, Monero’s (XMR) security features and Zcash’s (ZEC) “fungibility problem” by integrating a variety of privacy techniques.

Pirate Chain uses a delayed proof-of-work (dPoW) algorithm that works to enhance security by notarizing its blocks onto both the Komodo (KMD) and Bitcoin blockchains. As such, Pirate Chain cannot be hit by a 51% attack unless the attacker overcomes the combined hashrates of all three blockchains — a prohibitively costly (if not impossible) task.

What Does Pirate Chain Do?

Because Pirate Chain is heavily privacy-oriented, it does not have the same marketability as more traditional altcoins. Many tokens have given their project a public face to establish credibility with decentralized app (DApp) developers, but the Pirate Chain development team has remained anonymous. The project only reveals the online aliases of its developers. The three “Captain” rank developers are “MrLynch,” “Draeth,” and “Jane Mercer.”

Like many privacy-oriented projects, Pirate Chain has relied on its passionate community to develop applications for the token. The most significant Pirate Chain project is ARRRmada, an online directory of stores created by proprietors that accept the token as a payment or donation.

The ARRRmada storefront includes a wide variety of vendors, including art stores, apparel, web development, and marketing, along with more specialized services such as medical care and data hosting. While the directory does hold an impressive variety of services, there are few options for each at most, averaging at around two to three stores. It should be noted that there does not seem to be any sort of verification process for vendors, and all that’s required for a listing is for your store to accept ARRR.

ARRRmada supports a variety of payment gateways, including Shopify, VerusPay, and the token’s own Pirate Pay. The Pirate Chain team developed Pirate Pay to cut out middleman transactions and provide a fully-decentralized and open-source gateway. Pirate Pay offers features such as a built-in job queue manager to update the status of order payments, enhanced Oauth2 security, price conversion functionality, along with a graphical dashboard.

Other community-driven Pirate Chain initiatives include the development of a Discord bot for the Komodo blockchain that includes ARRR tipping and other financial functionality. In an effort to expand the community, the Pirate Chain team has also been scaling up their social media presence with crypto education and more general marketing content.

While Pirate Chain showed little price movement during its first two years, the token went parabolic in April 2021, rising rapidly from $0.41 to an all-time high of $16.75 by April 23. The price has been on a sharp downward trend ever since, and currently sits at $7.34, representing a 55% decline in just half a month. Despite these corrections, the token is still up by over 1600% from its price at the start of April. 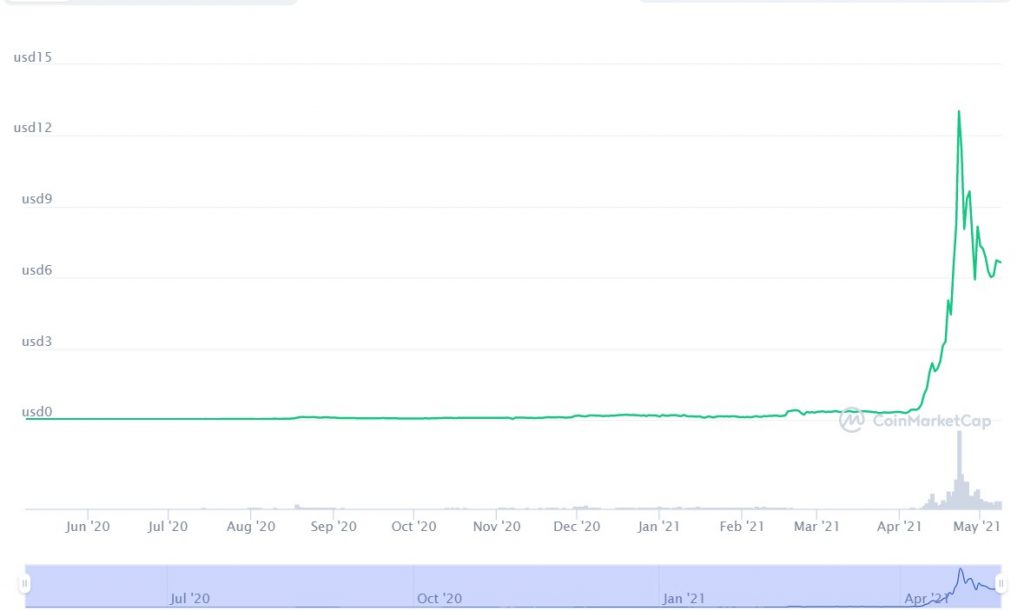 Pirate Chain’s price surge can be largely attributed to a huge wave of speculation following gains in line with the current bull market. The large correction simply represents early investors selling off to lock in their gains, and most analysts project the price will stabilize fairly soon.

To ensure the transparency behind Pirate Chain’s circulating supply, new tokens are mined into a public wallet and then subsequently transferred into a shielded wallet. This ensures that holders have a collective understanding of the token’s total market cap while also privatizing token use in any subsequent transactions. The Pirate Chain team states that the planned maximum supply is 200 million, meaning that over 91% of all tokens are already in circulation.

Dark Waters Ahead for Pirate Chain?

The privacy-oriented structure of Pirate Chain is both its strongest asset and greatest weakness. Privacy tokens are anti-establishment by nature, making it difficult for them to attract developers that have not already bought into the premise.

Another issue is that such tokens are often seen as facilitating money laundering or other criminal activity, making them a prime target for both regulators and hostile actors. While transactions made from the tokens themselves are hard to regulate, financial watchdogs have high authority over centralized exchanges.

When a regulator bans a certain token, exchanges risk being shut down if they do not halt the trading of that token as soon as possible. Prominent privacy tokens such as Dash and Monero have already been victims of delisting orders issued by several major exchanges. It should be noted that while such actions may not render the token unusable, the large majority of trading volume goes through these major exchanges.

The high levels of anonymity claimed by privacy tokens also make them key targets for hackers and security firms alike. For example, in mid-2020, CipherTrace announced that they had designed the world’s first Monero tracking tool in collaboration with the U.S. Department of Homeland Security.

On the other hand, focusing on anonymity means that Pirate Chain relies less on application and adoption than most other tokens. While projects like Zilliqa (ZIL) or Polygon (MATIC) may have lofty goals like enterprise-scale adoption, Pirate Chain will serve its purpose so long as it keeps fulfilling its anonymity promises.

Steering the ship of a privacy token project is an arduous task with comparatively little reward. Most participants in such projects, be they part of the team or community, fervently believe that anonymity is essential to financial freedom. Right now, Pirate Chain claims it has the largest shielded private pool out of any privacy token.

Though Pirate Chain is a newer player in the privacy token space, it boasts a strong suite of technologies and a unified community. While the token does lack applications, it’s been moving forward with community-driven initiatives and can at least maintain its value proposition without large-scale developer interest.

As privacy tokens have long been targeted by regulatory authorities, Pirate Chain is unlikely to see listings on any exchange with significant trade volume. Instead, it may have to rely on decentralized exchanges (DEXs) and peer-to-peer transactions. As with any crypto project, Pirate Chain’s “captains” will have to prove they can handle malicious actors. However, the main challenge for them will be dealing with increased government attention.