What is SafeMoon: Chasing the Impossible Launched in 2021, SafeMoon (SAFEMOON) is an automatic liquidity generating protocol. SAFEMOON trades at $0.00000508 per token with a circulating supply of around 617 trillion, for a total market cap of $3.134 billion.

The static reward mechanism incentivizes long-term holds by issuing passive rewards of more SAFEMOON from trading fees. This means that holder wallets appreciate according to the volume of transactions being carried out on the network.

The SafeMoon burning mechanism is manually controlled, meaning that it can be switched off and modified at any time. The team says this lets them better control circulation in a manner that rewards holders. In an effort to mitigate concerns regarding transparency, the token displays a public burn tracker on its homepage.

Through this mechanism, SafeMoon aims to provide a solid price floor with a degree of arbitrage resistance. In principle, the automatic liquidity protocol prevents huge dips when early investors sell off their positions, thereby protecting holders and newer investors from the worst of price fluctuations.

Is SafeMoon a Good Investment?

The SafeMoon project has caused waves since its release, capturing the imagination and suspicions of many in the crypto community. SafeMoon has gained a lot of traction. In fact, by April 20, it had become the most-searched cryptocurrency for three days in a row on CoinMarketCap.

SafeMoon has one of the strongest social media presences in the crypto space, especially for such an unestablished token. The project’s Twitter is regularly abuzz with new announcements and slick marketing content. The account (@safemoon) boasts over 445,00 followers, more than Solana (SOL) and Filecoin (FIL) combined.

While SafeMoon has attracted positive community attention, the project has not been so fortunate with crypto experts and the press. Critics have noted that beyond promising to “moon” the value of its token, SafeMoon does not seem to offer much of a use case.

An article published in Money Morning argued that SafeMoon’s price was “destined to collapse,” and would likely wipe out the money of anyone left holding the bag. Many have also pointed out that while the token may appear very cheap to crypto newbies, its 1 quadrillion in maximum supply means that it does not have much room to appreciate.

The SafeMoon project and its promoters have been accused of utilizing penny-stock tactics to lure novices into a pump-and-dump. Some have noted that SafeMoon’s tokenomics mechanisms resemble those of the infamous BitConnect pyramid scheme. An analyst at Seeking Alpha noted that for SafeMoon to reach the $0.01 valuation target set by some of its promoters, its market cap would have to eclipse all the household wealth of the United States.

In terms of applications, SafeMoon’s roadmap includes ambitious plans that include the development of an app, wallet, crypto game integrations, and a non-fungible token (NFT) exchange. The team also plans to establish a European office and launch the SafeMoon exchange, a mobile-first DEX.

While little information has materialized for most of these projects, a tweet from SafeMoon’s CEO suggests that the establishment of a UK office is underway. The project also recently reached its $1 million community funding goal for the development of the SafeMoon Exchange. According to the team, the tokenomics mechanisms of the exchange will resemble those of the SAFEMOON token, meaning that users will also receive rewards for holding other cryptocurrencies (such as BTC) in their accounts. 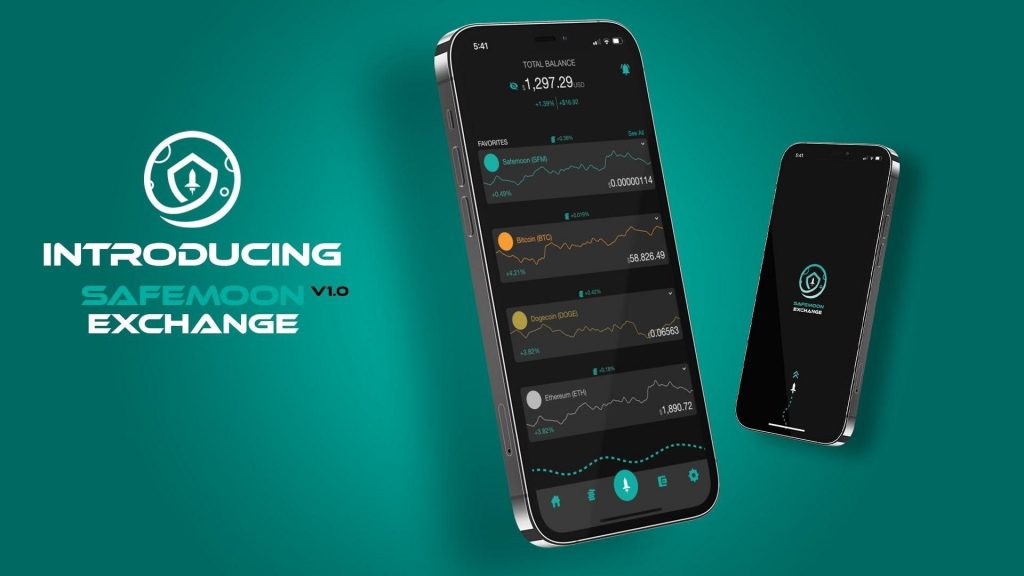 Who Is Behind SafeMoon?

SafeMoon was founded by John “CptHodl” Karony. Other core members include Thomas Smith and Henry Wyatt. Karony previously served as an analyst at the US Department of Defense, and is also the Founder and CEO of TANO, an indie games startup based out of Utah. Karony currently serves as SafeMoon’s CEO. The huge surge in SafeMoon’s price can be clearly traced to the token’s sophisticated social media presence. A quick look at both YouTube and TikTok shows that many crypto influencers have also started promoting the coin. By riding this hype wave, SafeMoon reached a $1 billion market cap in less than a month.

While the crypto industry has matured significantly since 2009, much of the altcoin space still resembles the “Wild West.” Even more so than in traditional markets, it is incredibly easy to get burned by investing without exercising due diligence.

Experts largely see SafeMoon as a bout of investor mania at best, or a scam at worst. Though the project has a large community behind it, it should be noted that most community members are simply holders. SafeMoon has no developer ecosystem, no partnerships, and currently stands as an unproven token with no clear use case.

Much work has to be done before SafeMoon can assuage public concerns both in regards to its usability and trustworthiness. Rather than chasing the moon, prospective investors should consider the wealth of other altcoins available, many of which are backed by strong use cases and proven teams.