What are Blockchain Applications and Use Cases?

“Blockchain” has been a hot buzzword for the past decade, but many people still do not truly understand the concept of blockchain technology and the extent of its applications.

Essentially, a blockchain is a specific type of database. Contrary to what some people believe, it is not synonymous with Bitcoin and other cryptocurrencies. Instead, blockchain is a type of “distributed ledger technology” (DLT), where it can be used as a secure method of building a public ledger for cryptocurrency transactions. This keeping of transaction records is only one of many applications of blockchain. 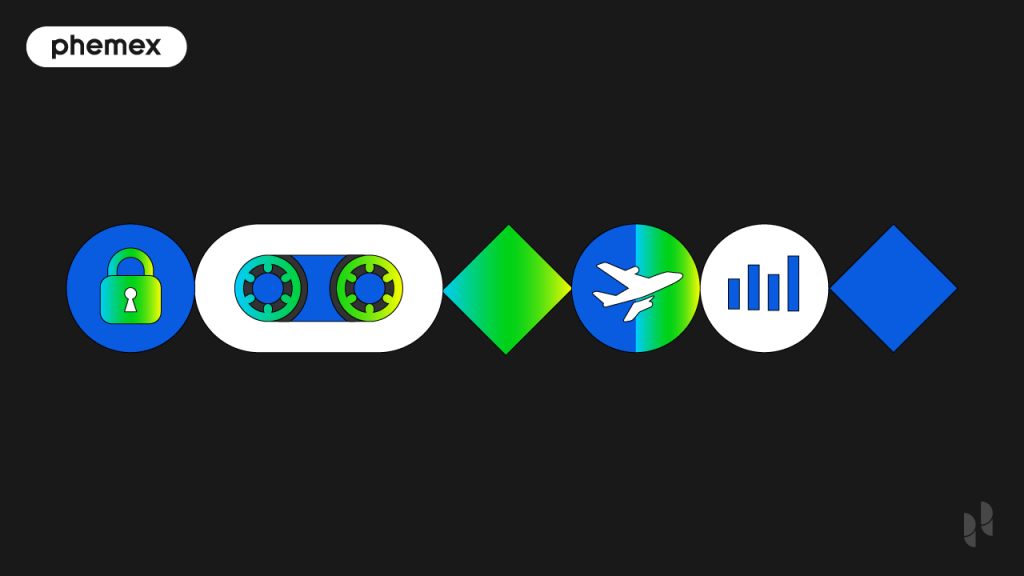 What is Blockchain Used for?

A blockchain can be used to implement public ledgers of information and enable secure transactions. These two principal functions can have numerous use cases across industries such as finance, healthcare, and the Internet of Things (IoT).

One of the key differentiating factors of blockchain technology is its ability to decentralize information and system control. Bitcoin is an example of a salient use case.

Instead of storing the data under a single organization’s server, Bitcoin transaction data is stored across a public network of thousands of computers operated by different individuals and groups. Each computer node has a complete record of the data stored on the blockchain. Therefore, no single node can alter the information because discrepancies are easily identified against the records of thousands of other nodes.

This enables peer-to-peer transactions without any central governance tampering with the information. There is also no need for a middleman, so associated costs can be cut out.

Use of Cryptography for Immutable Data Storage

Apart from their decentralized mode of operation, blockchains are considered immutable because of how data is stored. Data is stored chronologically in blocks. Each block contains a unique cryptographic hash code, the hash code of the previous block, and the previous timestamp. No one can alter the timestamp information without changing the entire hash code.

Furthermore, blockchain utilizes cryptography to tag users to unique digital signatures. This can have varying levels of anonymity and privacy depending on the use case. For example, Bitcoin’s digital signatures are unique and anonymous. The user’s digital identity acts as a pseudonym but is traceable across the blockchain.

Private cryptocurrencies such as Monero (XMR) take things one step further. Instead of having a public but anonymized digital identity, Monero allows users to transact using a one-time public key and private key. This allows transactions to occur without the public having knowledge of seller or buyer identity or transaction information.

Alternatively, blockchain can also be used to create encrypted digital identities linked to the user’s real-life identity. This is useful in supply chain and IoT management applications, where the primary purpose is to authenticate the user’s real identity before allowing access to various data and actions.

When is Blockchain Useful?

Blockchain is helpful in specific situations such as:

How is Blockchain Used in Different Industries?

Blockchain has found adoption in industries such as finance, healthcare, and the IoT.

Apart from the rise of decentralized finance (DeFi), blockchain technology is increasingly being used by traditional banks as well. A recent report found that 80% of central banks are looking into use cases involving digital currencies based on distributed ledger technologies.

The Philippines government has also begun to accept and tap into this market as well. The Philippines’ Central Bank has approved several crypto exchanges to operate as “remittance and transfer companies.” The government is also setting up a blockchain app bonds.ph with Unionbank to distribute government bonds. Unionbank has even installed a Bitcoin ATM in Manila. These actions demonstrate how blockchain technology and cryptocurrencies are becoming increasingly mainstream in the Philippines.

Outside of Asia, Credit Suisse has partnered with New York-based startup Paxos to use blockchain technology for US stock trades since March 2020. JPMorgan, Goldman Sachs, Wells Fargo, and Citigroup are other large incumbents that have also begun blockchain initiatives. For example, JPMorgan Chase launched the JPM Coin. Meanwhile, Goldman Sachs and Citigroup built an equity swap on Axoni’s Axcore blockchain in February 2020. Wells Fargo is utilizing blockchain technology for its Digital Cash platform to easily transfer funds between subsidiary accounts. In addition, financial institutions such as Santander and Western Union have partnered with blockchain company Ripple (XRP) to improve the efficiency of cross-border payments.

The use of blockchain technology in the financial industry is also gaining traction in Europe.  A report details that seven of Europe’s largest banks are looking to build a blockchain-based platform for cross-border orders. Another article mentions that 90% of the European Payments Council believe that blockchain will change how payment services fundamentally work by 2025.

One major challenge faced by healthcare institutions worldwide is managing patient data records and sharing the information across departments to inform medical care decisions. This challenge can potentially be resolved using blockchain technology.

Medicalchain uses blockchain technology to manage patient-centric electronic health records. The blockchain-based system is linked to existing electronic medical record software. Each time new data is logged onto the system by a physician or nurse, the record is appended onto the blockchain in the form of a hash code. This can only be decoded if the relevant stakeholder, which in this case is the patient, gives their consent.

Using blockchain to encrypt patients’ medical records allows institutions and various departments to rely on a single and comprehensive source of truth. It also ensures data privacy as the patient’s permission is required for access to the information. Such encrypted medical data can also facilitate healthcare insurance claims. For instance, developers can program smart contracts to identify whether an incident meets specified criteria based on information decoded from the blockchain.

Internet of Things (IoT) applications are rising in demand. One of the main concerns in the sector is data security. Since mobile applications and other online platforms can access and control analog objects such as household appliances, cars, and industrial machinery, hackers would hypothetically be able to hijack these items or steal relevant data by attacking them.

Blockchain-infused IoT enhances security. For example, Filament, a company in Reno, Nevada, creates software and microchip hardware that lets connected devices operate on the blockchain. Their products encrypt ledger data, distribute real-time information to other connected machines, and monetize those machines based on timestamps. If a company has rented a piece of machinery, they can pay for the duration used, according to the encrypted data.

Although blockchain technology can be applied across many industries, there are still challenges ahead.

There are numerous use cases for blockchain technology across different industries like finance, healthcare, and IoT. Although this is promising, readers should note that blockchain is still finding its footing within many of these sectors. It is up to the investor or company to discern whether the potential rewards of adopting the blockchain early on are worth the risks.