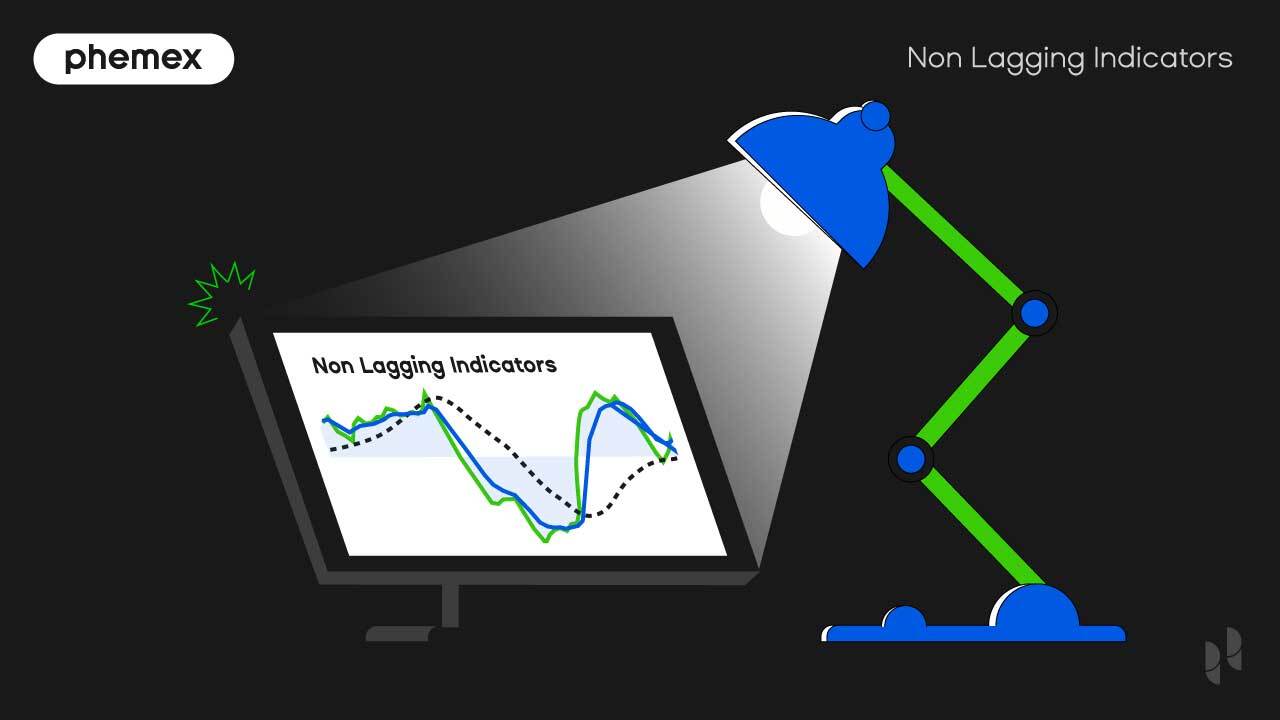 2) Start practicing. Use the testnet to paper trade with simulated money for free.

Bonus: Read more about spot trading and contract trading on the Phemex platform.

What Are Lagging Indicators? 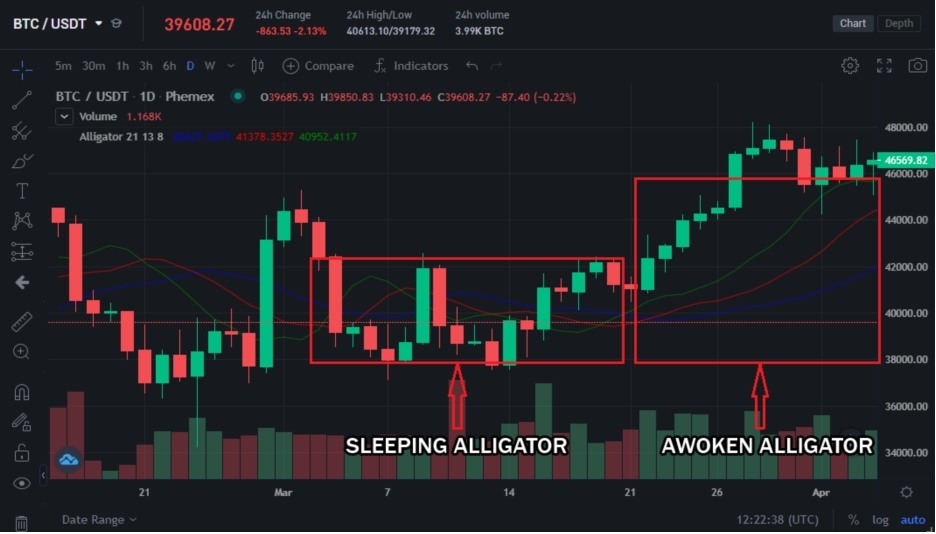 We handpicked the best leading indicators that can be used for crypto trading. These indicators are based on price averages, volume, and other reliable metrics. Traders can combine them with other indicators or use them in isolation. With that said, let’s delve into our top five non-lagging indicators picks:

The True Strength Index (TSI) is an indicator that does it all: trend, overbought/oversold levels, cross trading, and divergence. The TSI indicator is a non lag trix indicator based on three Exponential Moving Averages (EMAs) – the most important moving average for leading signals.

The EMA places weight on recent price data and sends buy and sell signals once the EMA lines cross and diverge. The formula uses smoothening (multiple time values) to make it less volatile and sends accurate signals for traders. Here’s how the TSI indicator can be used for Bitcoin trade signals: 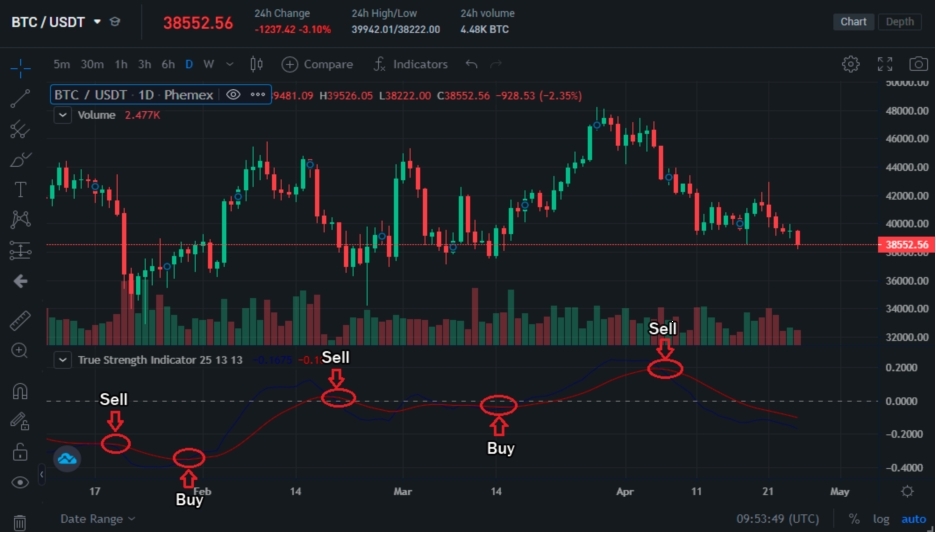 The crossing of EMA lines sends buy and sell signals – once the blue line (25-EMA) ascends above the red line (13-EMA) this is a buy signal and vice versa. We can see how when the lines diverged from each other, this was reflected in the price of Bitcoin. The indicator was accurate for virtually all of the latest trends on the chart.

The Fisher Transform (FT) is a leading indicator comprised of two lines: “Fisher” and “Trigger”. The indicator is used for leading buy/sell signals and is based on the Gaussian distribution which is a mathematical formula for continuous probability. The indicator is range-bound similar to the RSI indicator, indicating overbought values on the upper range and oversold on the lower range. The Fisher Transform moves fast and provides signals once the two lines cross: 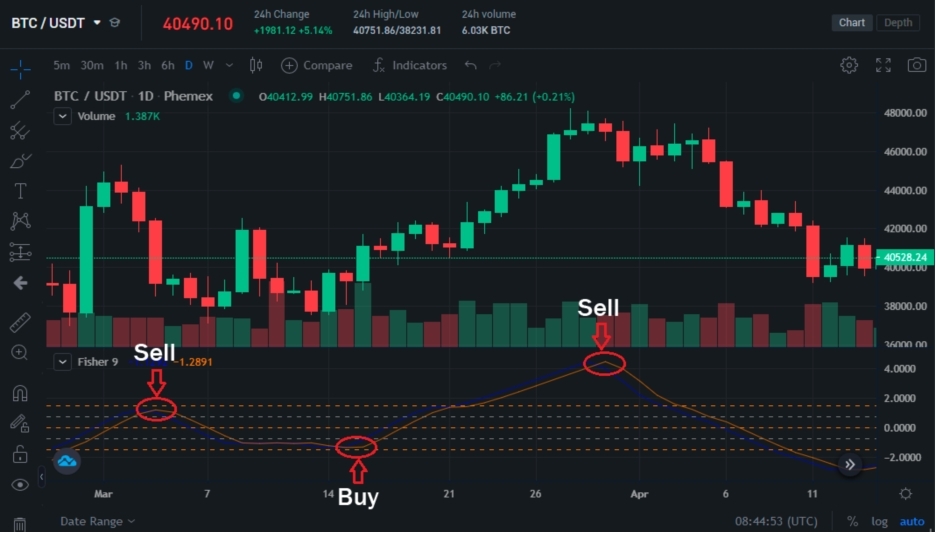 If the Fisher (blue) line crosses over the Trigger (orange) line, this indicates a bullish trend and a buy signal. If the Trigger line crosses the Fisher line, this indicates a bearish trend or sell signal. If a trader zooms out of the chart, they can analyze the market trend based on the range. If the oscillator is trending in the upper levels, it can be used for divergence trading by trading against the market. 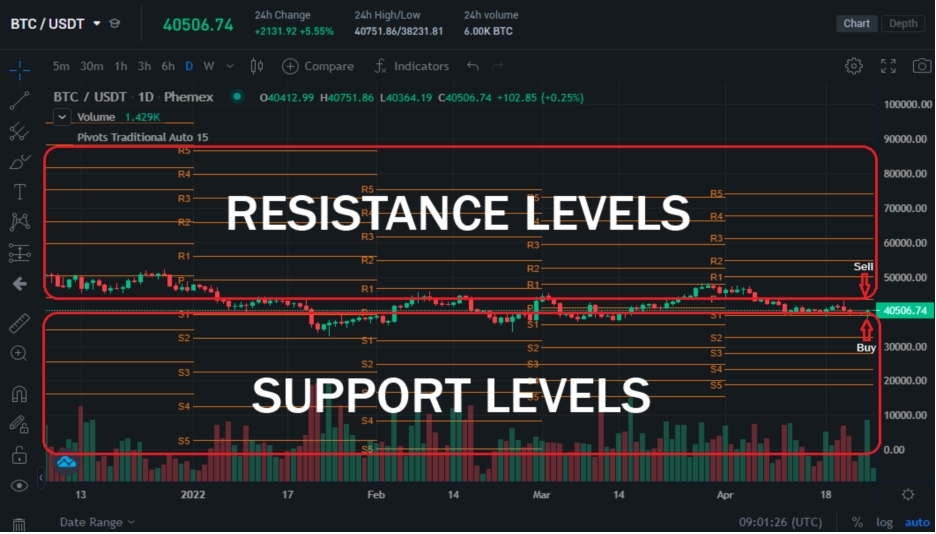 Pivot Points are purely based on price averages and disregard volume or momentum. The indicator uses low, high, and closing price averages to construct the pivot lines. This makes it an active leading indicator that’s suitable for automated bot trading. Traders can use stop-losses near the S levels and take-profit orders near the R levels. The indicator is most commonly used for confirming trend patterns.

Stochastic RSI (StochRSI) is a leading non lag reversal indicator that oscillates faster than the Relative Strength Index (RSI). StochRSI is based on market momentum and assumes it’s more important than volume or price. The indicator is highly sensitive and oscillates between overbought and oversold territory fast. Readouts over >80 are considered “overbought” and under 20< are considered “oversold”: 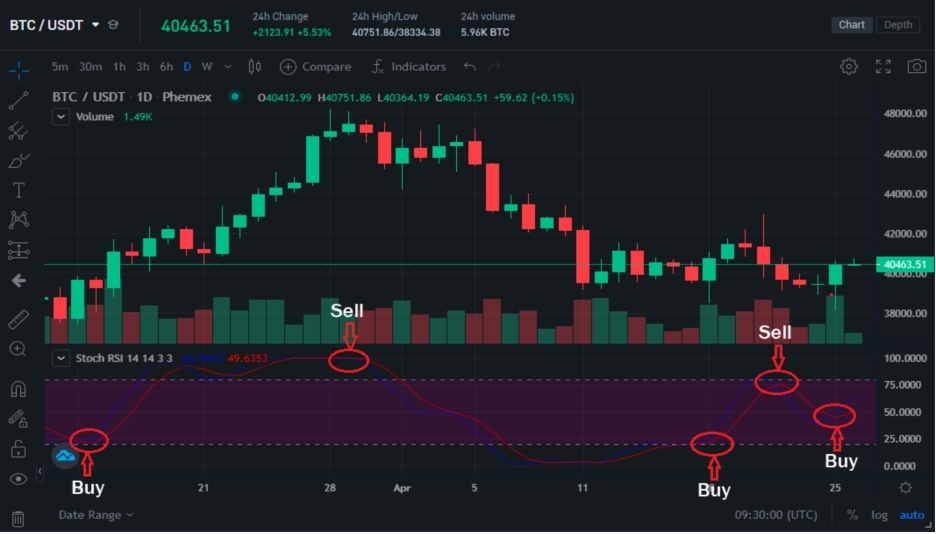 Once the “K” line (blue) surpasses the “D” line (red) – open a long trade and vice versa. Traders who use the StochRSI indicator for divergence trading are betting against the market. If the market is mostly selling Bitcoin, a trader can analyze oversold levels and open a long trade preemptively expecting a price reversal. However, they should be careful as the indicator can send false signals due to its sensitive nature.

The Williams Alligator is a non lag MA indicator and our first recommendation on the list. The WA indicator does two things: it tells traders how to trade and when to trade. The reason this is the best non-lagging indicator is that it filters sideways markets from trending markets and simultaneously sends buy & sell signals. 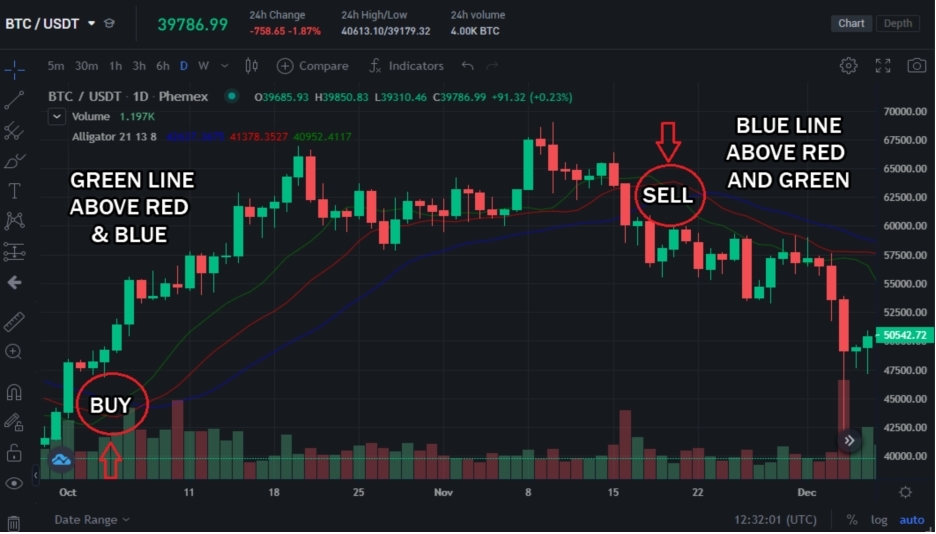 A buy signal is generated when the lips (green line) moves above the red and blue line. A sell signal is generated when the jaw (blue line) moves above the red and green line. In the example above we see two trending markets and the indicator predicted both at the right time. The lines are separated in both, indicating a trending market. WA is based on a triple Simple Moving Average (SMA) which makes it one of the most accurate indicators to date.

Lagging indicators are more accurate while non lagging are superior for day trading. Fundamental traders should use lagging indicators because they’re more reliable for long-term investing and they measure values based on historic data. Leading indicators place weight on recent prices and they can predict the next trends while they’re occurring. Future trends are self-fulfilling prophecies in a way because traders use the same indicators and place similar trades.

The bottom line is that it’s not about lagging vs non lagging indicators, but it’s how we use those indicators in our trades. The interpretation one trader has of an indicator can be wildly different from another trader, and this reflects in their PnL. It’s recommended to use these indicators in conjunction to confirm trends before making risky trades. Use safety mechanisms such as stop-losses to minimize the risk of capital loss. To learn more about trading indicators in detail, visit our technical analysis (TA) section.