What Is the Best Divergence Trading Strategy?

Divergence is a trading phenomenon that offers reliable and high-quality information regarding trading signals. It refers to when an asset’s price moves in the opposite direction to the momentum indicators or oscillators. Commonly used indicators include the relative strength index (RSI), stochastic oscillator, Awesome Oscillator (AO), and moving average convergence divergence (MACD). 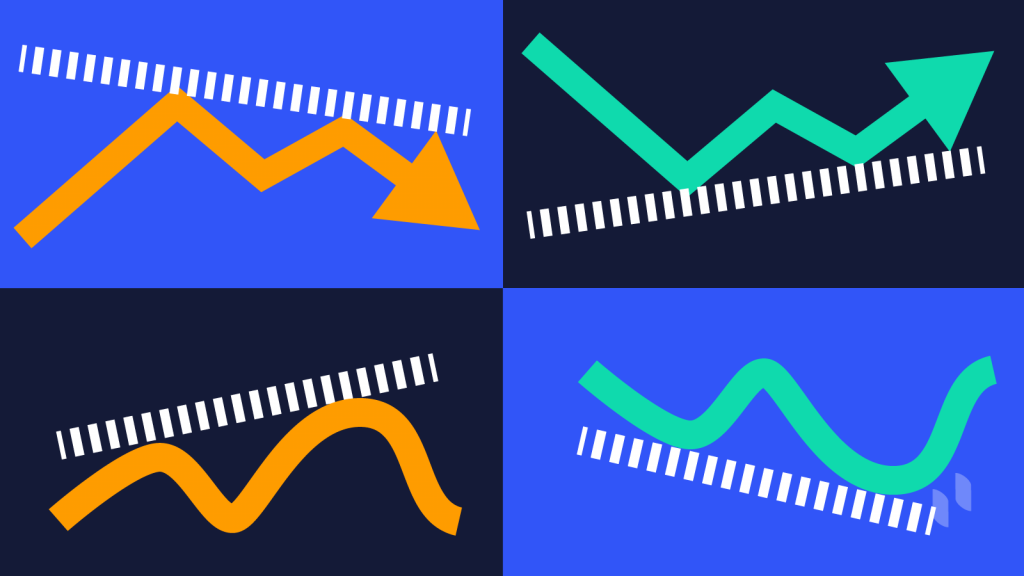 Divergence is one of the many concepts that experienced traders use to time when to enter or exit the market. To say a divergence occurs is to say that the price and momentum are out of sync. This signals that the market is preparing for a trend reversal or pullback, but it does not necessarily guarantee trend directions.

There are mainly two types of divergence: What Is Regular Divergence?

What is Regular Bearish Divergence?

What is Regular Bullish Divergence?

How to Identify Regular Divergence?

What are the Leading Indicators?

One of the most popular leading indicators is the relative strength index (RSI), which traders use to identify whether an asset is overbought or oversold. The RSI is a calculation of the average upward price change relative to the average downward price change, reflected as a percentage. The figure below shows an example of a regular bearish divergence identified using the RSI. From the figure you can see that the price makes consecutive higher highs while the RSI makes successive lower highs. What are the Lagging Indicators?

The moving average convergence divergence (MACD) is an indicator based on the moving averages (MA) that traders use to identify when to enter or exit a market. The MACD involves three components — two MAs and a histogram. Since the MA is a lagging indicator, the MACD is generally regarded as one as well. However, the MACD is sometimes considered a leading indicator, as traders can use the histogram to predict signal crossovers between its two moving averages. The figure below depicts an example of a regular bearish divergence identified by the MACD. The figure shows the price action forming progressively lower lows while the MACD forms progressively higher lows.

Regular bullish divergence identified from an Ethereum price chart from May 1 to October 16, 2017, 1D time frame with the MACD (Source: TradingView)

Another lagging indicator is the Awesome Oscillator (AO). It compares recent price movements to previous price movements to determine whether the market is in a bullish or bearish trend. The AO is based on two simple moving averages (SMA), and can indirectly be considered a lagging indicator. In the figure below, there is an example of a regular bullish divergence identified using the AO. The figure shows the price forming progressively lower lows while the indicator forms progressively higher lows. Regular bullish divergence identified from a Bitcoin price chart from May 8 to September 14, 2017, 1D time frame with the Awesome Oscillator (Source: TradingView)

How to Trade Regular Divergence?

Divergence only tells traders that the momentum of a price movement is weakening. This does not necessarily lead to a strong reversal, and the price movement may just be entering a sideways trend (horizontal price movement within a stable range). To create a more reliable divergence trading strategy, skilled traders combine indicators with various tools. One popular tool is the exponential moving average (EMA) chart, which gives more weight to the most recent prices.

The figure below is an example of how to enter a market after the appearance of a regular bullish divergence. A 20-day EMA is used with the MACD to determine when to enter the market. The corresponding steps are as follows: The Take Profit, Stop Loss, and entry point for a regular bullish divergence identified from an Ethereum price chart from May 1 to October 7, 2017, 1D time frame with the MACD (Source: TradingView)

The figure below is an example of how to exit a market after the appearance of a regular bearish divergence. A 20-day EMA is used with the RSI to determine when to exit the market. The corresponding steps are as follows: The Take Profit, Stop Loss, and exit point for a regular bearish divergence identified from a Bitcoin price chart from January 26 to June 25, 2021, 1D time frame with the RSI (Source: TradingView)

Trading divergence can be very profitable if traders can reliably identify divergence by making use of the trading tools in their arsenal. However, like all trading strategies, using divergence indicators involves a certain degree of risk. Divergence is only a signal that indicates that the price’s momentum is changing, and does not guarantee a trend reversal or pullback. Traders are advised to understand the available trading tools and practice with such tools before utilizing them in trades.