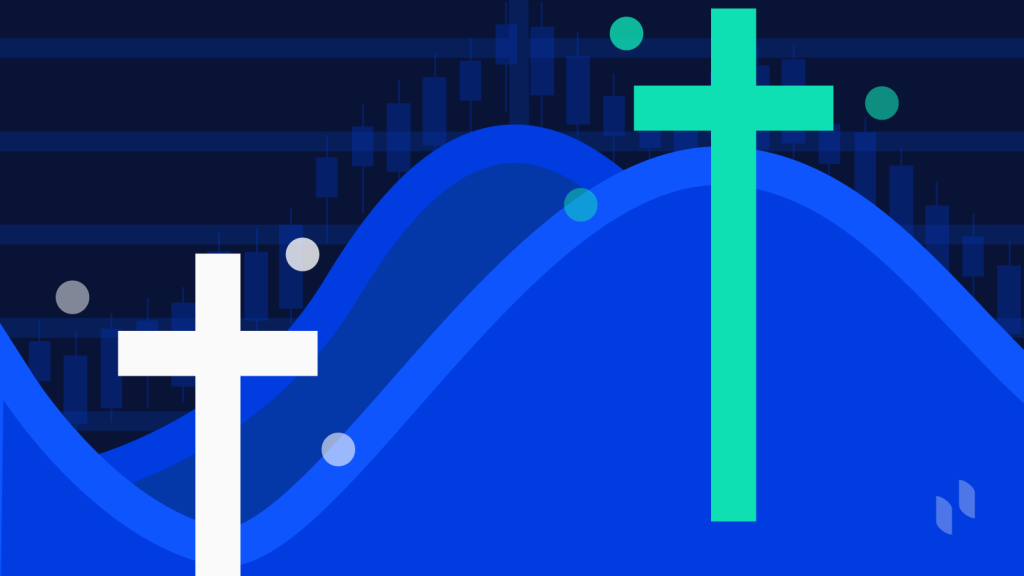 Each day, millions of crypto traders hop on their favorite cryptocurrency exchanges to play the tug of market war, pulling their end of the rope as hard as they possibly can to make more than they had the day before. Trading stocks is tricky. Trading crypto is challenging.

It takes a strong mind to dive into the turbulent waters of trading digital assets, especially when the intricacies of the task at hand are obscure at best. Experts in the field use a variety of analysis methods to extract patterns from market data and predict the best course of action.

Over the decades, analysts worldwide have discovered patterns within market movements that accurately predict an asset’s future performance. Different patterns forecast different outcomes, and the right kind of pattern on a candlestick chart can really light up a room.

These patterns are usually found during periods of consolidation when the market waits on the edge of its seat to see how things play out. During these segments of relative stability, market prices can move either way depending on sentiment, and it’s vital to understand the game before learning to play your hand.

Traders sift through data like VCs sift through startup ideas, identifying consistencies between current and past strategies to predict where the market is going. We all dream of the pot of gold at the end of a rainbow, but through sustained analysis, traders around the world claim to have found the jackpot at the end of a golden cross.

From support and resistance levels to trendlines and indicators, trading involves keeping track of a diverse array of metrics. Some indicate potential upside for an asset, while others convey the urgency to reel the fishing line back in.

Market data exists in many forms, but the conventional candlestick chart we use today wasn’t always a standard issue. In 1989, Steve Nilson would introduce this 200-year-old Japanese charting technique to the west with a short article for Futures magazine.

Price patterns are generally identified using trendlines drawn on an asset’s candlestick chart, which also help discover support and resistance regions. These are notable price points on the chart where market pressure is high, creating testing zones for the asset around its current value.

There are varying schools of thought on how to draw patterns. Regardless, a fundamental truth is that trendlines angle upward when an asset reports higher highs over time and descend during more extended periods of a market downturn. Applying these trendlines to create patterns on historical data shows promise, but even the famed golden cross isn’t accurate all the time.

Patterns don’t influence market movements – markets do. Patterns are just a way to visualize them, and it’s necessary to really drive this point home. Just because a trendline or indicator suggests a particular outcome doesn’t mean its occurrence is guaranteed. However, chart analysis also doesn’t just give you binary results. Some metrics can even provide much-needed clarity on the state of individual investments.

The ‘Moving Average’ (MA), for instance, can show both long and short-term potential depending on its position and trajectory. Moving averages can also adhere to different intervals, with smaller MAs indicative of short-term performance and larger MAs offering a bigger picture.

A climbing moving average can signify swift gains, and a falling one can predict imminent losses, but without understanding how they fit into the broader context of the market, they’re about as useful as a coin flip. For example, a downward-facing 50-day moving average could indicate short-term gains. However, if the 200-day moving average is soaring above it, the long-term implications are probably not as dire.

Even with two moving averages of different intervals, there isn’t enough context to make an informed call. Some patterns show clear, measurable trends that have been replicated and tested multiple times over the years. From ancient barter systems to today’s bustling economy, our current financial system wasn’t built in a day.

At times, chart analysis can predict when and by how much an asset will grow in the future to a frightening degree of accuracy. They seem distanced and indifferent to the woes of overambitious traders, appearing both logical and irrational at the same time. But the inconsistent accuracy of chart patterns and indicators shows us that when it comes to moving markets, it takes a characteristic that’s inherently, profoundly human.

What is a Golden Cross?

In standard practice, traders use the 50 and 200-day MAs to track the golden cross. Since longer moving averages generally represent long-term performance potential, a golden cross supported by high trade volume can be a powerful signal of an incoming bull market.

Traders have always had mixed opinions on this narrative, with some claiming confirmation bias and others calling it a coincidence. However, just months before this golden cross, Bitcoin had experienced another moving average crossover, though the indicators untangled themselves shortly after.

While a relatively high trading volume also supported this golden cross, it wasn’t enough to drag BTC into a bull market. Golden crosses are, at times, akin to bigfoot sightings or alien abductions – some swear by them, others are more skeptical.

The first involves a sustained downtrend that depletes sellers and results in a consolidating bottom.

The third and final phase is the glorious uptrend that follows, with MAs acting as support levels to push the price even higher.

What is a Death Cross?

It’s easy to be unconvinced by bullish indicators – betting on them is risky and can lead to severe losses. While not all traders believe a golden cross is a definitive signal, there is one pattern that strikes fear into the hearts of even the most skeptical traders. Eventually, the two moving averages inevitably cross back over each other, which brings us to the death cross.

In 2018, fresh off the heels of Bitcoin’s rally to $20,000, BTC’s 200-day moving average crossed under its 50-day MA, accompanied by a sharp increase in volume. Unlike the first golden cross in 2015, this was no fake-out, and the aftermath of this death cross saw Bitcoin spiral into a bear market that lasted nearly a year.

Early 2019 saw the golden cross’s reappearance, pushing the market back up to $13,000, and a series of alternating crosses since then have similarly impacted BTC’s price. The most recent golden cross took place in May 2020, and Bitcoin surged from under $10,000 to over $23,000 in the following half-year.

Regardless of whether they actually cause these movements, perceived opportunities and risks can still significantly impact markets, even if it’s just in the short-term. Both patterns are followed by sharp movements in either direction, indicating a quick market reaction to the indicators’ paths coinciding.

Studies show that either cross can signify a change in trend, but they are more often observed as confirmation of trends already set in motion. However, no matter how outrageous predictions from patterns and indicators sound, they can still hold true if everyone believes they do.

Is The Golden Cross a Bullish Indicator?

Across decades of research, traders and analysts have formed conflicting opinions surrounding the golden cross’s legitimacy as a bullish indicator. Anecdotal experience only gives you one perspective, and while the pattern has started heated debates among its proponents and naysayers, empirical evidence shows that it isn’t an entirely dependable indicator of future performance.
On observing the performance of the S&P 500 since 1928, analyst Doninic Picarda reported that trading the crosses resulted in more profits than buying and holding. However, a similar analysis from Wall Street Courier noted that between 1950 and 2012, the crosses did not produce strong growth results compared to traditional strategies.
In fact, less than 35% of the observed data for the period showed the golden cross strategy outperforming buy-and-hold portfolios. Since moving averages are lagging indicators, this could also be due to investors mistaking a trend confirmation for a trend signal.

No indicator can truly predict the future. At most, they provide us with the information required to make an educated guess, but they are far from definitive in their verdicts. Chart patterns and indicators should always be read alongside other metrics to provide a better all-round picture of the market’s condition.
Tracking price movements and trading after them is a losing game. It requires no underlying fundamental skill or insight to perform, and evidence to support the golden cross indicator is mostly vague or situation-bound. While there’s good money to be made from the sudden market movements surrounding these patterns, it is more likely a byproduct of exploiting the behavioral psychology of traders who follow the herd.