Bitcoin vs. Ethereum vs. Litecoin: The Battle of the Blockchains

Bitcoin (BTC), Ethereum (ETH), and Litecoin (LTC) are some of the most popular and most used cryptocurrencies in the world. They’re all decentralized digital currencies that utilize the power of blockchain technology, with all three networks requiring a Proof-of-Work (PoW) consensus, or mining processes to verify blocks and mint new coins into circulation. The Bitcoin and Litecoin networks hold a similar goal of being a universally used and decentralized online digital currency, but this is where Ethereum differs. Ethereum is more than a currency, it’s a programmable virtual computer with the ability to automate smart contracts, and have decentralized applications (DApps) built upon it. With their respective positions at the top of the crypto leader board, their many similarities, and some differences, the question is, which is the best: Bitcoin, Litecoin, or Ethereum?

Bitcoin is an online, peer-to-peer, decentralized cryptocurrency, which means all transactions occur directly between the users interacting with the blockchain, without the need for a third party to facilitate or confirm them. In the words of its mysterious founder, Satoshi Nakamoto, Bitcoin was created to “allow online payments to be sent directly from one party to the other without going through a financial institution.” Bitcoin was launched in January 2009, and it was the first to allow users to interact with blockchain technology, where they could store, measure, and transfer wealth anonymously.

The Bitcoin blockchain uses a Proof-of-Work (PoW) consensus model called the Secure Hash 256 (SHA-256) algorithm, which requires miners to use their computing power to solve a complex mathematical problem called a hash. Once the hash has been solved, miners are rewarded with BTC and a new block of transactions is added to the blockchain. Unfortunately, Bitcoin has suffered limitations with the increasing number of users adopting the network, with the blockchain becoming more congested and scalability proving to be an issue. This includes slow transaction confirmation and expensive transaction fees, which is due to Bitcoin’s slow mining process that only allows a 1MB block of transactions to be verified every 10 minutes. These issues are what propelled other blockchain projects to create new technologies to improve scalability, and what ultimately led to the growth of Web 3.0.

Litecoin is a cryptocurrency designed to provide fast, secure, and low-cost payments by utilizing the properties of Bitcoin’s blockchain technology. Sometimes called Bitcoin-Lite, Litecoin is a source-code fork, which means it was created by copying, pasting, and editing the open-source code of Bitcoin so that it would not succumb to the same scalability limitations as its father blockchain.

Created by Charlie Lee, a former Google employee, Litecoin was created to be a “lighter version of Bitcoin,” meaning it would hold the same properties as the original blockchain, but it would be “lighter” with better scalability to perform more efficiently. This is demonstrated by Litecoin’s block confirmation speed of 2.5 minutes, which is four times the speed of Bitcoin’s and results in faster and cheaper transactions for its users.

Litecoin is also a PoW blockchain, but to mine coins it undergoes a different mining process to Bitcoin’s SHA-256, which is called a Scrypt Hash Function. What differentiates the Scrypt function from the SHA-256 function, is that it’s memory intensive. This is because as well as requiring miners to generate numbers rapidly, these generated numbers are then stored in the Random Access Memory (RAM) of the computer’s processor. The Scrypt hash function was initially implemented by the Litecoin development team to avoid high power miners, known as Application-Specific Integrated Circuits (ASICs), from dominating mining on the network, as this could result in a threat of centralization. Unfortunately, however, this ASIC resistance was unsuccessful, and today Litecoin and most other cryptocurrencies continue to suffer from this issue.

Ethereum is a decentralized and open-source blockchain, sometimes called a virtual computer, that allows users to trade digital money, mint and market NFTs, and build DApps using smart contract technology. Created by Vitalik Buterin, Ethereum’s native coin, Ether (ETH), is used as the platform’s digital currency, and facilitates all activity that happens upon the platform. The Ethereum community has created a booming digital economy, as well as bold new ways for creators to earn online, and help construct the future of the Internet.

Ethereum is also a PoW blockchain, but again it uses a different hashing function to that of Bitcoin and Litecoin. Ethereum’s PoW system is the Keccak-256 system, which generates numbers in an unpredictable way until the correct hash is found and new coins can be mined. 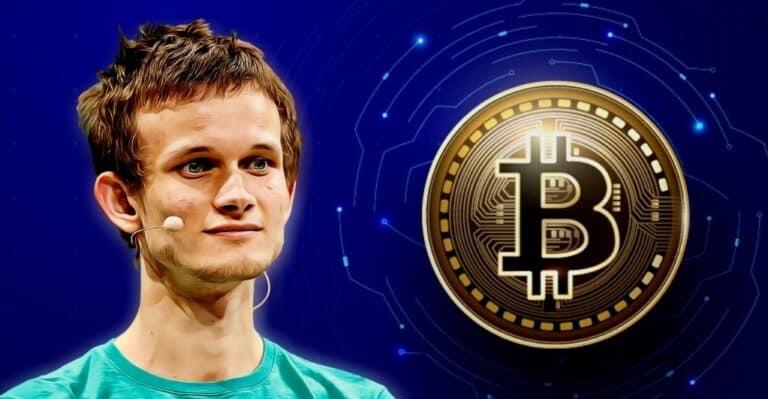 Bitcoin vs. Litecoin vs. Ethereum: Key Differences and Similarities

Two key issues for most traders, speed and cost, are the main reason that Litecoin was born. This is evident from its transaction speeds of 54 TPS to Bitcoin’s 5 TPS and its cost of $0.10 to $0.20 per transaction to Bitcoin’s $2 to $10 per transaction. Ethereum is closer to Bitcoin, with transaction speeds of 13 to 15 TPS and costs of $1.60 to $10.20 per transaction (although these reached astronomical levels of near $71 in 2021). The difference, however, is that as a smart contract blockchain, Ethereum does not have a “block cost,” or the cost to verify a block of transactions in the blockchain, like Bitcoin and Litecoin. Instead, Ethereum has gas fees, which vary depending on the type of transaction performed – if a transaction requires low computations, then the transaction cost will be low, but if it’s complex and requires high computations, then the gas fee will be higher. This combined with its many DApps enabling low transactions fees through scalability solutions, such as the OMG and MATIC networks, mean that although Litecoin is cheaper, Ethereum may indirectly (through its DApps) take the lead in this category.

The levels of supply, demand, and availability of these cryptocurrencies are key issues affecting their price and trade.

These issues affect an asset’s liquidity, thereby determining how fast trades can go through and subsequently how much the asset is traded. If an asset is very liquid, traders will be more likely to trade with it as there’s an increased likelihood that their order will be filled at the price they see (as opposed to having to wait longer and therefore expose themselves to price volatility and possible losses upon order fulfilment – something also known as slippage). There’s a lot of demand for BTC, LTC, and ETH, meaning that traders are constantly buying and selling these assets. This means that all three have high liquidity – although it must be said that BTC and ETH’s liquidity are higher than LTC’s liquidity.

The supply of each cryptocurrency also affects price, as if there’s a limited amount but a high demand, then the price is more likely to reach higher. Likewise, if there’s a large or unlimited supply, it’s harder for the asset’s value to reach very high. This can be seen with Bitcoin’s max supply of 21 million BTC alongside its high demand from investors and traders alike, as this has meant increased demand for limited supply, and thus growth in value. ETH, meanwhile, has a circulating supply of around 120.5 million but no max supply. This is one of the reasons many believe that its value will never surpass BTC’s. However, it’s not as simple as it appears. Despite there being no max supply, ETH remains a high value token because tokens are mined as needed, thereby holding its value in accordance with demand – a demand which it maintains by being one of the most popular blockchains for building and running DApps. LTC, being that it’s a “light” BTC, does have a max supply of 84 million (exactly 4x BTC’s supply). This is perhaps one of the reasons that it cannot compete with BTC’s value, but it’s certainly not the main reason.

The main reason that LTC’s price is so much lower than BTC’s is that it’s not as popular or as well-known as the “King of Cryptocurrency.” After all, BTC was the first ever cryptocurrency while ETH was the first smart contract blockchain, meaning that anyone who has ever watched the news knows about them. LTC on the other hand, is known by those who have taken an interest and investigated the technology. After all, it’s demand that governs price, and there are many investors who will simply turn to the most well-known coins, and fewer who will turn to smaller but perhaps more efficient coins.

Over the years since crypto’s appearance in 2008, a few key issues have been prevalent. These are the blockchain trilemma (scalability, security, and decentralization) and cryptocurrency’s environmental impact. To solve these issues, many new coins, consensus algorithms, and technologies have been launched. In many ways, this article’s three coins were launched with these issues in mind: What do Litecoin, Bitcoin, and Ethereum Offer For The Future?

Cryptocurrency is here to stay and with that in mind, developers are working to create opportunities – from lowering fees and carbon emissions to increasing compatibility across DApps and blockchains. ETH and BTC are the world’s two largest cryptocurrencies, while LTC is ranked 21st but is frequently in the top 10, so it stands to reason that the crypto community and developers would look to incorporate these. So, what do LTC, BTC, and ETH offer for the future?

BTC, as the world’s first and most popular crypto coin, is being used across platforms as the “stablecoin” of choice – a coin to link different applications without requiring users to continuously exchange their coins. This will mean more convenience in the decentralized finance (DeFi) space, but also will make the industry faster and more efficient, as well as lowering electricity consumption by lowering the number of transactions. However, Bitcoin’s reluctance to move to a greener consensus mechanism (such as proof-of-stake (PoS)) hinders its carbon footprint reduction. Moreover, Bitcoin continues to be slow and expensive due to its congestion and lack of development compared to other coins such as LTC and ETH.

LTC, as a faster and cheaper alternative to BTC, should theoretically have a wider adoption than BTC, however, due to the BTC’s historic wider adoption and popularity, this is not the case. Nonetheless, LTC is still one of the most popular coins on the market, and thanks to its tackling of scalability, is utilized by many crypto enthusiasts. In the future, as cryptocurrency becomes more widely adopted and individuals begin to explore the technology rather than just following the trends, we may see LTC rise at BTC’s expense. If this happens, however, LTC will need to work on moving to a greener mining solution.

ETH is a strong blockchain for developers, and for many it remains the blockchain of choice – especially thanks to those DApps running on the Ethereum network to offer scalability solutions. However, since Ethereum’s launch, many other faster, greener, and cheaper alternatives have launched – such as Solana and the XRPLedger. With the Ethereum network’s popularity, vast network, and strong security, Ethereum remains at the top, however, to stay there it will undoubtedly require the long-awaited upgrade to Ethereum 2.0. Ethereum’s sometimes exponential gas fees and long transaction times are a real turn off for many users and developers, but once these issues have been tackled, there’s no end in sight for what could be built on its network.

At the end of the day, each coin offers a unique value proposition and if you’d like to add any of these to your crypto portfolio in a simple and secure manner, head over here: Buy Bitcoin, Buy Litecoin, Buy Ethereum.