What is the OMG Network: The Payment System of the Future? 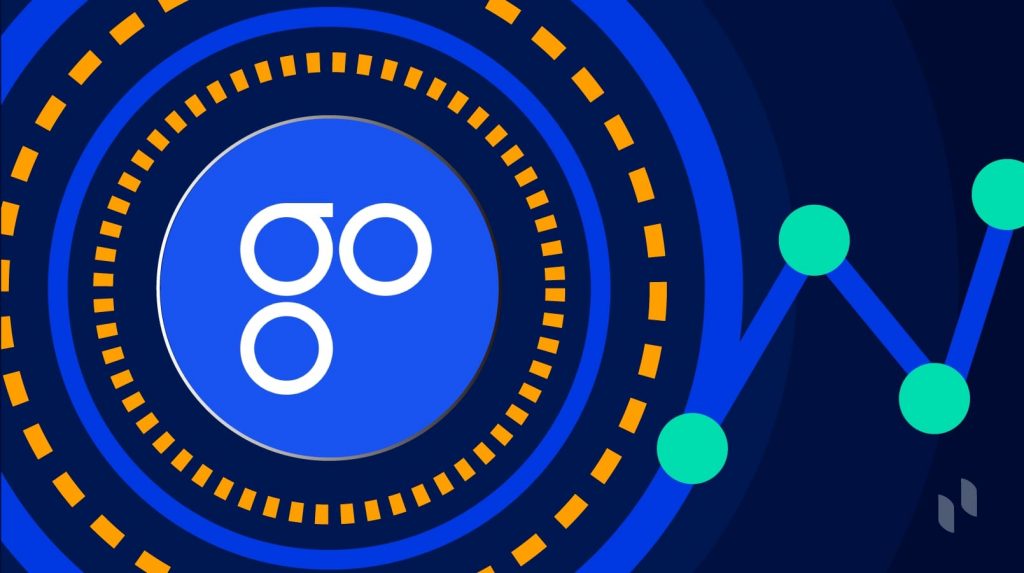 Founded in 2017, the OMG Network is an Ethereum-based platform that aims to provide an accessible, secure, and decentralized financial system. OMG has two parts: a network and a crypto token (OMG). It currently has a circulating supply of 1.4 million and a market cap of just under $1 billion.

What is the OMG Network ?

The OMG Network allows users to exchange cryptocurrency peer-to-peer without using a traditional exchange, such as a bank. OMG aims to “unbank the banked” and to create global financial and banking solutions for everyone. To accomplish this, the OMG Network uses innovative technology that facilitates secure, decentralized, and transparent cryptocurrency payments in a fast and cost-effective manner.

Users can make payments or exchange currency on the OMG Network in two ways. First, by exchanging money from blockchain to blockchain, such as from the Ethereum (ETH) blockchain to the Bitcoin (BTC) blockchain. Second, by making secure cryptocurrency payments to businesses through payment gateways such as Alipay or PayPal

In addition, through its use of revolutionary technology, the OMG Network offers businesses the chance to become users and build with their technology. This opens up new possibilities for future usage of the network.

The OMG Network crypto token works in a similar way to having a stake in a business. The more transactions that are carried out on the OMG Network, the more valuable both the OMG Network (the business) and the OMG token (the stake) are. If the OMG Network grows in popularity, and thus value, holders of OMG tokens will see their wealth increase.

How Did OMG Get Started?

The OMG Network was founded by Thai financial services giant Omise in 2017. Originally called OmiseGo, it was rebranded as OMG in June 2020. Omise’s online payment system was already being used by major players such as McDonald’s and Allianz, as well as Thai banks and governments. Having a powerful brand and vast network enabled the smooth transition towards creating a crypto exchange network, thus driving its popularity skyward.

OMG’s circulating supply has already reached its maximum supply of 140,245,398, and as the network only offers a capped coin supply, no more OMG tokens will ever be mined. In the network’s July 2017 initial coin offering (ICO), 65.1% of those tokens were offered up for sale to investors, raising $25 million. Of the remainder, 5% was distributed in an airdrop as a marketing strategy, and 29.9% was distributed between the founding team and network development and validation. This 29.9% was locked in the network for the first year, but can now also change hands.

Due to the subsequent growth in the network’s popularity, the token became the first Ethereum altcoin to surpass $1 billion in value. Eventually, it became one of the most prominent altcoins on the market.

How Does OMG Work?

The OMG Network is built on the Ethereum blockchain. As one of the most established blockchains in the world, Ethereum relies on a massive number of validating computers, making the OMG Network’s transactions extremely secure. However, Ethereum’s requirement for huge processing power makes transaction speeds relatively low — only 14 to 24 transactions per second (tps). Naturally, this presents challenges to scalability.

To overcome this issue, the OMG Network uses a form of layer-2 Plasma technology, known as “More Viable Plasma” or “MoreVP.” MoreVP streamlines transactions by bundling them together as one and then organizing and confirming them as one on the OMG Network. Following this, the transactions are approved and validated on the Ethereum blockchain, meaning that there is no bypassing of security. This bundling together results in a much faster, streamlined approval of transactions. Not only is more user data processed in less time, but costs are lower because only one transaction fee needs to be paid.

For transaction verification, the OMG Network uses a Proof-of-Stake (PoS) consensus algorithm to avoid resource centralization and to minimize energy consumption. By using the PoS algorithm alongside MoreVP, the OMG Network claims to have reduced its electricity usage by up to 99% compared to using Ethereum alone, cut infrastructure costs by around two-thirds, and increased its transaction speed to 4,000 tps.

These optimizations have made the OMG Network relatively eco-friendly. In addition, having a speed advantage helps the network compete with traditional payment providers such as Visa, which runs at around 1,700 tps.

To ensure user-friendliness, the OMG Network uses a white-label e-wallet. White-label exchange software enables businesses to set up a user platform for their exchange platforms in minutes or days, rather than years. It presents a user-friendly, fully customizable interface that allows the business to get on with its work instead of spending time coding to create the interface. By providing its clients with an easy-to-use interface with a secure wallet, the OMG Network improves crypto exchange accessibility.

All of this combined means that the OMG Network offers a decentralized, secure, easy-to-use service, where businesses can exchange currency peer-to-peer. It’s much faster, cheaper and more accessible than what its traditional competitors offer. 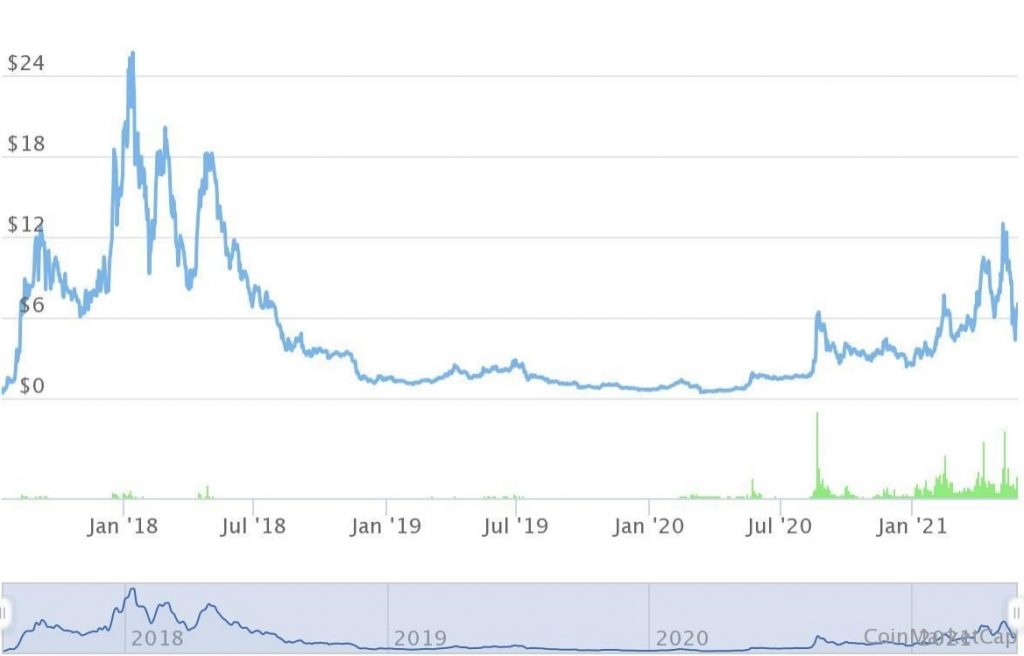 OMG Network price chart for December to May 2021 (Source: CoinMarketCap)

Following a bearish turn in the crypto market from 2018 onward, OMG lost a considerable amount of value, but it did not disappear. Remaining low but stable throughout 2019, and tentatively raising its head during the COVID-19 pandemic, OMG has now started to gather momentum once more. With its vast technological improvements and an increasingly optimistic climate, OMG  surpassed $10 again in April this year.

From a broader perspective, OMG has been rising steadily throughout 2021, starting at $2.50 on January 1 to reaching its highest value of $12.97 on May 6. This movement represents a rise of over 518% in 4 months.

Nevertheless, the price has been a bit volatile lately. In line with the bear market following Elon Musk’s announcement that Tesla would no longer accept Bitcoin, OMG’s value plummeted to $4.33 on May 23. However, OMG’s value started recovering quickly, jumping to a value of $6.24 the very next day. Currently, the OMG Network has a value of $6.86 with a market cap of just under $1 billion. 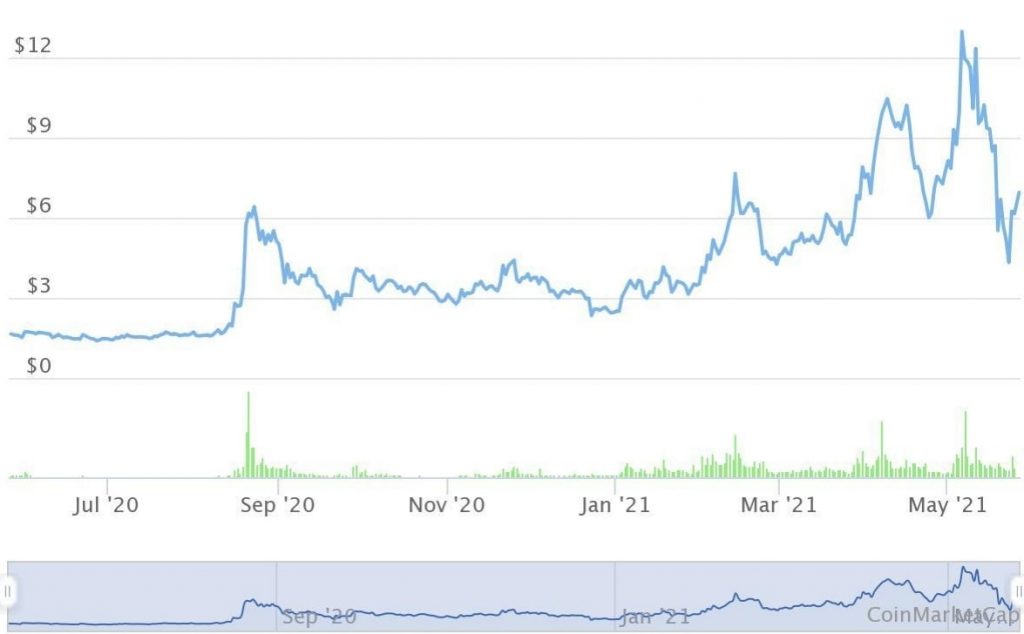 What Is the Future of OMG?

As the crypto market performs well and continues its upward trajectory, businesses will be looking to open up and invest, and OMG is one of many cryptocurrencies that should be on the rise.

However, though the project is continuing at a steady pace, most of its partnerships and applications have been limited to the Asian market. This may indicate that OMG is being propelled more by Omise’s business connections than the ecosystem’s own value.

OMG is currently ranked #85 in the market, and all of OMG’s 140 million tokens are already in circulation, meaning that its value won’t spike due to a rush to buy the last tokens. That being said, with increasing market saturation we can expect many cryptocurrencies to begin disappearing, leaving only the ones with a substantial numbers of users. OMG, with its heavy clout achieved through Omise, and its use of innovative software stands to be one of the winners. Its high-profile clients also embody the excitement regarding the possibilities that its technology offers.

A particular advantage for the OMG Network is that, unlike coins such as Dogecoin (DOGE), it has real-world value. The OMG Network offers businesses a very secure and fast payment system, and appeals to today’s eco-conscious minds, outshining many of its competitors.

Despite the volatility of cryptocurrency, one thing can be said for certain: due to relatively low investment in the OMG Network, compared to BTC or ETH, OMG still has a lot of space to grow and to increase its value. In addition, with its ground-breaking technology and real-world value, it could well become the payment system of the future. If the OMG Network is able to ride out the current challenges and come out fighting, then there is potential for substantial returns on these investments.