Ethereum 2.0 – Everything You Need to Know

Ethereum 2.0 is causing a tremendous amount of excitement in the blockchain and cryptocurrency space. It’s the first major upgrade to the platform since it launched in 2015. So what’s involved, and what does this mean for those who hold ETH or Ethereum-based assets? Here, we round up what’s in store for Ethereum over the coming months and years. 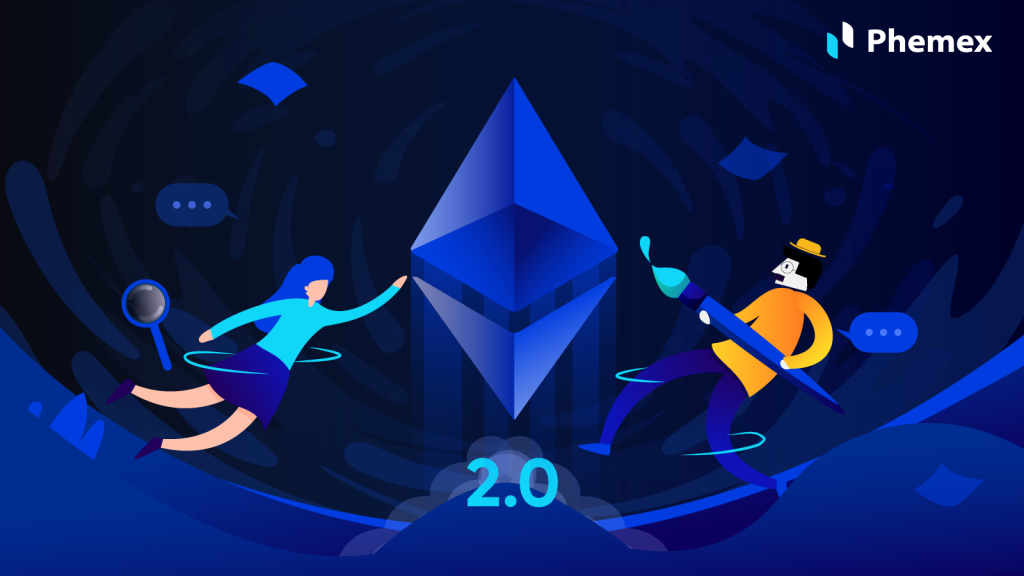 When Ethereum first launched in 2015, it was a seismic movement in the development of blockchain technology. Ethereum offered a significant upgrade on the functionality of existing blockchains such as Bitcoin. Whereas Bitcoin offered a digital currency representing a new way to exchange value between peers, Ethereum introduced smart contracts to the world.

Smart contracts offer a means of enforcing particular terms using code. It works on a variation of “if-this-then-that” logic, with a vending machine as the most common analogy. If you put a coin into a soda vending machine, it will release a can of soda without needing any intermediary or third party.

With ETH, smart contracts are programmed onto the blockchain and used to managed Ethereum-based digital assets. For example, the Maker smart contract will automatically mint DAI when the user deposits enough collateral into a Maker Collateralized Debt Position.

Although other smart contract platforms have launched over the years, Ethereum remains the most popular. According to the decentralized application (dApp) tracking website, State of the Dapps, there are nearly 3,000 Ethereum dApps compared to around 330 on EOS.

However, Ethereum’s popularity over the years has also caused its biggest challenge – a lack of scalability, or the ability to handle high transaction volumes at speed. High traffic is a problem because Ethereum can only process around 15 transactions per second. So when volume is high, the limited throughput creates a backlog.

The problem first became evident at the end of 2017, when the craze for Cryptokitties slowed down the network due to high traffic. More recently, the growing decentralized finance (DeFi) segment has also seen a spike in Ethereum traffic. The gas price chart below reflects these trends. 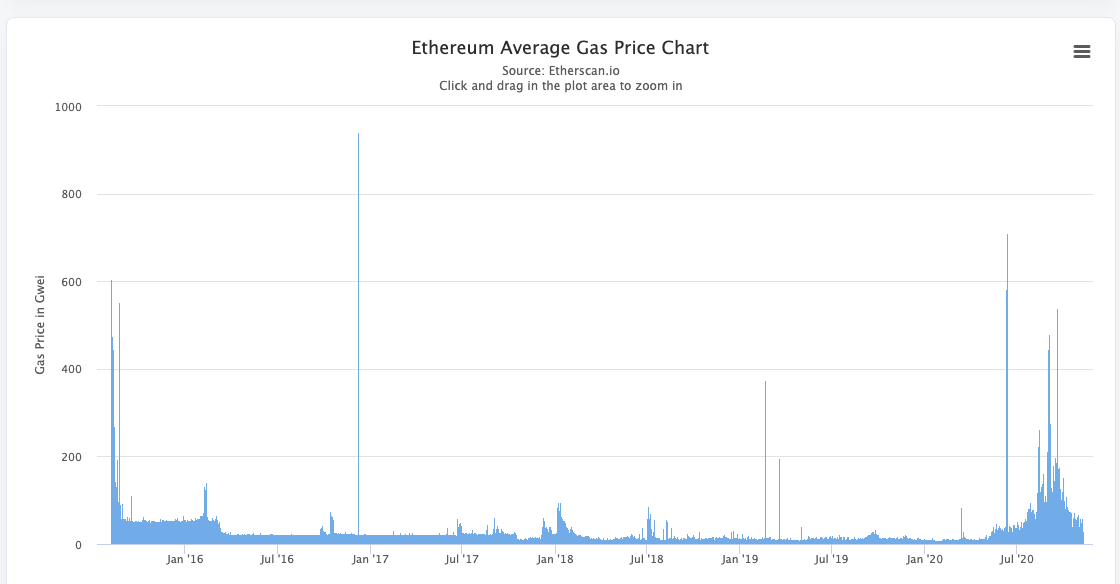 Over the years, Ethereum core development teams have been working on various solutions to the scalability problem. Ethereum 2.0 is the culmination of this work.

One important point to note is that although Ethereum 2.0 is frequently called an upgrade, it actually involves implementing a new blockchain. Therefore, Ethereum 2.0 is due to roll out in stages. Each stage will involve significant changes to Ethereum’s consensus methodology and architecture and will include migration from Ethereum 1.0 to Ethereum 2.0.

Phase 0 and Proof of Stake

Phase 0, the first phase of the Ethereum 2.0 upgrade, is due to launch by the end of 2020. This phase will see the launch of the new Ethereum blockchain’s first iteration, called Beacon chain. It will mark the start of Ethereum’s move from a proof-of-work (PoW) consensus to proof-of-stake (PoS).

In PoW, miners used specialized hardware to expend vast computing power in a competition to mine cryptocurrency as a reward. In proof of stake, miners are replaced with validators. In Ethereum 2.0, validators are required to stake a minimum of 32 ETH for the right to validate blocks, for which they will earn ETH as a reward.

On November 4, 2020, the Ethereum Foundation confirmed that the Beacon Chain’s genesis block could be triggered by December 1, provided that a minimum of 16,384 validators stake the 32 ETH minimum by a deadline of November 24. If the threshold isn’t met, then the genesis will be triggered seven days after the minimum threshold is achieved.

The next phase of Ethereum 2.0 is phase 1, due at some point in 2021. It will introduce sharding to the Beacon chain.

Phase 1 will involve launching 64 shards. However, they won’t be fully functional or support smart contracts until a later phase.

The Ethereum Foundation has said that this shift will be seamless for end users and dApps. This means that you shouldn’t need to do anything with your existing ETH or Ethereum-based assets to accommodate the change, and it will still be easy to buy Ethereum.

In the final phase, shards will become fully functional sub-chains supporting all transaction types and smart contracts. Shards will also be able to communicate with one another.

The ability to process transactions across 64 shards in parallel will significantly enhance Ethereum’s throughput. Vitalik Buterin has estimated that with the Ethereum 2.0 upgrade, the network could scale to around 100,000 transactions per second by the implementation of phase 1.

So what does all this mean for ether prices? It could be too early to tell. However, we’ve seen the value of ETH climb significantly this summer, along with the value of the DeFi markets. This movement indicates that if demand for Ethereum dApps increases correspondingly with the scalability of the platform, the long-term outlook for ether could be bullish.

Furthermore, prices jumped around 18% in the days immediately following the news that the Ethereum Foundation had opened the staking deposits contract.

Whether or not ETH prices continue to climb as the Ethereum 2.0 implementation proceeds remains to be seen. However, it’s safe to say that a scalable platform creates a far brighter long-term outlook for the overall Ethereum ecosystem.