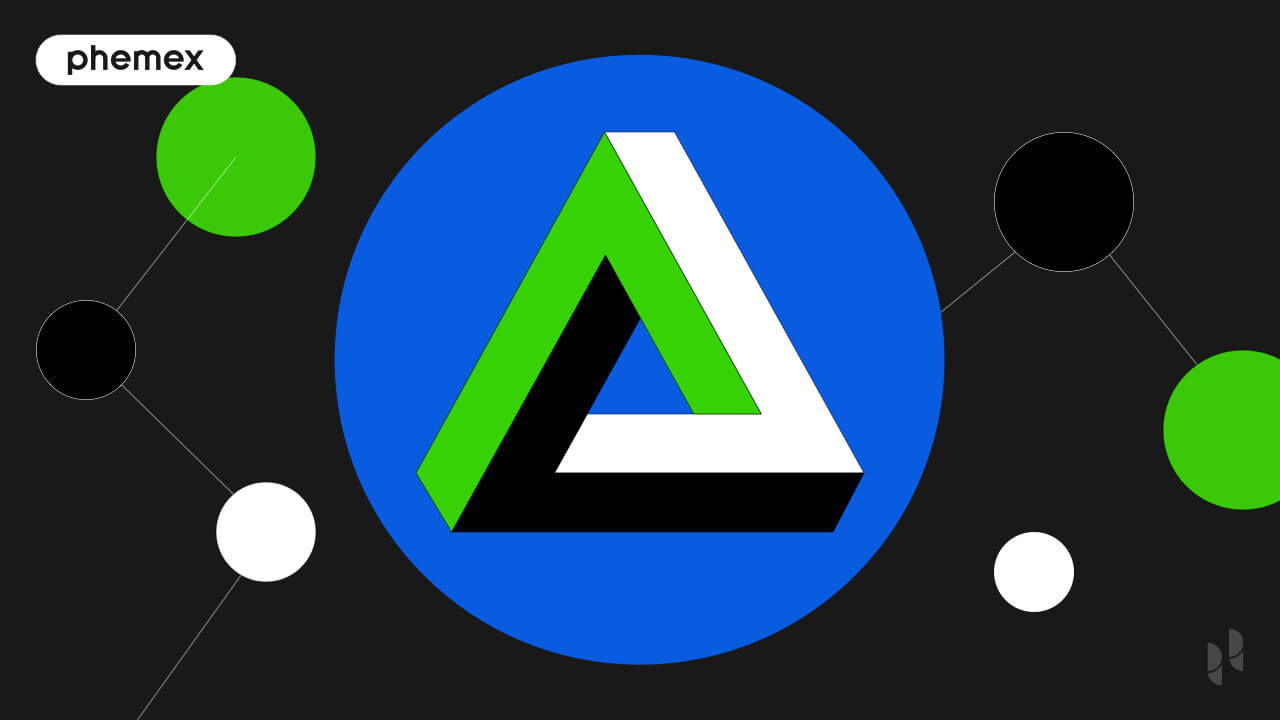 At the most basic level, a blockchain is an open ledger that stores data permanently on a distributed, peer-to-peer (a term synonymous “permissionless”) network of nodes. On the Bitcoin blockchain, this data simply comprises transactions of value from one person to another, like “Party A transferred 0.355 BTC to Party B.”

When Vitalik Buterin, a Russian-Canadian programmer, went on to develop Ethereum, a programmable blockchain with smart contract capabilities, it enabled blockchain technology to be used for not just the transfer of value but a whole host of other functions typically offered by banks, such as saving, lending, borrowing, trading and investing.

But in order to fully compete with existing financial systems, the blockchain has to be able to support mass adoption–and both the Bitcoin and Ethereum blockchains, which run on a Proof-of-Work consensus mechanism, are not scalable–they simply do not have the capacity to handle a high volume of transactions.

What Is The Blockchain Trilemma?

The blockchain trilemma is the challenge developers face when trying to achieve decentralization, security and scalability in a blockchain. It’s a stubborn problem because increasing scalability usually means more streamlining, which in turn means greater centralization and greater security risk.

To an outsider, most blockchains can appear to possess all three qualities. Yet if we dive-deep into the individual cryptocurrencies, we find that the vast majority only have two or three of these characteristics. For example, Bitcoin (BTC) is decentralized and secure, but it’s not very scalable, at least not on its own.

Efforts to develop a blockchain that achieves all these three qualities usually boil down to the biggest debate in the industry at the moment–is Proof-of-Work (mining) better than Proof-of-Stake (staking)?

Vitalik Buterin and the Blockchain Trilemma

Vitalik Buterin, the founder of Ethereum, coined the term back in 2014 when he was developing Ethereum and blogging about blockchain architecture. The blockchain trilemma Buterin originated can in fact be compared to the CAP theory invented by computer scientists in the early 80s. According to the CAP (Consistency, Availability, and Tolerance) theory, a decentralized ledger must be consistent, have uptime, and tolerate stress testing.

According to him, Ethereum was designed to be the ideal blockchain, solving all three core aspects of the trilemma. Despite this, the Ethereum network reached peak congestion during the 2020 DeFi mania when over 300,000+ ERC-20 coins were launched on the network and non-fungible tokens (NFTs) put a severe strain on the network. This caused gas fees to skyrocket to historic levels.

Various competitors rushed in to meet the gap created by Ethereum’s scalability issues. Emerging L1 chains promised higher scalability and lower fees with the same features as Ethereum – prompting the so-called “Layer 1 Wars”. However, Ethereum has plans to solve its scalability issues by moving to Ethereum 2.0, a fully Proof-of-Stake version of Ethereum. In fact, most of the crypto industry is working on overcoming similar issues.

For example, Bitcoin developers are working on scalability issues and developing off-chain processing solutions such as the Liquid Network. Yet other projects are learning from these two giants and propelling development with the benefit of hindsight.

1 What Is Decentralization In Crypto?

Decentralization is arguably the most important promise of cryptocurrency. A decentralized crypto is a ledger without a central authority. If a person transacts via a bank, they are operating through a centralized system that can approve or deny their transaction.

In the Bitcoin whitepaper, Satoshi Nakamoto (the inventor of Bitcoin), stated that Bitcoin is fully “trustless” – meaning there no trust is required in a central authority or a third party in order to transact on the Bitcoin network. As such, nodes can’t reject a payment as long as the transaction is valid i.e. the user has the funds.

A blockchain project can sacrifice decentralization and still function. For example, Ripple (XRP) is among the top 10 largest cryptos by market cap, but the XRP ledger was designed for banks and is among the most centralized. The US Securities and Commission Exchange (SEC) stated that it will go after ‘centralized’ crypto and XRP, causing a mass-delisting among exchanges.

The consensus is that the more decentralized a crypto project, the better, as there is no subjective human judgment, biases and weaknesses involved. The crypto community is currently split in a major debate between two main consensus mechanisms:

The PoW model, used by Bitcoin and some other cryptos, is considered more decentralized because the network can’t be taken down unless a mining pool possesses more than 51% of the hash rate. Even if a mining pool reached close to 50%, new miners would emerge and start ‘hash wars’, further decentralizing the network. The downside is the large energy consumption–Bitcoin alone consumes as much electricity as the country of Switzerland on an annual basis.

The PoS (staking) model is considered more centralized because the coins are pre-mined at the genesis and a percentage is often owned by venture capitalists, angel investors and project associates.

Vitalik Buterin argued that the PoS model can be more secure because a hostile actor would have to purchase more than 51% of the network, which would amount to $70 billion based on Ethereum’s market cap at the time of writing. He rationalized Hence it would be easier to take down a PoW chain than a PoS chain.

2 What Is Security In Crypto?

Security is the guarantee of user safety on the blockchain. If a blockchain is insecure, it can become subject to billion-dollar hacks and cause innocent users to lose funds. Blockchain developers have struggled with security issues since the early days of Bitcoin.

Security issues arise from bugs in the code, and most crypto projects do a good job at filtering security bugs, even if they lack decentralization and scalability. The vast majority of hacks that make the news today occur on layer-2 DApps on Ethereum and other DeFi-powered chains.

Historically, the largest blockchains have been a target for hacks. In fact, in August 2010, when Bitcoin was trading at $0.06, a hacker exploited a bug in Bitcoin’s code to create 184 billion Bitcoin. The bug was quickly resolved by Satoshi Nakamoto himself.

Ethereum was a target during the “DAO hack” – one of the most iconic hacks in crypto history. Back in 2016, a hacker found vulnerabilities in the Ethereum code and used them to transfer 3.5 million ETH ($150 million at the time) from the ICO sale. Ethereum founders had no choice but to hard-fork the network and retrieve the funds.

Blockchains are still vulnerable to security hacks, but less so as the projects mature.

3 What Is Scalability In Crypto?

Visa and MasterCard, the networks powering the global retail network offer 5,000-10,000 TPS with fees ranging between 1-1.5% per transaction. The newer-generation blockchains such as Solana (SOL) and Kadena (KDA) offer TPS above 10,000 with much lower fees.

By migrating to PoS, blockchains have largely overcome the scalability issues of the older-generation blockchains. Validators can swiftly process thousands of transactions per second using the staking model. Ethereum currently has 14 TPS, but will scale up to 100,000 TPS by moving to PoS in Ethereum 2.0.

Bitcoin’s scalability on-chain remains unsolved, as OG developers have refused to hard-fork the network and make adjustments to the core consensus. The Bitcoin network can only process 4-5 TPS on-chain, while off-chain scaling solutions such as Lightning Network and Liquid Network can process up to one million transactions. The downside is that these layer-2 settlement solutions are highly centralized.

How Do Blockchains Solve The Crypto Trilemma?

There are many possible solutions to the crypto trilemma, the most notable being sharding/rollups, side chains, layer-2, and random delegation.

There are no projects that as of now fully solve the blockchain trilemma; with each approach None were designed with that promise in mind (except Ethereum, which ultimately became a victim of its own success).

The blockchain trilemma in addressing decentralization, scalability, and security is one of the most critical obstacles that needs to be solved in order for blockchain technology to gain mainstream adoption. The blockchains of today are capable of supporting a large user base, but they still struggle with security issues and there are massive debates about decentralization, especially the merits of Proof-of-Work and Proof-of-Stake. At the same time, the industry is still in its infancy, and while the road ahead is still long, it cannot be denied that significant strides have already been made.