What is a Sidechain: The Most Versatile Layer 2 Solution?

Main blockchains (mainchains), such as the Bitcoin (BTC) and Ethereum (ETH) blockchains, process a huge amount of information to store, process, and validate transactions in a secure manner. This process requires many different aspects and is very data-heavy, which means that as more information needs to be managed, it becomes congested and thus slower.

Many blockchains work at about 7-15 transactions per second (tps), compared to Visa’s 100,000 tps — and this looks to become slower as the blockchains become more clogged-up, as is currently happening to Ethereum (ETH).

To solve this, new systems are being created on the blockchains to speed up the process and improve scalability. However, in employing these new systems, blockchains risk becoming less secure to outside attack. To address this issue, developers have come up with various layer 2 scaling solutions. 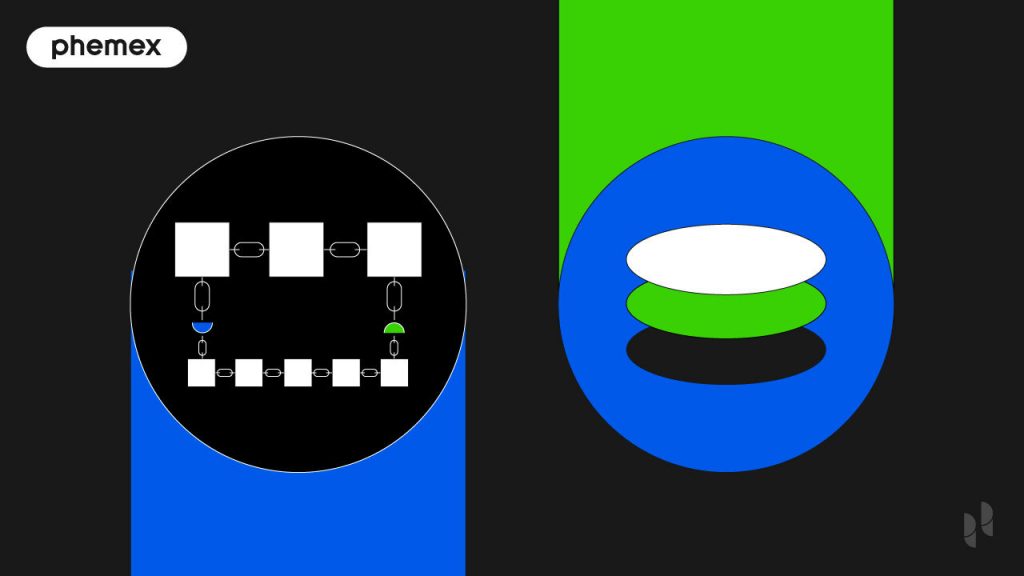 What is a Layer 2 Solution?

What is a Sidechain?

Sidechains are a permanent solution to blockchain scalability. They are smaller blockchains that work separately but alongside the mainchain to add functionality and increase efficiency. One thing to note is that despite them being independent blockchains, they cannot operate without their parent chains (the mainchain). Mainchains, on the other hand, can work without sidechains.

Sidechains are quite complex, having their own validators or miners, and even having their own consensus algorithms, such as proof-of-stake (PoS) or proof-of-work (PoW). This means that once established, they can be quite difficult to change. By having their own infrastructure, however, the sidechains remain separate from the main blockchain and can therefore ensure the mainchain’s security. This is important since sidechains tend to be more centralized than mainchains. However, trading a little security for extra speed can be okay so long as it’s kept separate from the main blockchain. Moreover, the information that is outsourced to the sidechain can be selected to maintain blockchain security, with the most sensitive information remaining on the mainchain.

How is a Sidechain Structured?

Sidechains work like small, independent blockchains. What differentiates them from the mainchains is that they tend to be smaller, faster, and more centralized. Their main job is processing and validating data for the mainchain or adding functionality, such as running smart contracts for blockchains that are unable to do that, like Bitcoin. To do this, they communicate with the mainchain in the following ways:

By using a sidechain to process transactions and verify data, the mainchain’s scalability improves and transactions can be processed faster. For this reason, users will often move their coins to the sidechain in order to complete tasks or run smart contracts faster, after which they will return them to the mainchain.

An Example of a Sidechain: Bitcoin 2.0 Release and The Rootstock (RSK) Sidechain

Bitcoin 2.0 refers to the expanding of the Bitcoin protocol beyond its capacities via sidechains. BTC is considered the king of cryptocurrency and the most stable of the stablecoins. However, the Bitcoin protocol is slow and cannot support many other functions. By adding sidechains to its protocol, it can improve scalability, efficiency, and add new functionalities.

RSK essentially adds an Ethereum-like layer to the Bitcoin protocol. BTC is first locked in the Bitcoin protocol, and then minted via its own two-way peg, known as the Bitcoin bridge, into sidechain coins — in this case RSK versions of BTC. These RSK versions of BTC can then be used for building and executing smart contracts. This process is all overseen by the RSK federation, which is formed of 25 of the biggest blockchain exchanges on the net. Through this, Bitcoin can improve its offering and scalability, while maintaining security and not compromising its own blockchain.

The main difference between sidechains and most other layer 2 solutions is that while sidechains are their own blockchains, connected to the mainchain, most layer 2 solutions are built as an extension of the mainchains themselves and therefore rely on their security structure. They layer on top of the main blockchain, neither completely separate, nor completely integrated, to provide a faster, cheaper service with mainnet-level security.

Both options are great ways to improve scalability, but they differ substantially. A sidechain can offer more functionality than most layer 2 solutions, as for example, RSK can enable the Bitcoin protocol to build DApps using smart contracts.

However, by often being more centralized than other layer 2 solutions, as well as having its own security features, such as consensus algorithms and validator nodes or miners, it could be considered less secure. Moreover, though sidechains offer a huge advantage to users by providing a faster and more efficient service, they can often have high fees when transferring assets from the mainchain to the sidechain. Additionally, the presence of a federation makes some users uneasy and adds to the possibility of not being able to transfer one’s assets back from the sidechain to the mainchain.