What is The Ethereum Merge: A $200 Billion Blockbuster Upgrade What Does ETH Merge Mean and Why Is It Important?

The Ethereum (ETH) Merge is the most anticipated upgrade in the history of blockchain, where the world’s second largest crypto with a market cap of $200 billion will essentially reinvent itself from a Proof-of-Work to Proof-of-Stake blockchain.

It is important on three counts:

According to the Ethereum Foundation, it represents the joining or “merging” of the existing execution layer of Ethereum with its new proof-of-stake consensus layer, the Beacon Chain.

A visual representation of the merging of  two parallel blockchains—one being the consensus layer (responsible for the validating staking nodes) and the other being the execution layer (where transactions are currently executed). (Source: Ethereum.org)

In order to understand the magnitude of the transition, here is an analogy used by the Ethereum Foundation.

“Imagine Ethereum is a spaceship that isn’t quite ready for an interstellar voyage. With the Beacon Chain, the community has built a new engine and a hardened hull. After significant testing, it’s almost time to hot-swap the new engine for the old mid-flight. This will merge the new, more efficient engine into the existing ship, ready to put in some serious lightyears and take on the universe,” says the Foundation.

And in case you need a visualization: Image by Christopher Keough from Pixabay

In short, the Merge is where Ethereum will change how new blocks are produced. Instead of making power-hungry ASIC mining computers spend huge amounts of electricity to solve hard cryptographic puzzles in order to validate transactions (the way Bitcoin does it, miners–now called validators–just need to deposit a bunch of ether tokens with the network (32 ETH to be exact) in order to stand a chance to be called to verify the next block and earn rewards (Proof-of-Stake).

How does Proof-of-Work differ from Proof of Stake?

What Will Happen After Ethereum Merge?

The ultimate Ethereum vision is greater scalability, security, and sustainability. Here are the biggest changes that will take place after the Merge: 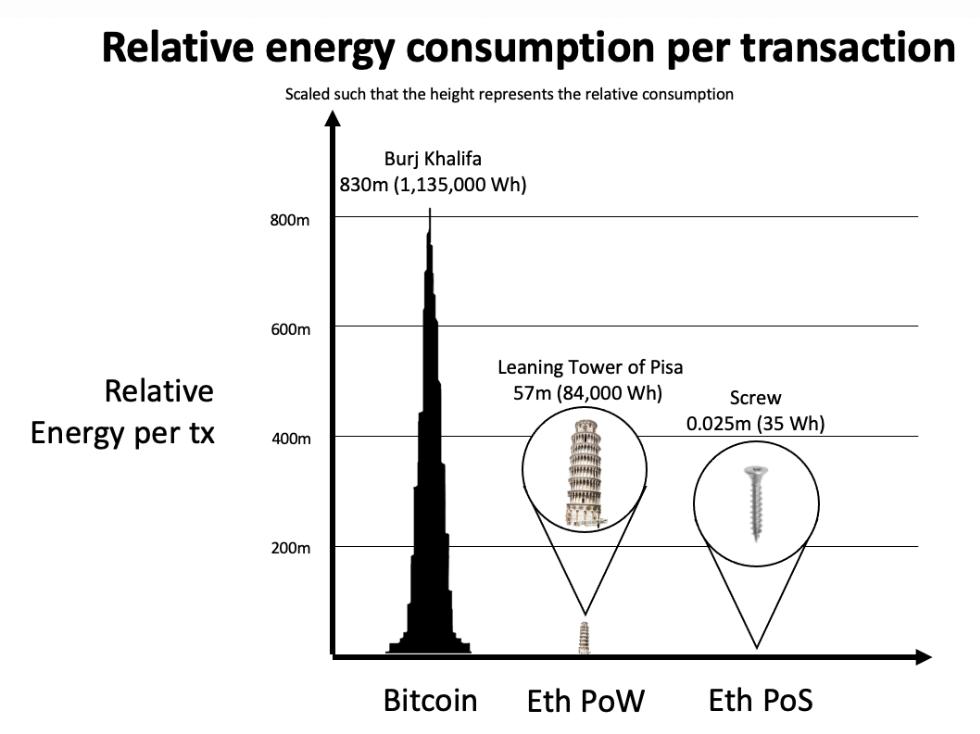 A visual comparison of Ethereum’s reduction in energy consumption thanks to The Merge. (Source: blog.ethereum.org)

When Is The Ethereum Merge?

The ETH Merge is a project that has been seven years in the making, and is slated to take place on 15 September 2022. Here is the timeline:

How Will ETH Merge Affect Price?

While the price of ETH has gone up by more than 50%–from about $1,200 in July to around $2,000 in mid August, it has dipped to around $1,500 just two weeks away from the big event. For price to appreciate, the new PoS Ethereum needs to attract more demand.

Three facts to keep in mind when assessing any price predictions:

Most of all, post Merge ETH price performance will depend heavily on two key factors: macro outlook (which unfortunately is looking gloomier by the day), and industry response i.e. how companies building their DApps on Ethereum and Layer 2’s supplementing its ecosystem adapt to the changes.

In other words, it may be more meaningful to keep a closer eye on how key projects are integrating with the upgraded Ethereum than to focus on price predictions from analysts because at the end of the day, these are just opinions.

What Happens to My Ethereum after The Merge?

Nothing. If you are an ETH holder, you do not need to do anything. This is because the entire history of Ethereum since genesis will be replicated to the new proof-of-stake environment, and your coins will be automatically transferred over.

During the Merge, however, you want to be vigilant–scammers and bad actors will be out in full force to capitalize on this event, so here are a few things to NOT do:

ETH vs ETHS vs ETHW: What Should ETH Holders Do If There Is A Fork?

A hard fork happens when a blockchain community disagrees about a particular change to take–in this case, a switch from PoW to PoS–and will essentially become two separate blockchains that are incompatible with one another.

The most well-known example of a hard fork was when Bitcoin split into two separate chains: Bitcoin (BTC), and a new one, Bitcoin Cash (BCH). While BTC has since gone on to chart new highs, BCH is still active with a significant market cap of about $2 billion.

This is why some established crypto exchanges including Phemex have launched trading for both ETHW and ETHS on their trading platforms as representations of the forked tokens, to give ETH holders a choice between:

For Phemex, this will be done through what is called an ETH Swap. Note: The keyword here is “established crypto exchange.” Be extra vigilant against scams as explained above. Click here for step-by-step instructions as well as further details and terms on performing the Phemex ETH Swap. 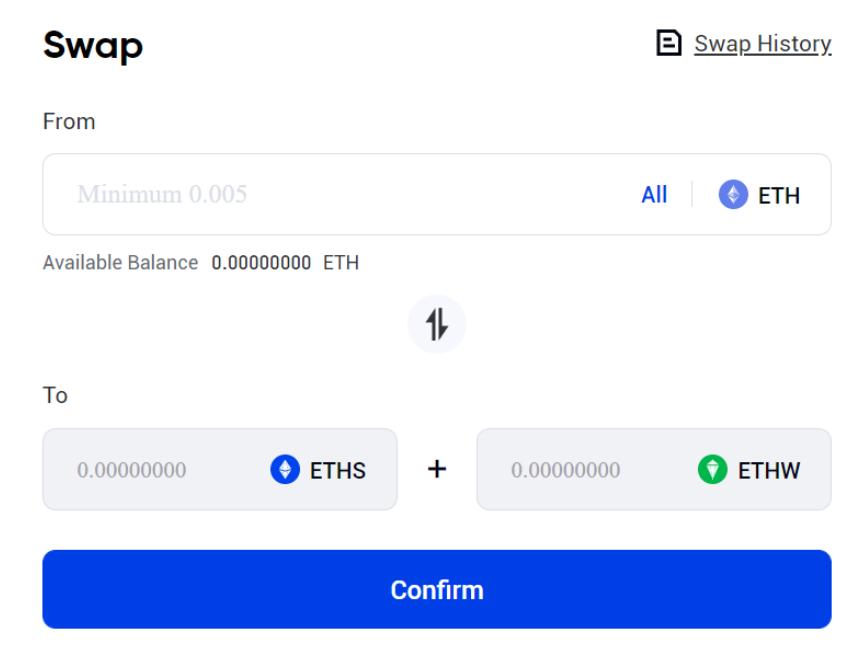 ETH Swap to ETHS and ETHW on Phemex

The Ethereum Merge is such an important event that it would not be an exaggeration to call it a make-or-break moment  for the DeFi sector especially, given how many DApps are built on it and how much money is locked up in the entire network. With the level of coverage and anticipation surrounding it as the Ethereum Merge date is getting closer, one thing’s for sure–this is not your typical crypto winter.