ISO 20022 for Crypto: Are Cryptos ISO-Compliant and Can Be Used by Banks?

ISO (International Organization for Standardization) is a non-governmental global organization based in Geneva, Switzerland. ISO develops international standards for industrial, commercial, and proprietary use. If an ISO standard is established, virtually all financial institutions in the world adopt it. An ISO code for Bitcoin (BTC) could facilitate global mainstream adoption more than any other action.

ISO has largely ignored cryptos until the last few years, when CDBCs (Central Bank Digital Currencies) started gaining momentum. Currently, financial institutions rely on the ISO 4217 standard to identify currencies for global transactions. For example, the US Dollar is assigned the code “USD” in this standard.

Given the lack of ISO codes in the crypto world, cryptos currently use unofficial ISO codes, such as “XBT” for Bitcoin. However, in the new “ISO 20022” standard, cryptos could be assigned ISO codes if they are compliant with ISO 20022. This could lead to adoption by centralized banks and enable cross-border crypto payments through centralized financial institutions. 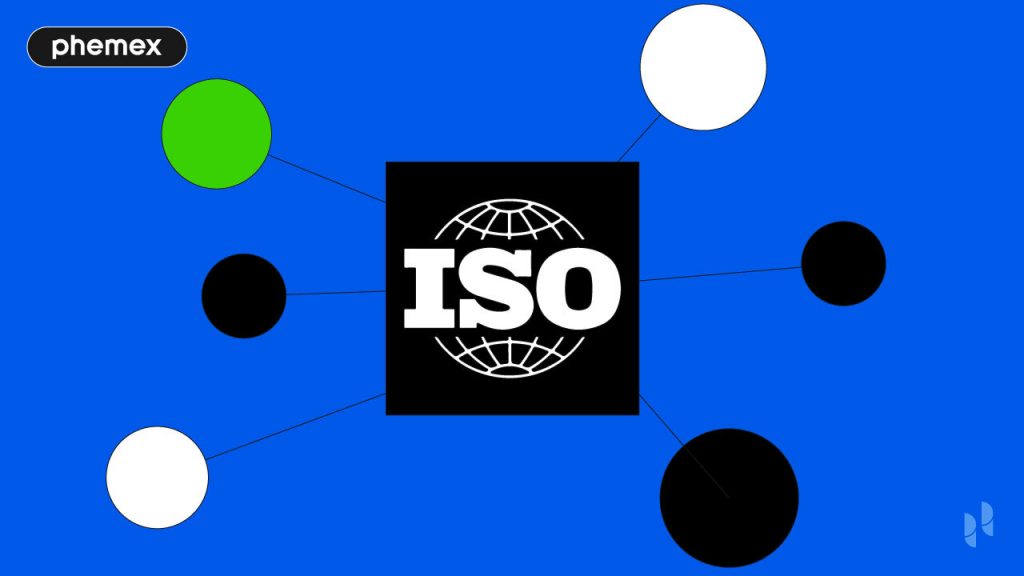 What Purposes Do ISO Standards Serve?

Through its standards, ISO aims to promote international trade and protect end users by ensuring the products being made are safe and of acceptable quality.

To date, ISO has set over 20,000 standards, and continuously updates them by releasing technical reports, analyses, and publications. ISO’s catalog of standards includes 97 fields, covering healthcare, agriculture, engineering, shipping, weaponry, metallurgy, and more. The global financial industry is one of the many industries for which ISO sets standards.

In some cases, the term “ISO” is used to describe products that were built according to a certain standard. For instance, the ISO 4210 standard is used for bicycles. If a merchant wanted to import a bicycle into the US, the manufacturer would have to classify it using the ISO code or risk rejection at a shipping port.

A crypto that complies with the ISO 20022 standard could be approved by a centralized bank that enables crypto payments. ISO standardized crypto identifiers are going to change the way crypto is used. If ISO issues an official code for a crypto, such as Bitcoin or Ether (ETH), that crypto will enter the database tables of top financial services like Visa and MasterCard.

What is the ISO 4217 Currency Identifier Standard?

ISO defines standards for fiat currencies under ISO 4217. This 4217 standard has been used for global bank payments and stock markets since 1978, when it was first codified. According to the standard, each currency is represented by three letters: “USD” for US Dollars, “EUR” for Euros, and so on. This facilitates international transactions and decreases the risk of errors.

If a bank user transfers another bank user $500 USD, they would automatically be using standards decided by the ISO 4217 currency code list that defines the US Dollar as “USD.” Aside from currency codes, ISO also assigns International Securities Identification Number (ISIN) codes to securities including stocks, bonds, and derivatives. 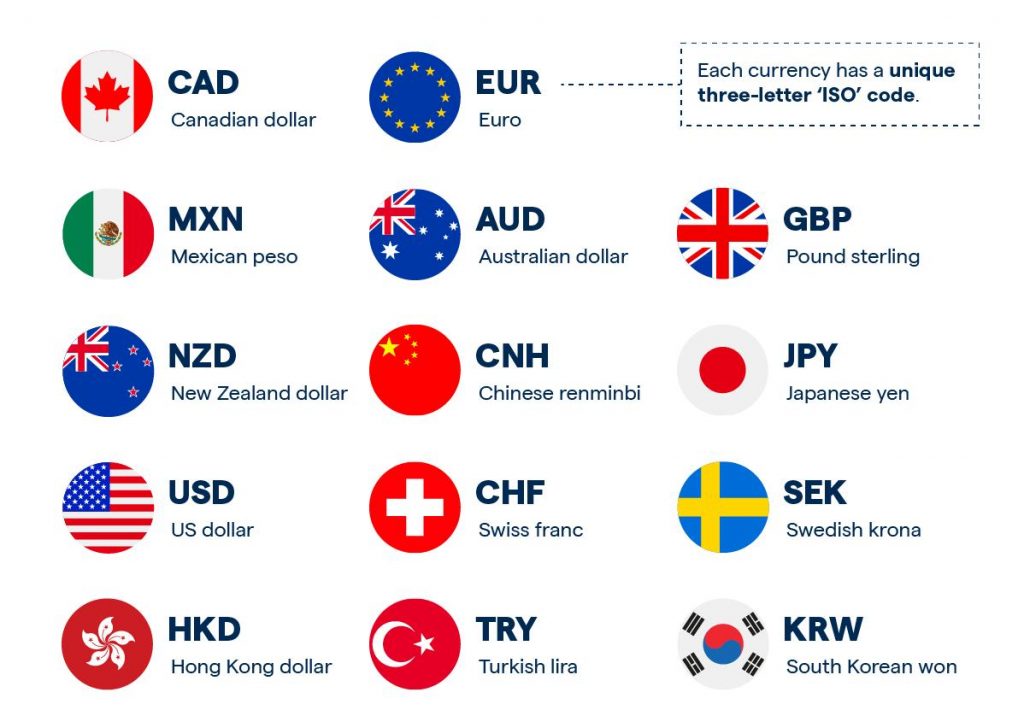 The existing code definition method raises issues for crypto codification, because many crypto codes conflict with existing country codes. For example, consider “XBT,” the unofficial ISO code for Bitcoin. The “X” denotes that no country is associated with the asset — similar to the codes for gold (XAU) and silver (XAG). But the “BT” representing “Bitcoin” presents a conflict because it already officially stands for Bhutan in ISO 4217.

The following chart shows some ways in which crypto codes could clash with current ISO 4217 currency identifiers:

For cryptos to be classified as legitimate currencies by ISO, they have to both comply with new standards in global financial systems and have an ISO code that doesn’t conflict with existing codes.

What Are Digital Token Identifiers (DTIs)?

Digital Token Identifiers (DTIs) are identifier numbers or symbols that represent digital currencies. The main problem with transacting in digital currencies is that they don’t have identifiers that banks can use to differentiate token transactions. For example, a bank program could easily tell the difference between “USD” and “AUD,” but this is more difficult for “Bitcoin” and “Bitcoin Cash.”

In 2016, ISO concluded that the ISO 4217 standard could not assign official currency codes to cryptocurrencies. Instead, the solution would be a new category of codes to help identify digital currencies, called digital token identifiers.

In September 2021, ISO released the digital token identifier standard, ISO 24165-1:2021. This standard allows token creators to assign fixed-length identifiers for their tokens and register them with the ISO database. These codes will be standardized and deployed to financial institutions worldwide, allowing them to manage digital tokens on behalf of their clients.

Cryptos that update their blockchains to comply with this new ISO standard will likely appreciate in price if they are chosen for payments by banks.

The new ISO 200222 standard will be used for global payment systems, message exchanges (messaging formats), trading, and other activities. It defines changes such as encoding data in XLM format and new digital token identifiers. It was developed by the “Registration Management Group,” which comprises 37 of the world’s largest financial players, including Ripple (XRP). Ripple’s vice president claims that Ripple already complies with ISO 20022 and together with RippleNet will be the first crypto company that is ready for the new global financial standard.

SWIFT, the global messaging network that banks use to send funds internationally, will be entirely updated to ISO 20022 near the start of 2023. Its original format will no longer be used at all by 2025.

Bank payments around the world, whether they’re made in JPY at the Bank of Japan, or EUR in Deutsche Bank, will follow the same payment protocol. This opens up an opportunity for cryptos that are compatible with the new standard to be included in the update.

What Would Make a Crypto ISO-Compliant?

The 20022 ISO update could give certain cryptos the advantage of being ISO-compliant and chosen by banks for crypto payments. While the blockchain community often criticizes centralized bank services as slow and outdated, this update could signal they’re ready for change.

To be compliant, a crypto blockchain would have to fulfill all the SWIFT communication requirements, including the ability to pass customer data on the blockchain. This will increase safety for customers using centralized banks to send decentralized crypto.

So far, the only two compatible cryptos are Ripple’s XRP (XRP) and Stellar Lumens (XLM). It’s  rumored that cryptos like MIOTA (IOTA) and Algorand (ALGO) are also compliant. However, Ripple is the only crypto player that’s officially part of the ISO 20022 management group.

Here is the full list of cryptocurrencies that are ISO 20022 compliant:

What qualifies Ripple to be a member of this group along with such major players as Visa and MasterCard? Ripple is currently the second-largest fintech company in the United States, only falling behind Stripe. Ripple’s crypto, XRP as well as Stellar Lumens’ crypto XLM (both created by Jed McCaleb) are both designed to move money at a very fast speed and very low cost. The average XRP transaction (tps) settles in three seconds, compared to 45 minutes for Bitcoin.

ISO is an organization that aims to set international standards in all spheres of production, encouraging trade and implanting safety standards across the globe. This organization sets the standards for financial institutions and has the power to impact the mainstream adoption of crypto.

ISO has developed currency codes for fiat currencies under ISO 4217, but cryptos are not officially classified and use unofficial ISO codes. In the future, cryptos will use DTIs (digital token identifiers) such as “XBT” for Bitcoin when they are chosen for payments by commercial banks.

Over the next few years, financial institutions will begin switching over to the ISO 20022 standard for communication, after which they will officially be able to use crypto for payments. Currently, Ripple is the only crypto company to comply with the new standards and serve as a member of the ISO 20022 management group. Other cryptos that become ISO compliant will benefit greatly.