Bitcoin Price Prediction: Will It Ever Go Higher Than $20,000?

Bitcoin has been incredibly volatile since it was first created, and its price has fluctuated wildly. In general, however, Bitcoin has seen substantial growth in both its price and its popularity as an investment asset.

Over the past few years, especially, Bitcoin has become increasingly mainstream, with a growing number of institutional investors adding it to their portfolios. While there is no guarantee that this trend will continue, it does suggest that Bitcoin could maintain or even grow its position as a top investment asset in the future.

Here are what some of the most outspoken enthusiasts say in response to the most common questions about its future price performance. 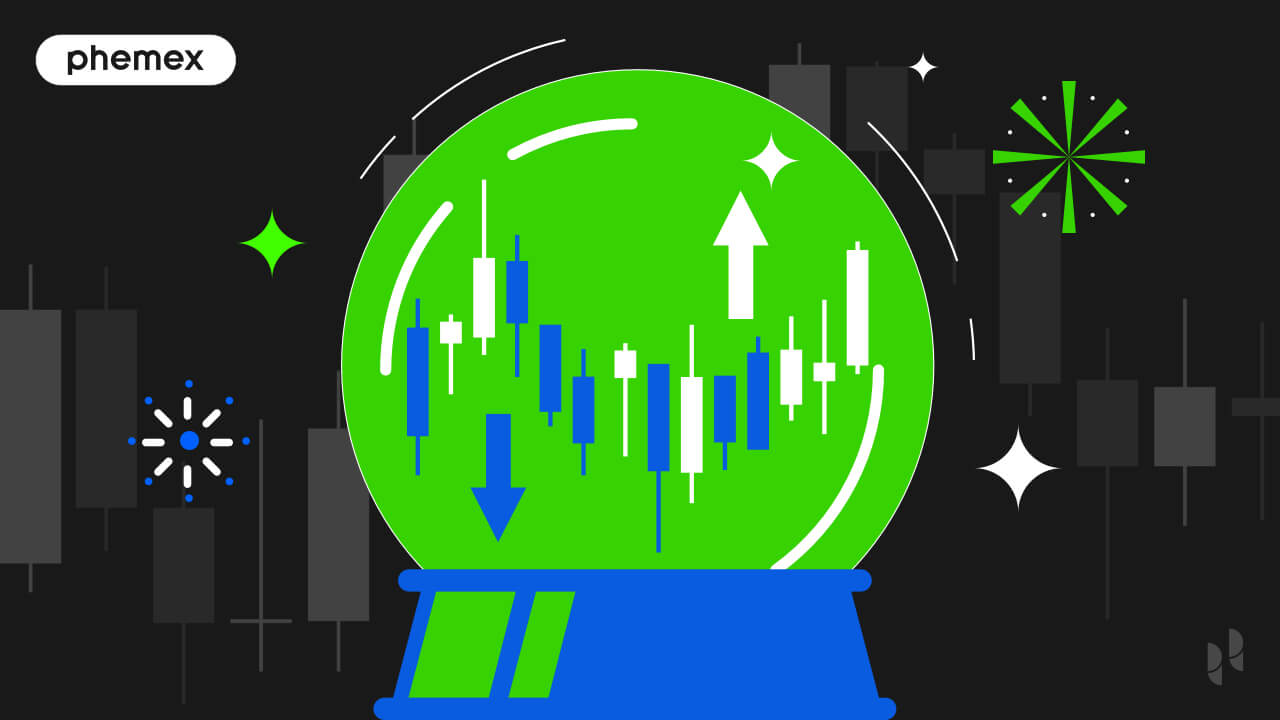 With both crypto and global financial markets correcting significantly in 2022 due to growing inflation and geopolitical uncertainty, Bitcoin has lost about 70% of its $69,000 valuation from November 2021.

In an August 2022 interview, billionaire hedge fund manager Michael Novogratz, who several years ago made some pretty accurate predictions about Bitcoin’s price, said 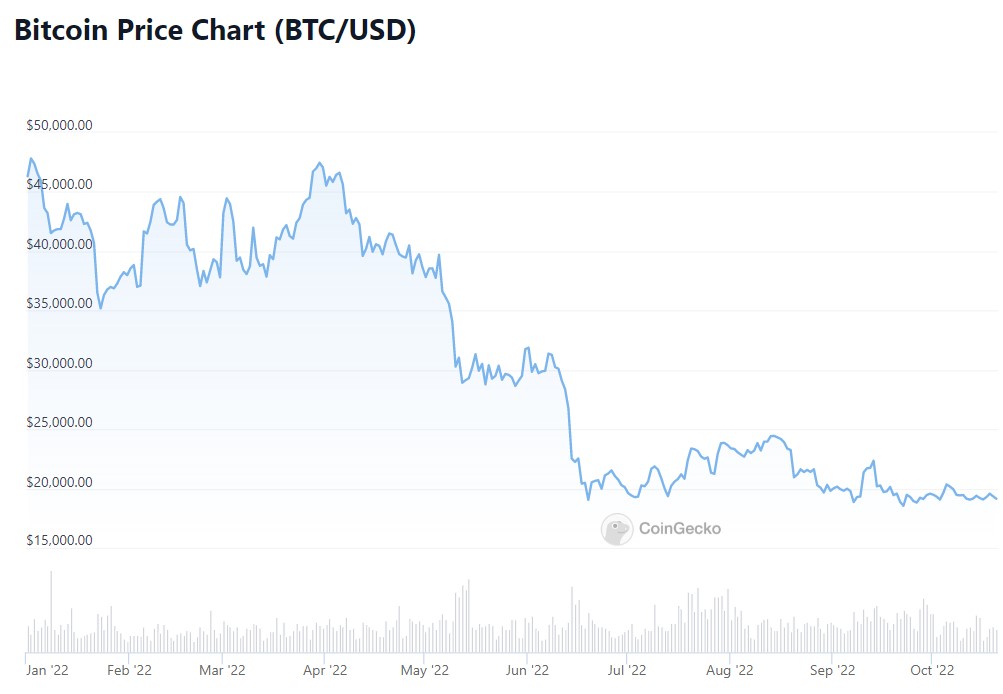 What is the Bitcoin Price Prediction for 2023?

Factoring in the likely scenario of further US interest rate hikes (there has been five so far this year), many predict that Bitcoin’s price will sink even lower than the $20,000 range it has been hanging out at for pretty much of the past four months.

In an interview with Stansberry Research, well-respected technical trader Gareth Soloway and president of InTheMoneyStocks.com said,

At the other extreme, there are others like Tone Vays, another prominent cryptocurrency and derivatives trader, who said that Bitcoin will hit $100K in 2023 during a Kitco interview in October 2022.

“Everyone will stop laughing at El Salvador,” he said in reference to the first country in the world to start using Bitcoin as legal tender in 2021 (with BTC having lost 70% since the start of the year, the country’s president Nayib Bukele has been under pressure from the IMF and World Bank to reverse the decision.)

LongForecast, which specializes in the long-term forecasting of financial markets. is bullish on BTC’s 2025 price target, expecting its value to continue its long-term upward trajectory.

By early 2025 LongForecast expects a single BTC to be worth somewhere between $68,000-88,000. This would represent well over a three-fold price increase from its current valuation of $20,000.

However, it sees the price spike in early 2025 followed by a sell-off which would see BTC return to below $50,000 by the end of the year.

The author of the stock-to-flow model, Plan B, is convinced that Bitcoin’s price will surpass $200,000 by 2025, as the rate of new supply of Bitcoin falls even more with each halving.

Bitcoin Stock-to-Flow Model: Does it Work?

Ark Invest, an investment management firm that has made well-rewarded bets in the technology sector, has predicted that Bitcoin will reach $1 million by 2030. Its CEO Cathie Woods expects that in the next five years, it will probably go to $500,000. She has also been quoted as saying that if she could only own just one crypto, it would be Bitcoin because countries are now accepting it as legal tender.

Echoing her optimism is Michael Saylor, chairman of software company MicroStrategy, who said at MarketWatch’s Best New Ideas in Money in September 2022 that Bitcoin could return to its $68,990 peak “sometime in the next four years” and hit $500,000 in the next decade. 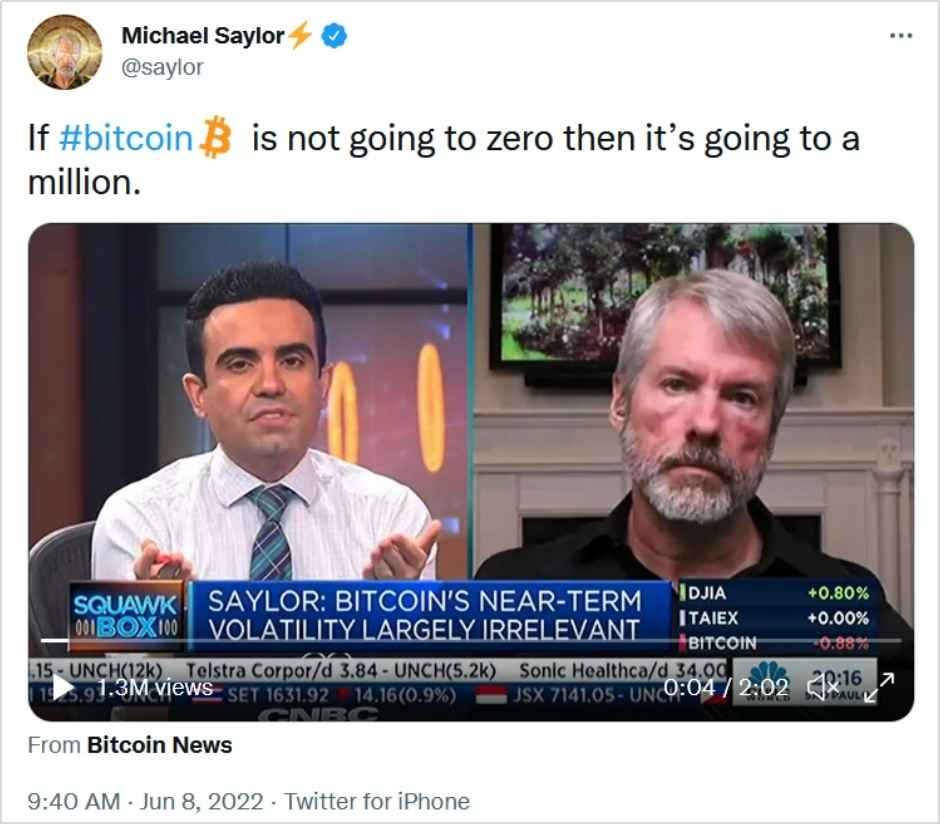 Many of such bullish price predictions are based on the view that Bitcoin will wrestle market share from gold, given that Bitcoin, commonly referred to as “digital gold,” is designed for the digital economy.

According to David Mercer, CEO of LMAX Group which owns the institutional crypto exchange LMAX Digital, crypto as an asset class (which is worth just under $1 trillion as of October 2022) will overtake gold (worth $10 – $12 trillion) within the decade.

A note of caution: trade responsibly, and never based on price predictions from any single source.

What Is Bitcoin Rainbow Chart: So Easy A Child Can Read It – Phemex Academy

In 2013, the afore-mentioned Michael Novogratz predicted that Bitcoin would reach $10,000 in 3-4 years. And he was right on the money, as Bitcoin hit that price mark in 2017.

In 2014, Tim Draper, a well-known venture capitalist, said that Bitcoin would reach $10,000 in just three years. Again, he was right on the money, as Bitcoin hit that price mark in 2017.

In 2015, John McAfee – the founder of McAfee antivirus software – predicted that Bitcoin would reach $1 million by 2020. While that may seem like a stretch, stranger things have happened in the world of cryptocurrency.

So, there you have it – three predictions that have come true so far. Who knows what the future holds for Bitcoin? One thing is for sure, though – this digital currency is here to stay. 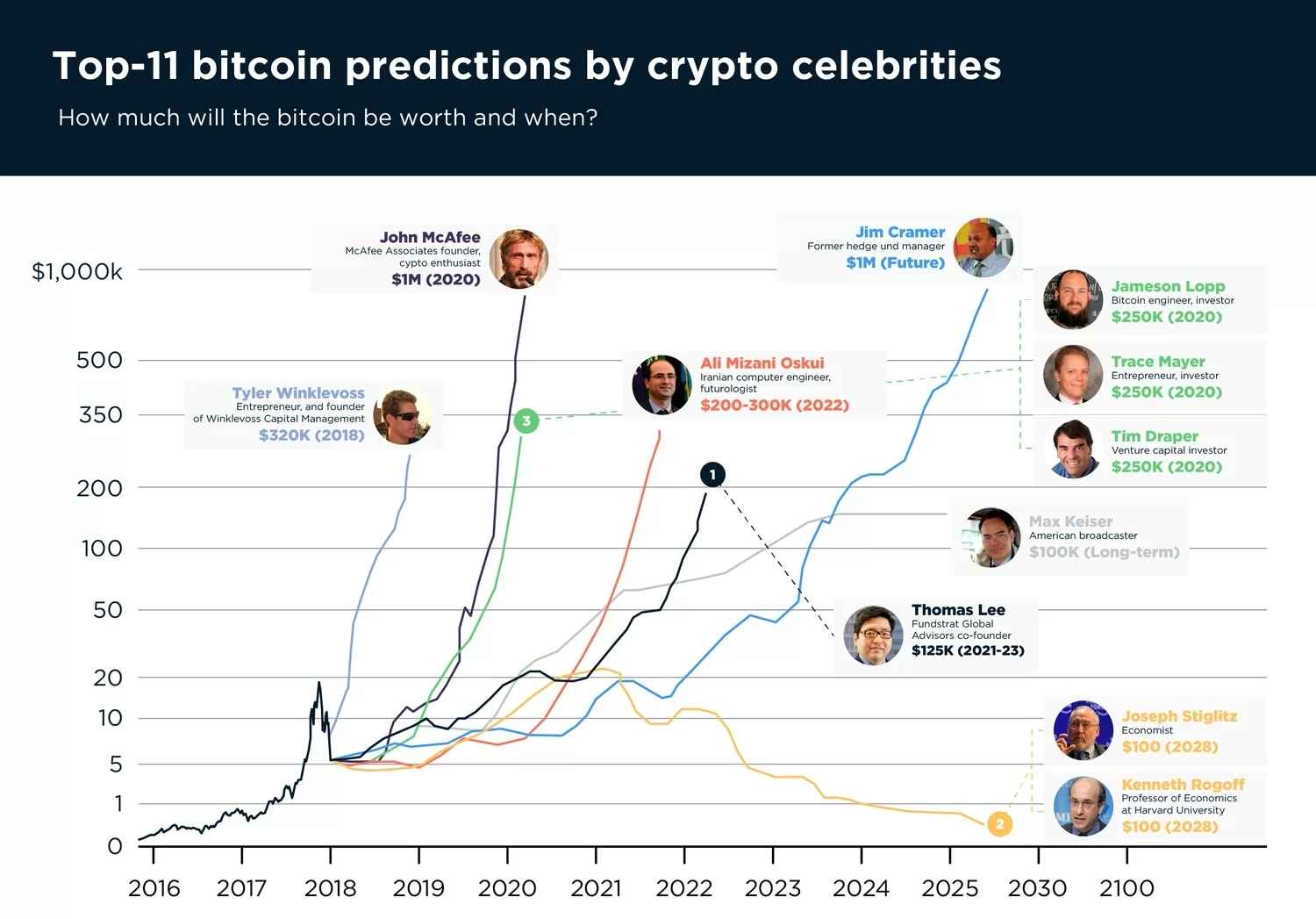 3 Biggest Factors that Will Drive Bitcoin Price Up

2 biggest factors that will drive Bitcoin price down

Will Bitcoin go back down to $10K?

Against a highly pessimistic outlook on the global economy as various countries grapple with record-high inflation rates, there is a possibility that Bitcoin will fall even further from its current price of $19,000 to $10,000.

This was according to Bloomberg’s Markets Live Weekly Pulse survey–60% of the 950 investors polled feel that the world’s biggest crypto will more likely tumble to $10,000 instead of rallying back to $30,000 anytime soon.

Is it too late to buy Bitcoin?

Interestingly, this was the question many people were also asking in 2017, when Bitcoin hit a new peak of over $17,000 in December. Little did they know that it would chart a new all-time high of $69,000 in November 2021.

According to YCharts, Bitcoin has made a 20,000,000% return for its early investors since 2011. If you’re hoping to achieve such gains, the answer to the question, “Is it too late to buy Bitcoin?” is probably yes.

If you have spare cash for investment i.e. money you can afford to lose:

What Can You Earn if You Invest $100 in Bitcoin Today?

Is Bitcoin a safe long-term investment?

Even with the current price correction back to the 20K range, Bitcoin is still the best-performing asset class in the world over the past decade, higher than the stock markets.

Having said that, Bitcoin is still a maturing asset with only 13 years’ of price history.

If you have a low risk tolerance, you may wish to consider investing only a small percentage of your funds into crypto, so that you limit your downside risk.

Bitcoin’s price has been correctly predicted by as many people as it has been wrongly predicted. Even those who once correctly called its price at some point in the past have gotten it wrong subsequently.

Prediction markets, on the other hand, harnesses the wisdom of crowds in deciding on the outcome of a particular event. It is a platform where people bet on binary outcomes such as:

The premise is that people make more accurate forecasts when they have money on the line, and in addition to that, the combination of multiple, independent judgments is often more accurate than an expert’s individual judgment.

While there isn’t a specific technical indicator that can predict Bitcoin’s price, the Stock-to-Flow chart by the earlier-quoted Plan B has been widely quoted as a reliable forecasting tool. The chart maps prices to the supply schedule of Bitcoin.

The Logarithmic Growth Curves live chart, which uses previous price history analysis to make Bitcoin price forecasts, is another chart some traders use.