Michael Saylor is without a doubt the world’s leading voice on Bitcoin. Therefore, it’s important to listen carefully to what he says as his statements carry significant weight and meaning. We at Phemex gain plenty of inspiration from the Bitcoin legend himself. Here are Michael Saylor’s top 10 Bitcoin quotes for October. 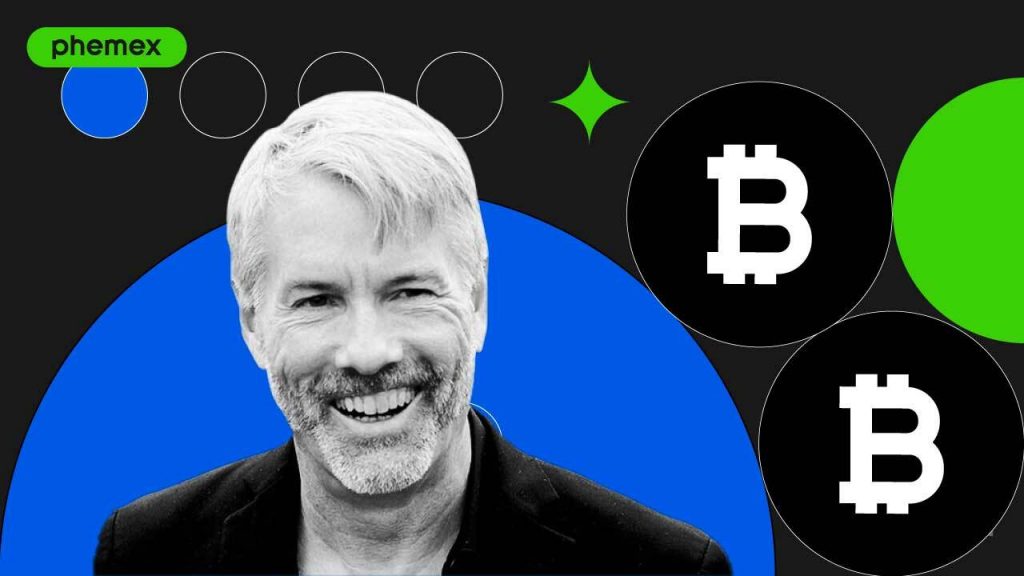 10. “In the presence of rampant inflation, cash & credit become crumbling liabilities. Convert your balance sheet to #bitcoin to turn liabilities into assets.”

Breakdown: Saylor is pointing to inflation, the most heated topic of debate within US economic policymaking circles. Inflation, along with suppressed demand and fractured supply chains, has hampered the global economic recovery. US inflation, which generally averages 2% is currently at 5.4%. The most hard-hit sectors that are feeling this inflationary pressure are used cars and trucks, beef steaks, bacon, and lodging. Most importantly, US inflation has been one of the major catalysts for the post-pandemic Bitcoin and cryptocurrency bull runs, and it doesn’t appear to be slowing down.

9. “In retrospect, it was inevitable that banks would embrace #bitcoin.”

Analysis: In crypto’s early days, Wall Street giants like JPMorgan Chase and Goldman Sachs were exploring ways to not only control Bitcoin but to discourage its adoption. In fact, Jamie Dimon, the CEO of JPMorgan Chase, has said Bitcoin is “worthless” and he has called it a “fraud.” However, it’s obvious that his statements have not slowed down the asset. In fact, the opposite is occurring, Bitcoin’s price has recovered from July 2021 lows and bank adoption is rising.

For example, Bank of America is the leading patent holder in the digital payment technology space, with COO Thomas Montag showing interest in cryptos as well. On October 5th, US Bank announced that it would offer cryptocurrency custody services to money managers. Lastly, Goldman Sachs is giving hedge fund clients crypto-related research from data firm The Block. These are just a few examples showing how banks are embracing Bitcoin and cryptocurrencies, but there are many others as well.

Takeaway: There are over 100 million crypto users worldwide, and in the United States 64% of American adults are “crypto-curious” and 14% of all Americans own crypto right now. Therefore, interest is certainly rising. However, Google search data from 2020 shows that consumers from Africa and Latin America made up eight of the top 10 countries with the most interest in Bitcoin. This means interest in Bitcoin in the “the West” still lags behind.

What Saylor is saying here is, despite there not being more interest in Bitcoin, Bitcoin still has an innate interest in seeking greater adoption. After all, it has the purpose of being a better functioning peer-to-peer version of electronic cash (that is immune to inflation), and with a capped supply of 21 million tokens, it has room for more buyers. Thus, when economic crises hit like the current one now, Bitcoin is slowly creeping up in the back of people’s minds.

7. “#Bitcoin is breaking out from other cryptos due to regulatory expectations, making it the clear choice for institutional investors seeking digital property as a store of value.”

Reaction: Regulatory headwinds were one of the main factors driving increased uncertainty in the cryptocurrency markets this year, especially from the United States and China. However, after the cryptocurrency market crash that occurred this summer following China’s crackdown, prices began recovering in August and September. Moreover, supposed rumors that the US government was clamping down on cryptos turned out to be much less severe than anticipated. Thus, prices have begun consolidating, and Bitcoin is holding steady above $60,000.

5. “The implicit endorsement of Bitcoin by major banks and regulators is going to accelerate the collapse of #Gold and the rise of #Bitcoin as the preferred safe-haven store of value for both institutional and retail investors.”

Lesson learned: The main takeaway here is that gold as a store of value is being challenged by Bitcoin. Many institutional and retail investors alike are increasingly hyping up the thesis that Bitcoin is an equivalent if not better store of value than gold. This is reflected in the price of gold, which has stagnated over the past 10 years.

4. “Only invest what you can’t afford to lose. #Bitcoin”

Philosophy: This quote is directed at the investment rule: “only invest what you CAN afford to lose.” But by investing in what you can afford to lose, which is a safe bet, many investors have only invested small amounts of money. As a result, they have missed out on the incredible investment opportunity that Bitcoin is. For example, Michael Saylor’s company MicroStrategy in July 2020 announced that they were going to explore purchasing Bitcoin instead of holding cash, a monumental and insanely risky decision. Then, the following month MicroStrategy used $250 million from its cash stockpile to purchase 21,454 Bitcoin. MicroStrategy now owns over 90,500 Bitcoin. Many said that Saylor’s decisions were ridiculous and criticized him for supposedly turning MicroStrategy into a Bitcoin investment firm. However, at the end of the day, Saylor realized that he couldn’t afford to lose the opportunity to not buy Bitcoin. Hence, “only invest what you can’t afford to lose.”

3. “There will never be more than 21 million #bitcoin”

Fact: This one is straightforward, but also extremely important. Right now there are 18.8 million BTC in circulation, and there will only ever be 21 million Bitcoin in existence. As a result, the supply is fixed. This makes Bitcoin a deflationary-like asset, which is also critical for value retainment.

2. “Trading #Bitcoin is like trading Apple, Amazon, Google, or Facebook a decade ago. The more you obsess over timing the market, the more mistakes you make. They were all technology networks that were dominant & destined to grow. The best strategy is to buy bitcoin and wait.”

HODL: This is an ode to the long-term believers, and also a shoutout to GameKyuubi, the inventor of the term HODL, who came to the conclusion that trying to time the market was a losing bet. Michael Saylor is absolutely right, those that got in on Bitcoin early have made lots of money. For example, US investors profited $4.1 billion in realized gains in 2020. But still, the best strategy for Bitcoin is to buy and wait.

1. “The halls of eternity echo with the cries of those who sold their #bitcoin.”

#Laszlo: Long-term holders of Bitcoin are people who purchase and HOLD Bitcoin for longer than 155 days. As you can imagine, this is an extremely difficult thing to do i.e., to have diamond hands in times of market strife. This quote is what haunts Laszlo Hanyecz, the infamous man who sold 10,000 Bitcoin for two Papa John’s pizzas. However, he is not alone. There are millions of day traders reacting on the market: “buy the rumor, sell the news.” And when the market crashes as it did in May/June 2021, many of those day traders sold. Right now, those people are the ones crying.