Bitcoin v.s Gold: Is Bitcoin Worth More Than Gold?

The first contention that needs to be addressed right out the gate regarding the Bitcoin vs. gold debate is the reason for the comparison itself.

Why is suddenly everyone comparing a precious metal—a physical commodity with a digital asset? How did these two assets even come to belong in the same category?

While there are some very stark and apparent differences between the two, the reality is that Bitcoin and gold are more similar than many would initially presume. The main reason investors are often comparing the two is that many consider both assets bearer instruments and sound money. Theoretically, they’re both competing on the same playing field.

On the other hand, sound money is any currency that retains its purchasing power long-term and isn’t under any government’s or central bank’s direct control. Historically, sound money has always been associated with commodity money. As civilizations progressed, humans have consistently opted for gold, silver, and other precious metals to use as sound money because of their superior intrinsic properties. These resources were naturally more scarce and very costly to forge and reproduce. 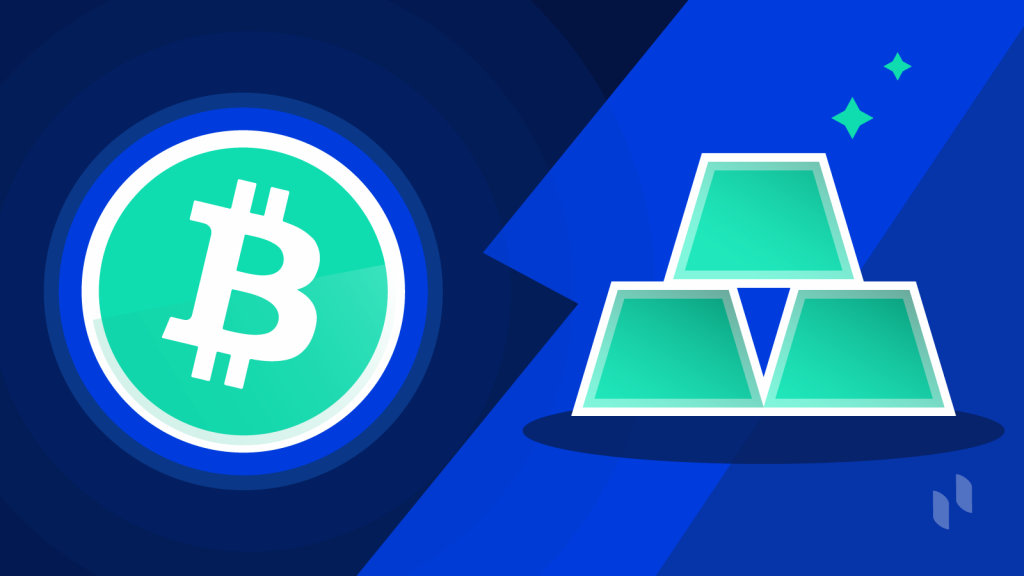 With that said, sound money isn’t necessarily associated with the physical form of an asset but rather its practical attributes. Whether digital or physical, if an asset possesses all the functions of money, holds its value over long periods, is costly to forge or reproduce, and isn’t under any direct government control, it can be argued that it maintains the qualities of sound money.

For hundreds of years, gold was the sound money of choice, and for good reasons. However, today there’s a new kid on the block—a top contender. Though Bitcoin has only been around for slightly over a decade, it’s already establishing itself as a superior digital successor to gold.

But is this really the case? Is Bitcoin really Gold 2.0? When it comes to Bitcoin’s and gold’s soundness as money, how do they compare?

While money has taken many forms through the ages, it has consistently served three primary functions: store of value, unit of account, and a medium of exchange. Assets that can’t satisfactorily fulfill these functions cannot be truly considered money at all.

A Medium of Exchange

Functioning as a medium of exchange means acting as an intermediary between buyers and sellers. Instead of bartering or exchanging goods and services directly, money becomes the primary instrument that facilitates transactions. However, to qualify as a suitable medium of exchange, the instrument in question must be widely accepted as means of payment across different markets.

As a unit of account, money is the ruler by which we measure other assets’ relative value. It acts as a common denominator — an accounting tool that dramatically simplifies the calculation of trade-offs necessary for everyday commerce.

A Store of Value

The third essential function of money is that of a store of value. This means that money must be an instrument that can be saved, retrieved, and exchanged in the future without any significant deterioration of its value.

When comparing gold and Bitcoin to fiat currencies across all three dimensions, fiat currencies come on top in two of the three. They’re widely accepted as a medium of exchange and are more stable or less volatile (excluding extreme cases of hyperinflation), making them far better units of account than Bitcoin or gold. On the other hand, fiat currencies are a terrible store of value as they are neither scarce nor costly or challenging to create. Governments can virtually print them at will.

Let’s put Bitcoin and gold head to head to see how they compare in each category:

To summarize, Bitcoin is superior as money to gold in almost every aspect. The only thing gold has going for it at the moment is its long history as the most reliable store of value asset to date.

One of the most frequently repeated arguments for gold is that, unlike Bitcoin, gold is intrinsically valuable because it’s a physical asset with actual utility. Without delving too deep into economic theories of value, this argument would be much stronger if gold was actually used for anything other than jewelry or specific components. Only 7.5% of the circulating gold is used for industrial purposes. As for the remainder, 50% is used for jewelry, 30% is bought as investments, and banks accumulate 15% as reserves.

This data heavily weakens the argument for gold’s utility. It’s primary usage, jewelry, is unable to make a strong case as there are much better materials employable for this purpose. In terms of aesthetics, gold’s visual properties are easily replicable through alternative substances. Similarly, in terms of practicality or durability, stainless steel stands as a far superior option. Considering jewelry’s deeper socio-economic purpose also leads to the undermining of this argument. At its core, the possession of jewelry is essentially a flex — a display of wealth. In other words, gold does not derive its value from its usage as jewelry, but rather people use gold as jewelry because of a pre-existing consensus that gold already has value.

When it comes to its industrial uses, the argument does have some merit. Nevertheless, it’s both disingenuous and fallacious to attribute gold’s current value to a factor that only accounts for 7.5% of its use case. The reality is that the lion’s share of gold’s price derives from the speculative nature of its purpose as a stable store of value and hedge against inflation. In this sense, it is virtually indistinguishable from Bitcoin, and its inherent utility is mostly negligible.

How Does It All Fit Into An Investment Portfolio?

In terms of investing, Bitcoin and gold are entirely different beasts.

Should I Invest in Gold or Bitcoin

While both have recently been forced into the same inflation hedge/safe-heaven asset category, they couldn’t be further apart from a practical investment standpoint.

The first noticeable difference is that gold is generally considered a more conservative investment or a risk-off asset, while Bitcoin still behaves like a typical risk-on asset. This is unsurprising as Bitcoin is a novel technology, barely 11 years old. Gold, on the other hand, has served as money and a store of value for millennia. Consequently, Bitcoin’s market capitalization is ~6% of gold’s, which translates to significantly more volatility, lower liquidity, and higher exposure to outside shocks such as exchange hacks and disruptive regulations.

With all this said, this doesn’t necessarily mean that gold is a better or a safer investment than Bitcoin.

According to a research paper published in the Journal Risk and Financial Management, equally diversified benchmark portfolios — consisting of US equities, US bonds, US real estate, EAFE equities — that substituted gold for Bitcoin achieved the highest risk-adjusted returns.

Bitcoin has a bad reputation amongst some—generally older and more conservative investors because of its novelty. It is an asset that goes against the grain and, over the years, has seen several 50-80% pullbacks. Now, whether that kind of volatility is something you can stomach or not, you must decide. However, in terms of historical performance, Bitcoin remains the best performing asset of the decade by a long shot.