As Bitcoin and Ethereum broke their all-time highs, April has consistently proved it is a strong month for cryptocurrencies. These two have also had a big impact on the rest of the market as most altcoins broke their previous ATH. Let’s review a few of the notable events that occurred in April. 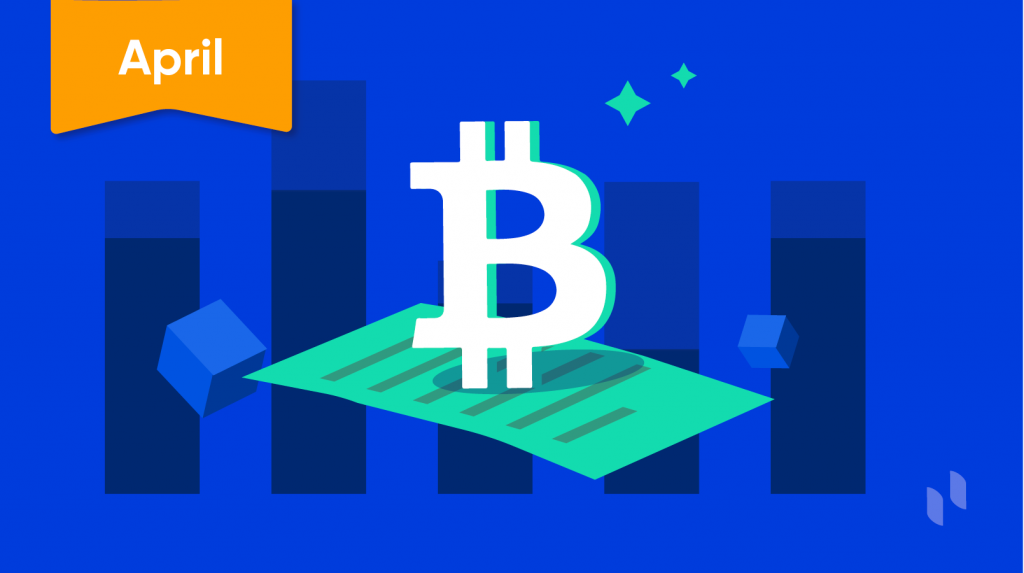 Bitcoin broke the resistance of $60,000 and recorded a fresh high of $64,482 on April 14 as investors awaited the highly-anticipated Coinbase market debut. 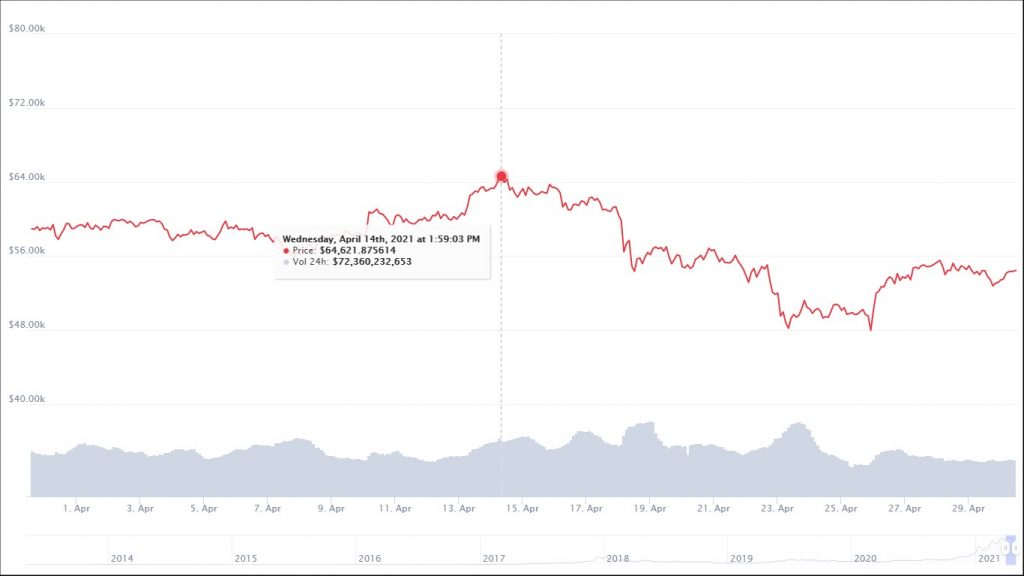 The world’s first cryptocurrency kept swinging between the price range of $60k to $62k before succumbing to an unexplained swoon. Over half a trillion dollars wiped out of the crypto market, while BTC lost $15,884 before recouping some of its losses. The sharp price drop seemed to have been triggered by Tesla selling some of its Bitcoin holdings to test its market value and an unconfirmed Twitter rumor that the SEC is going to crack down on money launderers involving crypto.

Ethereum on a Roll as EIB Announces to Launch Digital Bonds

Ethereum proved its stoicism again as it broke its previous highs on April 3, and continued its price rally throughout the month. The sharp price rise can be partly attributed to Canada approving ETH ETFs, which was seen as a major step towards adopting digital assets on a larger scale. However, the recent news regarding the European Investment Bank launching a digital bond on the Ethereum network further pushed ETH to touch the $2,700 price mark. 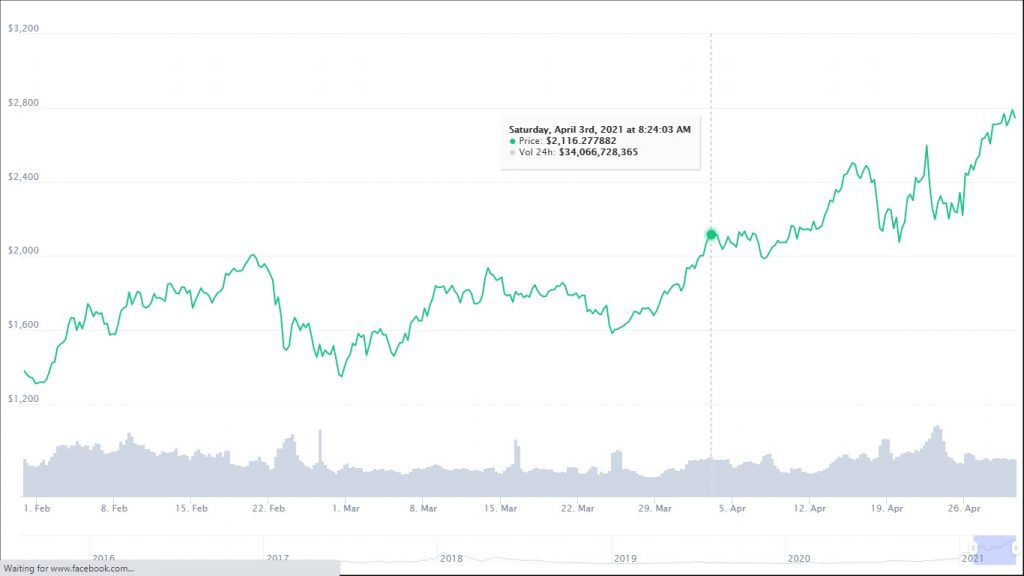 Dogecoin is no Longer a Joke — Courtesy: Doge Day!

Although Dogecoin started off as a meme, it rose to an all-time high of $0.42 on April 20 as its supporters commemorated “Doge Day.” The coin rallied throughout the month and rose roughly 600% after starting the month at $0.053. 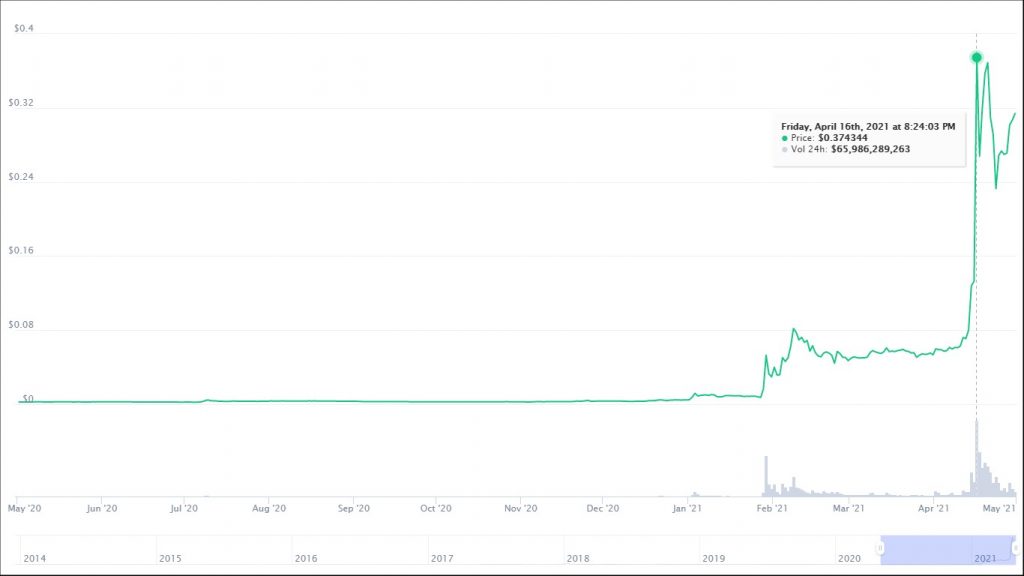 Dogecoin’s price, which had never crossed the $0.008 mark since its inception has frequently shot up following repeated hype tweets from Elon Musk.

HotBit also suffered a serious cyber attack on April 30th, which paralyzed some of its services. The exchange shut down its operations for a week.

The crypto exchange started venturing into the world of stocks through a zero-commission stock token trading service. Binance started with Tesla and eventually listed tokenized shares of Apple, Microstrategy, and Coinbase. While the crypto community appreciated the move, Binance is now under scrutiny from the German Federal Financial Supervisory Authority.

Cryptos in the Regulatory Spotlight

On April 26, Eun Sung-soo, the chairman of South Korea’s Financial Service Commission issued a warning to impose an outright ban on crypto exchanges. South Korea is the third-largest crypto market.

Saudi Arabia is also pleading for a complete ban, while Turkey already prohibited its citizens from using cryptocurrencies to purchase goods and services. While April seemed to be an enjoyable ride, crypto’s love-hate relationship with many world governments is likely to continue.

April was a breakthrough for cryptos. Coinbase went public on the Nasdaq, Paypal now allows users to pay retailers in cryptocurrencies, and Visa will soon start supporting crypto transactions.

Moreover, what initially began as a relief effort to India’s COVID-19 crisis has now turned into a massive moment for crypto adoption. Polygon CEO, Sandeep Nailwal, started a COVID relief campaign on April 24 to get help from the global community. The campaign raised more than $2 million in funds from people around the world, thereby driving further crypto adoption.