If you bought into cryptocurrency at the height of the last big bull market in December 2017, then your three-year wait for returns has finally paid off this Christmas. For holders of most large-cap cryptocurrencies, December has been a month to celebrate. After the last few months of testing the critical overhead resistance of $20,000, Bitcoin finally broke through this significant psychological barrier on Wednesday, December 16. What’s more, it didn’t stop, soaring upward to reach a brand-new all-time high above $23,600. 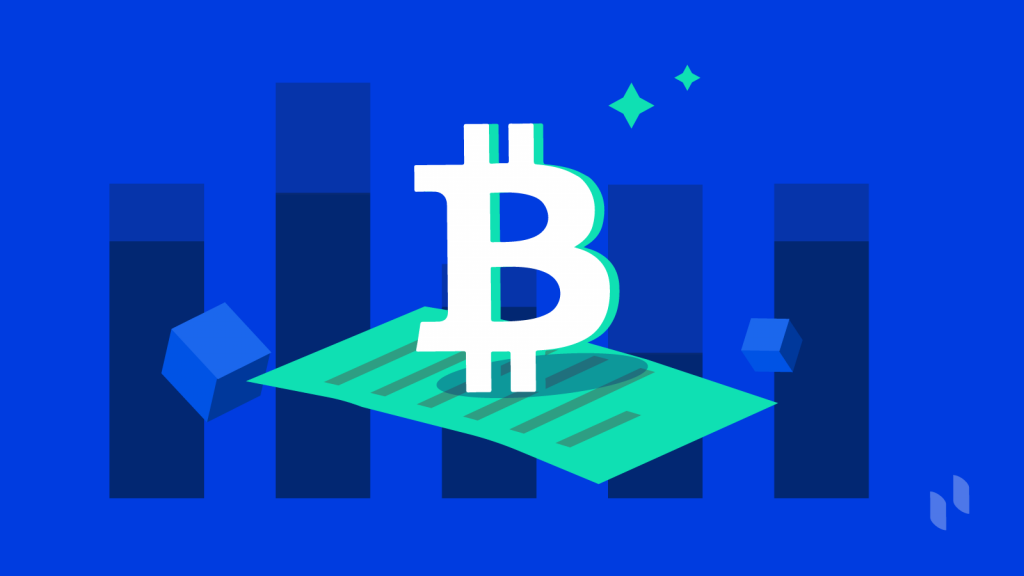 For anyone wondering if this is a repeat of the events of 2017, and Bitcoin will crash back down again early next year, there’s no reason to believe that this is the case. On-chain metrics show that transactions now are lower than they were in 2017, despite the price hitting new highs.

Source: Coin Metrics via The Block

Combined with other measures, such as a lower frequency of Google search terms and mentions on Twitter, all the signs are there that this bull run is driven out of institutional inflow, rather than retail. Trends in the futures markets also appear to indicate the same. According to The Block, open interest in futures is currently at an all-time high. Source: Skew via The Block

In contrast, the 2017 bull run was almost completely down to spot trading. We know this because the institutional futures markets were very nascent at that time, and the other metrics, such as search traffic, were higher. Therefore, it seems far less likely that Bitcoin will crash back down to earth in the same way as it did in 2018 because the markets are simply more mature now. Black swan events notwithstanding, of course.

Tether, the most-used stablecoin and fourth-largest cryptocurrency asset by market cap hit a significant milestone in December – $20 billion worth of USDT issued. The entire stablecoin market is worth $26 billion, so Tether is dominating the segment by quite some distance compared to competitors such as Circle’s USDC or Binance’s BUSD.

What’s quite startling is that in April of this year, Tether’s market cap was sitting at around $4 billion, demonstrating just how quickly the markets have accelerated over 2020. Of course, the burgeoning DeFi markets have generated significant demand for stablecoins, as they provide a stable means of staking collateral for generating yields.

Ethereum 2.0 – To Genesis and Beyond

Ethereum also hit a significant milestone this month with the genesis block of the brand-new beacon chain, representing a successful start to the first phase of implementing Ethereum 2.0. The launch came after the network successfully achieved its target of having 524,288 ETH staked under the new proof-of-stake consensus.

As things stand, eth2 has over 2.1 million staked – more than three times the initial target. For the Ethereum core development team, work now commences on the next phase of implementation. Before eth2 can achieve its full scalability vision, the platform needs to implement several more phases, expected to run up to 2022.

With over two million of the ETH supply now out of circulation, prices have also been mirroring Bitcoin’s success. While ether prices have some way to go before they start to test the previous all-time high of $1,432 from January 2018, ETH has achieved a new yearly high above $730 in December – perhaps even higher by the time you’re reading this. In fact, ETH is trading up over 450% from where it started the year, around $130. 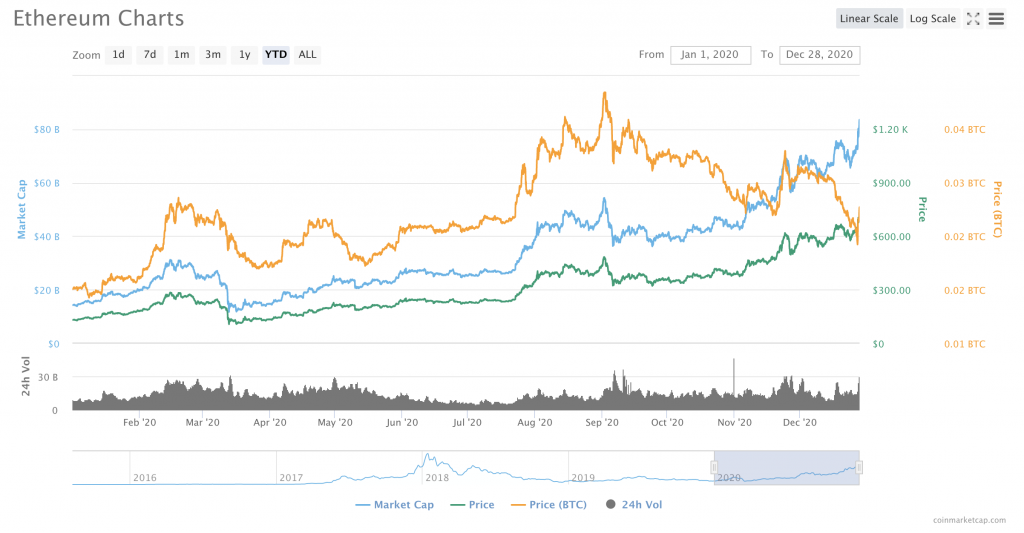 Amid all these end-year successes for large-cap coins, DeFi is still emerging from 2020 as perhaps the clearest winner of them all. This year, the total value locked in DeFi applications has increased over 2,200%, with $20 billion the next big milestone. Applications that were unheard of this time last year, such as Aave, Balancer, and SushiSwap, now dominate the top of the rankings.

According to a 2020 Industry Report from Dapp Radar, other numbers indicating DeFi’s growth this year are just as stellar. Dapp Radar also received 238 applications for new DeFi dApps Radar this year, with 45% of those operating on the Ethereum blockchain. Transaction volumes exceeded $270 billion, 95% of which passed through Ethereum. Furthermore, the foundations for a future of open, decentralized finance were laid thanks to the distribution of governance tokens from projects including Yearn Finance, Compound, and Uniswap.

Ripple Falls Under the Eye of the SEC

While the rest of the crypto markets have had a booming December, XRP holders have had a more difficult time thanks to the SEC. On December 22, Ripple CEO Brad Garlinghouse confirmed reports via Twitter that there was a pending lawsuit against his firm for selling XRP tokens in an unregistered securities sale. Only hours later, the SEC filed the formal papers in a Manhatten district court.

The news rocked the XRP markets. The fourth-largest cryptocurrency by market cap had been trading for much of the year around the $0.30 mark, but like the rest of the major alts, had undergone a bull run over recent weeks. That ended when the SEC news landed, knocking 24% off the price and causing several exchanges to delist XRP in fear of being accused of unlawfully selling securities. As things stand, XRP is back trading around $0.30, down from a high of $0.76 in late November.

← What is Cryptocurrency Arbitrage?
What Are Decentralized Applications (dapps)? →
About