Launched in 2017 by 0x Labs, 0x (ZRX) is a decentralized finance (DeFi) protocol that seeks to create an open standard to facilitate peer-to-peer (P2P) transactions of Ethereum (ETH) ERC-20-based tokens. ZRX’s price is around $0.84 with a circulating supply of over 845 million, for a market cap of around $710 million. 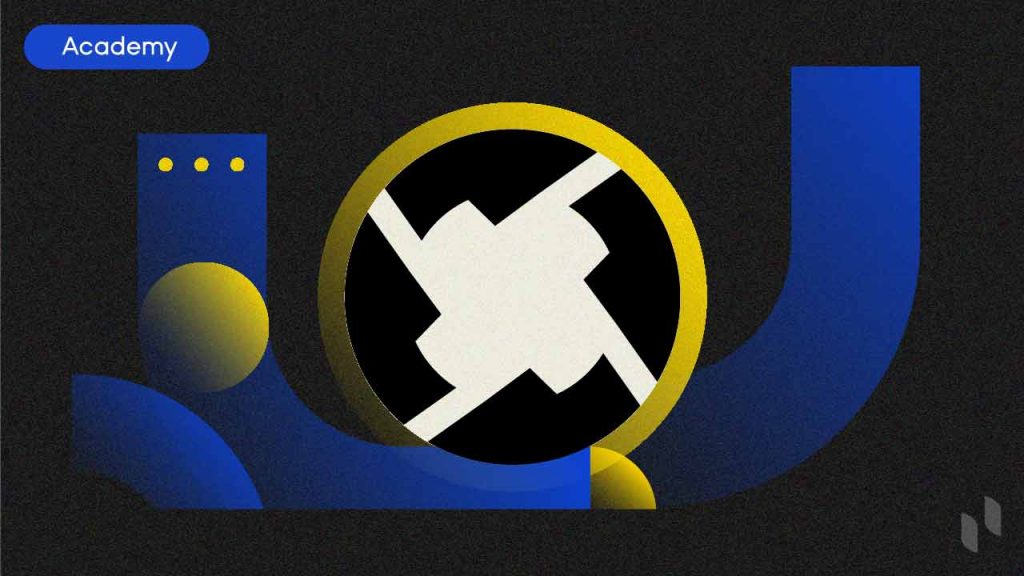 Every digital asset can actually be traded P2P, but in the early days this meant traders needed to trust that whoever they traded with would enforce the intended contract. To eliminate the need for such trust, centralized exchanges (CEX) were established as a third-party entity that could enforce contracts. CEXs are able to handle every aspect of a transaction, including providing security and compliance with regional regulations. As of September 2020, CEXs handled 95% of all crypto trading volume. Although this has facilitated more cryptocurrency trading, it also has some disadvantages, such as issues with liquidity and loss of some privacy. In addition, CEXs face increased scrutiny from regional legal authorities.

To address those disadvantages, decentralized exchanges (DEX) were created. 0x is one such DEX, designed to incentivize users to host markets for crypto assets and reduce the need for third parties by facilitating P2P trading.

0x’s protocol is open-source and exists within a smart contract on the ETH blockchain. Its team’s vision is that the protocol will allow any company or project to digitally tokenize assets into an ERC-20 token, which can be exchanged in a P2P transaction. This would allow for any number of things to be traded, such as housing, stocks, fiat currencies, or even in-game items. By cutting out the middle party to help orchestrate the trade, 0x removes the need for entities such as a lawyer or bank to facilitate sales. In doing so, the fees associated with a typical transaction are removed, reducing the overall transaction cost.

0x’s development for the first several mainnet upgrades was primarily controlled by the 0x team. The 0x team implemented stringent security measures to ensure the integrity of code updates between the v1 and v2 mainnet upgrades. One of the main upgrades in v2 converted the code into an entirely new infrastructure. This was done to compartmentalize parts of the protocol so that new features could be built as individual compact modules and slotted into the existing code. The compact modules were much easier to audit, making future upgrades to the mainnet more efficient.

The major upgrade for v3 involved introducing new fields that traders could use to set the type of token they wanted to collect as a fee for each transaction. Prior to v3, this was restricted to the ZRX token, and the team believed this restriction was limiting adoption. It also conflicted with the concept that 0x was promoting, which was that its network could be used to trade any tokenized assets.

All of the previous mainnet upgrades had been at the direction of the founding 0x team. This changed with the establishment of the decentralized autonomous organization (DAO) onto 0x’s mainnet, which gave stakeholders a vote in how the project was developed. The DAO initially only controlled the community treasury but was later given voting power over upgrades to the core protocol. The latest upgrade to the mainnet involved a governance vote in which 2,362 unique ZRX holders participated, officially establishing v4 of the 0x protocol. This also highlighted how 0x plans to facilitate its own governance.

How Does 0x Work?

Every transaction on the 0x protocol involves a maker, taker, and a protocol relayer:

Who Is Behind 0x?

0x Labs was founded in October 2016 by co-founders Will Warren and Amir Bandeali. It has since expanded to a team of 36 core members with diverse backgrounds.

Will Warren is co-founder and CEO of 0x Labs. He has a Bachelor of Science in Mechanical Engineering from the University of California San Diego. He later completed post-baccalaureate studies at the Los Alamos Dual-Axis Radiographic Hydrodynamic Test Facility, which conducts weapons safety research. 0x Labs was Warren’s first foray into the crypto industry. He also spent a few months in 2017 providing technical guidance on ETH smart contracts to Basic Attention Token’s (BAT) team.

Amir Bandeali is 0x’s other co-founder. He was the acting CTO until September 2020, before he became co-CEO alongside Warren. Bandeali has an education in general finance. He spent his early career at Chopper Trading as a trader before moving to DRW. Like Warren, his crypto career began with the founding of 0x Labs.

ZRX launched its ICO on July 16, 2017, and raised $24 million in ETH from a public sale of 500 million tokens. ZRX also received an undisclosed amount of funding on October 19, 2020. On February 5, 2021, ZRX offered a Series A equity round that raised $15 million. Investors include several venture capital firms such as Pantera Capital, Blockchain.com Ventures, Nascent Ventures, and the DeFi Alliance. Besides these investors, ZRX also has a group of five advisors that includes Joey Krug (co-CIO of Pantera Capital) and Fred Ehrsam (co-founder of a major exchange).

ZRX hovered around $0.38 from September 2020 through January 2021. On January 26, 2021, 0x announced the release of its v4 mainnet upgrade, which saw the price rise by approximately 300% to $1.59 by February 4. The next day, 0x announced it had finished its Series A round of funding. This caused ZRX’s price to continue trending upward before hitting a peak of $1.88 on February 12. The market began correcting itself and hovered at $1.42 from the end of February through late March.

On April 1, 0x rebranded itself, and co-founders Warren and Bandeali conducted a live YouTube broadcast where viewers could ask them questions. This saw ZRX’s price rise by 34% to $2.01. ZRX’s price continued to trend upward to April 12, when the 0x team announced that its DAO had been officially launched onto the mainnet. This DAO meant that ZRX holders now had complete autonomy over the use of a community treasury of 2 million tokens, then worth over $4 million. ZRX’s price hit an annual peak of $2.31 before slowly trending down for the next few months. ZRX is currently hovering around $0.75, which is 32% of the peak price in early April.

ZRX has a total supply cap of 1 billion tokens, of which 50% were sold during its ICO. Since 0x had the DAO on its initial roadmap, they capped the number of tokens that each participant could purchase to create a larger distribution of the tokens. This spread the governance power across 13,000 different ETH addresses. 10% of the total supply was held for the founding team, 10% was held for early backers and advisors, and 15% went to 0x’s core development organization and external project development fund. The sum of these values is what makes up the current technical circulating supply of 850 million tokens, although the official circulating supply is just over 845 million tokens. The remaining 15% of the total supply is held by the 0x team, and its use remains to be determined.

0x is a promising DeFi project that has already reached several developmental milestones. DEXs will be an important tool for cryptocurrency as many CEXs will continue to face pressure on their ability to operate. ZRX has seen consistent growth in its trading volume in 2020 and 2021, with the 24-hour trading volume on August 3, 2021 exceeding $72 million. Since 0x’s goal is to allow the tokenization of any asset for trade using its protocol, it has the potential for widespread adoption if it makes that process accessible.

This puts 0x in a unique position with its financial backing from large investment firms and the amount of time it has had to develop its protocol. Additionally, now that the governance DAO is in effect, stakeholders will be able to drive the direction of development. This gives 0x the potential to go down a developmental path that is most suitable for adoption and growth.

← BEP2 vs. BEP20 vs. ERC20: What Is the Best Blockchain Token Standard?
Mean Reversion vs. Momentum Trading Strategies: Which is Better? →
About