Launched in 2017 as Enigma, the Secret Network (SCRT) is a blockchain protocol built for data privacy and provides decentralized applications (DAPPs) the capability to execute encrypted computations. SCRT trades at $1.23 per token with a circulating supply of 143 million, for a total market cap of $176 million. 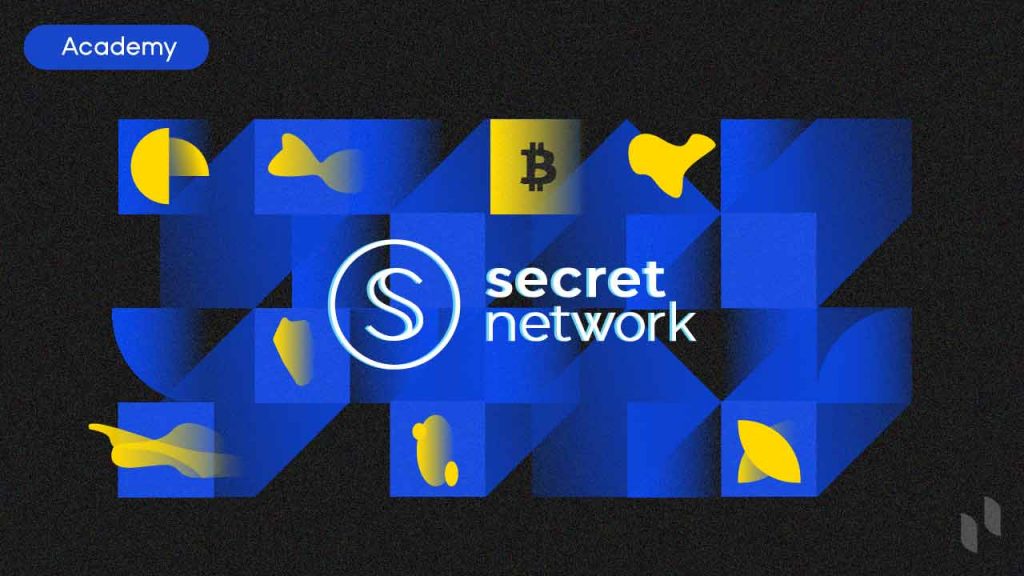 Why Was Enigma Rebranded into Secret Network?

In 2020, the US Securities and Exchange Commission (SEC) announced that it had settled charges against Enigma MPC, the startup behind the Enigma project. The charges were about the unregistered offering of securities in an Initial Coin Offering (ICO) held by Enigma. The startup returned the $45 million raised in this ICO to the investors, registered its ENG token as securities, and paid the SEC a $500,000 fine.

A few months later, the Enigma team then rebranded the project to the Secret Network. This rebrand was prompted due to an on-chain proposal by the community. Twenty-eight active validators participated in the vote, which was unanimously passed. The vote aimed to appeal to different developers and users to contribute to the network, possibly for decentralization. Instead of only the Enigma team, the project attracted other key contributors, such as Secretnodes.org and Chain of Secrets, to assist in developing the mainnet and governance.

In this rebrand, the Secret Network also launched its new native coin called Secret or SCRT. At the time, there was no official token swap (only refunds) for users to exchange their ENGs for SCRTs. Instead, there were only swaps enabled by major cryptocurrency exchanges and a limited-time community-organized token swap where users can exchange ENG for SCRT in a 1:1 ratio.

How Does the Secret Network Work?

The Secret Network is a Layer 1 solution built with the Cosmos (ATOM) software development kit (SDK). It is a platform that leverages the scalability and interoperability of Cosmos and provides privacy functionality for smart contracts.

The network relies on Tendermint’s Byzantine Fault-Tolerant (BFT), Delegated Proof of Stake (DPoS) consensus algorithm. As a result of being BFT, the Secret Network works even if some of its nodes fail or act maliciously. Its DPoS algorithm is an evolved version of the original PoS concept. In a DPoS network, users stake their tokens into a staking pool to vote and elect the delegates linked to that pool to validate the next block.

The Secret Network is a platform with data privacy by default. To achieve this, it incorporates key management, encryption protocols, and Trusted Execution Environments (TEEs) into the hardware specification of all its validator nodes.

The network employs encryption protocols to encrypt data so that the data is secure and private. Users can view their personal data with “viewing keys.” The users have full control over these keys and manage what to share and with whom. To ensure that the data is stored and processed securely, the Secret Network uses TEE, which is hardware located in an isolated section on the processor of a device. The hardware is separate from the operating system and cannot be tampered with. This hardware ensures that the nodes on the network cannot view the computations, thereby protecting the data from those on the network.

What Does the Secret Network Offer?

What is the SCRT Coin?

The network’s native coin is SCRT. The Secret Network uses the SCRT token for governance, transactions, and gas fees. Additionally, nodes must stake SCRT to operate on the network, and they receive fees and rewards in SCRT. Nodes can also create and vote on governance proposals using SCRT. Moreover, users with SCRT tokens can stake their tokens to a specific node and become delegators to potentially earn part of the fees and rewards from the node. Once users stake their SCRT tokens for liquidity, they receive dxSCRT, the staking derivative, and a Secret Token in return. Users can use dxSCRT in the services offered by SeFi and can exchange it back for SCRT at any time.

Who Is Behind the Secret Network?

Guy Zyskind and Can Kisagun co-founded the Enigma MPC, the US-based company, in 2016. They launched Enigma, the privacy protocol of the same name, in 2017. The project was rebranded to the Secret Network 3 years later, and the Enigma team is now one of the teams working on the Secret Network.

Guy Zyskind is currently the Chief Executive Officer (CEO) of Enigma. He holds a Bachelor’s in Electrical Engineering and Computer Science from Tel Aviv University and a Master’s from the Massachusetts Institute of Technology’s (MIT) Media Lab. Zyskind is an experienced software engineer and co-founded and/or served as the Chief Technology Officer (CTO) for CityOwls, Tamkix, and Athena Wisdom. He also returned to MIT as an instructor and research assistant before co-founding Enigma.

Can Kisagun co-founded Enigma alongside Zyskind. He studied Industri Engineering and Management Sciences at Northwestern University and has a Master of Business Administration (MBA) from MIT. Prior to Enigma, he worked as a Business Analyst for McKinsey and Company and founded and served as the CEO for streetdust and Eximchain.

Secret Network recently received $11.5 million in funding from an investment led by Arrington Capital and Blocktower Capital and other participants such as Spartan Group and Skynet Trading. The investment institutions reportedly invested the funds into SCRT, the network’s native coin. Additionally, a report stated that investors, such as Outlier Ventures, Fenbushi Capital, and Hashed, and node operators, such as Figment and Staked, also invested in the project.

Prior to 2021, SCRT’s price did not have any large fluctuations and traded around $0.40 per token. However, the token price increased by 250% to a peak of $1.40 on January 20 after the launch of the Secret Ethereum Bridge. The next month, SCRT received a 120% boost in price and grew from $1.20 on February 8 to $2.60 on February 13, following news of the launch of Secret Network’s mainnet. A few days later, news of the launch of SecretSwap resulted in another price increase where the token rose to $4.60, the all-time high at the time.

The price fell due to a price correction and hovered around $3 until April 2021. News of the Secret NFT update propelled the price to a new all-time high of $4.70 per token on April 16. However, the price fell again a few days later to $2.50 after another price correction. SCRT’s price rebound to $3.80 in early May 2021, following news of a BSC launch and the investment mentioned above led by Arrington Capital and Blocktower Capital. Nonetheless, the price then plummeted due to negative cryptocurrency headlines and now trades at $1.20 per token, which is 75% down from its historic high.

What Is the Future for the Secret Network?

SecretSwap is the network’s decentralized exchange (DEX), where users can swap tokens in their token pool of choice. It is a DEX based on the automated market maker (AMM) model, which works similarly to Uniswap (UNI) and SushiSwap (SUSHI). However, rather than the conventional smart contracts used by the other two DEXs, the Secret Network utilizes Secret Contracts to preserve user privacy. Thus, the network sets its DeFi services apart from competitors by offering protection against front running, a type of market manipulation that impacts the price and offers users more privacy.

The idea of combining privacy and decentralization is not new. However, it is not entirely correct to think that ZCash (ZEC) and Monero (XMR) are the Secret Network’s direct competitors as the two privacy coins are evolved from Bitcoin. The Secret Network is in a unique position in the sense that it offers smart contracts with built-in privacy. These Secret Contracts can be regarded as an evolution from Ethereum’s smart contracts as they build privacy functionality atop their traditional counterpart.

The Secret Network’s closest competitors are the Oasis Network (ROSE) and the Phala Network (PHA). The three projects have a common goal – incorporating privacy from traditional finance into the blockchain. Currently, the Secret Network is ahead of its competitors in terms of market cap and/or Total Value Locked (TVL), meaning that the platform is healthier than its competitors.

The Secret Network is a platform with built-in privacy. It offers developers and users the ability to build and use DApps and smart contracts that are private by default. The network relies on the DPoS algorithm to maintain consensus and utilizes encryption and TEEs to protect user privacy. The Secret Network offers Secret Tokens, Secret Bridges, Secret Finance, and Secret NFTs. Basically, these are the privacy-preserving versions of regular tokens, bridges, DeFi, and NFTs wherein user information remains private when users conduct transactions. Only the parties involved and those with viewing keys can see the transaction. The Secret Network is unique as it is the first blockchain to provide smart contracts with built-in privacy and is currently leading among its competitors. Furthermore, the Secret Network team is looking to incorporate more services such as lending and gambling. Hence, the project has potential as it fills a niche for users looking for a decentralized and private platform.

← Why is Ethereum’s London Hard Fork a Big Deal?
What is Convex Finance: Yield Optimizer for Curve Finance →
About