Which Is The Best Privacy Coin? Monero vs Zcash, Dash, & More 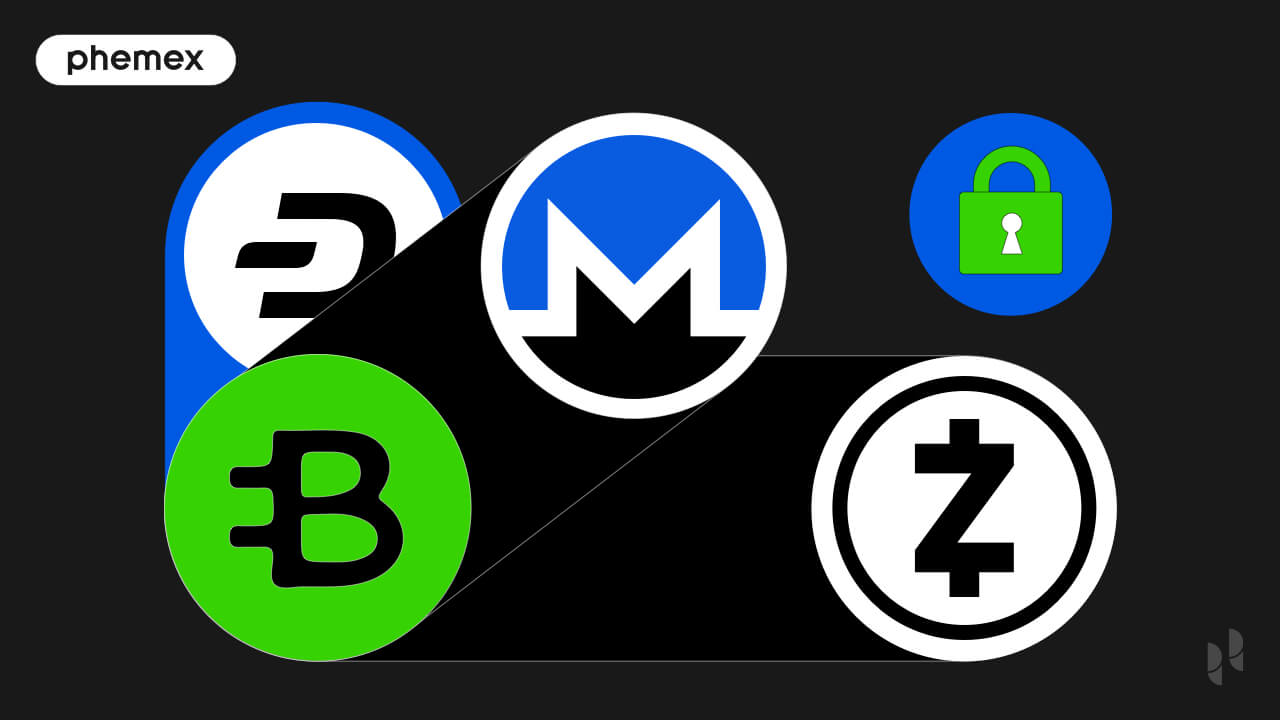 A blockchain is a public, transparent ledger comprising addresses and transaction histories. On a blockchain such as Bitcoin (BTC), there are addresses dating back to the first blocks of 2009 and these records will remain transparent for eternity.

Addresses can be tied to personal identities and this creates a problem for privacy-conscious individuals, because blockchain forensics specialists can easily track down public addresses tied to a personal identity by analyzing transaction histories. In addition, most cryptocurrencies are built on technology that Bitcoin introduced, making them vulnerable in regards to privacy.

The first privacy coins were introduced in 2014, following the Silk Road dark web scandal. Silk Road was a dark web marketplace that had a reputation for the exchange of illicit drugs and services because it enabled users to transact using Bitcoin.

As Bitcoin is a transparent blockchain, it didn’t take law enforcement a long time to shut down the website and seize their assets (while Bitcoin can be fully anonymous, it requires a higher degree of technical security expertise to hide Bitcoin transactions.)

As such, privacy coins were invented to protect the anonymity of individuals on the blockchain. Most privacy coins work by doing away with block explorers, which are search engines that allow someone to search, verify, and validate transactions made on a blockchain.

One key downside to privacy coins is the “zero knowledge exploit”, which means if an exploit is found and new coins are minted there will be no way for anyone to know since no one has the transaction records.

With that said, there is a large market for privacy coins given Bitcoin’s transparency, and one of the key growth drivers for this market will be government crackdowns. This article analyzes how the reigning privacy coin, Monero, compares against its closest competitors.

What is Monero (XMR)?

Monero (XMR) is the most famous, widely used privacy coin based on a Proof-of-Work mining model. XMR is trading at $100 with a market cap of $2 billion. There are currently 18 million XMR coins in circulation, and the supply will reach 30 million in 100 years.

The team behind Monero is anonymous, but it is one of the longest-standing cryptocurrencies that survived multiple bear markets–in 2014 and 2018. It started in 2014 as a fork of Bytecoin, a privacy coin fork of Bitcoin which went underwater as most coins were pre-mined.

Monero’s PoW consensus mechanism is called “CryptoNode” and is vastly different from Bitcoin’s. When a user sends a transaction on Monero, it doesn’t directly go to another wallet, but it’s added to a large batch of transactions and assorted. The money is then sent to the destination wallet which can’t view the origin address.

Monero has never been exploited in its history. The only criticism Monero receives is that a large mining pool controls nearly 50% of the hash rate, making it vulnerable to a hostile takeover via Sybil attack.

Bitcoin is the world’s largest cryptocurrency and the most secure and decentralized. Monero is the world’s largest privacy coin, modeled after Bitcoin, but without the public blockchain. Monero is a lot faster with a block time of two minutes compared to Bitcoin’s 10 minute block time. Monero and Bitcoin have provided great returns to investors over the last decade, but they serve two completely different user bases and needs–hence it’s like comparing apples to oranges.

ZCash (ZEC) is a privacy-centered PoW blockchain that was founded in 2016, and the second most-popular privacy coin after Monero. Zcash currently has a circulating supply of 14 million coins and a maximum supply of 21 million. The Zcash market cap is $800 million.

The Zcash project started as a complete fork of Bitcoin by Matthew Green from John Hopkins University in Baltimore, and it was initially known as “ZeroCoin”. As updates rolled out, the project was re-branded to “ZCash” which stands for “Zero Cash”. The ZCash Company has close partnerships with the Israeli government, and security on Zcash is maintained by the world’s premier security experts.

While Monero makes all transactions private, and as such there is no way to trace any transaction origin on the blockchain, ZCash makes this optional because it is a fork of Bitcoin, and part of the blockchain is transparent. Users have to manually tick a box saying they want to send a private transaction to take advantage of the privacy features on Zcash.

Zcash attracted criticism when the head of the ZCash Company stated that he would open a backdoor to catch criminals on the network and make their transactions transparent. Monero has never had such incidents.

Dash (DASH) is a popular PoW payment service that was developed in 2014 by Evan Duffield. There are currently 10 million DASH coins in circulation with a maximum supply of 19 million. The DASH market cap is $450 million.

Dash was initially known as “DarkCoin.” It was also launched as a fork of Bitcoin with a new feature called “Proof of Service”. There are two tiers of the network: PoW and PoSe. The former is used for mining and the latter is used to measure node consensus behavior.

The project was re-branded from “DarkCoin” to “Dash” because the former associated it with the black market. Despite that, Dash was never really used for black market activities, but instead commonly used in e-commerce. The history of Dash is more “whitehat” compared to coins such as Monero and Zcash.

Dash offers privacy features using a “Masternode” network that has hierarchies based on the PoSe model. If a node (computer) acts honestly, it’s awarded a higher portion of the block rewards. Among these features is “PrivateSend” which allows users to send private transactions.

While Dash may not be the ideal privacy coin due to the hierarchy of nodes on its consensus, it has survived most bear markets and always remained among the top 100 coins by market cap since its inception, making it a potentially viable long-term investment. However, the fact that Dash has unequal nodes due to the PoSe model means that forensics experts can trace private Dash transactions a lot easier than Monero.

Pirate Chain (ARRR) is a Delayed Proof-of-Work chain that double-stamps transactions on its own blockchain and Bitcoin for security purposes. The ARRR coin has a circulating supply of 192 million and the maximum supply is 200 million. The market cap of ARRR is $80 million, making it one of the most under-valued privacy coins in this category.

The project was launched by Monero and Zcash development veterans from the Komodo collective. The developers banded together to address the hashing security issues on existing PoW chains and decided to integrate the double-stamping process to secure the network from Sybil attacks. The coin was released in 2019 as one of the newer privacy coins to appear on the scene.

Pirate Chain is based on the Zk-SNARK model–validators can process transactions without identifying their token balances. On the Pirate Chain block explorer, users can see the transaction histories, but not the sender and receiver addresses.

Pirate Chain’s consensus is more secure than Monero’s due to the dual stamping. If a malicious actor wanted to 51% attack the Pirate Chain network, they would have to successfully attack Bitcoin’s network too, which is nearly impossible. As such, Pirate Chain has never been exploited since its inception, and is based on a similar PoW method as Monero.

At the same time, Pirate Chain is a newer project that does not have the benefit of Monero’s decade-long track record, making it a riskier investment to hold onto long-term.

The project was launched by Justin Vendetta, a cyber security expert with over 20 years expertise. During the early days of the crypto dark web, Verge launched as “DogeCoinDark”, a fork of Peercoin, which is a fork of Bitcoin. To differentiate itself from the Dogecoin (DOGE) project, the project was renamed to Verge. The source code was also altered and currently resembles Bitcoin’s source code.

While Verge is similar to Monero’s with completely anonymous origin and destination addresses as well as no block explorer, Verge might be slightly more secure due to its wallet IP rerouting. This is done by rerouting all payments on the network via the Tor dark web to mask the IP addresses.

The Tornado Cash platform was specifically designed for anonymity in DeFi. Its main differentiating factor from privacy coins is that it’s a layer-2 running on the Ethereum network. Tornado Cash does not use the TORN coin (except for governance) on its platform; instead, it uses ether.

The Tornado Cash platform uses Zk-SNARKs directly on the Ethereum blockchain by breaking the link between the sender and the receiver. The Ethereum is deposited in one large “tornado” batch and then shuffled out to different addresses. This makes it impossible to locate the origin address of the funds when it is withdrawn at the other end, unless there is a huge amount of money transferred. Despite transactions being recorded on the public blockchain, the origin and destination addresses are completely de-linked.

While Monero is an L1 blockchain and one of the earliest privacy coins, Tornado Cash is a completely different beast, released during the DeFi mania of 2021. Monero serves all crypto users while Tornado Cash is focused on the Ethereum ecosystem.

The number of crypto projects around is enormous that even in the category of privacy coins, there are so many options. and this is best-demonstrated in privacy coins. Monero will likely remain the dominant privacy coin, with its biggest competitors being ZEC and Dash. Monero currently has a larger market cap than both–combined.

There are new challengers in the privacy coin industry such as Pirate Chain and Tornado Cash, with the former offering better defense against Sybil attacks. Monero itself may face issues with hostile hash-rate takeovers, which is something an investor should ponder.

As development on DeFi continues, we are likely to see more innovation especially in layer-2’s, and possibly the unveiling of new privacy-centered layer-1’s.