Launched in 2017, IoTeX (IOTX) is a private and scalable decentralized blockchain platform focused on the Internet of Things (IoT) sector. IOTX trades at $0.13 per token with a capped supply of 10 billion, for a total market cap of $1.24 billion. 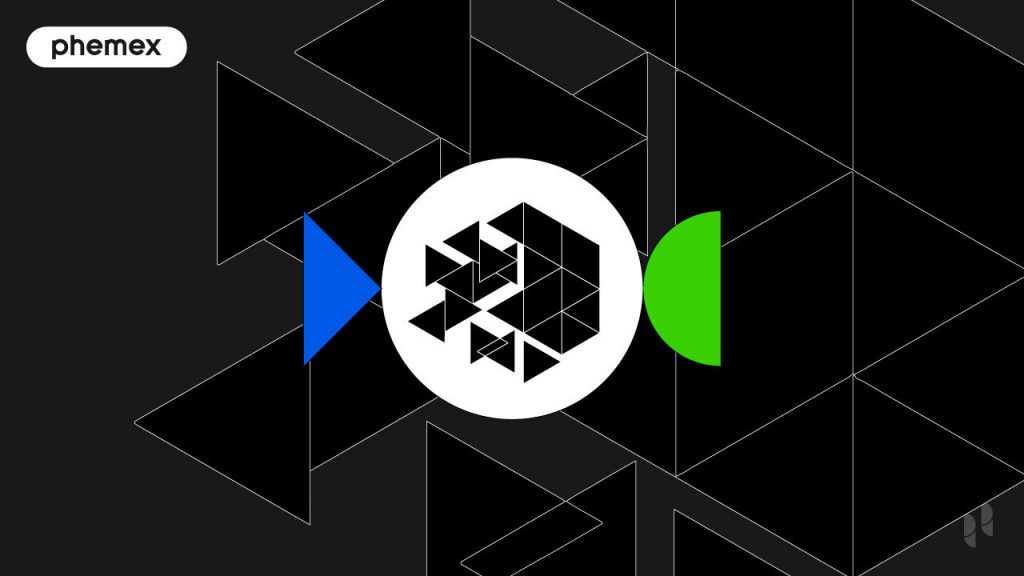 The current IoT technology is limited by the lack of interoperability, privacy, and security. IoTeX is a decentralized blockchain that aims to solve the privacy and scalability issues that may arise during the adoption of IoT, as well as to bridge the digital and real worlds. IoTeX enables users to access various devices, decentralized apps (DApps), and different services. Some current integrations include Pebbles (smartwatch device), Cyclone (DApp), and ioPay (payment service). Additionally, the IoTeX block infrastructure is also designed to be compatible with Ethereum (ETH) and the HECO blockchain.

IoTeX has a vision of the Internet of Trusted Things, where people and businesses are in full control of their data. As such, the interaction between two parties will have guaranteed trust and privacy. Moreover, IoTeX enables users to capture value with their devices. This way, centralized organizations have less power over users’ data.

The IoTeX blockchain is designed to only endure lightweight architecture and small-scale applications to preserve privacy. The lightweight design enables the blockchain to use the least possible energy, storage, and computation power. For example, the project’s address system does not scan the whole network during transactions. Additionally, IoTeX secures its network with mechanisms like ring signature to protect user’s privacy and transaction security.

IoTeX users include humans, machines, and devices. IoTeX has an ecosystem that enables the free interaction between people and machines. To access the full features that IoTeX offers, each user will need a decentralized identity (DID). Users will have to pay with tokens (just like gas on Ethereum) to obtain the computational capacity needed for the transaction verification process. As such, users will typically need wallets for payments and data transfers.

How Does IoTeX Work?

IoTeX adopts a modified delegated PoS consensus (DPoS) which enables fast and inexpensive cross-blockchain communication. The validators (delegators) on the network are selected via the stakeholders’ votes. When validators create valid blocks, voters (stakeholders) are also incentivized. In addition, delegators come from all around the world and help IoTeX process millions of transactions. The DPoS protocol is also integrated with mechanisms such as Practical Byzantine Fault Tolerance (PBFT) and Verifiable Random Functions (VRF) to enhance blockchain decentralization and scalability. IoTeX calls this unique consensus protocol the Randomized Delegated Proof of Stake (Roll-DPoS).

The IoTeX consensus protocol also utilizes multiple sidechains to enhance scalability. As the IoT involves a very wide range of applications, a single blockchain will not be able to fulfill different application needs as that would result in the network being overloaded. Thus, sidechains were implemented to interact with these applications when needed and reduce the load on the main chain. Each sidechain caters to each device respectively.

IOTX is the native token used to power DApps and is used as a form of payment. IoTeX implemented a burn-drop mechanism where token deflation happens according to the number of connected devices on the platform. Users can use IOTX to register devices onto the blockchain. The tokens can also be staked and used for network governance, where the token holders can become network shareholders. Users can also choose to share or sell their own data and receive IOTX.

IoTeX adopts an incentive system that is balanced to ensure decentralized growth for its network. IoTeX incentivizes users, developers, delegates, and service providers according to their contributions. For example, users pay for platform services and vote for delegates with IOTX. Delegates stake IOTX to become block producers or validators. Meanwhile, developers power their DApps with IOTX and service providers are paid with IOTX as incentives for providing service to the DApps.

Who Is Behind IoTeX?

The co-founders of IoTeX are Raullen Chai, Qevan Guo, Xinxin Fan, and Jing Sun. In addition, IoTeX has a team of advisors composed of Robert Parker, Jack Li, and Michael Cho. IoTeX is financed by more than 30 investors, including Blockchange, DraperDragon, and HashKey.

Raullen Chai is the co-founder and CEO of IoTeX. He obtained his PhD in Electrical and Computer Engineering from the University of Waterloo. His PhD study was mainly focused on cryptography, security, and privacy for blockchain.

Qevan Guo graduated with a Bachelor of Science in computer science from Fudan University. Furthermore, Guo has a PhD focusing on machine studies such as AI and Computer Vision from the National University of Singapore. Guo was also a product lead for FB Ads, Pages, and Offers at Facebook. In addition, Guo co-founded Hyperconnect Lab with IoTeX.

Xinxin Fan has a Bachelor of Science degree in Applied Mathematics and a Master of Engineering in information system and telecommunication from Xidian University. Fan also has a PhD in Electrical and Computer Engineering from the University of Waterloo.

Jing Sun was an investor for 19 tech- and crypto-related companies. Before focusing on start-up investments, she worked as an analyst and regional head for strategic investment besides overseeing investment development for other companies.

In February 2021, IOTX traded at $0.02. After that, IOTX rode the bullish trend and rose to a price of $0.07 in April. Then, the price dropped to $0.02 in August. In the same month, it peaked at $0.11 after getting listed on a major cryptocurrency exchange platform. Then, IOTX traded at an average of $0.07 before reaching its all-time high at $0.13. This all-time high is due to IoTeX’s partnership with Travala and NOWPayment.

In the IoT sector, IOTA (MIOTA) is IoTeX’s direct competitor. The IOTA project also aims to provide solutions for the IoT sector. Unlike IoTeX’s blockchain technology, IOTA utilizes a different distributed ledger technology called the directed acyclic graph (DAG). Besides, IOTA also waives transaction fees. The figure below demonstrates some comparisons between IOTA and IoTeX. IOTA is more established, but the team behind it has been over promising and under-delivering since project launch. In contrast, IoTeX has done well and is slowly catching up in terms of market share with its consistent updates.

What Is the Future for IoTeX?

According to the 2021 roadmap, IoTex will introduce a decentralized autonomous machine (DAM) which is a framework that enables automatic monetization for machine owners (figure below). According to IoTeX, the DAMs will enable new features such as fractional ownership of machines and real-time resource leasing. Moreover, in 2021, IoTeX will incorporate the DID protocol with “powered by IoTeX” devices. The protocol will be standardized for future collaboration with standard bodies like Industrial Internet Consortium (IIC). IoTeX will expand the potential of IoTeX devices where the devices will not only provide trusted data to applications, but also trusted services to consumers.

Furthermore, IoTeX will develop oracles for smart contracts to access data from off-chain sources. The IoTeX oracle will only enable trusted devices to access verified real-world data. IoTeX also intends to be the central point for data transfer between the virtual and physical worlds. As such, the development of oracles will increase IoT use cases for DeFi. In addition, IoTeX will be able to offer these services to Ethereum (ETH) and Polkadot (DOT), thus boosting interoperability.

IoTeX is a blockchain that bridges blockchain technology to the IoT industry by linking devices, DApps, and services. IoTeX has the vision to enable trusted interaction between the real world and the virtual world. In addition, IoTeX allows devices to automatically create monetary value for users by allowing users to share or sell the captured data from these devices and earn IOTX as incentives. The IOTX token is IoTeX’s native token that powers many of the blockchain’s utilities and can be spent, burned, or staked. Stakeholders are also incentivized to use their tokens and participate in network governance. The IoTeX blockchain uses a Roll-DPoS consensus protocol to ensure scalability and decentralization. The blockchain also utilizes sidechains to cater to the different IoT devices and applications to boost the scalability of the main blockchain. However, IOTA is a strong competitor of IoTeX in the IoT sector since IOTA is an established project that offers similar solutions and zero fees. Nonetheless, IoTeX has many development plans, such as decentralized autonomous machines for fractional ownership of machines and oracles for DeFi services, to help close the gap.

← What are Blockchain APIs and SDKs: Useful Tools for Development
What Is Popsicle Finance (ICE)? – Automated Yield Optimization Protocol →
About