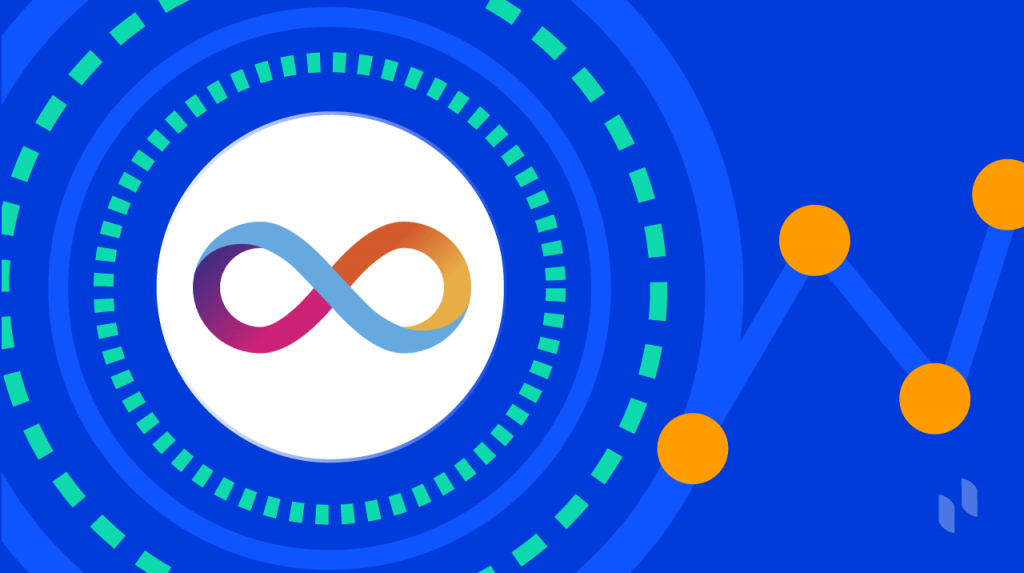 What Is the Internet Computer?

How Does the Internet Computer Work?

The Internet Computer Protocol is the advanced decentralized protocol that formed the Internet Computer. It is a decentralized blockchain network running on dedicated hardware in independent data centers around the world. Through these data centers, the protocol combines the power of individual machines so that it can host and run Internet-native software with the same security standards as smart contracts. The protocol integrates Internet standards, such as the Domain Name System (DNS), and serves users directly through web browsers on their computers or smartphones.

To participate in the open network, the Internet Computer’s data centers must first obtain a data center identity (DCID) through the Network Nervous System (NNS). The NNS is an algorithmic governance system that’s part of the Internet Computer.  Data centers with DCIDs can make node machines, which are server computers with standardized specifications, available on the network. To expand capacity, the NNS forms these machines into “subnets,” which are the blockchains within the Internet Computer network. This process adds and replaces nodes in situations where the nodes fail or are compromised by attackers.

What is the ICP token?

As an incentive for contributing computing capacity, the data centers receive ICP tokens. The ICP token is a utility token that lets its holders participate in and govern the blockchain network. Decision-making and network transactions also utilize ICP tokens. The tokens can be converted into cycles, which act as computational resources to power computation and storage on the Internet Computer.

For governance, the NNS allows any user to “dissolve” their tokens, which means locking them inside “neurons.” These neurons provide participants with voting rewards and can vote automatically in a form of “liquid democracy.” The voting power of the neurons and the voting rewards are directly proportional to the following factors:

These neurons can be “dissolved” again to release the tokens.

What Does the Internet Computer Do?

With the Internet Computer, developers can build infinitely scalable and enterprise-ready websites, IT systems, and internet services by installing their code directly on the public internet. This removes the need to rely on big tech’s centralized servers and commercial cloud services.

The Internet Computer claims that transactions on its blockchain network can finalize within three to five seconds. This speed is possible because of Chain Key Technology, a 48-byte public chain key that renders old blocks unnecessary.

Who Is Behind Internet Computer?

The Dfinity Foundation, a not-for-profit scientific research organization based in Zurich, Switzerland, is behind the Internet Computer Protocol. It oversees research centers in Palo Alto, San Francisco, and Zurich, and supervises teams in Japan, Germany, the UK, and across the US. With a team of around 200 engineers, cryptographers, and operation experts, the Foundation’s purpose is to build, promote, and maintain the Internet Computer.

Dominic Williams is the founder of the Dfinity Foundation and the Internet Computer project and is currently the Foundation’s President and Chief Scientist. Williams is a crypto theoretician who has contributed to various crypto theories and techniques. For example, he invented Threshold Relay and Probabilistic Slot Consensus, and technologies used to improve the speed and security of the Internet Computer. Williams is also a serial entrepreneur and an early member of Bitcoin and Ethereum technical communities.

In June 2018, the Foundation raised $35 million through an ICP airdrop for early community members. In August 2018, the Foundation raised an additional $102 million in a funding round led by Andreesen Horowitz and Polychain Capital. In combination with other funding rounds, the Internet Computer raised more than $195 million. When the Internet Computer launched its governance system and published its tokenomics, Dfinity’s valuation soared to almost $10 billion.

Upon its launch on May 10th, 2021, ICP suffered massive price swings between $250 and $650 due to being listed on several major cryptocurrency exchanges in quick succession. The next day, the prices recovered about 70% from the previous day’s low, but plummeted soon after. This was attributable to the general pullback of the crypto market. Now the price has stabilized at around $106. 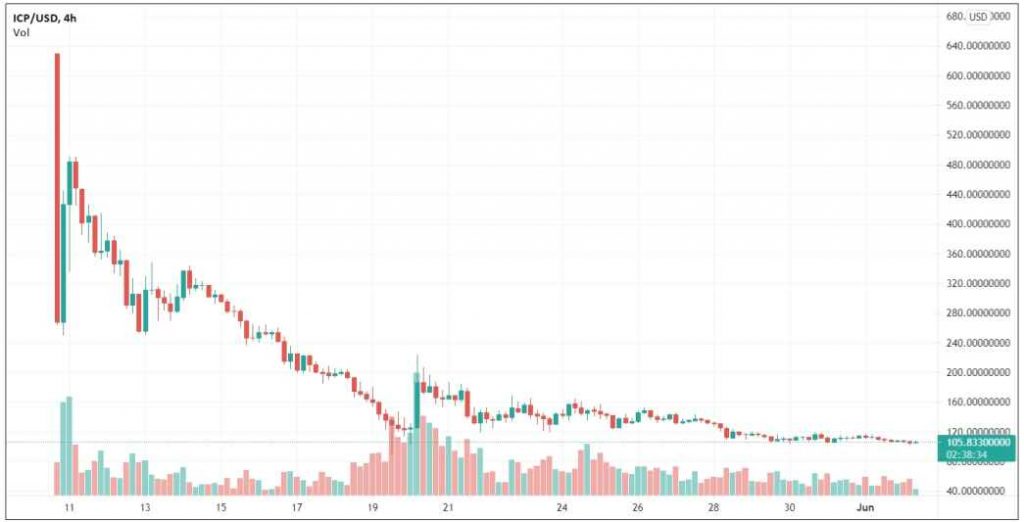 ICP is currently ranked #13 by market cap. Of the 469 million tokens created at genesis, only about 124 million are in circulation. With a price of $106, ICP has a fully diluted market cap of $49 billion. The circulating supply depends on the market context, but currently, there is no release schedule. This may be a concern, because if the Dfinity Foundation suddenly releases more tokens, the price may drop significantly due to an imbalance in supply and demand.

What Is the Future for Internet Computer Protocol?

As only 26% of the ICP tokens are in circulation, there are questions about the decentralization of the governance system. Since the tokens are for governance, others suspect that the remaining 74% may be staked by the team, investors, and advisors for private interests. This would make the system centralized, as it would be almost entirely controlled by a handful of ICP holders. One Dfinity Foundation developer has explained that 74% of ICP tokens are not held in voting neurons and thus do not participate in governance.

Unlike most cryptocurrency projects, when the Internet Computer was first released its code was not entirely open-source. This was a concern for many because closed source code cannot be publicly assessed and audited for any malicious intentions. The Dfinity Foundation has since released the source code, albeit with some restrictions. According to the project’s open-source policy, part of the open-source code cannot be copied by developers because the Foundation wishes to protect its intellectual property.

These nodes are standardized machines owned and installed within the independent data centers. As covered before, the NNS decides which nodes can be a part of the network. Since the system manages decisions at almost all levels, critics initially worried that the NNS held too much power over the Internet Computer. A second then clarified that the NNS is governed by token holders and the community where any decision made is based on what the community wants.

The Internet Computer project is very ambitious in aiming to replace big tech’s closed ecosystem and be the primary platform for software development. There are concerns regarding the distribution of its utility token and questions about its decentralization. Regardless, its ability to run at web speed with unlimited capacity, along with its secure and tamper-proof environment, sets it apart from other open and public networks like Ethereum and Bitcoin.

← Get to know the Top NFT Marketplaces for Creators and Buyers
Impermanent Loss in DeFi Explained: How can you avoid it? →
About