What Is Distributed Ledger Technology (DLT)?

Distributed databases are often associated with blockchain technology. However, they have existed as distributed ledger technology (DLT) before the arrival of the first blockchain network.

Blockchain itself is a form of DLT and is ever-growing in technological adoption. 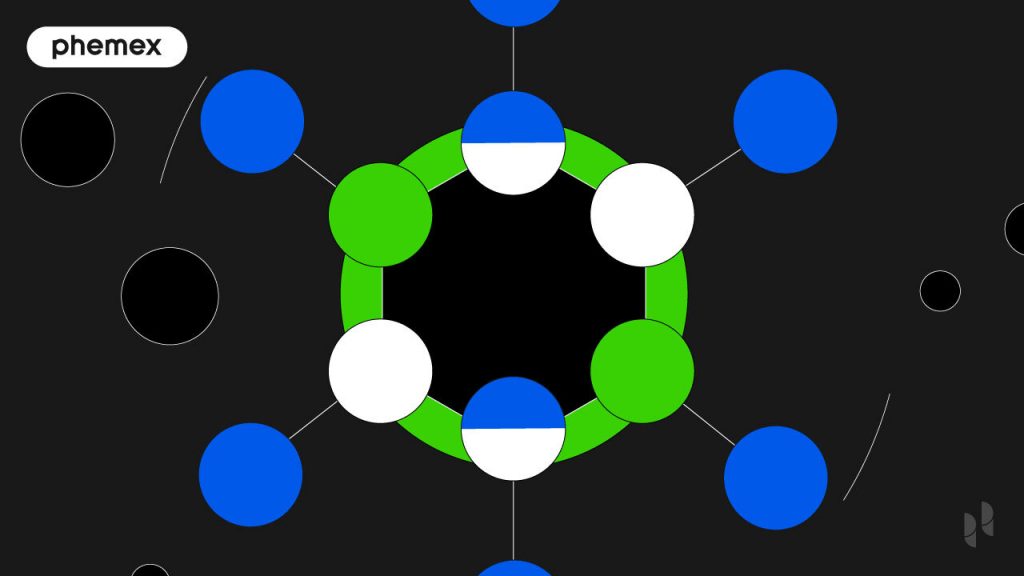 What Is Distributed Ledger Technology (DLT)?

Distributed Ledger Technology (DLT) is a form of a database where records are stored and updated in a distributed fashion across multiple nodes on the network. These nodes are located on separate physical machines spread across different localities, organizations, or data centers.

Blockchain technology is one variety of DLT. All blockchains are DLT networks but not all DLT systems are blockchains.

The main characteristics of DLT are:

What Is the Difference Between DLT and Blockchain?

It could be argued that blockchain technology is a more advanced and improved form of DLT. Blockchain’s creator, Satoshi Nakamoto, took basic DLT principles and added important features, such as cryptography and an immutable chain of records, to come up with the concept of the first blockchain network – Bitcoin (BTC).

Later on, newer blockchains, such as Ethereum (ETH), Tron (TRX), and EOS (EOS), added support for smart contracts. Such a feature is not a part of standard DLT systems.

Many concepts that are typically part of blockchain technology are sometimes attributed to DLT in general. However, DLT is nothing more than a distributed database ledger. Concepts such as block mining, cryptography, or immutability of records have been rarely used in DLT systems before the arrival of blockchains. 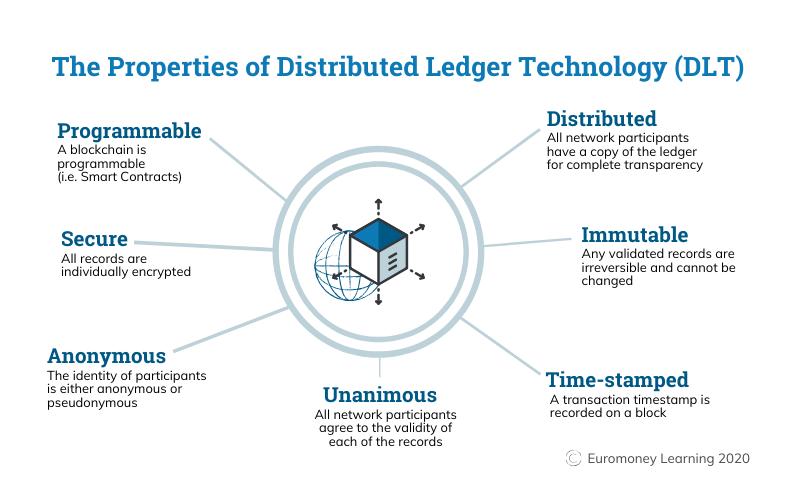 What Are the Main Parts of DLT?

The three main parts of a DLT system are:

DLT systems that are not blockchains are often used as alternatives to centralized databases. DLT systems lack many of blockchain’s advanced features but do have advantages over systems where data is stored centrally.

What Are the Advantages and Disadvantages of DLT?

However, DLT has a number of disadvantages compared to local database storage. The main ones are: 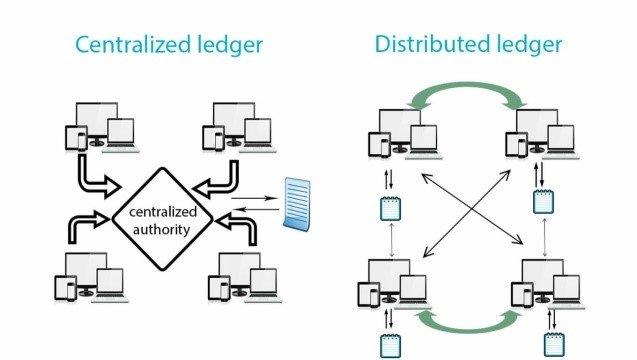 What Are the Other Types of DLT Besides Blockchain?

While blockchain is the most well-known type of DLT, there are some other DLT-based systems in use. The most common ones are Directed Acyclic Graphs (DAG), Hashgraphs, and Holochain.

Directed Acyclic Graphs are DLT networks where data blocks are linked together in a flowchart fashion rather than in sequential blocks as in blockchain. The image below demonstrates the key difference in data structure between DAG and blockchain networks.

The data structures of blockchain and DAG networks (Source: CBCAmerica.org)

In blockchain, each data block must be linked to one previous block. On DAG systems, each transaction must reference and confirm two previous transactions in order to be verified and entered into the ledger. As the number of transactions increases, this double verification leads to the development of a complex flowchart of transactions, as in the image above.

Hashgraph is a form of a DLT system where the priority of transactions is determined by an in-built voting mechanism. Nodes pass messages to each other about network events such as transactions.

As the information is spread among the nodes, the network identifies the more “popular” events, i.e. those broadcast by more nodes. These popular events attain a higher priority in the transaction sequence.

Hashgraph technology was invented primarily as a much faster alternative to the Proof of Work (PoW) blockchains. Hashgraph systems can attain speeds of many thousands of transactions per second.

Holochain is a DLT network where each node runs its own chain. This is radically different from blockchain, where all network nodes run on a single large chain. Having a complex web of individual chains, holochain can be described as the most decentralized among all DLT types.

DLT is a general network design concept that serves as an alternative to centralized databases. The principles of DLT were used in the design of blockchain technology, DAGs, hashgraphs, and holochain systems.

Compared to centralized database systems, DLT networks feature better protection against data loss or corruption, higher transparency, and a lower likelihood of data tampering. However, many companies still prefer the control, privacy and transaction efficiency that comes from using a central database. Nevertheless, DLT has the potential to address many of these factors as blockchains and other DLT systems develop.

In terms of transaction speed, some blockchains based on Proof of Stake (PoS) as well as DAGs, Hashgraphs, and Holochain are already capable of achieving many thousands of transactions per second. This efficiency may see DLT systems gain increasing adoption in the business world.