Ethereum (ETH) blockchain developers recently approved significant changes to the network, collectively called EIP-1559, and is planned to take effect in late July. Under these changes, users will have to send a base fee to the network. After that, the base fee’s ETH will be burned, i.e. destroyed, which will reduce the circulating supply. Rather than reducing high transaction fees across Ethereum-based blockchains, EIP-1559 aims to lower the volatility and raise the predictability of transactions fees. 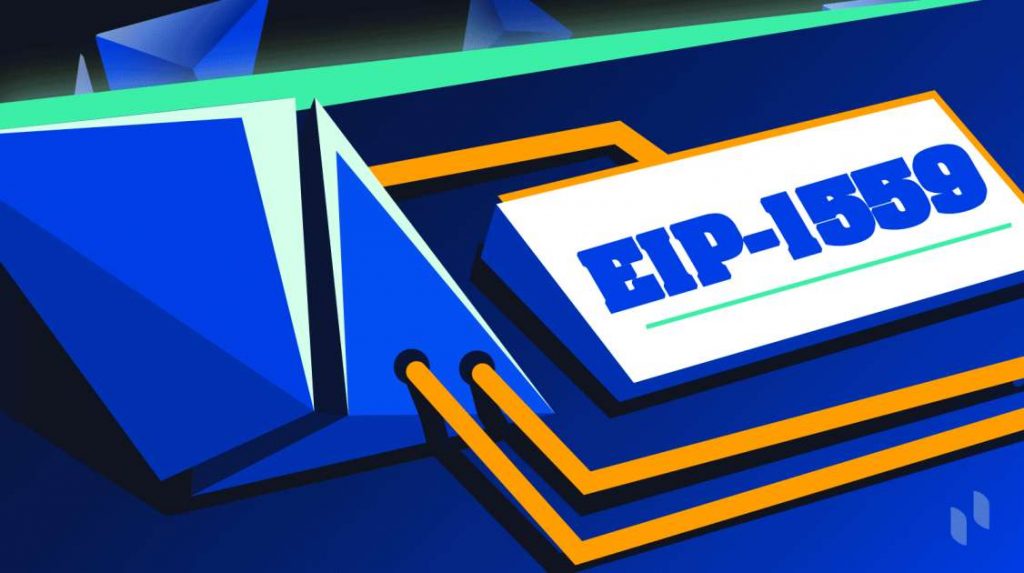 The upcoming changes will likely lead to short-term profit loss within the Ethereum miner community. Transaction fees were a huge part of miner revenues over the last year. With EIP-1559, the protocol will burn a large portion of the overall transaction fees, thereby reducing miner revenue. Many mining pools have shown their disapproval and have begun coordinating to stop the proposed change. As a result, the Ethereum Foundation is preparing to defend against a potential 51% attack on the network.

On the Ethereum blockchain, each transaction fee includes a gas fee that users pay to ensure their transactions are executed. The gas price depends on the demand for block space, which is capped so miners can only execute a limited number of transactions at a given time. The current block size limit is 15 million gas. The block size determines how many changes or how much information is included at one time. Generally, the sum of gas needed for pending transactions is higher than the block limit, causing miners to select which transactions they would like to include.

But herein lies a problem, users do not know how much others are bidding. Under the current fee structure, users have to guess the gas price based on the average price paid in previous blocks. However, there is no reliable way to accurately predict the future demand for block space before submitting a transaction. If a user sets their gas price too high, they risk overpaying. If they set the gas price too low, their transaction may be filtered out, failing to go through completely.

Hence, users are under pressure to place higher gas bids, especially during network congestion to ensure inclusion into new miner blocks. This creates and promotes an inefficient system, which is skewed toward miner revenue. And this isn’t ideal, especially if the network wants to become more mainstream.

EIP-1559 is an Ethereum Improvement Proposal (EIP) that Vitalik Buterin proposed in 2018 to reform the Ethereum fee market. The two main features of this proposal are the target block size mechanism and the new fee model. These two changes will hopefully remove the uncertainty and volatility associated with paying gas.

The new fee model is set to replace the variable first-price auction model currently used by Ethereum to determine transaction fees. The model involves the fee cap, which represents the most users are willing to pay to have their transactions processed. The fee cap includes two types of fees – the base fee and inclusion fee (also known as “tip”):

A study analyzed the new system’s possible behaviors in different states of congestion:

What Are the Possible Problems with EIP-1559?

The proposal has met resistance from various mining pools. In the current system, miners have earned more than $1 billion for five consecutive months. Almost 50% of miner revenue in four of those five months comes from transaction fees, as seen in the figure below. With EIP-1559, the base fee is burned, causing miners to lose a large portion of their revenue. Though there are tips that will directly go to miners, users can choose not to include the fee.

Once EIP-1559 passes, those who rejected the proposed changes will remain on the old fork, while supporters switch to the EIP-1559 fork. It is unclear how this would affect the Ethereum network but both forks may continue to run in a similar manner to Ethereum and Ethereum Classic (ETC). Then, users will have to decide which one they prefer. 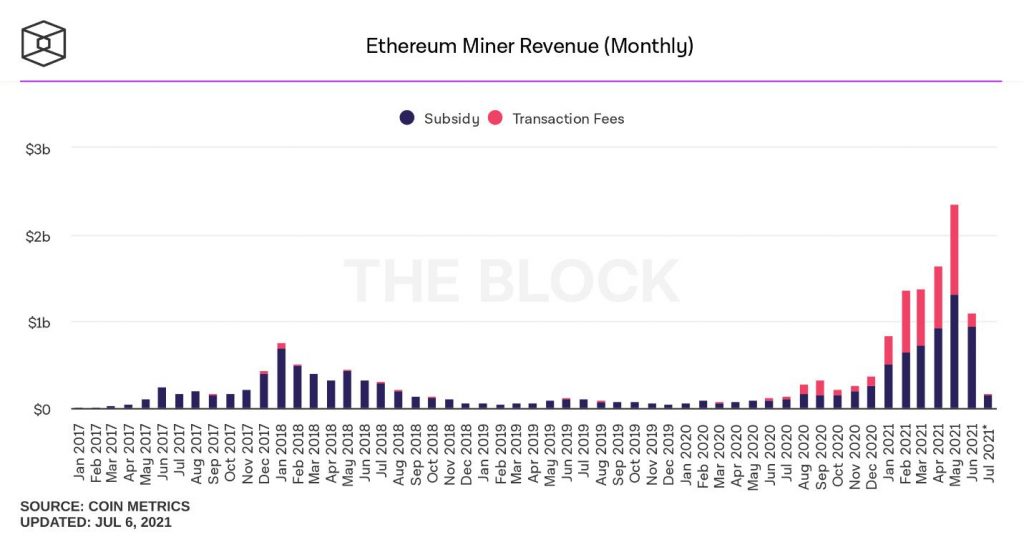 Monthly miner revenue on the Ethereum network. (Source: The Block)

Another possible issue is that miners can still manipulate the base fee. Miners may want to maintain the base fee at a very low value that is almost minuscule so that they can take the entire bid without any burning. They do this by selectively accepting transactions to not exceed the target block capacity, thereby maintaining the base fee at a specific value. Fortunately, this form of base fee manipulation is difficult to achieve as at least 50% of the hashrate must pledge to ignore blocks larger than the target block capacity. Moreover, miners can break off from the coalition and choose to include more transactions anyways.

There is no doubt that EIP-1559 is a key turning point for the Ethereum ecosystem. This is because it will considerably simplify and improve the user experience. Also, it will replace a fee mechanism that is no longer appropriate for a growing network. The new fee model simplifies fee calculation, reduces fee manipulation, and creates a deflationary effect on ETH. However, many mining pools have expressed their dissatisfaction regarding the proposal and announced their decision not to support EIP-1559. The opposing side already has a combined hashrate of more than 51%, and it is unclear how this will affect the Ethereum network. Nonetheless, EIP-1559 is set to deploy on the Ethereum mainnet in late July 2021.