What is StrongBlock (STRONG): Node-as-a-Service (NaaS) Startup for Profitable Validating 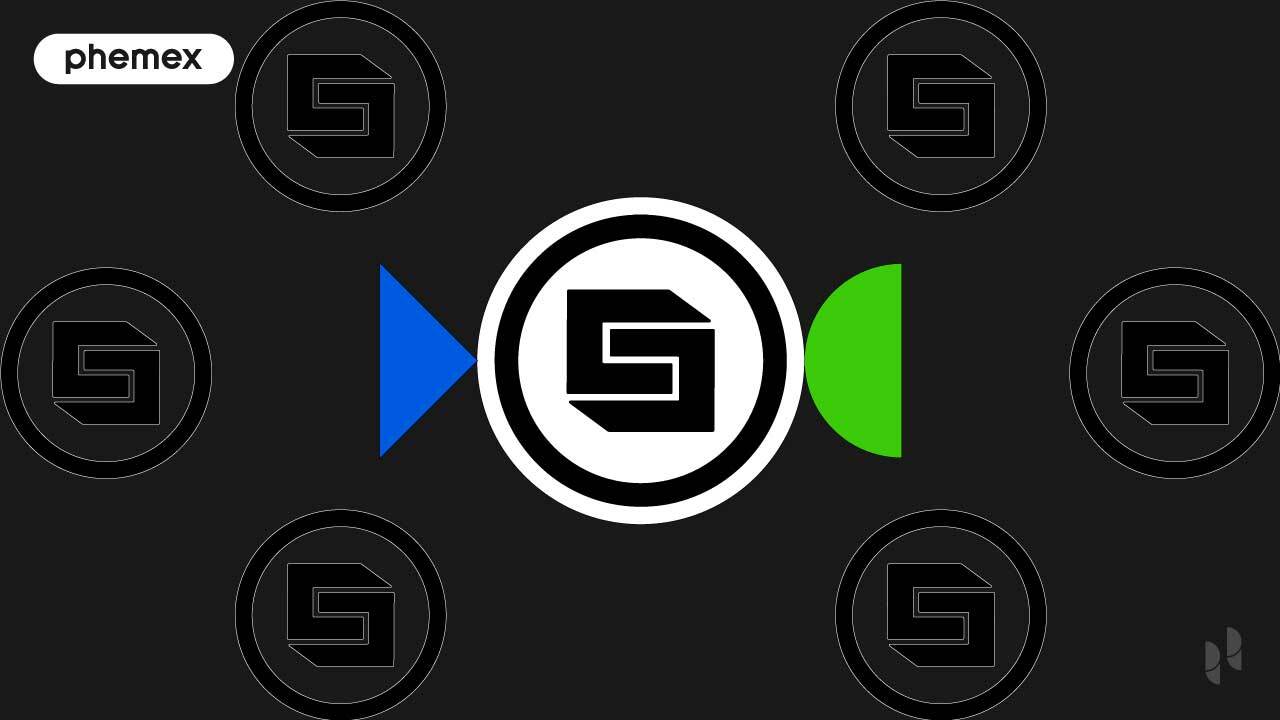 StrongBlock (STRONG) is a Node-as-a-Service (NaaS) platform that enables the creation of nodes for Ethereum (ETH), Polygon (MATIC), EOS (EOS), and other blockchains. The platform makes it easy for users who lack technical capabilities to run their own node on blockchains and receive rewards. The STRONG token is currently trading at $23 with a $10 million market cap and a circulating supply of 400,000. More than 95% of the supply was burned in 2020.

Blockchain nodes are similar to shareholders in a company that participate in the consensus. Nodes validate transactions that are legitimate while filtering out double spends – adding to the security of the blockchain. Depending on the hierarchy of the blockchain, certain nodes can have higher power than others and the ability to produce blocks. If a blockchain is comprised of thousands of nodes, it’s considered highly decentralized.

The StrongBlock ecosystem is one of the most influential Ethereum node services – currently managing more than 15% of all Ethereum nodes. Nearly 2,000 nodes are currently hosted by StrongBlock. Users can easily deposit their ETH and run a node on the platform without having to download the entire blockchain. Ethereum 1.0 is currently supported, but the platform is preparing for Ethereum 2.0 migration to Proof-of-Stake (PoS) in the near future.

Who Is Behind StrongBlock?

David Moss, Strongblock founder, is an American blockchain strategist, advisor, and keynote speaker. Mr. Moss was previously the Vice President of Operations at Block.One – the team behind the EOS (EOS) cryptocurrency that had the most successful Initial Coin Offer (ICO) in history and gathered $4 billion dollars. Block.One is also one of the top 10 largest holders of Bitcoin in the world.

Other experts behind StrongBlock include Brian Abramson and Corey Lederer – both Block.One veterans. They joined together to bring their experience from the EOS team to this new project and dedicated their lives work to making it easier for people to host blockchain nodes.

What Are Strongblock Nodes?

StrongBlock nodes are blockchain nodes that participate in the consensus network of Ethereum, Polygon, Sentinel, and other networks. Usually, the basic requirement to run a node on a blockchain such as Ethereum is to have a system with at least 36GB RAM, 2T SSD memory, and 10+ Mpbs of internet speed running 24/7. Users have to download the entire Ethereum blockchain – currently sized at 990 GB. They have to bring their own mining machines or stake their coins on the blockchain. The technical barrier of entry is high and only a certain number of users can participate as node providers.

StrongBlock simplifies the process by running an active network of nodes and allowing users to start their own node using their servers by depositing Ethereum or other crypto using decentralized wallets such as MetaMask. Users have to connect to the adequate RPC and deposit crypto in their wallet before they can start a node. Once the tokens are deposited in the StrongBlock NaaS system, they instantly start earning rewards in proportion to their stake on the platform.

In the StrongBlock white paper, they label their NaaS rewards system as a “Node Universal Basic Income” (NUBI). The principle is similar to the “Universal Basic Income” (UBI) idea in politics that would grant every adult citizen a monetary payment for existing, or as a human right. Similarly, nodes receiving StrongBlock node rewards are entitled to a certain sum every block based on their contribution. The STRONG token plays a major role in this case as it’s used for settling payments on the platform. Users can also choose to be paid in NFT (ERC-1155) tokens which they can sell on marketplaces such as OpenSea.

How Does Strongblock Work?

StrongBlock offers two main blockchain node services: Nodes-as-a-Service (NaaS) and Bring-your-own-Node (BYON). The former is their most used service because it makes the node creation process easier. The latter is for users already running a node on Ethereum that can bring their node to the StrongBlock ecosystem to receive STRONG rewards. Both require a minimum contribution of 10 STRONG to get started ($230 at the time of writing).

The main difference between mining Ethereum by running an own node and mining on StrongBlock is that users mine STRONG tokens instead of Ethereum.

What is Strongblock NaaS?

NaaS stands for Node-as-a-Service. The StrongBlock ecosystem is currently running 1,700 nodes on the Ethereum network and users can join any of them or start a new node. The setup process is a few clicks away and users must have MetaMask installed to deposit on the platform. Once they deposit Ethereum or one of the other supported cryptos, they can start earning rewards that are automatically paid out.

The barrier of entry for the NaaS system is a one-time contribution of 10 STRONG crypto coins. There are additional management fees, fixed at $14.95/month. The rewards are paid after every block in proportion to the user’s contribution to the network. If they start mining STRONG, they are allowed to “signal” one node for each STRONG coin. Signaling is a trust mechanism that the node is legitimate. If a node exhibits malicious behavior, users can recall their signal.

Ethereum miners who already have a running copy of the Ethereum blockchain and are mining the coin with their own machines can bring their node to the StrongBlock ecosystem and join it. Once they join the ecosystem, they can start receiving rewards in the STRONG token.

These users are entitled to the same benefits as NaaS users: Instant payouts for every block, node signaling, and StrongBlock token rewards. They also have to make a contribution of 10 STRONG coins at the start. There are no monthly fees inside the platform, but if they want to join the StrongBlock network externally the fees range from $50-150.

What Is The STRONG Coin?

The STRONG token is an ERC-20 token running on the Ethereum blockchain. It’s a governance coin for the StrongBlock DAO (Decentralized Autonomous Organization) that allows users to vote and participate in debates on the future of the community. The token was audited by Hacken (a blockchain security company) and received a favorable rating.

The original token supply was 10 million. More than 95% of the tokens were burned. This was followed by the StrongBlock havening process that makes it difficult to mine near STRONG tokens, similar to a Bitcoin havening. The current circulating supply is 400,000 and gradually decreasing. The following is a breakdown of the STRONG coin price over the last two years: The STRONG coin is highly volatile and connected to the price-performance of Ethereum. When Bitcoin made an all-time high of $69,000 in November 2021, Ethereum followed and this was met with an increase in demand for Ethereum nodes which lead to the appreciation of the Strong Block price.

The STRONG crypto price depreciated greatly since its $1,200 peak due to the state of the crypto market and the fact that nodes joining on the network are paid in STRONG tokens which incentivizes them to sell for a profit. This lead to depreciation of the STRONG coin price after the market peaked and the demand for nodes decreased.

The limited supply of only 400,000 coins in circulation (52x less than Bitcoin’s supply) means the token will easily trade in the hundreds or thousands of dollars once it’s on an uptrend. As the team holds nearly 200,000 of the coins in circulation, this means retail traders only have access to 200,000 STRONG tokens.

How To Buy The STRONG Coin?

The StrongBlock team devised a unique way to simplify the overtly technical node-operation procedure. Instead of spending thousands of dollars on setting up a node system, users can join the existing StrongBlock network with a smaller contribution and reap the rewards of a full node operator. The unique, limited supply of the token and its previous price appreciation make it a bullish investment. The only risk factor is that the token performance is highly tied to the performance of the crypto market as a whole.

The team plans to unveil new features such as support for Bitcoin node operation and migration to Ethereum 2.0 once the Ethereum team completes their Proof-of-Stake (PoS) upgrades. This would allow users to stake their Ethereum directly in the new system, possibly without the 32 ETH requirements. If they deliver on their promise and expand their NaaS services to even more blockchains, they will likely remain among the largest node platforms for years to come.